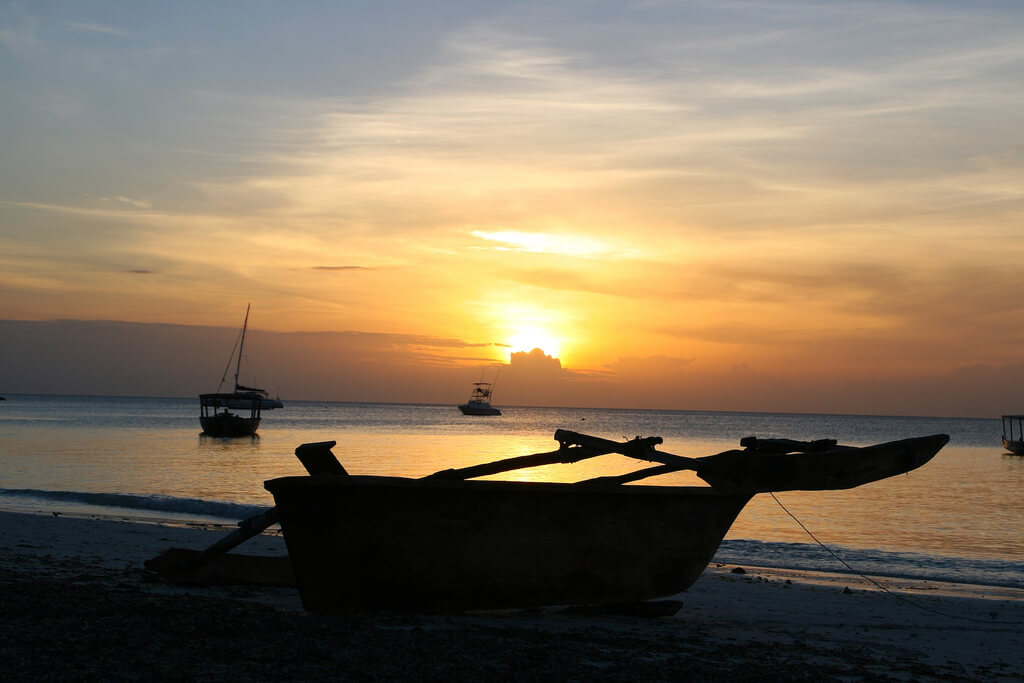 Like I mentioned in my last post, our introduction to Tanzania was a long bus ride between the Zambian border post and Dar es Salaam (a great way to spend my 26th birthday… or not). We were also taken aback by the difference in personality between Zambians and Tanzanians – rather than wanting to help us the Tanzanians looked at us as though we were big, fat dollar signs.

We spent only a few days in Tanzania, most of them in transit, four in Zanzibar and one in Moshi. Accordingly, we didn’t have enough time to really pass judgment on the country as a whole, but it was however enough time to determine that the touts in Tanzania are some of the most persistent and irritating in the world. For instance, on the way to Zanzibar we had to buy ferry tickets. Trying to buy a ferry ticket was incredibly … trying. We knew the tickets were $20 including port tax but we immediately got pulled into an office where they quoted $20 + $5 port tax. They looked us in the eye and promised that they weren’t lying. However, when Jon managed to escape and find the actual booking office (after meeting another tout who insisted that only the expensive boat was running today – despite the fact that we could see the regular ferry being boarded in the port), sure enough the cost was $20… flat. For more ferry advice, see the bottom of this post.

Finally in Zanzibar, some aspects of the island were amazing; these included: the white sand beaches, the crystal clear Indian Ocean, the fresh fish, and the amazing (and expensive) gourmet dinner we had to celebrate my birthday. Other parts weren’t that great. For instance, the whole time we worried about being charged mzungu (white person) prices. We were continually barraged with cries of “Hey Mzungu… wanna boat trip?”, “Hey Mzungu… wanna buy some Maasai jewellery?” and “Hey Mzungu… I know you are here to relax but wanna buy this painting?” We were also blown away by the tenacity of the touts in Stone Town. As usual, when we arrived we needed to find a place to stay – the Lonely Planet had warned us about the aggressive touts in Stone Town and we were striving to avoid them. Unfortunately the commission scheme in place all over Zanzibar is designed in such a way that you cannot rid yourself of your tout once you have been claimed by him. Though we tried all sorts of tactics to lose him (including stopping in our tracks, pawning him off on a police officer and going into shops) he stuck around. It was only later we learnt the standard commission was only 200TSh or about 13 cents; all the hotels pay this to touts who bring them customers, it doesn’t affect the room price at all. We had unknowingly tried to change a firmly implemented Zanzibar remuneration system. Sadly, fighting with the tout started off our visit in Zanzibar on a less that cheerful note.

On our second day we went on a Spice Tour – this was really interesting. On the way to the spice plantations we saw our first Obama shrine, and you must remember this was almost one full month before the election! The rest of the tour included spice plantations where we saw all sorts of spices in their original state: on trees, in the ground, on bushes and even vanilla beans on the vine. 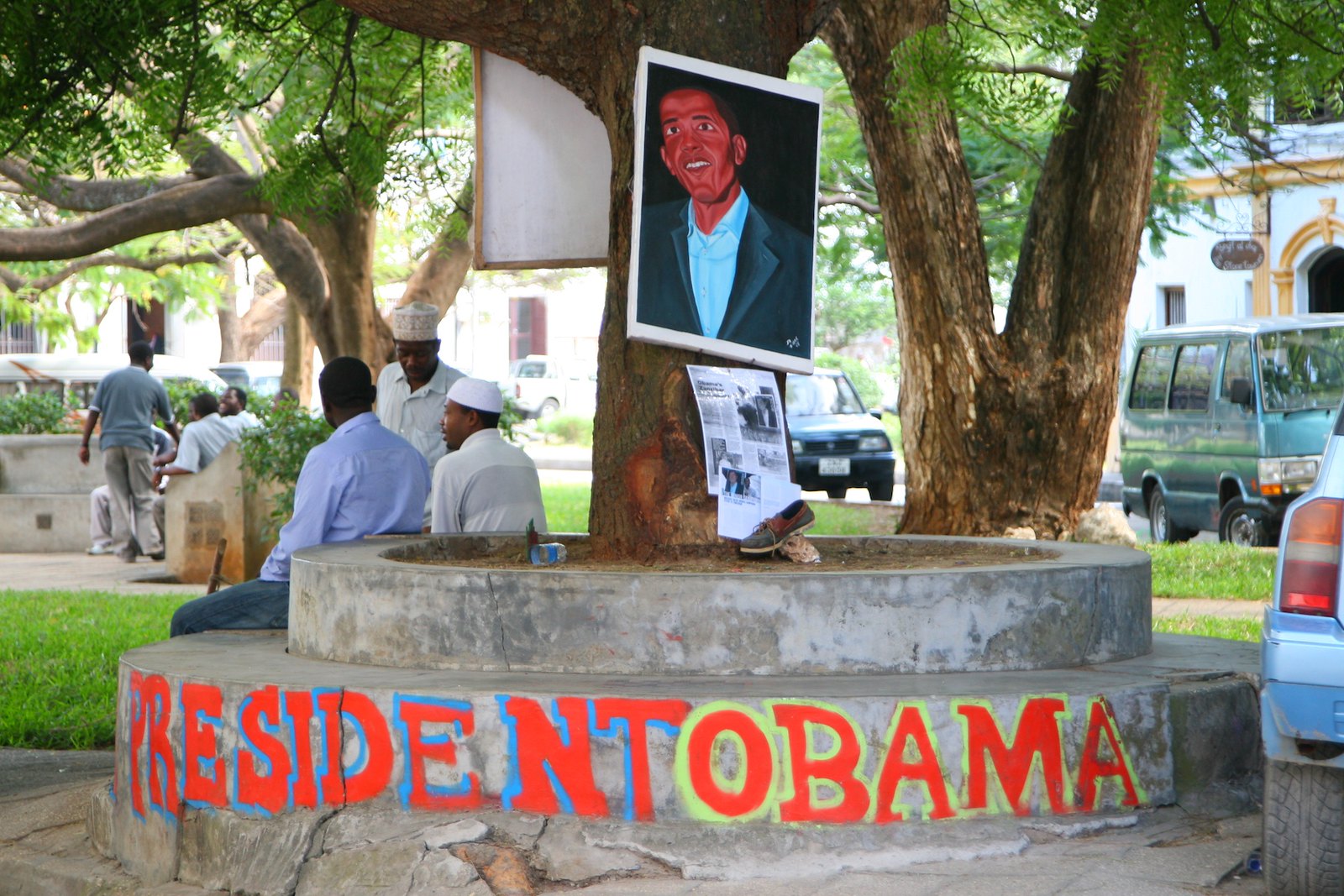 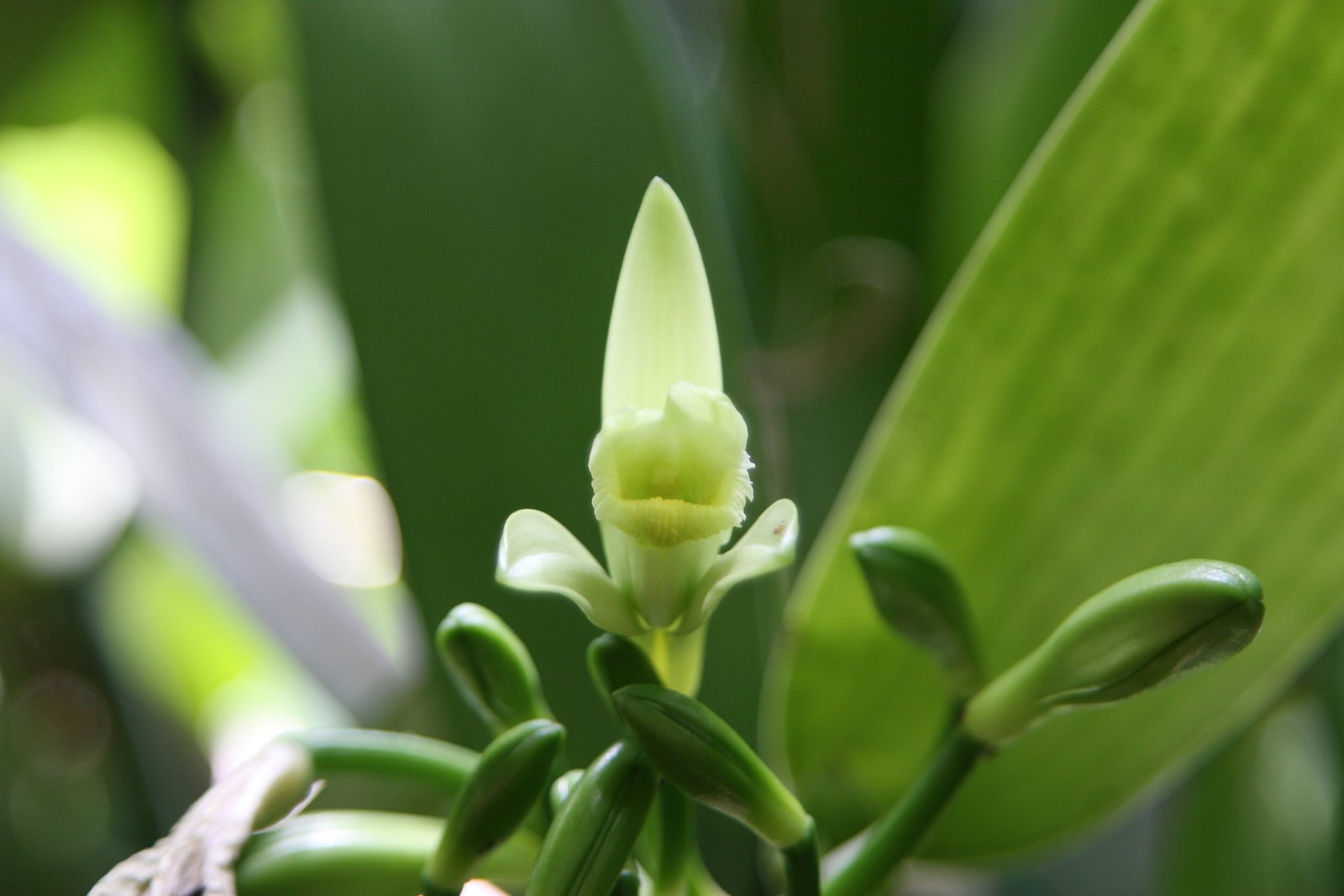 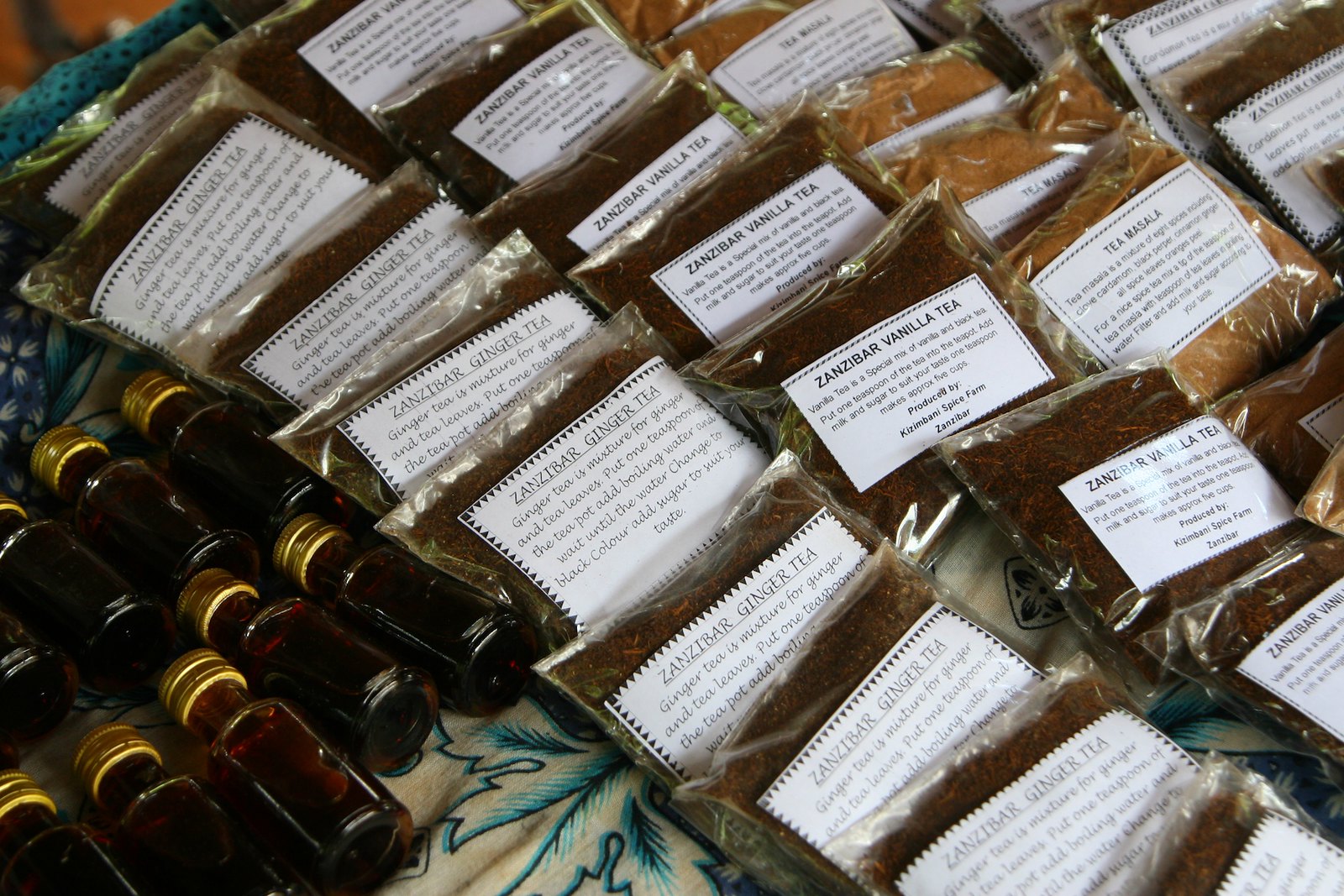 After the tour we set off to the beach in northern Zanzibar. We spent lots of time relaxing and one day on a snorkelling tour, where the coral was amazing and the fresh lunch we were served was excellent. While the island was beautiful, of all the idyllic beach-y places we have been I would hesitate to recommend Zanzibar. The constant hassle never lets up, regardless of how many times you say “no” and, compared to places like Thailand it is really expensive! 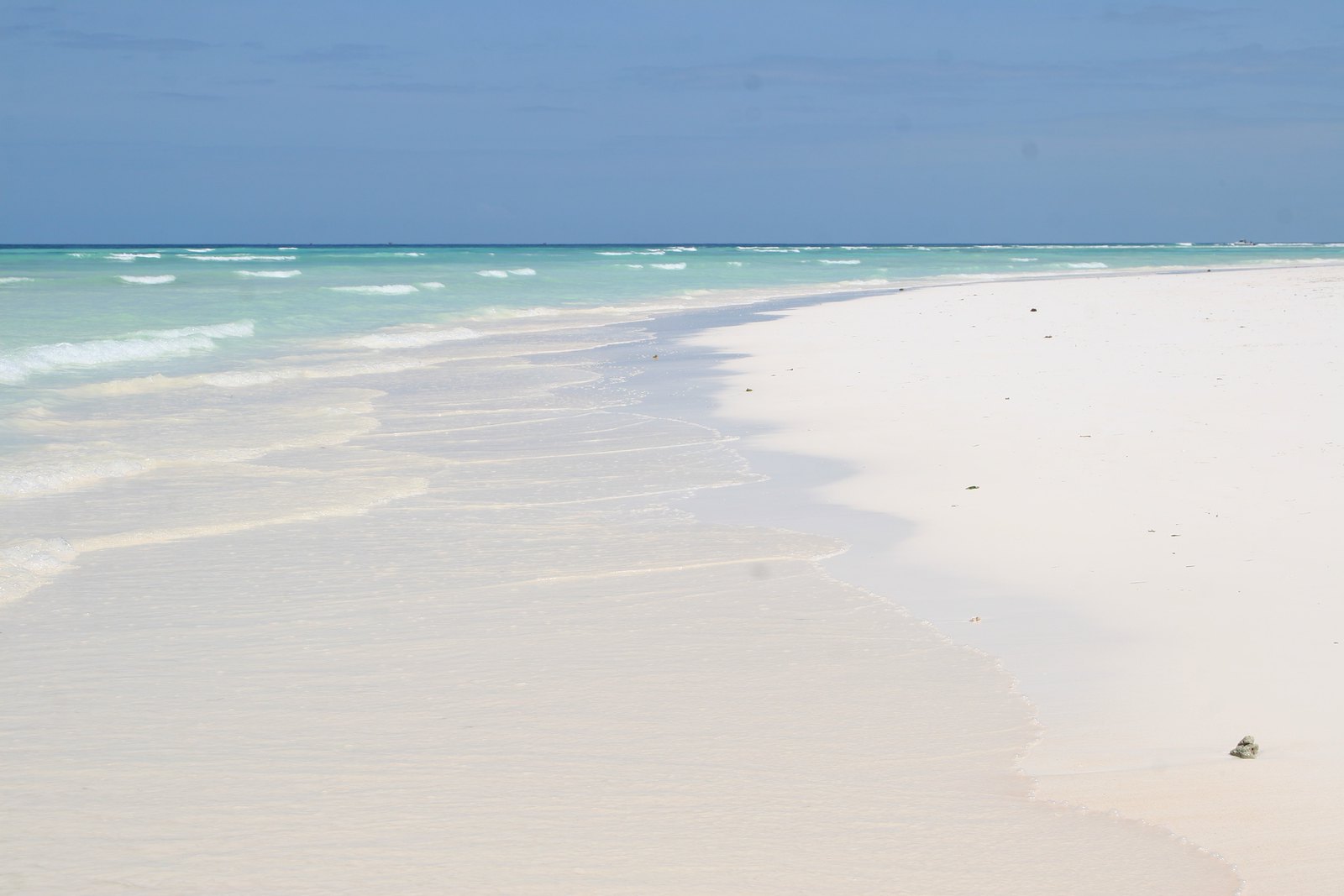 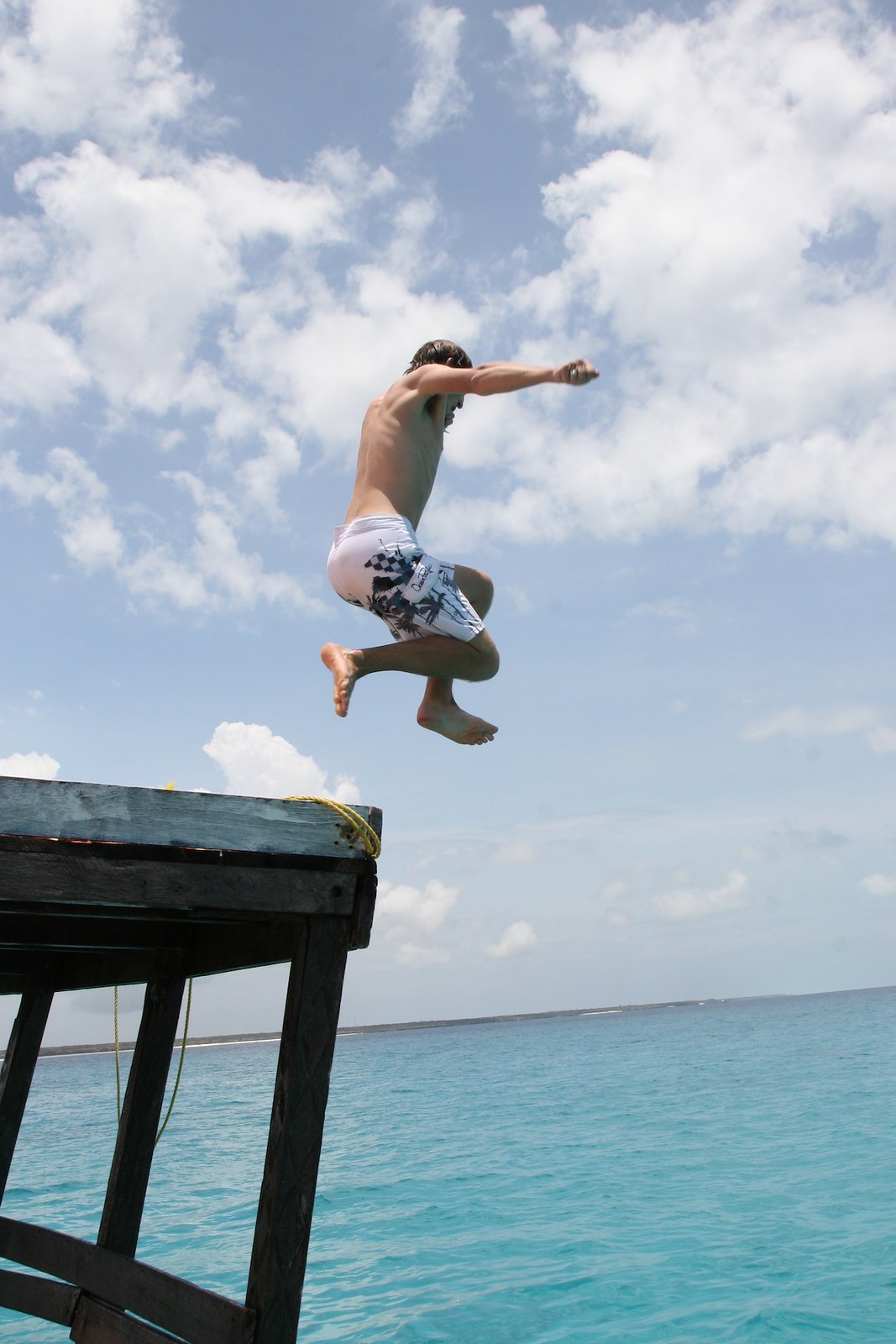 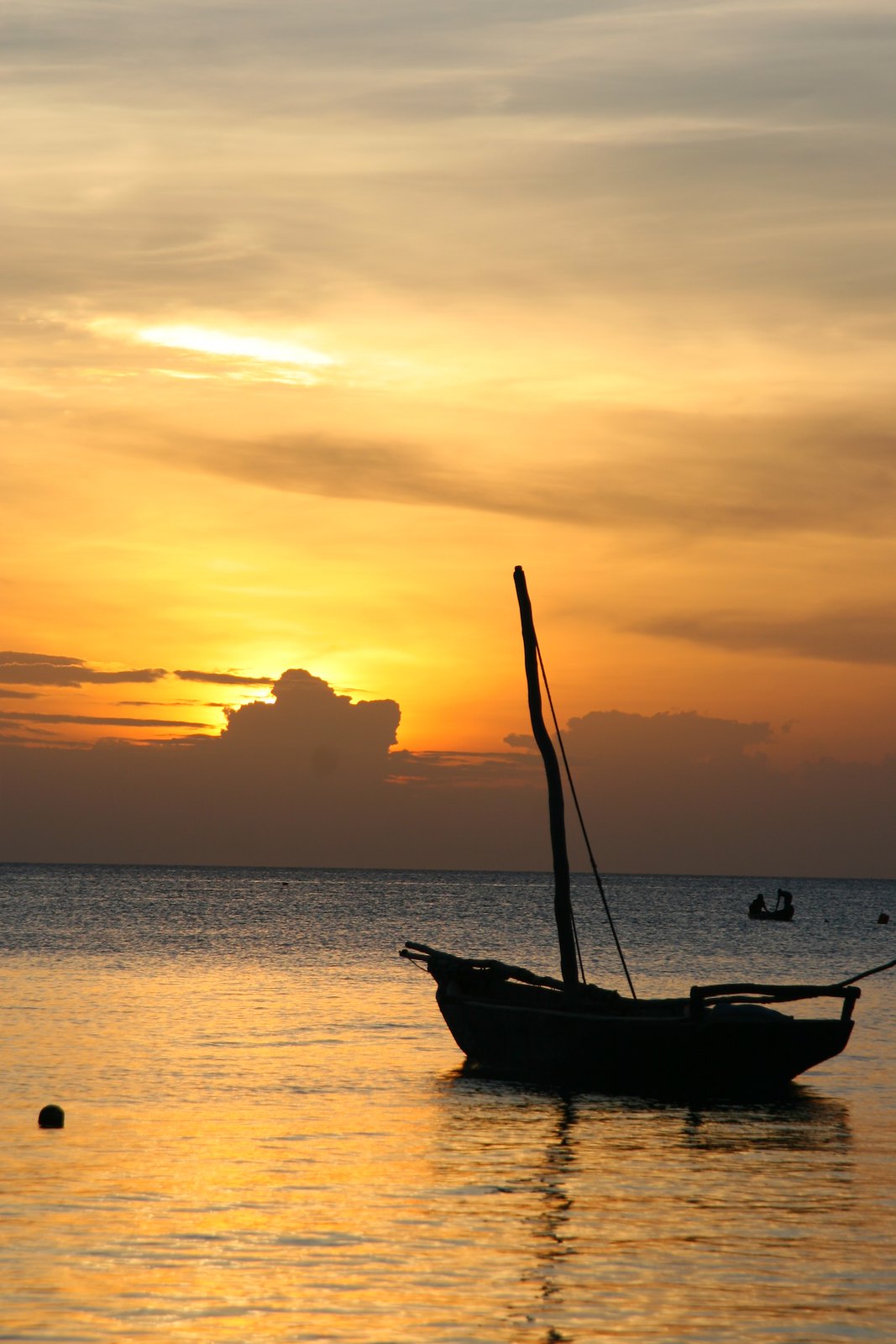 Our only other stop in Tanzania was in Moshi, right at the base of Mt. Killimanjaro. Though we didn’t climb her this time, we did enjoy a day hiking in Marangu on the lower slopes of the mountain. It was great fun to wander around the base, checking out beautiful waterfalls and waving at all the Sunday revellers drinking their banana beer. It was extra good as it was also one of the first times in ages that we had actually spent the day walking! Up until this point, Africa hadn’t been good for our fitness levels! 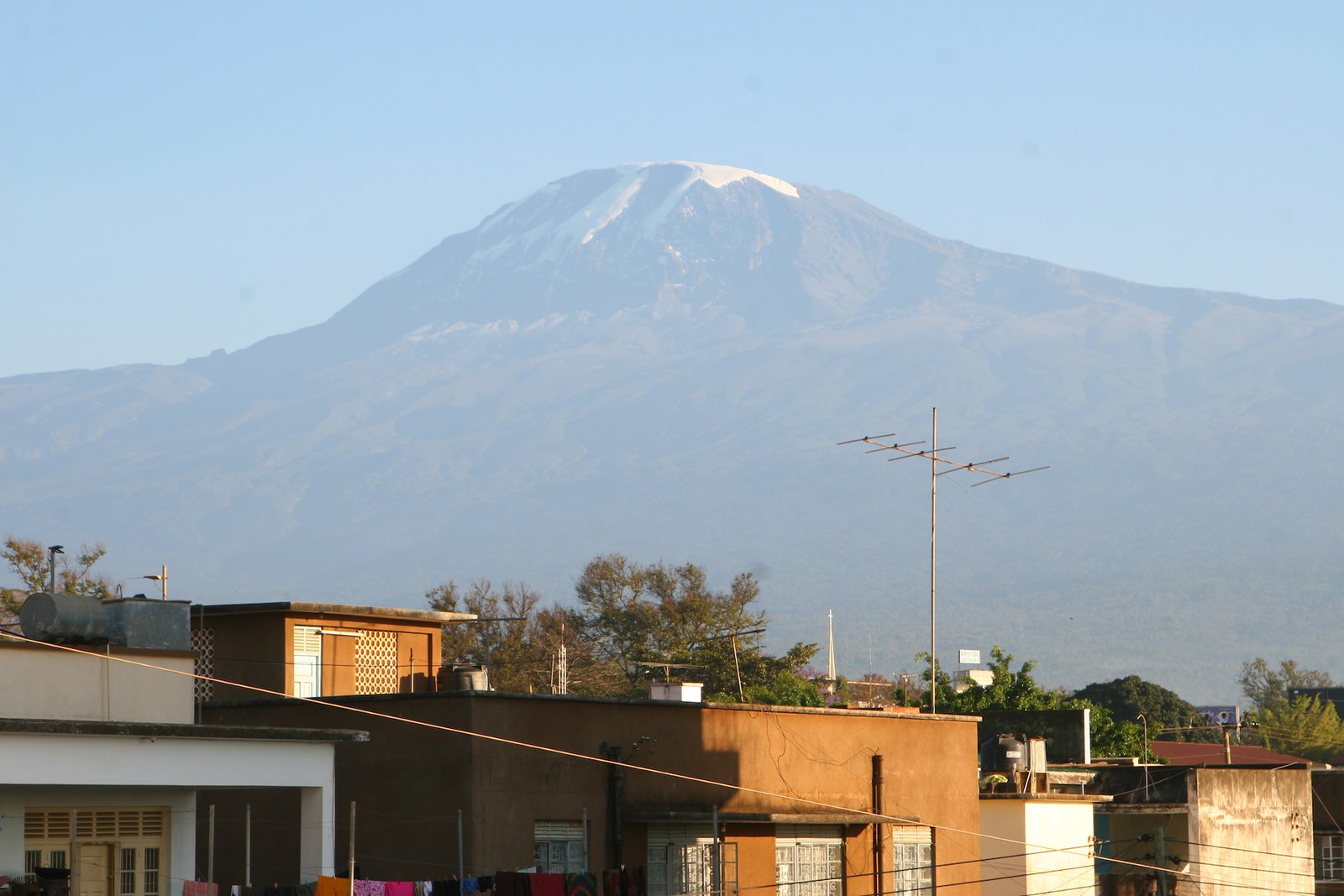 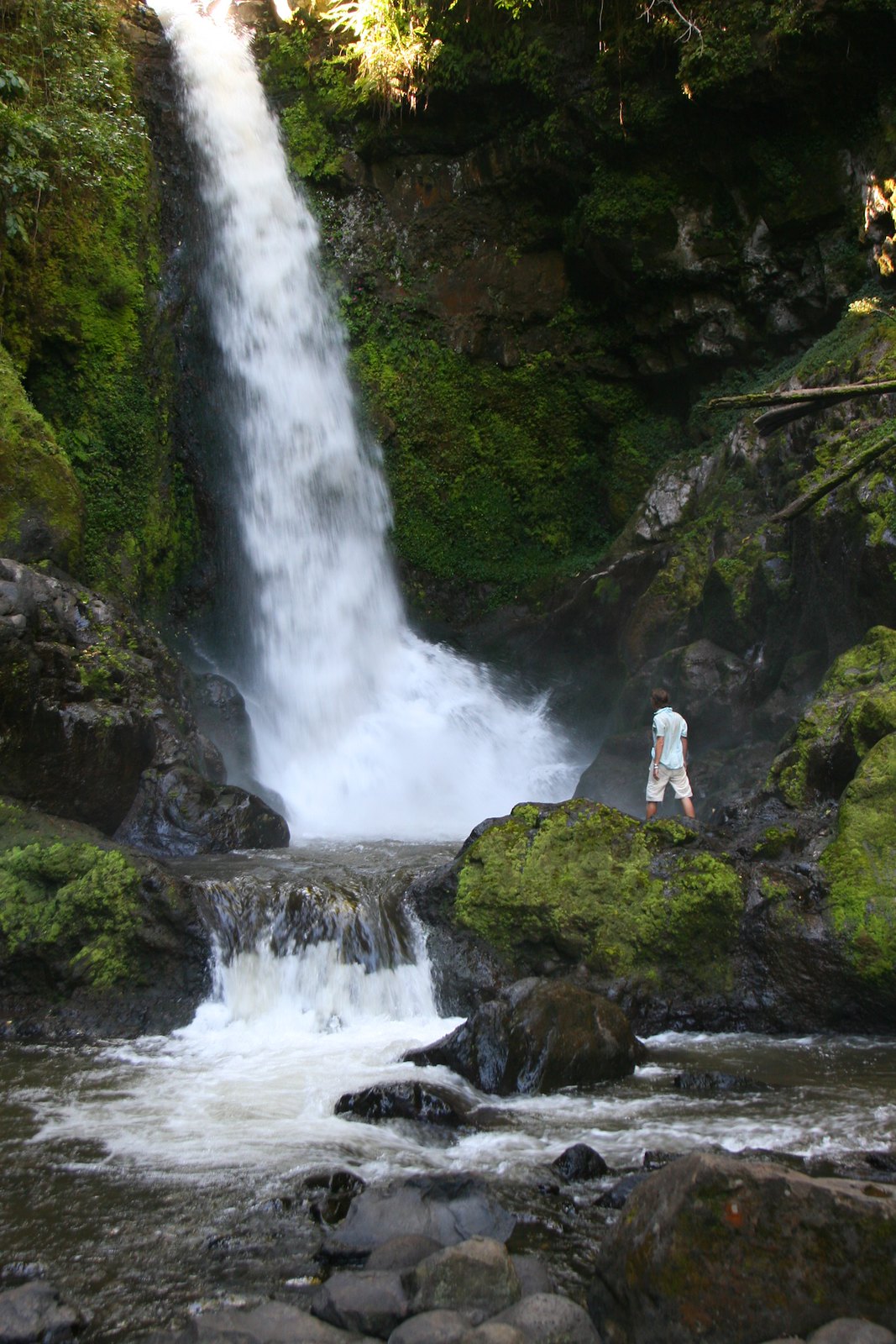 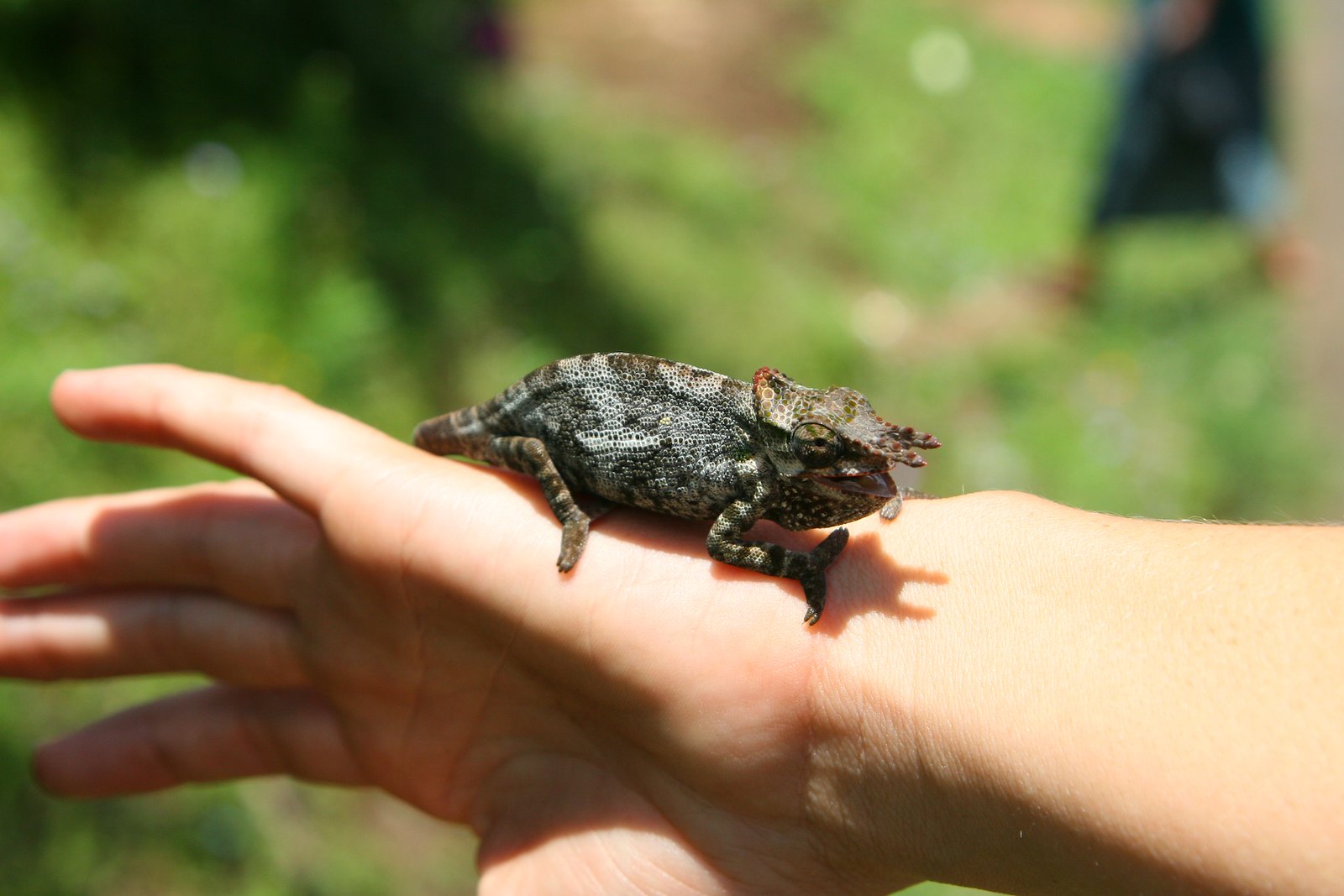 The following day we left Tanzania on a long, long, long bus ride through Nairobi, Kenya and all the way to Kampala, Uganda.

As a side note, if you are doing Tanzania on a budget – taking the night ferry back from Zanzibar to Dar is a great way to save on a night’s accommodation! If you take the Flying Horse slow ferry (not the Flying Dolphin) your $20 foreigner price ticket gets you into the VIP section where you can sleep on couches or mattresses! If you get there 1.5 hours before the ferry leaves you can get the best spots on the ship! It’s a safe and excellent way to get back to the mainland!