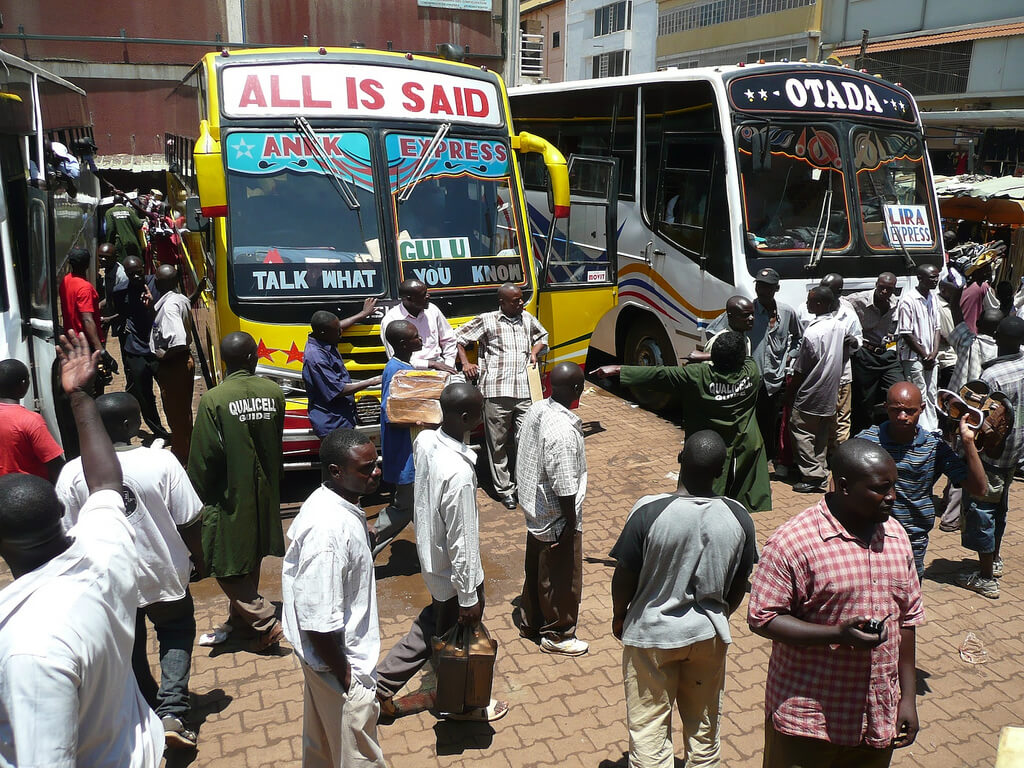 We had a vast distance to cover on our overnight journey between Nairobi and Kampala, Uganda’s capital city—505km. I don’t think I could sum up the journey any better than Akamba’s Public Road Services own website; Akamba Passenger Services are described as, “A courier service is a company that helps businesses ship packages all over the world cheaply and overnight by using the cargo space normally allotted to passengers.” If you click on the link entitled ‘Credibility’, you will notice it leads you to a page named ‘blank.htm’. As for the bus we were being shipped on, our window lacked a latch. Now, let me dispel any myths here and now that equatorial countries do not get cold—Kenya was cold that night, and as our window slowly shook open, cold air would wake us from our two or three minute sleep. Everyone was cold, even those with window latches, and wrapped in mismatched blankets. The pile of blankets that was our driver changed gears using a gearshift wrapped in a hoodie. It was as though a homeless shelter hijacked the bus and we were fleeing the country. Very slowly. As soon as the bus gained any speed on the short strips of tarmac, the driver would mash the brakes to inch past a pair of spike strips haphazardly laid every dozen kilometres or so. Not a bad deal, really: rather than pay a hefty fine for speeding, you’ll just destroy all your tires and, if you manage to avoid careening out of control, you get off without any demerit points. Program ‘spike strips everywhere’ has freed up precious police resources to fill the gaps between the spike strips. Again, as soon as the bus gained any speed, it would grind to a halt and become subject to a random search that consisted of sophisticated police techniques such as ‘poking random bags with batons’ and ‘staring at you’. If you end up in a similar situation, we found that the ‘not speaking Swahili’ and ‘wearing sunglasses’ techniques are a good counters.

Thirteen hours later (I’ll let you do the math as to our average speed), we finally reached Kampala—and the Akamba bus was only a sample of what was to come: 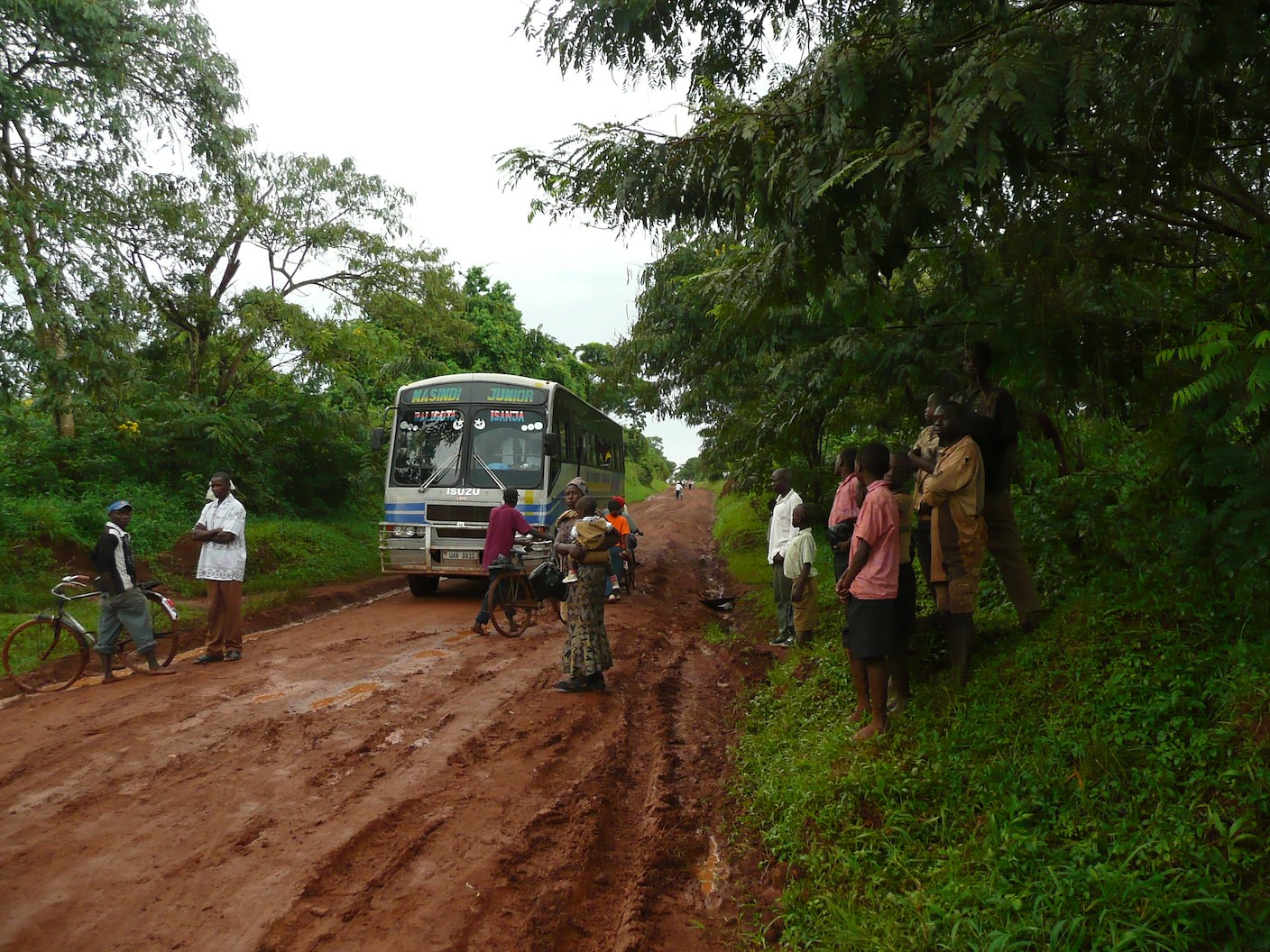 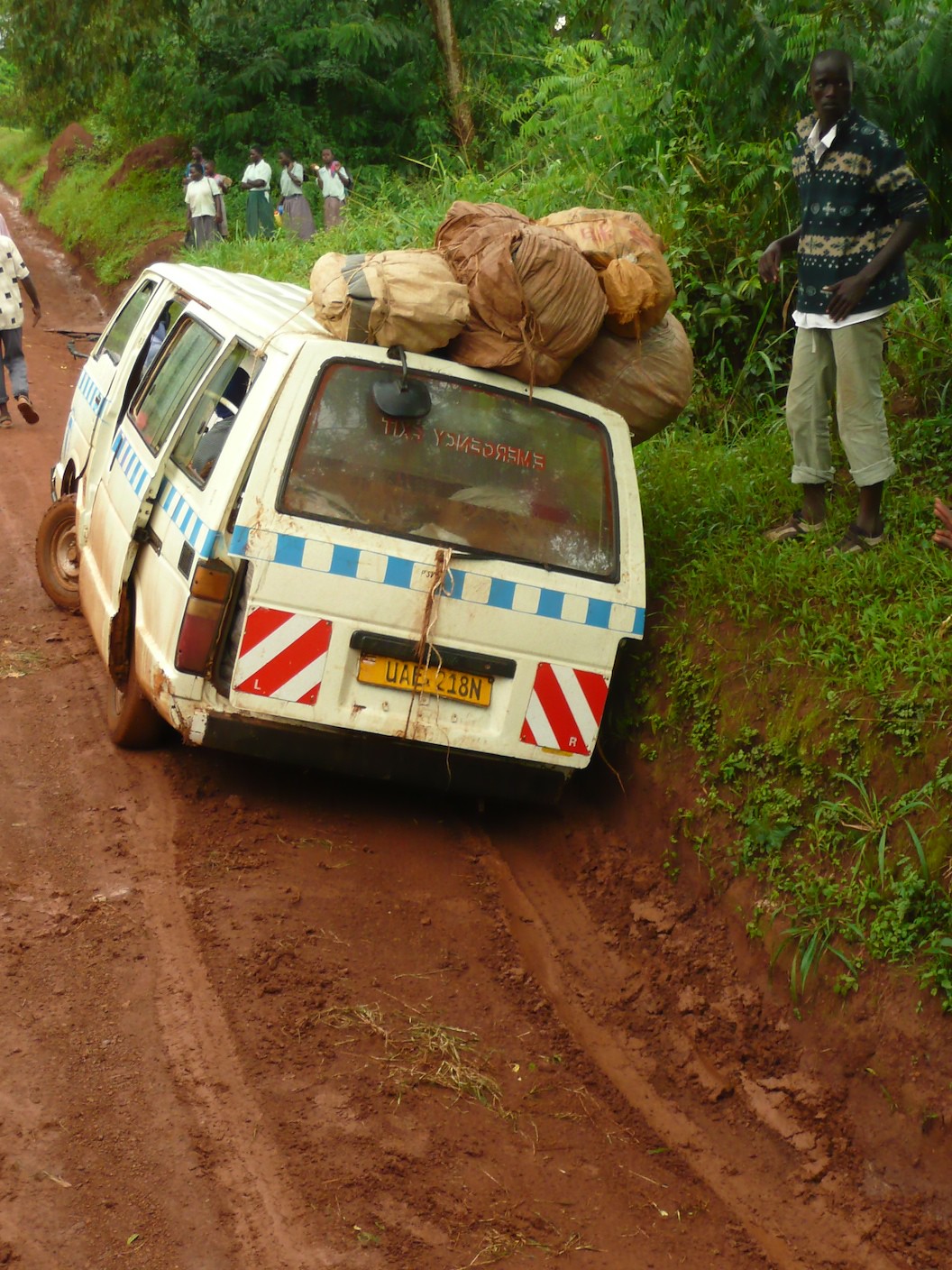 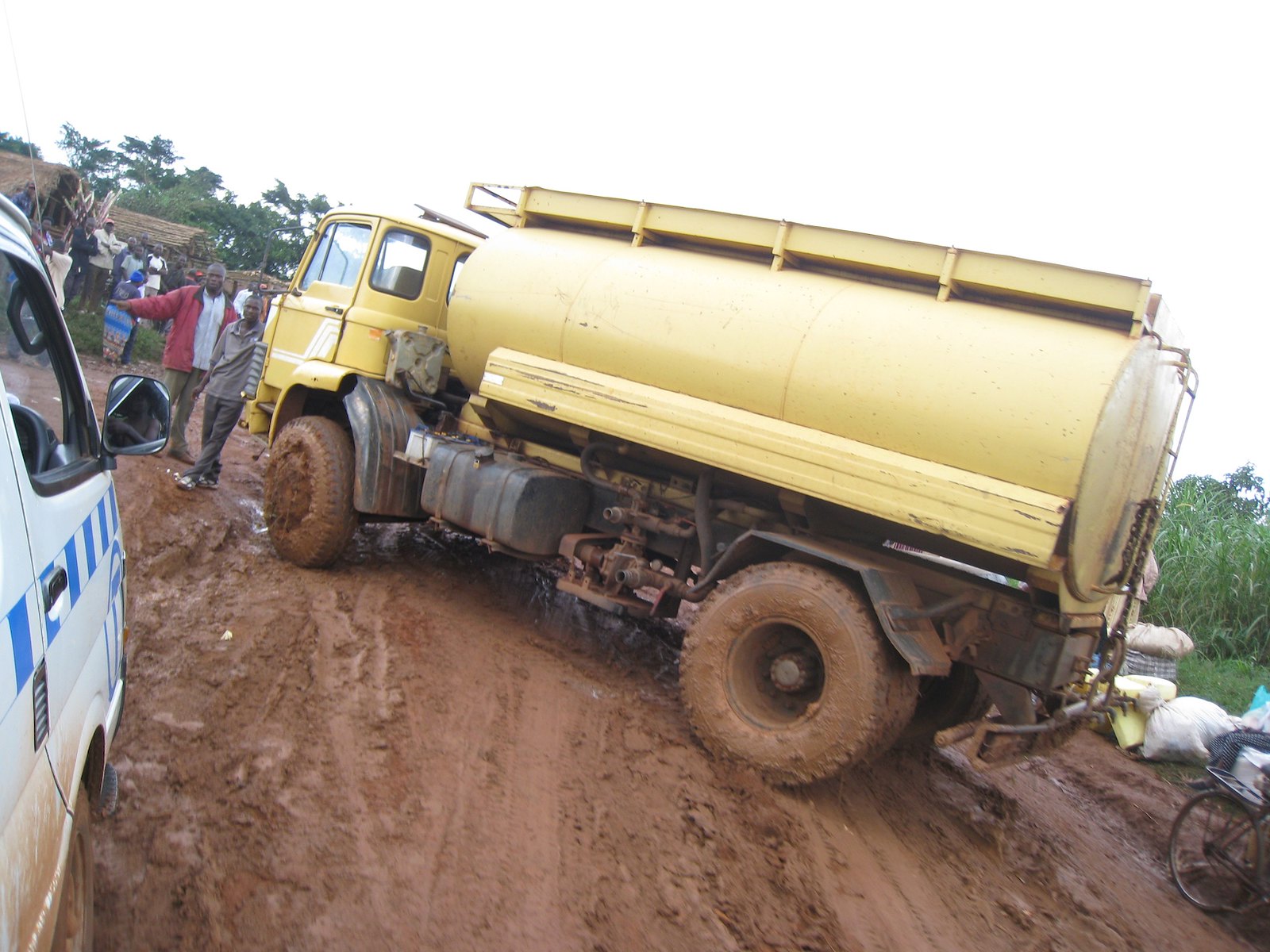 Sure, transport in Uganda was kind of dangerous, but through all the tumultuous transport, Uganda did not disappoint–as you will read in my next post.