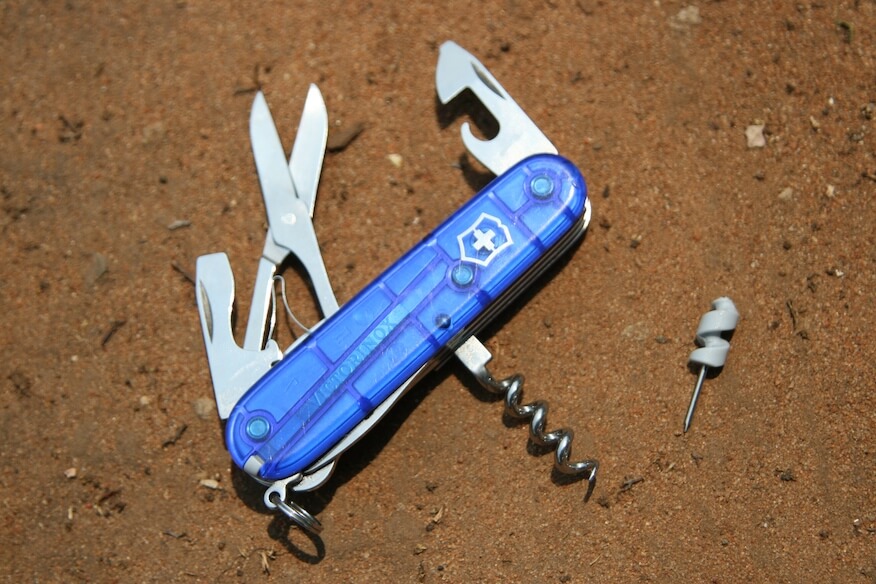 Fuelled by delicious K2,000 ($0.70 CAD) espresso from a magical place called Wonderbake in downtown Livingstone (Zambia), I decided to pen a deeper contemplation on what we’ve been hauling around the world. I’m not going to run through the basics—Allison covered that at the start of our trip; I’m going to touch on our rarely mentioned, but legendarily useful items. 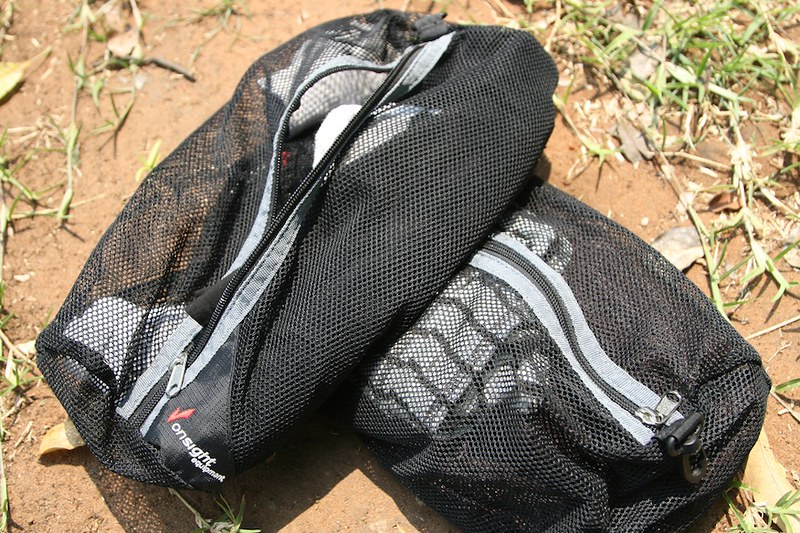 Mesh packing bags, from Mountain Equipment Coop, about $12-15
These medium-sized bags are a fantastic way to organize your clothes inside a large backpack. I have pants/shorts in one, shirts in another, and everything else in a third. If your bag has side zipper access, you can pull out the bags like drawers in a dresser. Alternatively, you can use the bags to separate your dirty from your less dirty clothes. 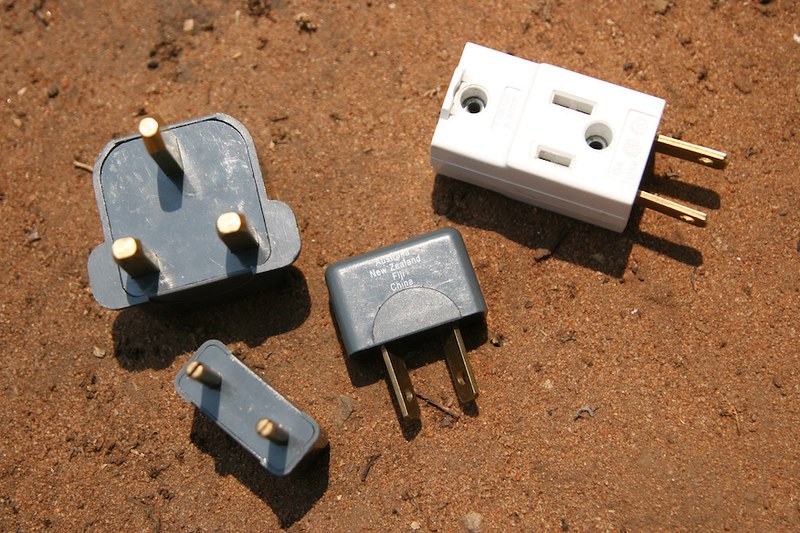 A power cube, local hardware or dollar store, about $2
If you took my overweight thumb, made it more cube-like, and armed it with three faces of raw electricity providing power, you would have this: a power cube. Infinitely nifty, the cube turns a single outlet into three. Using a single set of international adapters, you can charge up to three devices at the same time. Developing nation power grids will be at your mercy. 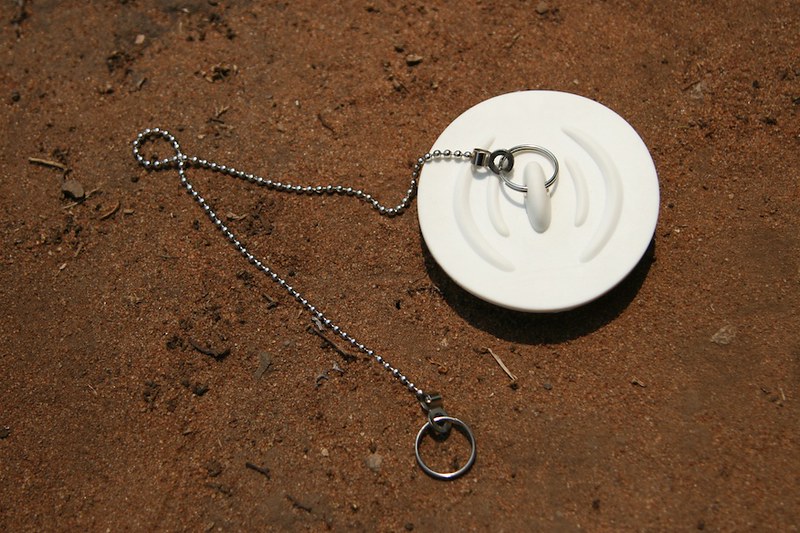 A universal drain plug, hardware or grocery stores, about $5
I don’t know if there is a global shortage or if backpackers love to collect them, but virtually everywhere we’ve stayed have lacked drain plugs. Carrying your own universal drain plug—that fits 99.96% of home and office drains—is critical when mixing hot and cold water from separate taps (for that perfect man-spa-like shave) or doing laundry. We’ve even used ours to cool wine in a sink; however we needed to closely guard the sink as many travellers began to eye our plug. 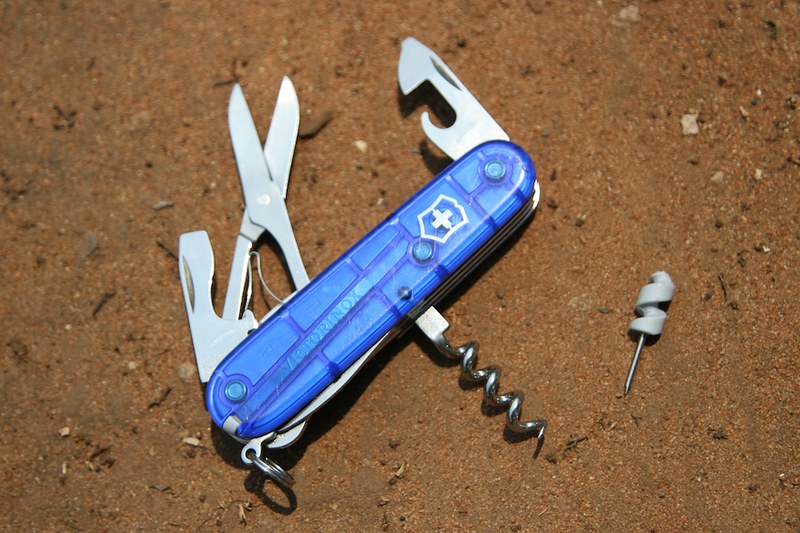 A Swiss Army knife, MEC or any travel store, $varies
The bottle opener and corkscrew are used almost daily to get at precious beer or wine. The long blade is used less frequently to cut fruit. The scissors have been used a couple of times to cut open packages. The screwdriver was used once to repair a faulty refrigerator plug. The very small optical screwdriver was also used—to repair Allison’s camera. 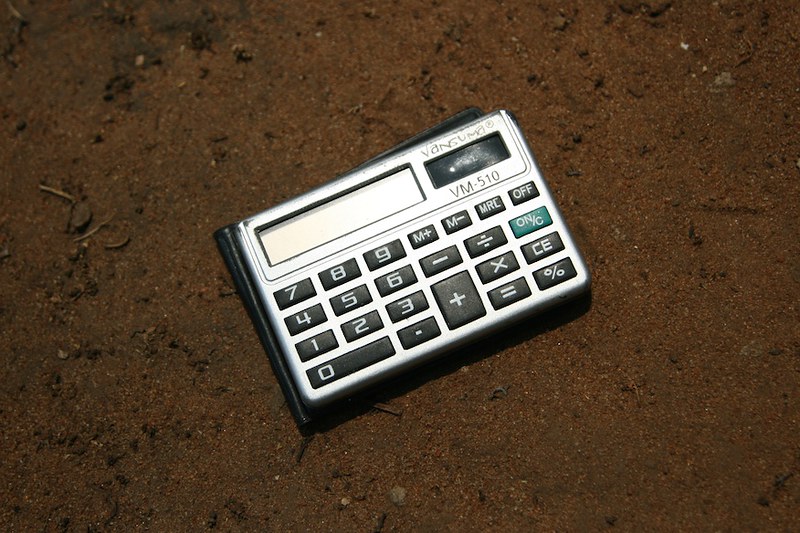 A small calculator, we got ours in Thailand for about $1
Fantastic for quick currency conversions to make sure you aren’t getting the raw end of the deal. Also a useful bargaining tool if the merchant’s English is lacking. We’ve completed a few negotiations through the use of the calculator. 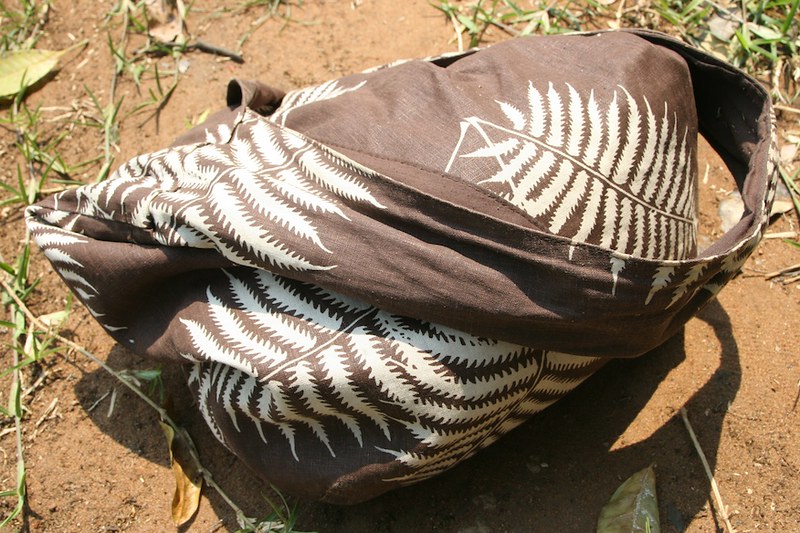 A collapsable bag that isn’t your day pack, $varies
You probably have one big bag with all your clothes and inexpensive accessories and a second small bag with the good stuff: a camera, your passport, a laptop, money. Often you’ll secure the second small bag (either by putting it in the hostel’s safe, or by hiding it under the bed covers to make it look like it’s you sleeping in the bed) and hit the town to explore. Do you really want to unpack your small bag to carry only what you’ll need for the day? We don’t because we’re lazy. Bring a lightweight shoulder-bag that can roll up inside one of your two bags. 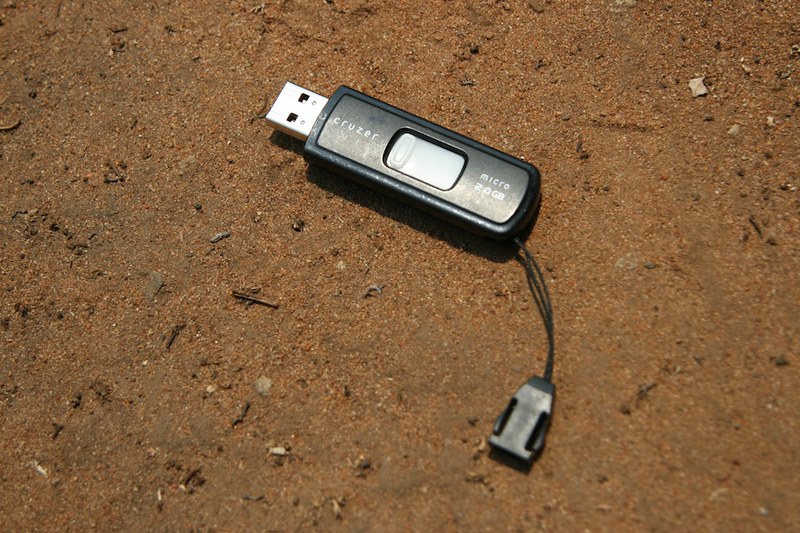 A USB key, computer store, $20-40
Regardless of whether you carry a laptop—we do, and I would highly recommend travelling with one—a USB key (or memory stick if you prefer) is a mighty tool to have. Swap files and photos, carry scanned copies of all your important documents (encrypted, please), website bookmarks, and—if you concerned about privacy, some helpful tools such as FirefoxPortable and Neo’s SafeKeys. 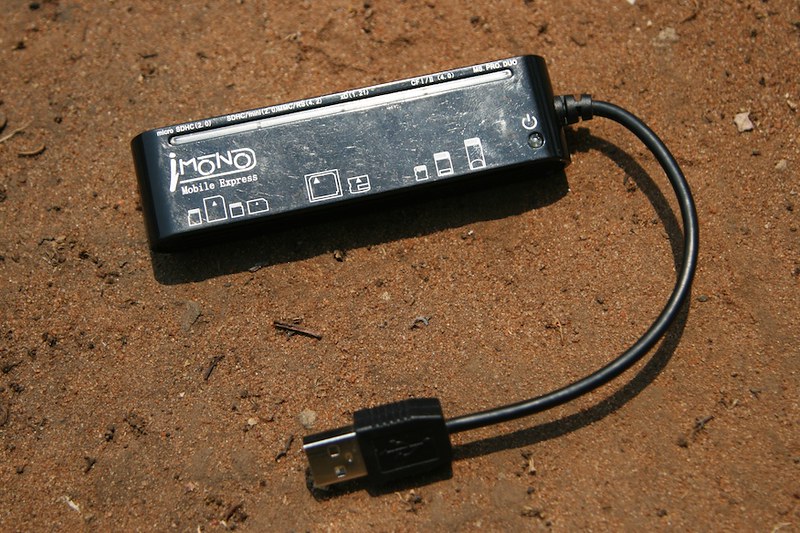 A camera memory card reader, the internet, $25
If you carry a laptop, this small USB dongle allows you to read—and therefore copy—virtually every memory card on the market. When someone you meet snaps that shot you just need to have, you’ll have no problem getting it from them. We have the eloquently named iMONO 80-in-1 High Speed Card Reader. In black. 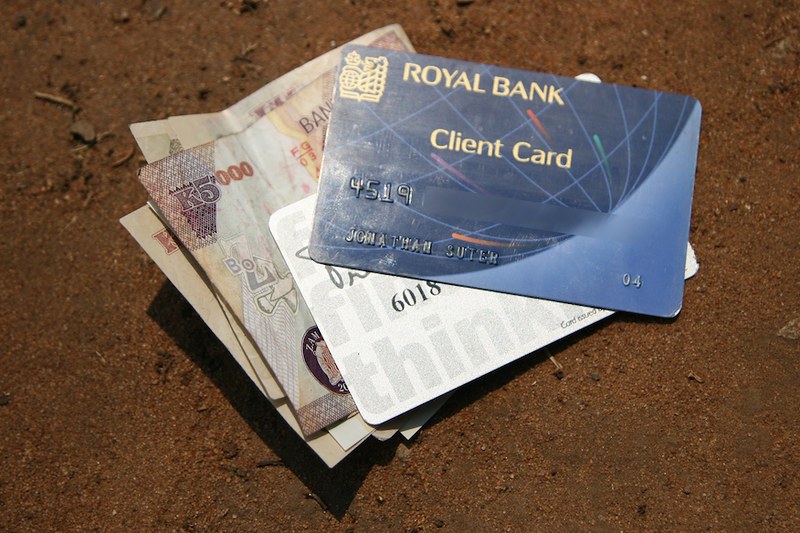 Two bank cards, $free (kind of)
Bank networks in some countries are less than reliable. Surprisingly, this is the case in Africa. If you’re doing any kind of serious travelling, make sure you carry two banks cards: one from a bank on the Cirrus network, the other from a bank on the Plus network. Banks in Zambia, for instance, operate only on the Plus network. A quick glance at the back of your bank card should indicate which network you’re on.

The next time you’re on the road you’ll be the envy of everyone you meet—unless you run into someone else who reads this wildly popular blog, in which case you’ll be equally envious of each other.

Is there some not-so-obvious item that you bring along to ease your travels?