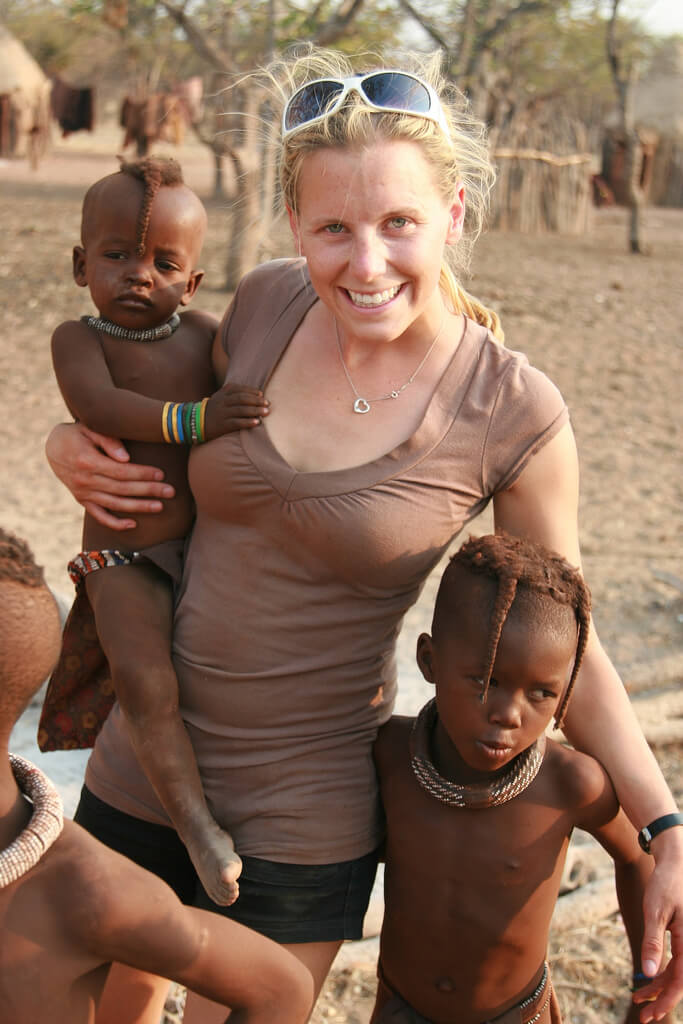 After spending three amazing weeks in South Africa, being completely and totally independent with our own rental car, we switched gears completely and joined and overland tour. Though we generally don’t join tours, we made this decision after hours of internet research indicated it is very expensive to get to the good sites in Namibia and Botswana without your own wheels. Since it is impossible to drop off a South African rental car in Zimbabwe, we booked our tour and on September 7th we were on our way.

If you aren’t familiar with the concept of overlanding, it is basically a bus tour on a truck where you camp. The huge converted truck has windows, bus-like seats, a kitchen, plug ins, and backpack sized racks. The main effects of being on such a tour is that you are at the mercy of your guide (luckily ours was great), your cook (likewise), your German translator (only if, like us, you are “lucky” enough to be on a German tour) and the 23 other tourists with whom you will be spending the next 20 days. 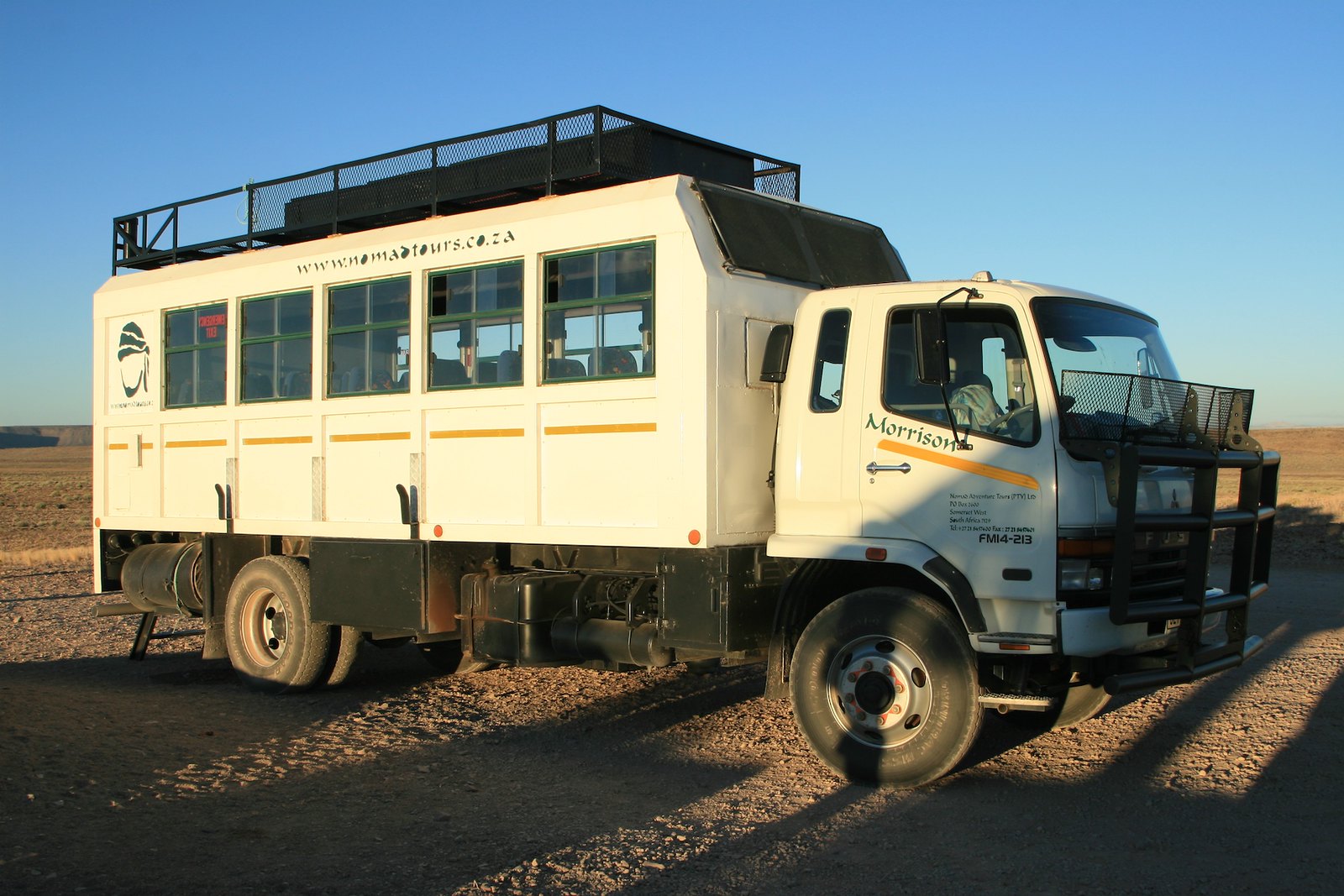 Sadly, our tour started off on a sour note as when we arrived were charged $100 for a fuel surcharge we were not prepared for (the fee had only recently been implemented, after our booking had been paid in full). We were horrified. Imagine showing up at an airport and, without any prior warning, being forced to pay a fuel surcharge (after you have already bought and paid for you ticket in full) before being allowed to board the plane. Not the type to take this kind of treatment, we lodged a formal complaint both with Nomad (the tour company) and with Go2Africa (the booking agent). While Nomad pointed to rising fuel costs, shrugged and said we should have been notified by the booking agent, much to our surprise the booking agent stepped up and agreed to refund the surcharge.

On that note we left on our tour.

Our first two stops were in South Africa. First, we took an amazing guided walk through the Cederberg Mountains. Our guide brought along live scorpions and snakes in his pockets as props. After an early wake up call the following morning (which would quickly become the norm) we went to Orange River where we were able to swim across the river to Namibia. Though we had to swim back across to South Africa in order to cross the border legally the next day, it was fun to illicitly be in another country for a few minutes. (If you look closely, in the second picture you can see us across the river in Namibia). 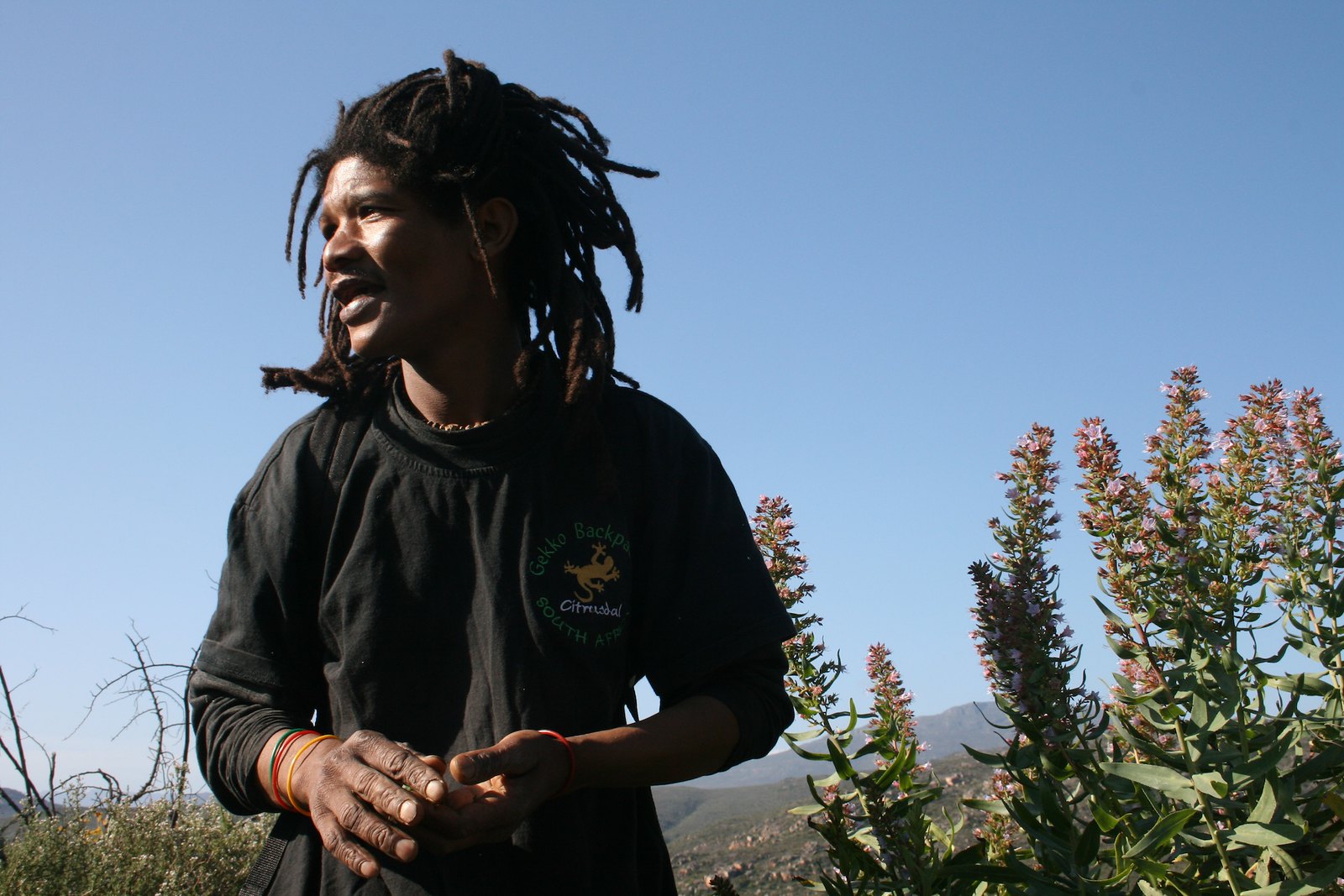 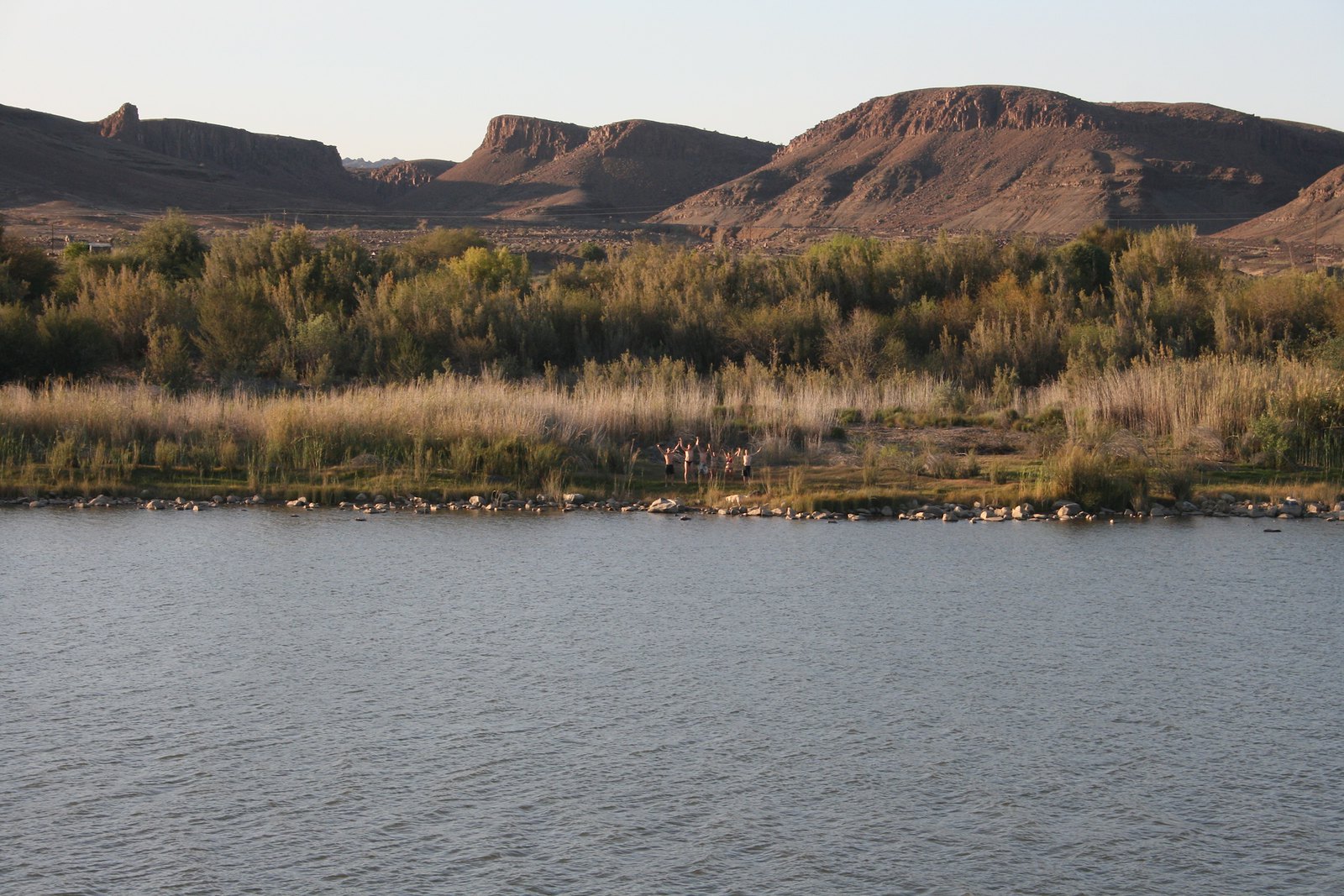 Our first legitimate stop in Namibia was Fish River Canyon. I wasn’t all that impressed despite the fact it is millions of years old and the second biggest canyon in the world; I’m just not that into canyons. It was at this point of the tour that two things became clear. First, we had friends: Jodie from Australia via 12 years in Whistler, and Kieran from the UK; second, our cook thought that three 500g bags of pasta for 26 people was plenty (a mistake he was to repeat several times over the next 20 days). 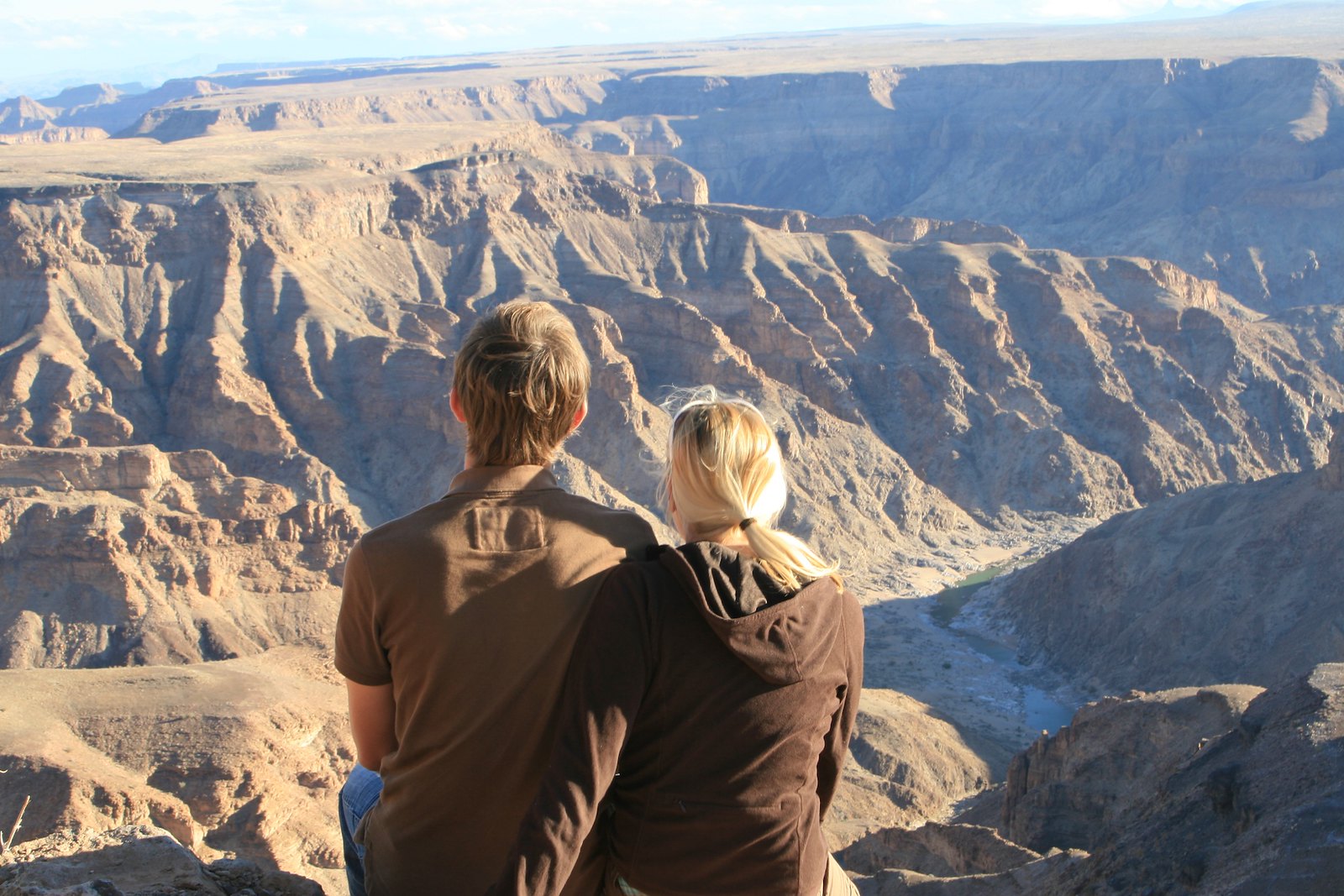 Day 4 of the tour was a long drive. While the drive was supposed to be about 9 hours, it was made much longer by the fact that we burst not one, but two tires along the way. Luckily on a truck this size you bring along two spare tires, so we watched and ate lunch while the big burly men changed the tires. Following these two stops, we were on our way. 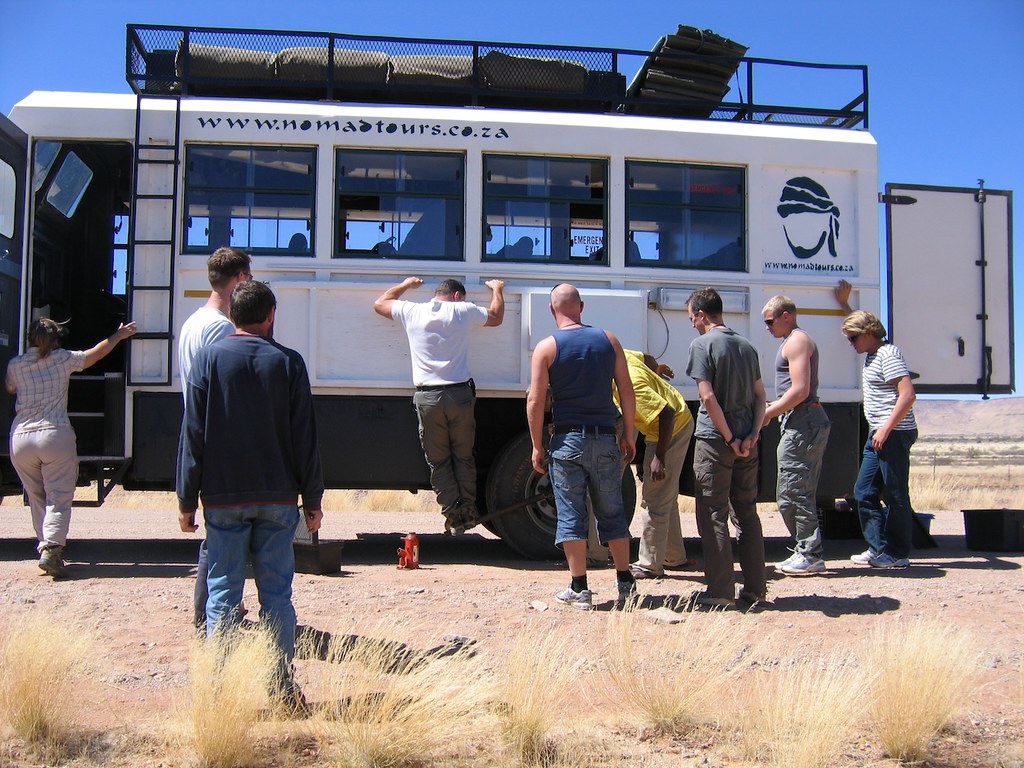 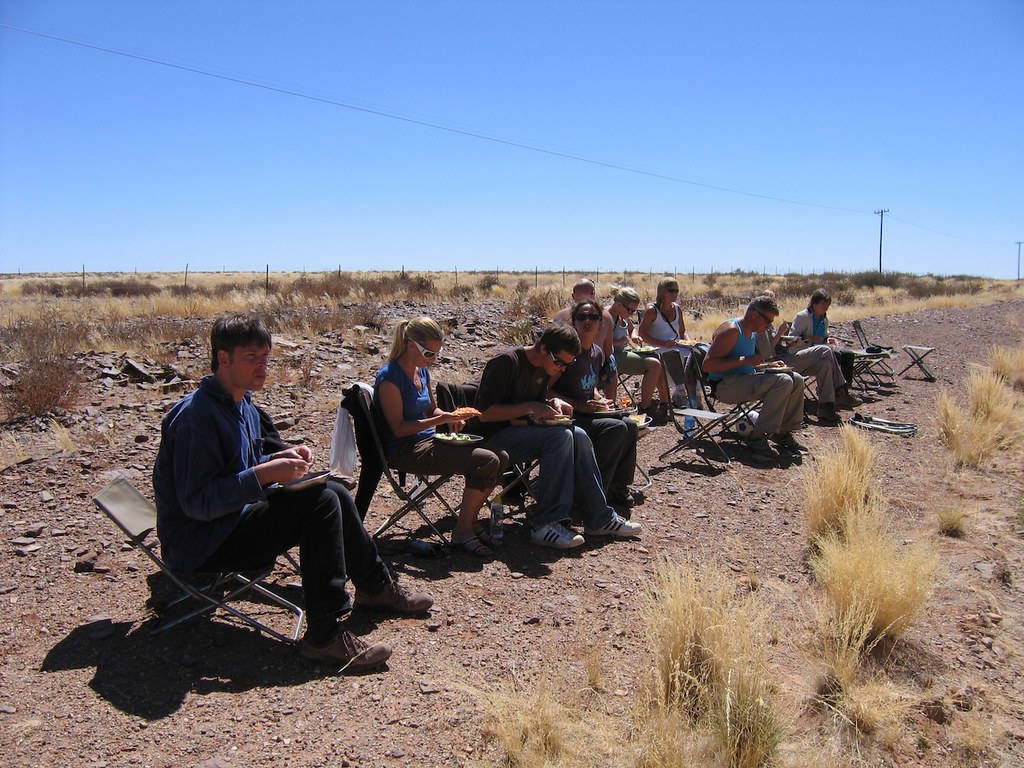 One of the highlights in Namibia was Sossesvlei, Dead Vlei and Dune 45 in the Nambi/Naukluft National Park. Since going to Tunisia in Grade 12, I have had a soft spot for sand dunes. In fact, they are my favourite natural formation, although I can’t explain why. We climbed the “famous” Dune 45 for sunrise – not an easy climb at any time but was made harder by the fact that the wind was blowing the fine sand around like mad. The sand was crazy – everyone on the tour breathed in a lung full of sand and was hacking for a few days but worse still, the sand wrecked my camera. Completely and totally. The gears stopped working and the zoom no longer retracted. However, even this sad event couldn’t take away from the brilliance of the rest of the day. This involved a desert hike lead by Yuri, a tiny Japanese guide who was the most animated guide I have ever had. She would bound through the desert finding us interesting things to taste, and bugs to touch. She wanted us to get a dramatic view of Dead Vlei (an old dried up lakebed with 1000 year dead trees) and coaxed us into a hard scamper up a steep dune rather than a casual meander around it. Dead Vlei was amazing. I’m not sure what it was about it but I could have spent hours there. Sadly, the German efficiency on our tour sent us back to the truck after only a half an hour. 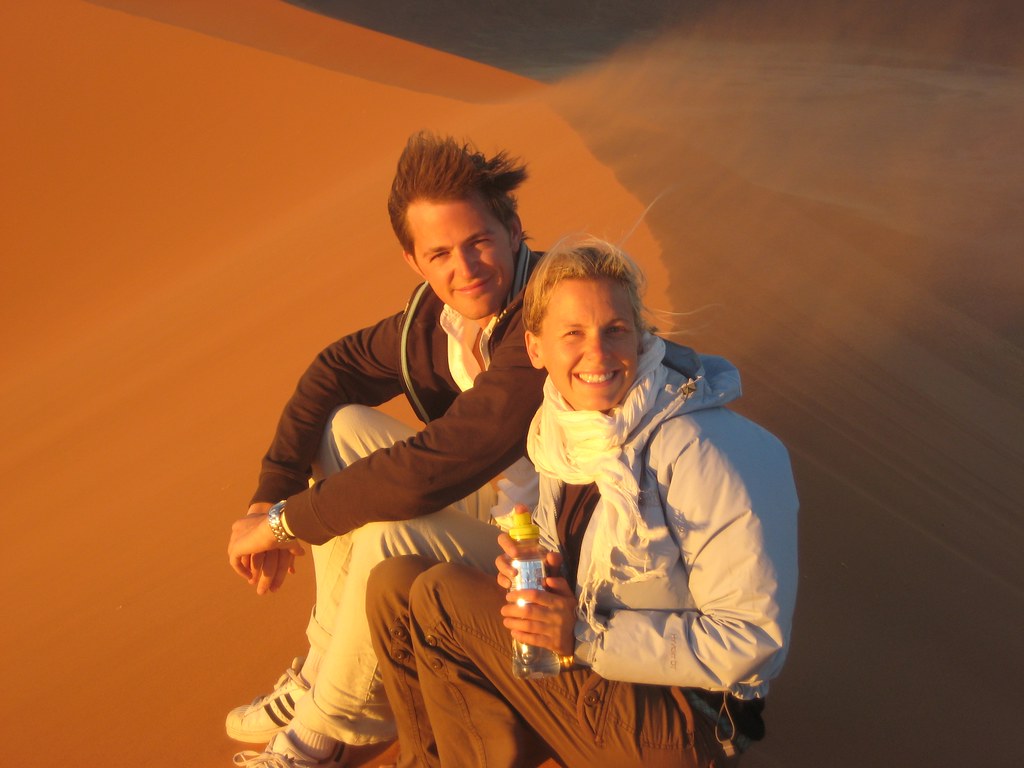 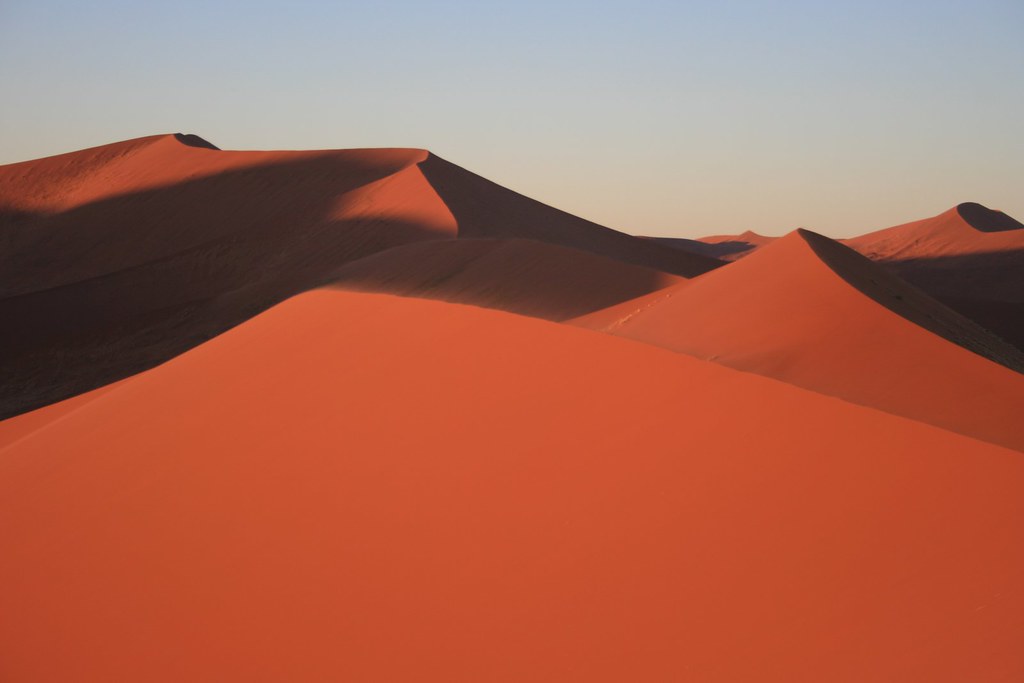 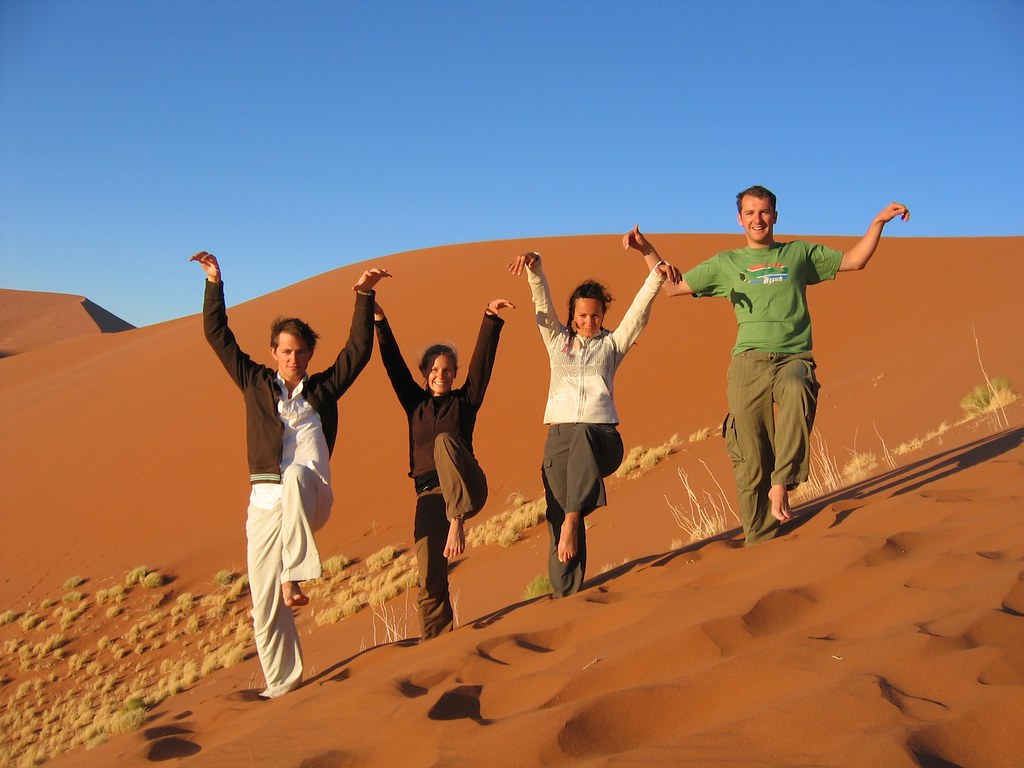 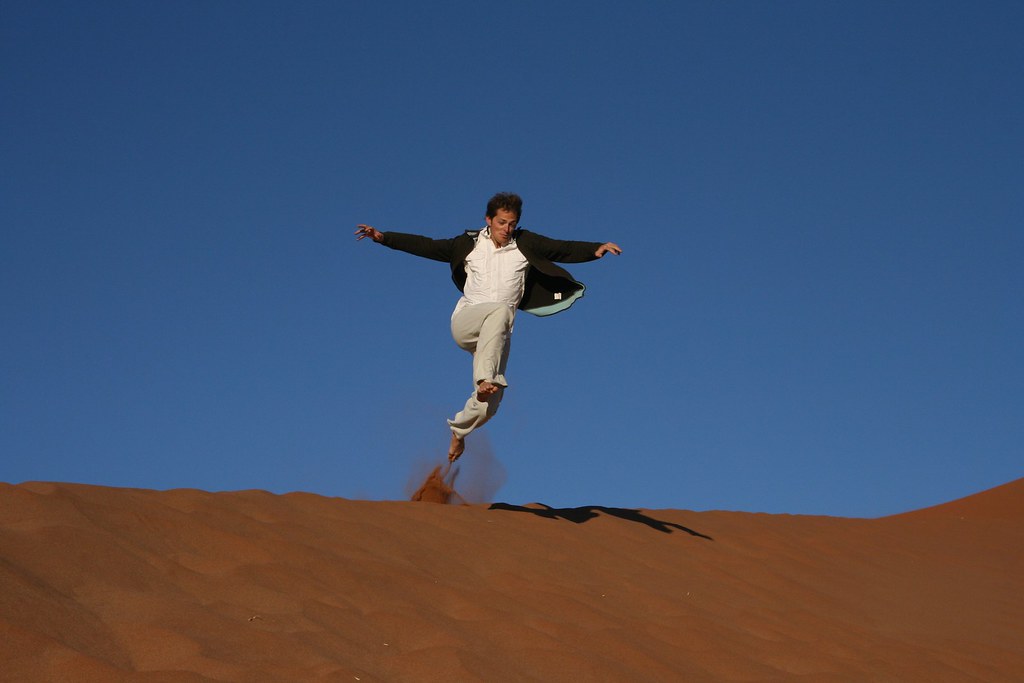 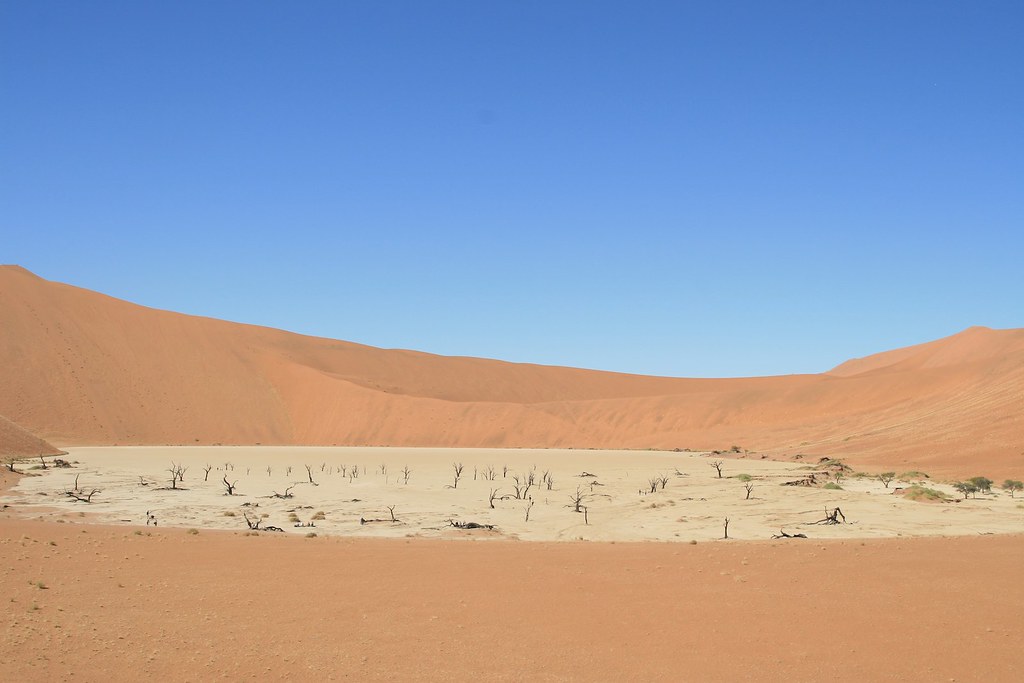 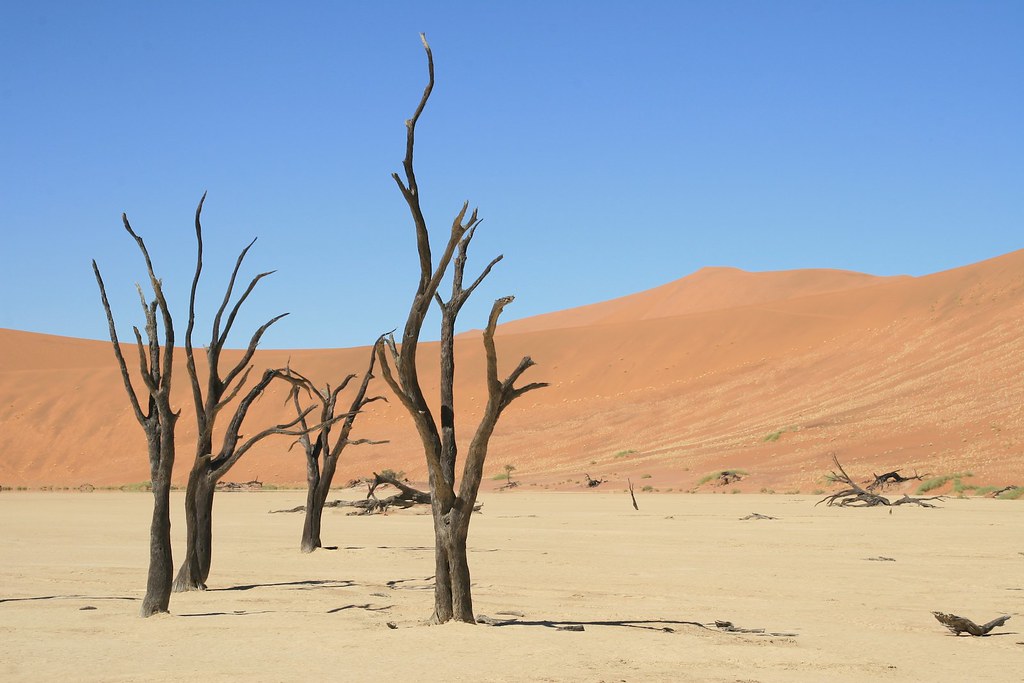 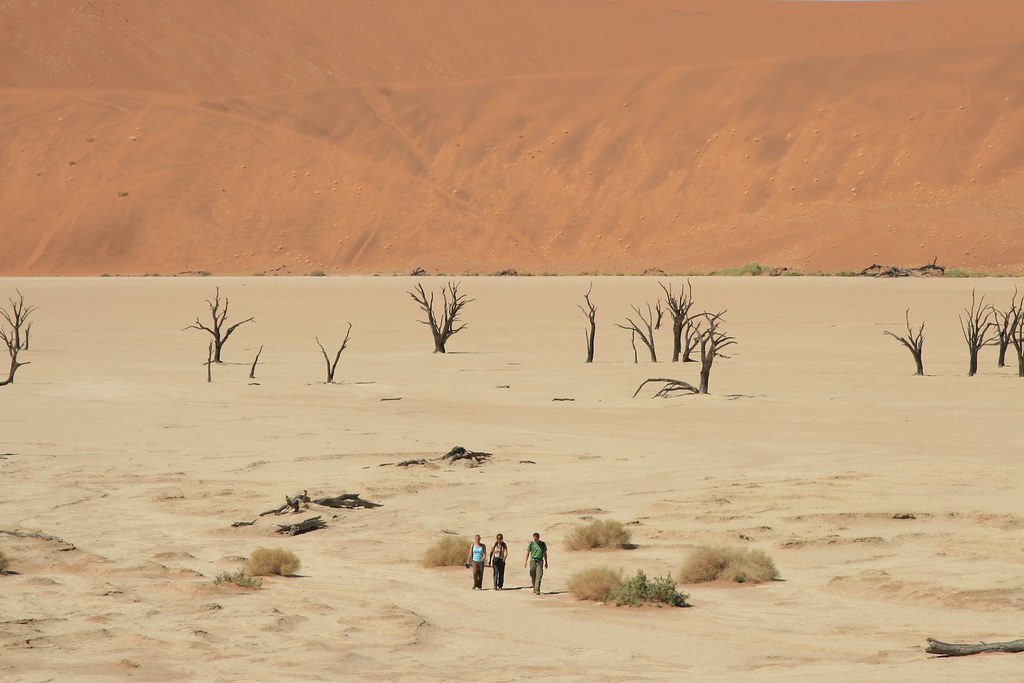 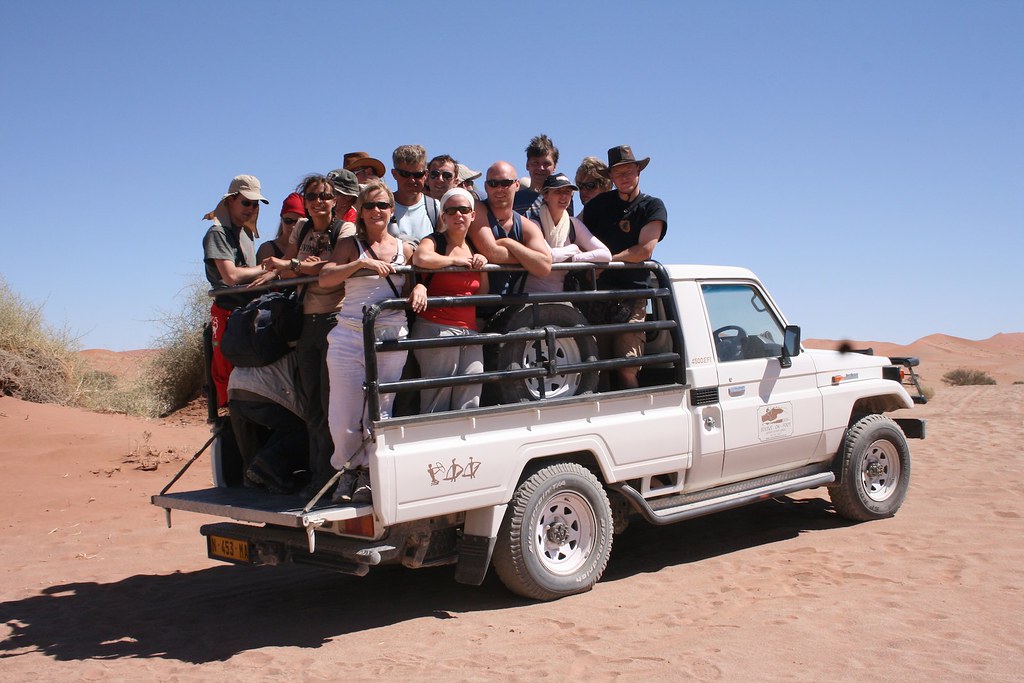 Next was Swakopmund and sandboarding. As beginners, Jon and I left something to be desired as evidence by the free DVD included in the tour price… at the DVD screening we watched as the snowboarders smoothly cruised down the dune while Jon and I, the only skiiers, stumbled and fell, our bodies contorted in awkward positions all the way down, every single run. However, when it came to “lie down sandboarding,” (basically tobogganing) I held the speed record of 76 km per hour for most of the morning! It was totally exhilarating. 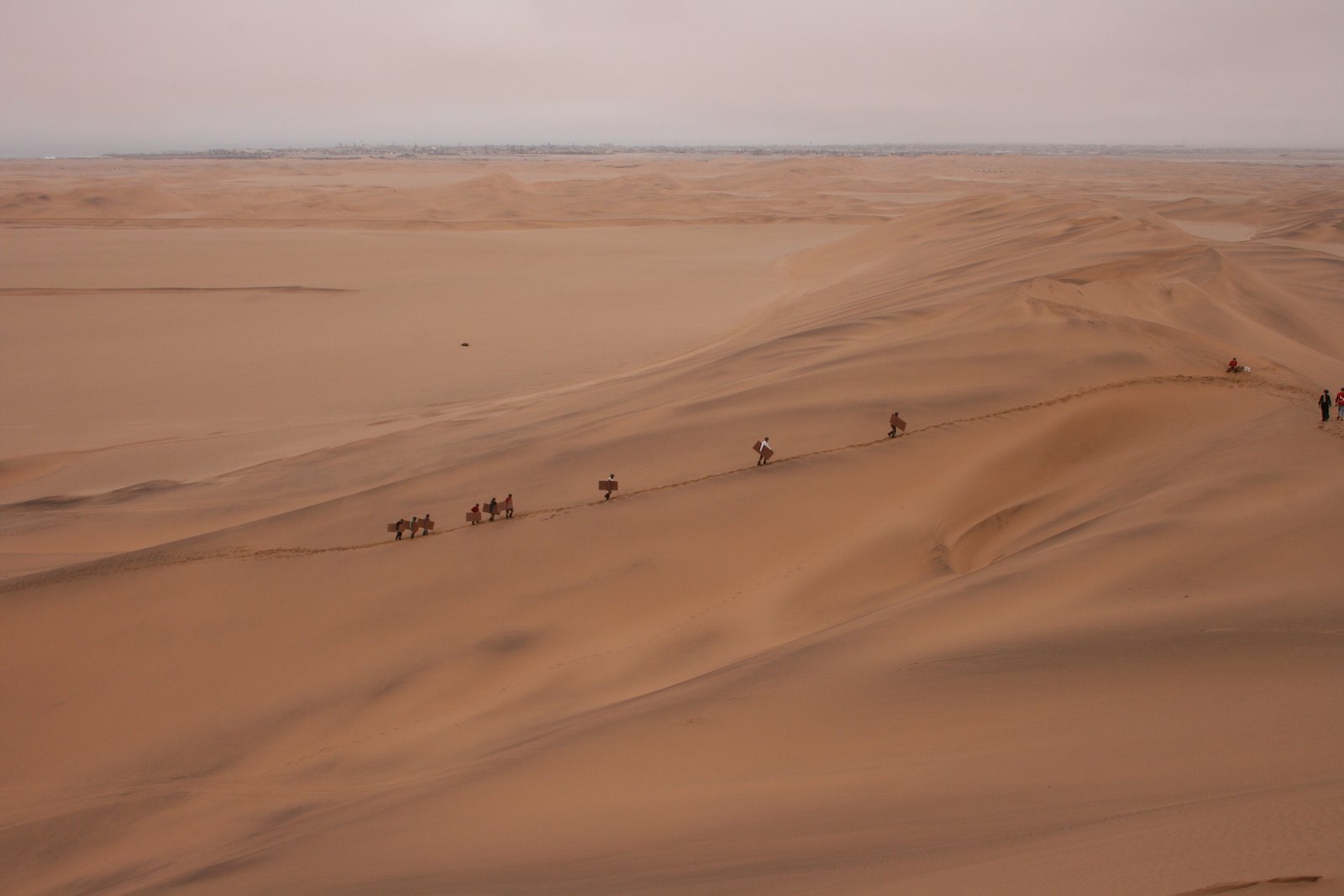 The saddest thing about Swakopmund was the loss of our two closest friends, killed in a horrible sandboarding accident. Just kidding, both Jodie and Kieran had booked a seven day tour that ended there. From there on in it was us, a Swedish family, a Basque couple, a Belgian couple and eleven Germans. This may have been the most efficient tour group ever.

So, our first stop in our newly constructed group was in Spitzkoppe. In most literature it has been called a mysterious and magical place and I can see why. Descriptions just won’t do it justice, as it is simply a neat mountain and a few piles of rocks jutting up out of nowhere. But somehow it manages to be a very mystical place. Though I can’t explain what made it wonderful, clamouring up and down the rocks, finding bushman paintings and coming face to face with rock hyraxes can’t have hurt. 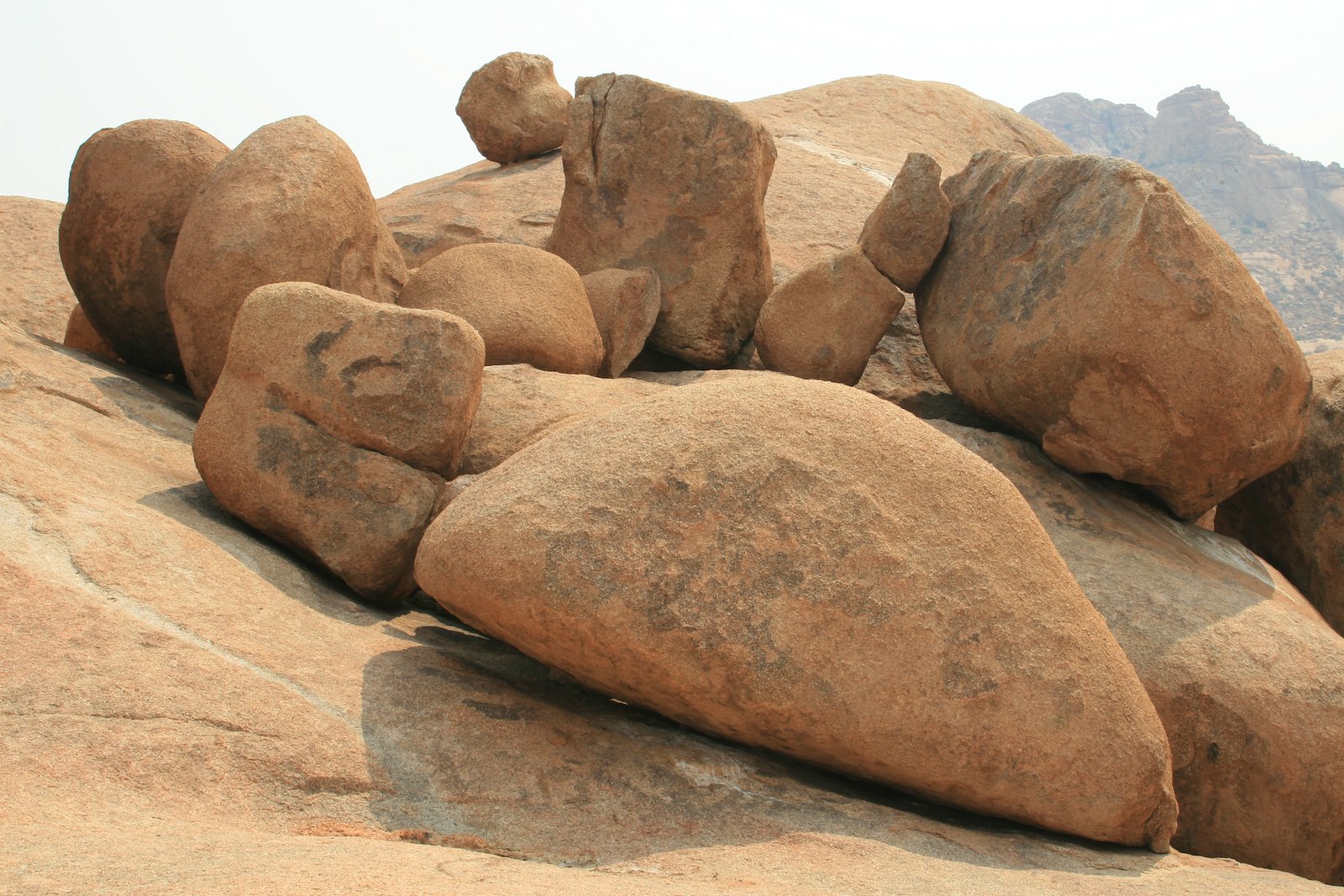 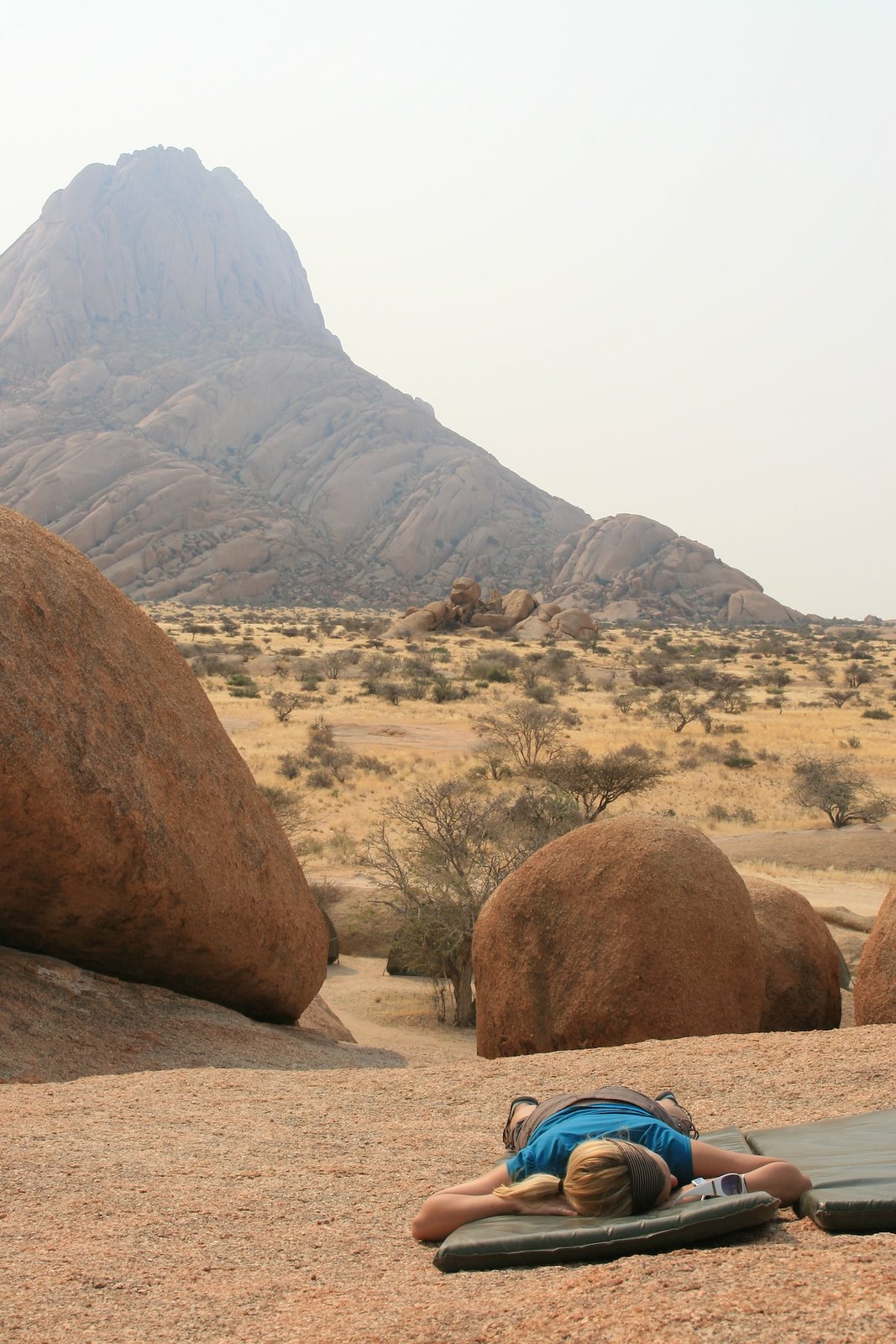 Our next stop was at a campsite next to an orphanage catering to the Himba people. Himba women are distinguishable by their unique style of dress and the fact they cover themselves from head to toe in red ochre and butter fat. The orphanage is home to about 50 people, including the women and men who care for the children. While I really really enjoyed pretending to be Angelina Jolie and playing with the children, there were lots of other things about the orphanage that I didn’t like. First, for most of our time there it felt like we were in a people zoo, I hate those. Second, and more importantly, they send only four children to school. Why only four we asked? Because when the children go to school they would rather wear western clothes and live a western lifestyle, and the orphanage would rather they learn the traditions of their ancestors. [After discussing this point with Jon, it is unclear whether it is the community or the orphanage who are choosing to only send four children to school.] While I can see some arguments in support of maintaining tradition it seems as though the children are being arbitrarily deprived of an education, the most important gift you could give them. Comments on this thought are welcomed. 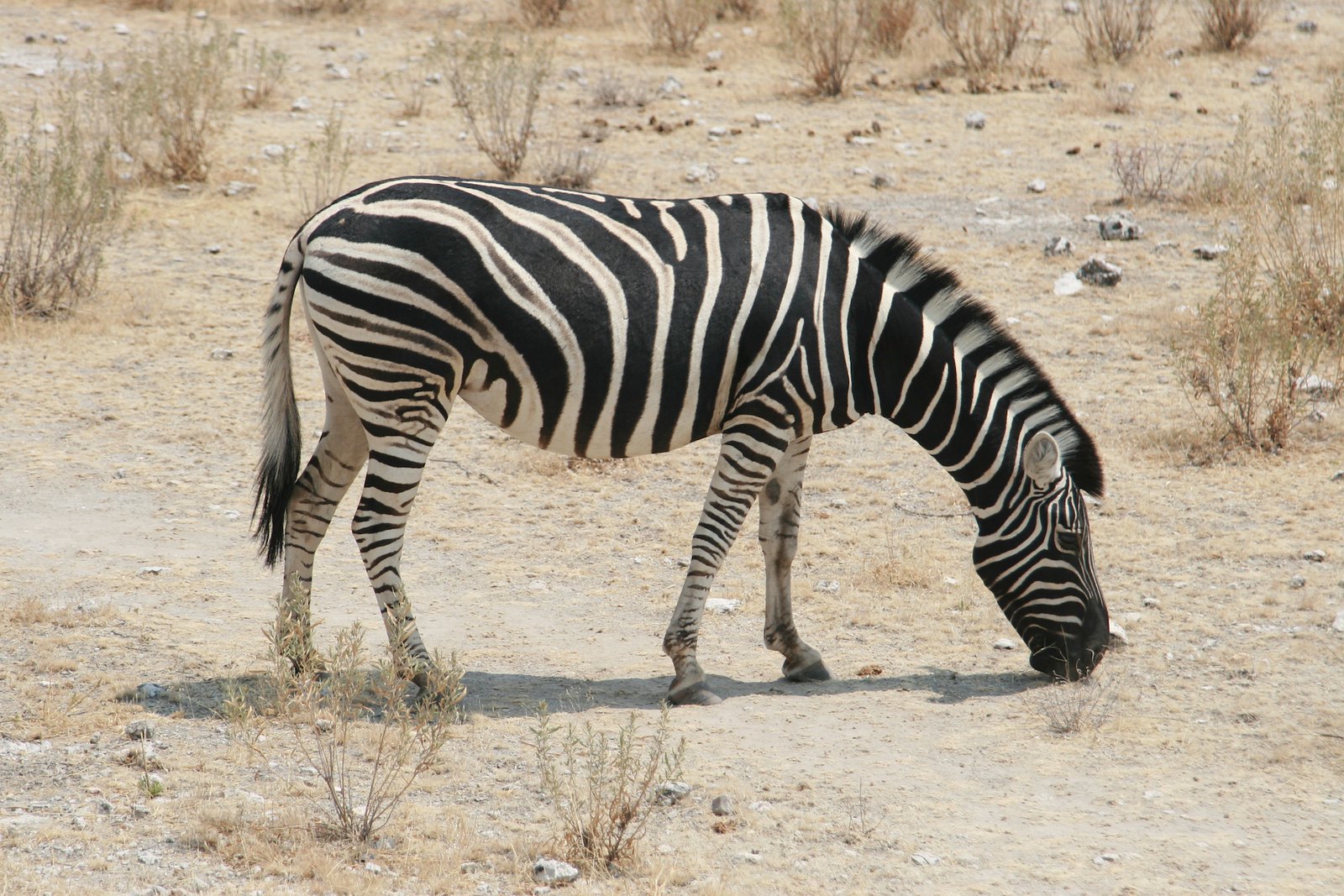 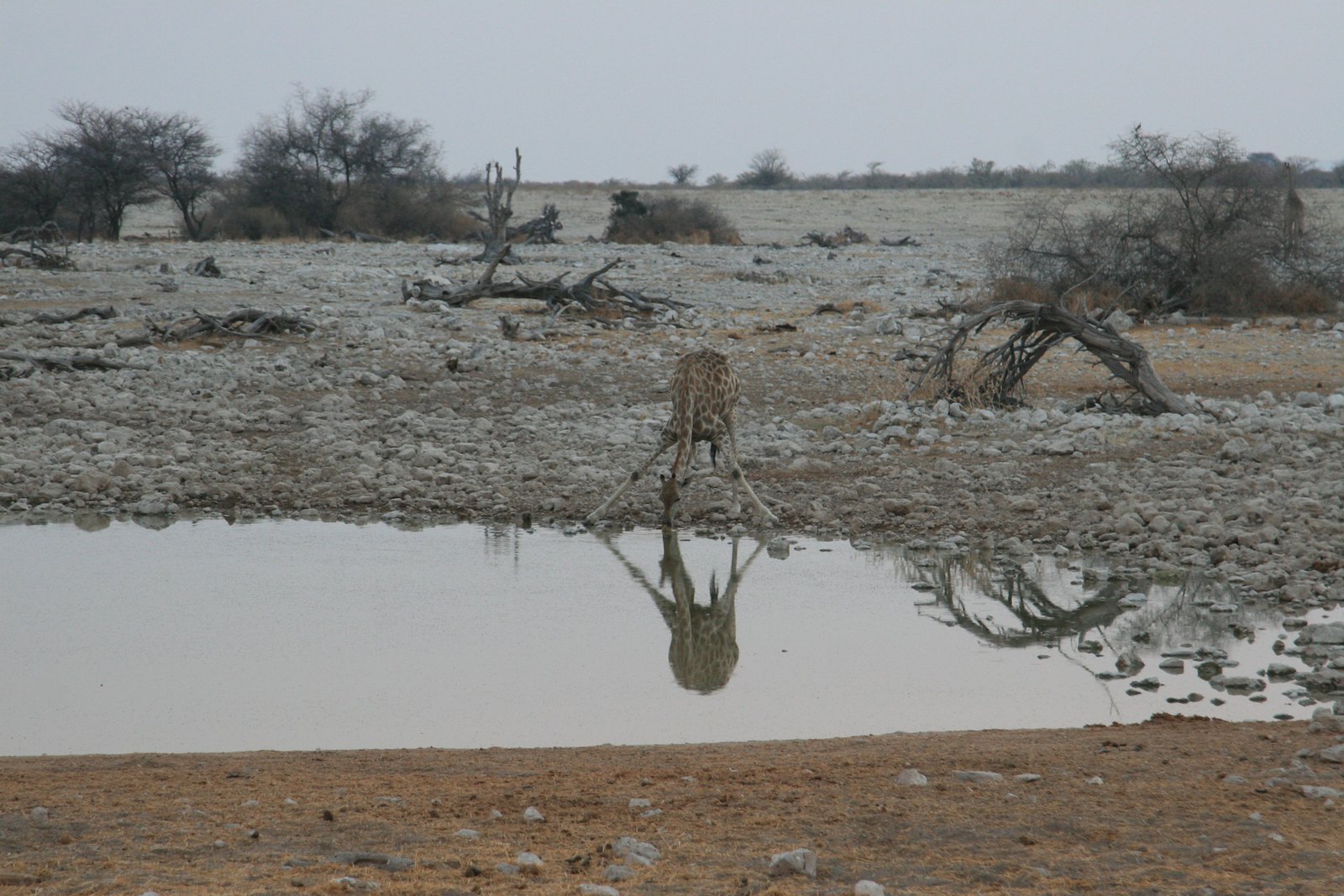 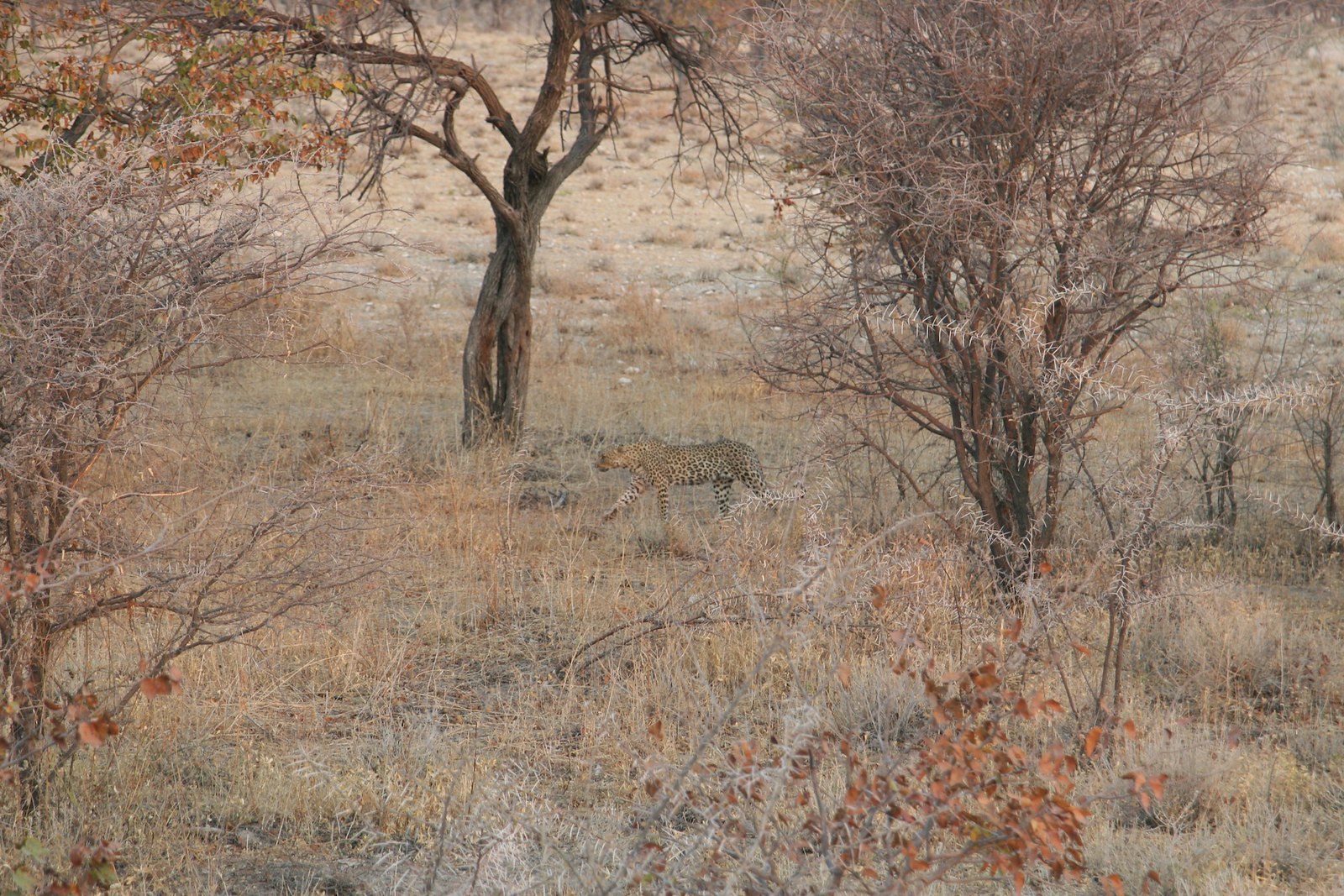 Our last stop in Namibia was in Etosha National Park. It was like Kruger National Park in South Africa but to us, it was not quite as good. This perception may be for several reasons, not the least of which is the freedom that we were provided on our self drive safari compared to being carted around in a huge truck. Nothing beats spotting a leopard on your own. Notwithstanding that, Etosha was great, some highlights include a pride of 8 lions sleeping, black rhinos at the waterholes at camp, and a leopard feasting on a springbok in a tree. (Mom, I promise a better blog post about animals is in the pipes).

Next up, Botswana and Zimbabwe, on tour, and Zambia on our own! Keep your eyes peeled for our upcoming blog posts!