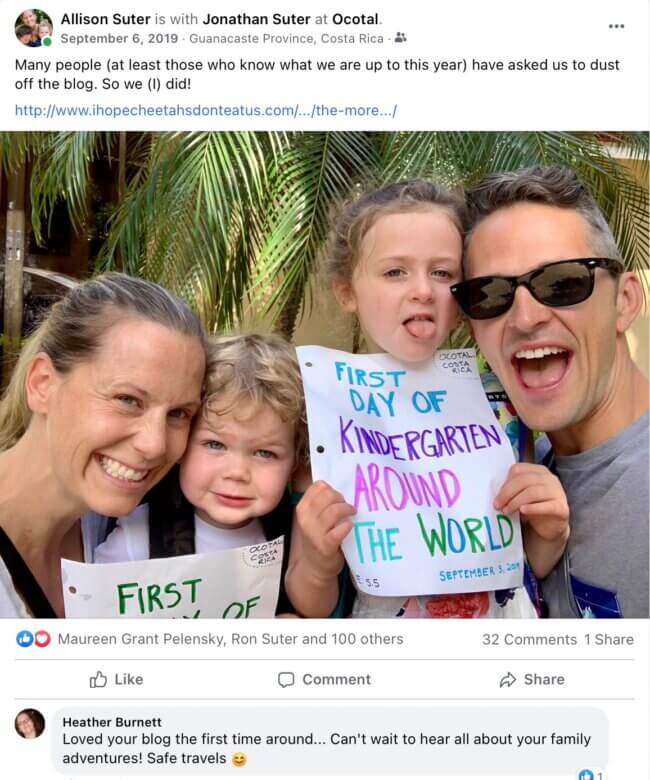 Last week Clara had her first day of Kindergarten Around The World. If a picture is really worth 1,000 words this image I shared on Facebook would say “look at how interesting and adventurous my family is, dot dot dot”.

Pictures, and social media especially, allow us to chose what story to tell. But as people who digest these perfect looking pictures we need to remember that behind every single picture is a real person with a real story. Things aren’t perfect here, and they don’t need to be. But you better believe I’m going to continue posting pretty pictures.

Note: I drafted most of this post in September 2019, when the world was a different place. I’m re-dusting off the blog today and couldn’t leave this post behind. As you probably guessed, the kids were fine—after a week or two of adjusting they thrived at that school. We were fine too. Kindergarten Around the World was full of highs and lows and hugs and tears… and huge global pandemic-sized surprises. It was not the year we expected, but damn, my Instagram looks good.