As I mentioned yesterday, Day 5 was another highlight of the trip.

The morning was a beautiful zodiac tour in Foyn Harbour. A little harbour off the Antarctic peninsula. By 10am, when our zodiac left the boat, the skies had cleared and we were in for a treat. 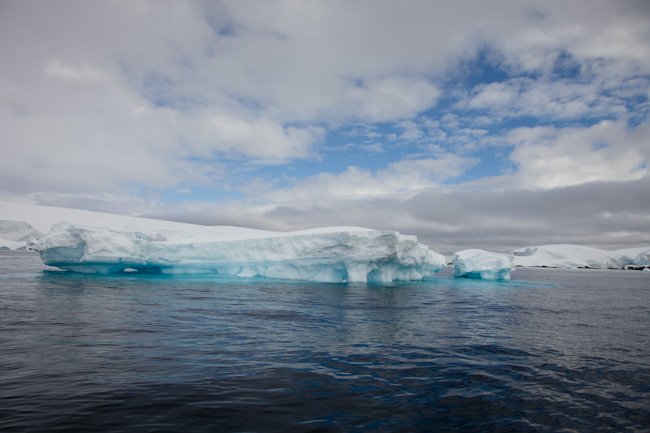 Icebergs. Seals. Towering mountains coming directly out of the water. A grounded whaling ship. Foyn Harbour had it all and it is easier to show you then to tell you. 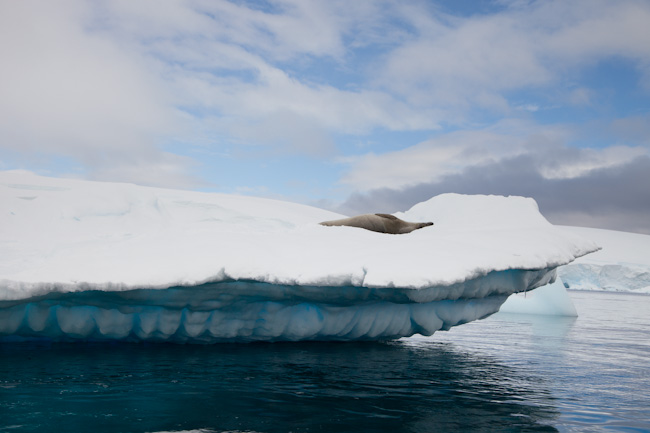 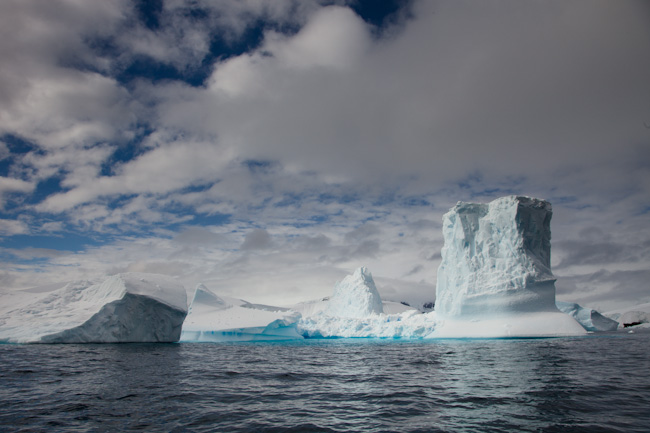 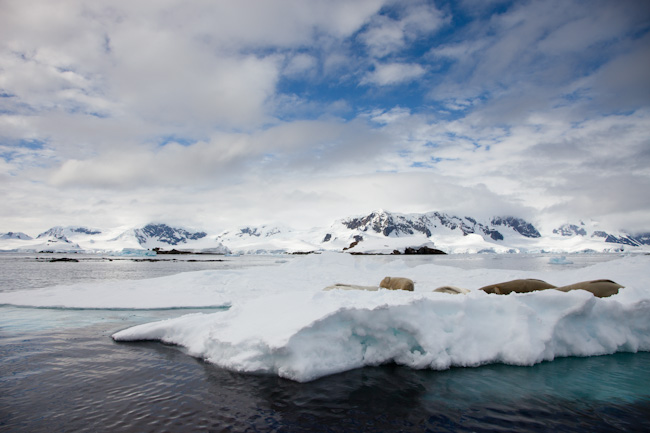 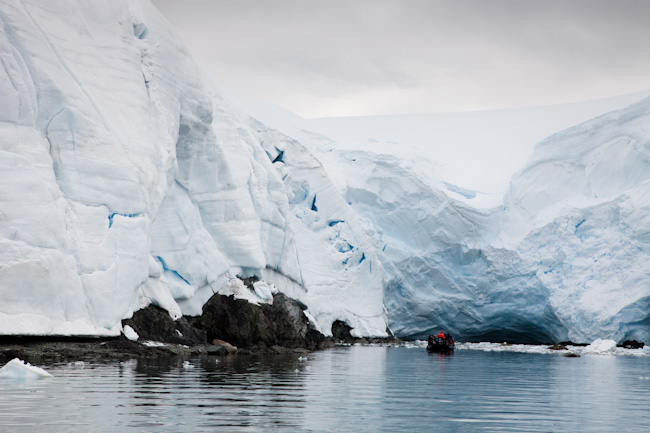 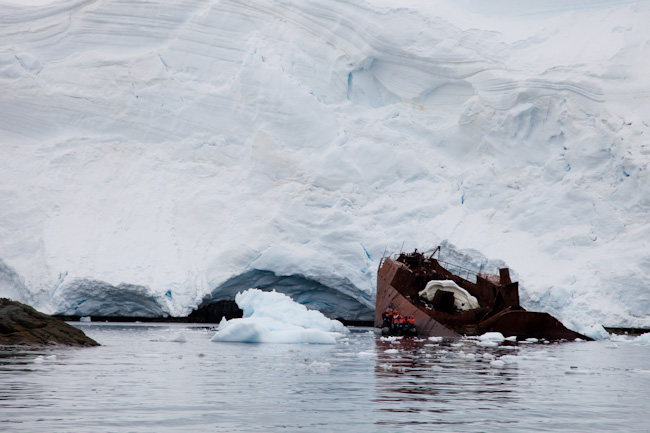 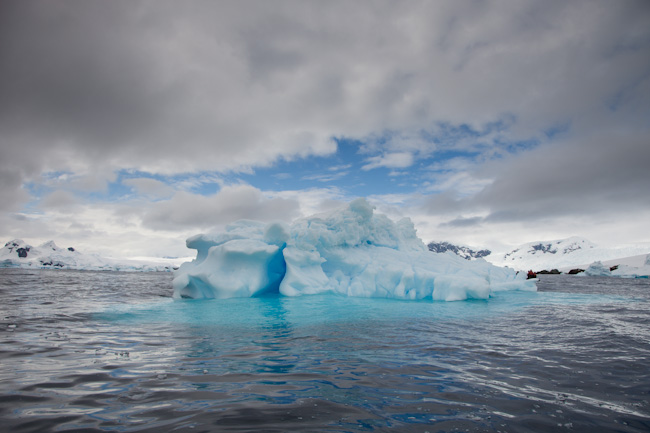 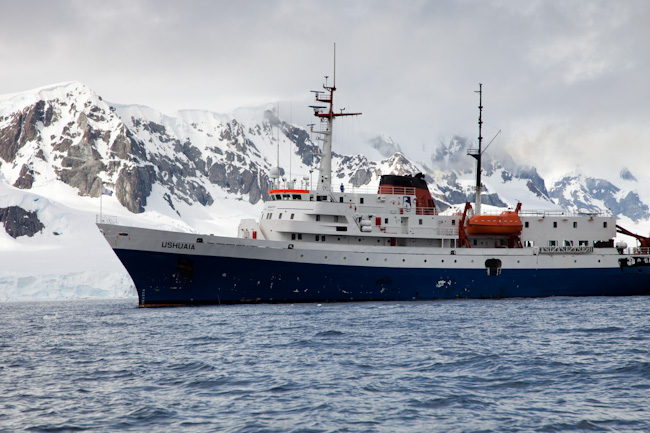 And yes. This is really the colour. I love light.

The expressions on the faces of all of us told the whole story. This zodiac trip was freaking awesome.

And then we were met on board by delicious, milky hot chocolate. And, just like yesterday, that was just the morning!

Throughout our (once again four course) lunch, we navigated towards our next stop, Cuverville Island, and the clouds came back out in full force. Although we arrived at Cuverville Island early (and well in advance of our expected landing time) our landing was delayed.

Why? You ask. Well, it was because of these awesome-sauce humpback whales who decided to give us a show, dancing and trumpeting, and just being pretty much awesome.

They were this close. 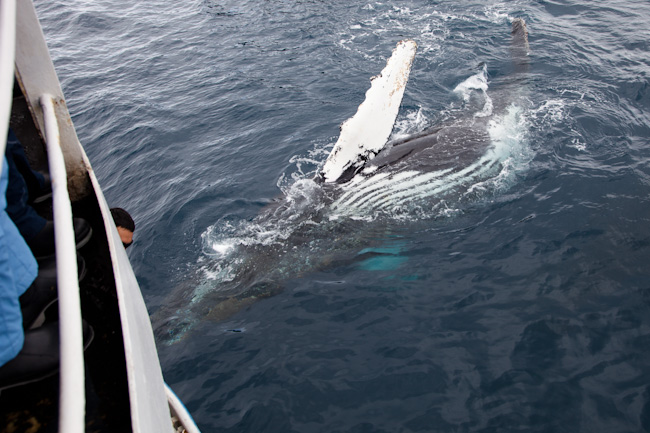 Everyone on the boat was pretty excited about this! (I wonder which side the whales are on… not.) 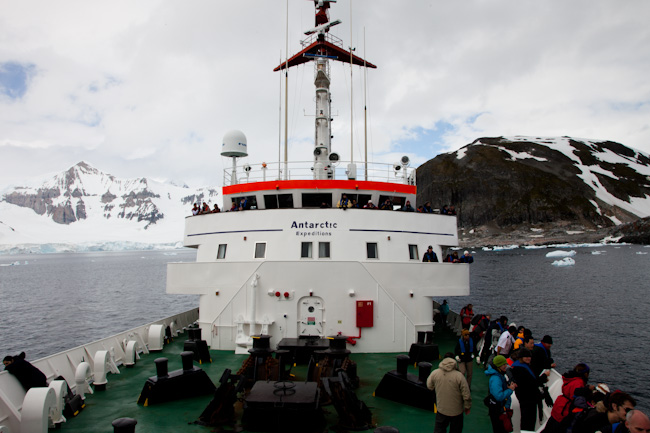 After the whale show was done, it was time for our landing in Cuverville Island. The scenery (and the penguins) here were just amazing. 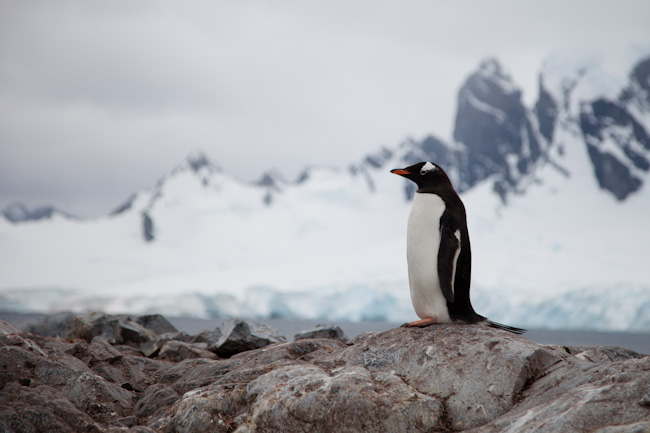 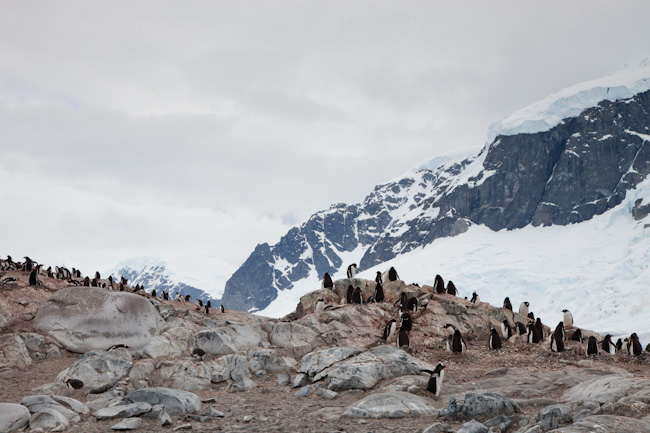 The baby gentoos were much younger than those we had seen at Brown Bluff (we were much further south, which explains the delayed breeding season). So, though there were no gentoos to play with, it was pretty fun watching the really little babies. 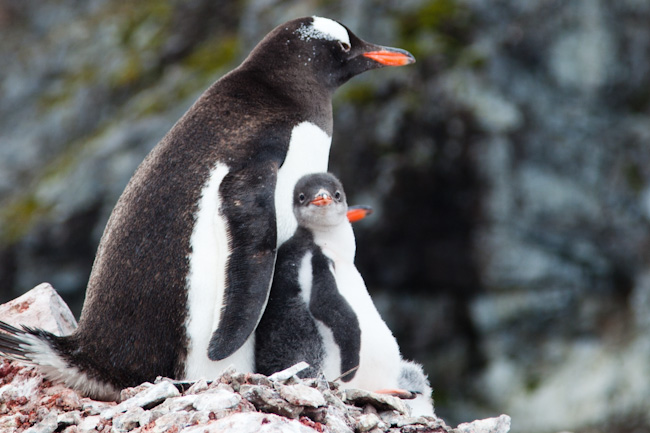 And this guy. Who was so cute (and skeptical) I couldn’t handle it.

Ok. More than that guy. There were just so many penguins! 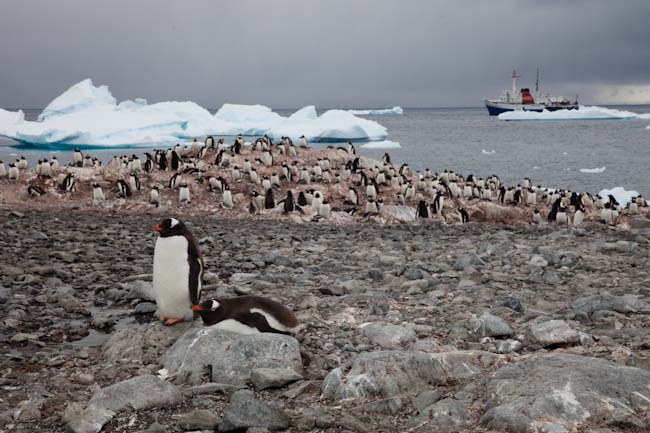 At the end of the (once again, several hour long) landing, our amazing zodiac driver took us through a tour of the icebergs surrounding the island on the way back to the boat. 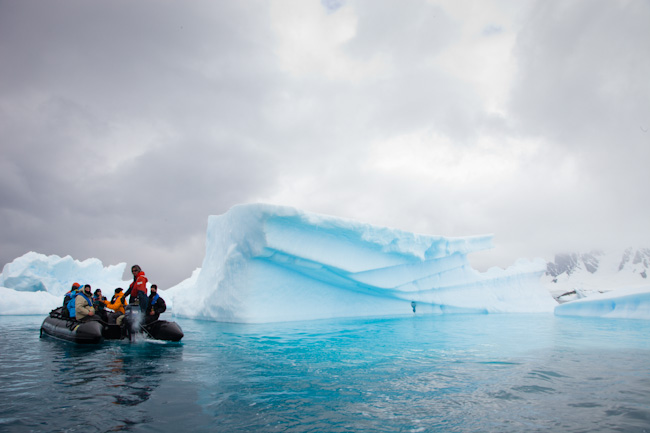 Click the link for more Day 5 pictures from in Antarctica. Check back on Thursday for Day 6 and 7, and Friday for Days 8 to 11.

In other exciting news, I’m on my way to the airport to pick up my mom for a week of fun in the (hopefully) sun! We’ll hang out in Buenos Aires, Iguazu Falls, and Colonia.