We bid Africa farewell from Kenya, a very exciting place to have been on November 4th and 5th. All through East Africa we had encountered Obamania but it reached another level when we crossed the border to Kenya, this may have been because we arrived only 5 days before the American election!

We awoke early on our last day in Africa to watch the results in a bar/restaurant full of Kenyan guys who cheered their way through most of the morning and would hug or high-five anyone who passed by. We watched Obama’s victory speech on CNN with these guys and they declared “Yes We Can” as loud as anyone one in Chicago. They also seemed to think that Kenya will now become the 51st state; we didn’t say anything to the contrary as on such a morning we didn’t want to burst their bubble!

In starck contrast to the great fun we had on our last morning in Kenya our time there started off on a very sour note. When we arrived in Nakuru from Uganda it was, unfortunately, after dark. The teenage street boys in Nakuru have no sense of what is appropriate, or if they do they do not care when the cross it, and I would never go back.

At least Lake Bogoria, a soda lake (complete with thousands of flamingos, hot springs and geysers) was next on our list. Other than the ceaseless mzungu prices, it was a great place! We rented two bikes for the afternoon, since there was no bike rental business we had to rent them from guys on the street. This cost, incredibly, about $22 (after bargaining as much as we could, their first price was $65). In Africa. For one India bike and one mountain bike. To give you an idea of how ridiculous this is we just noticed that we could have rented two mountain bikes for a day in Japan (JAPAN whose currency has increased by about 35% in a month) for about $12.

Despite our frustration at paying too high a price, the bike ride was really cool. It was a 15km trek down and back up incredibly bad roads (watch for my post on African vs. Japanese infrastructure currently in the works). The ride was breathtaking, it was punctuated by innumerable flamingos, boiling geyers and even a few zebra. I thought it was great. Jon (on his Africa bike) thought it was painful. 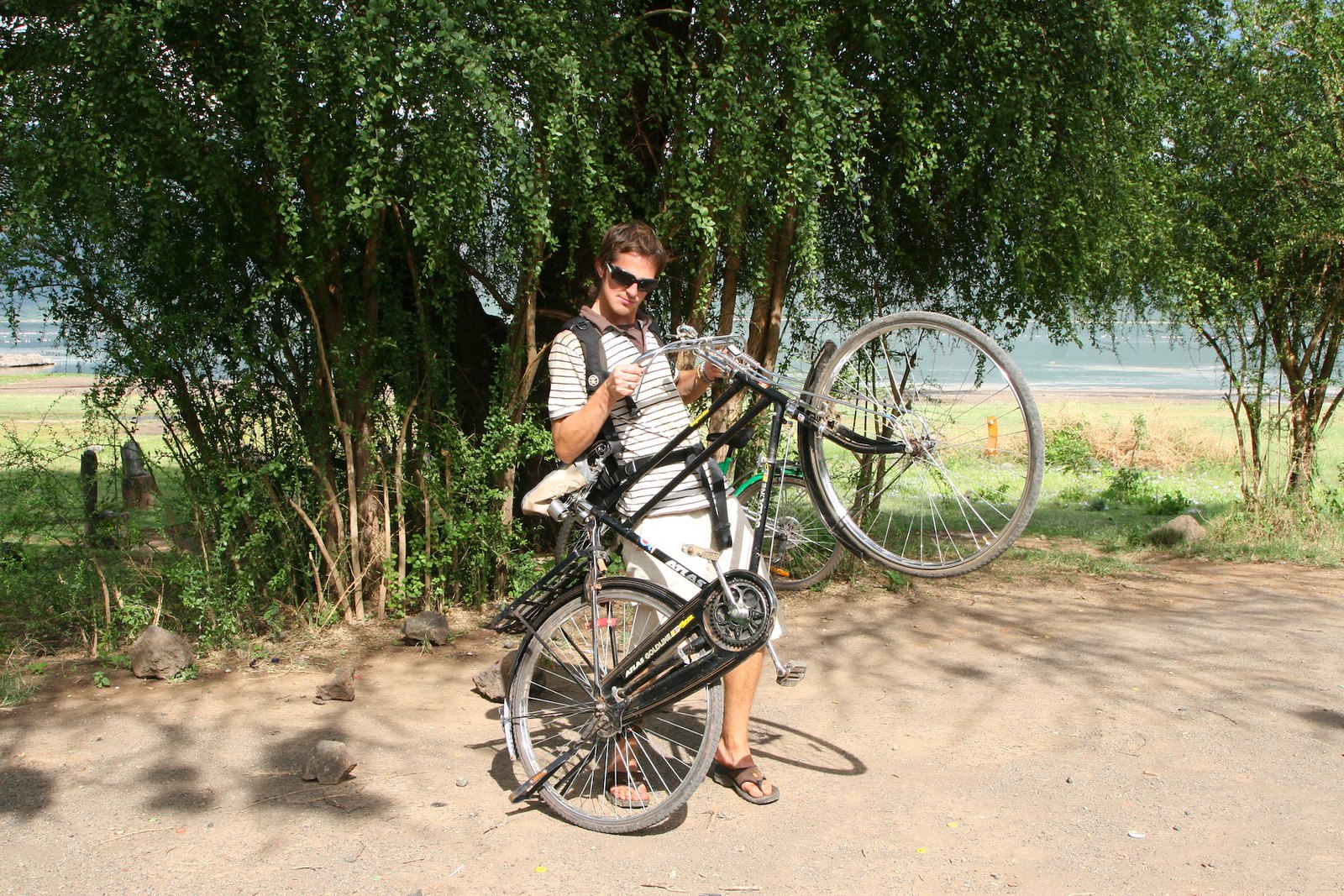 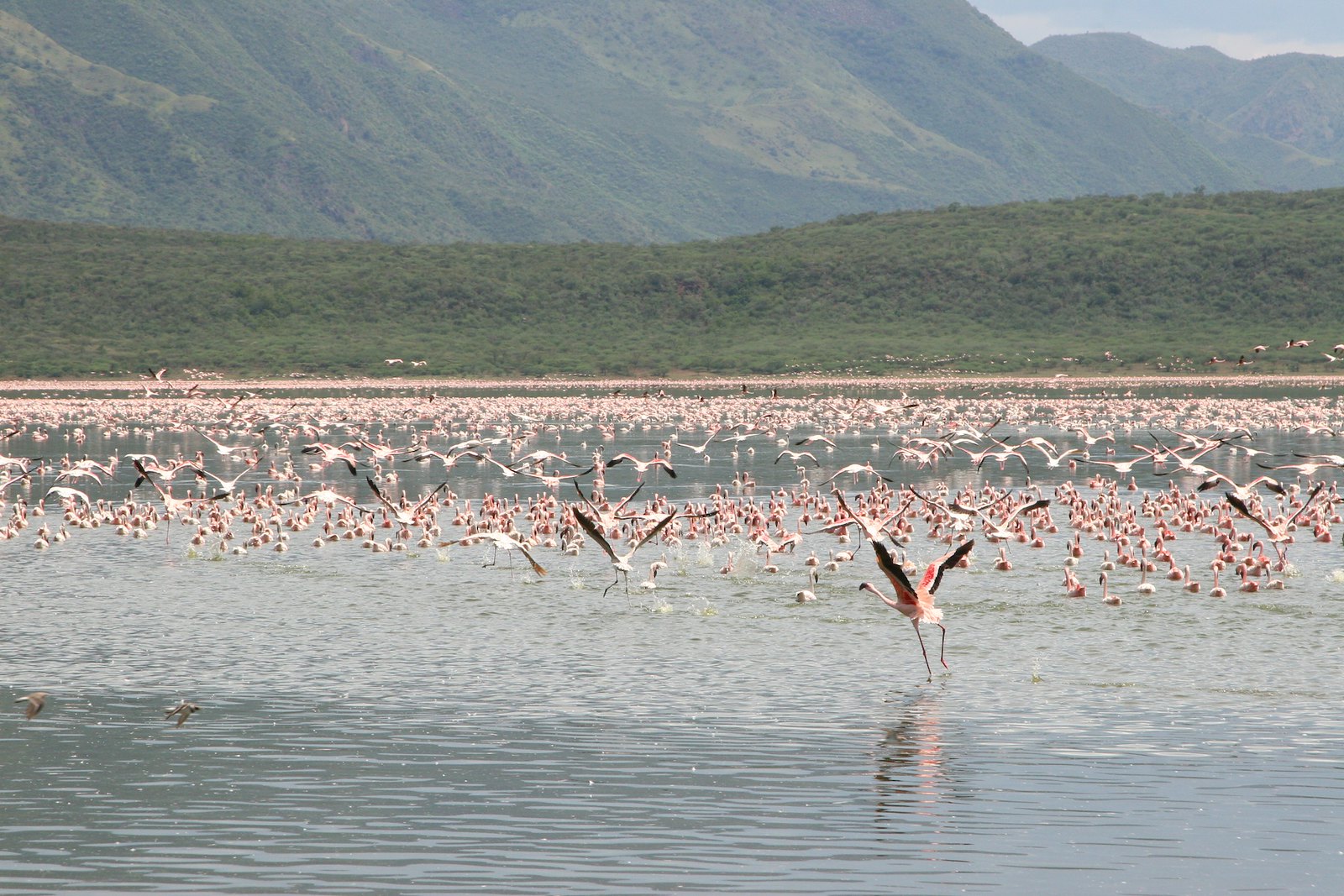 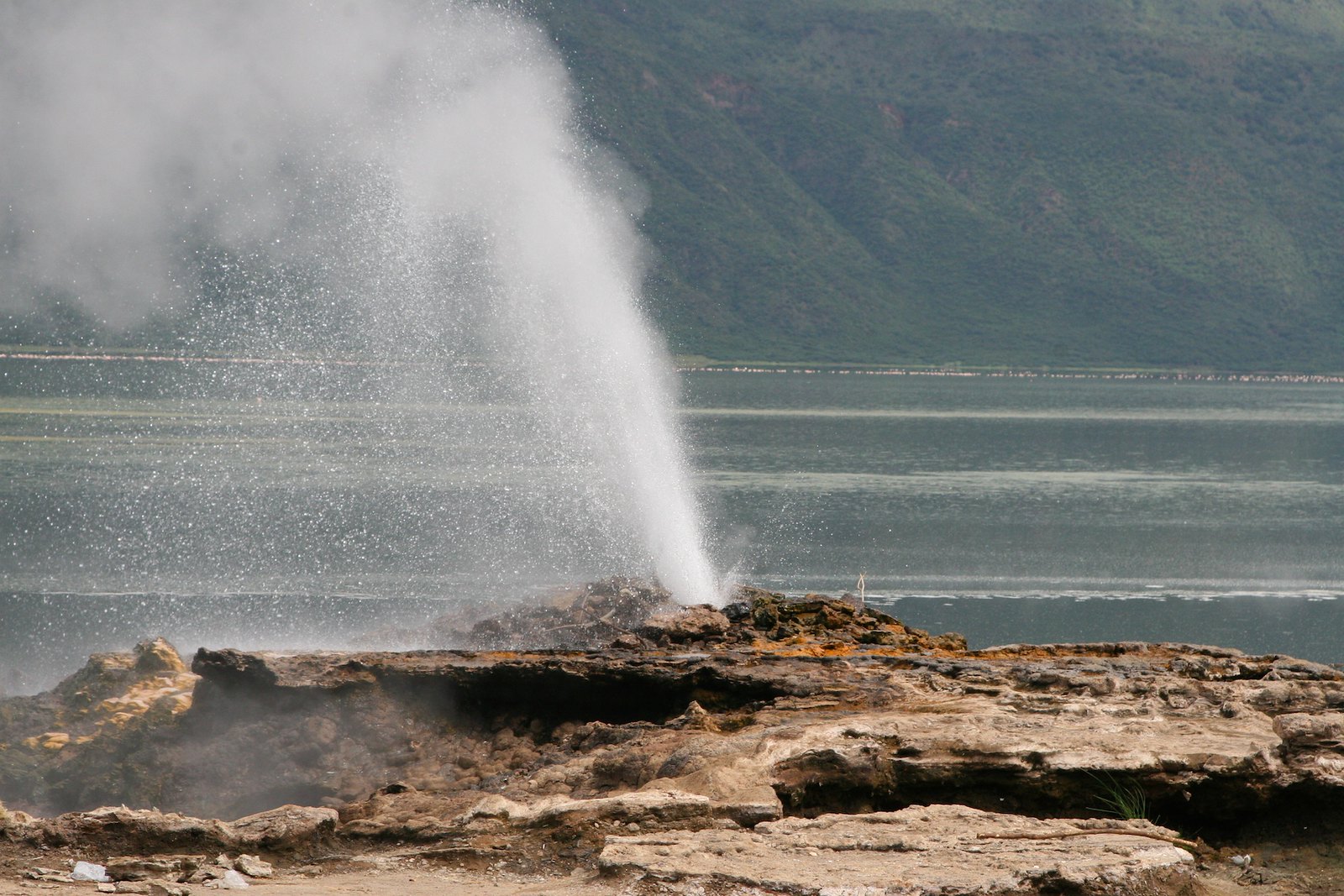 We spent our last few days tucked away in a great banda in Lake Naivasha. This place had so many cool black and white colobus monkeys and at night hippos would come up onto the grounds to graze! 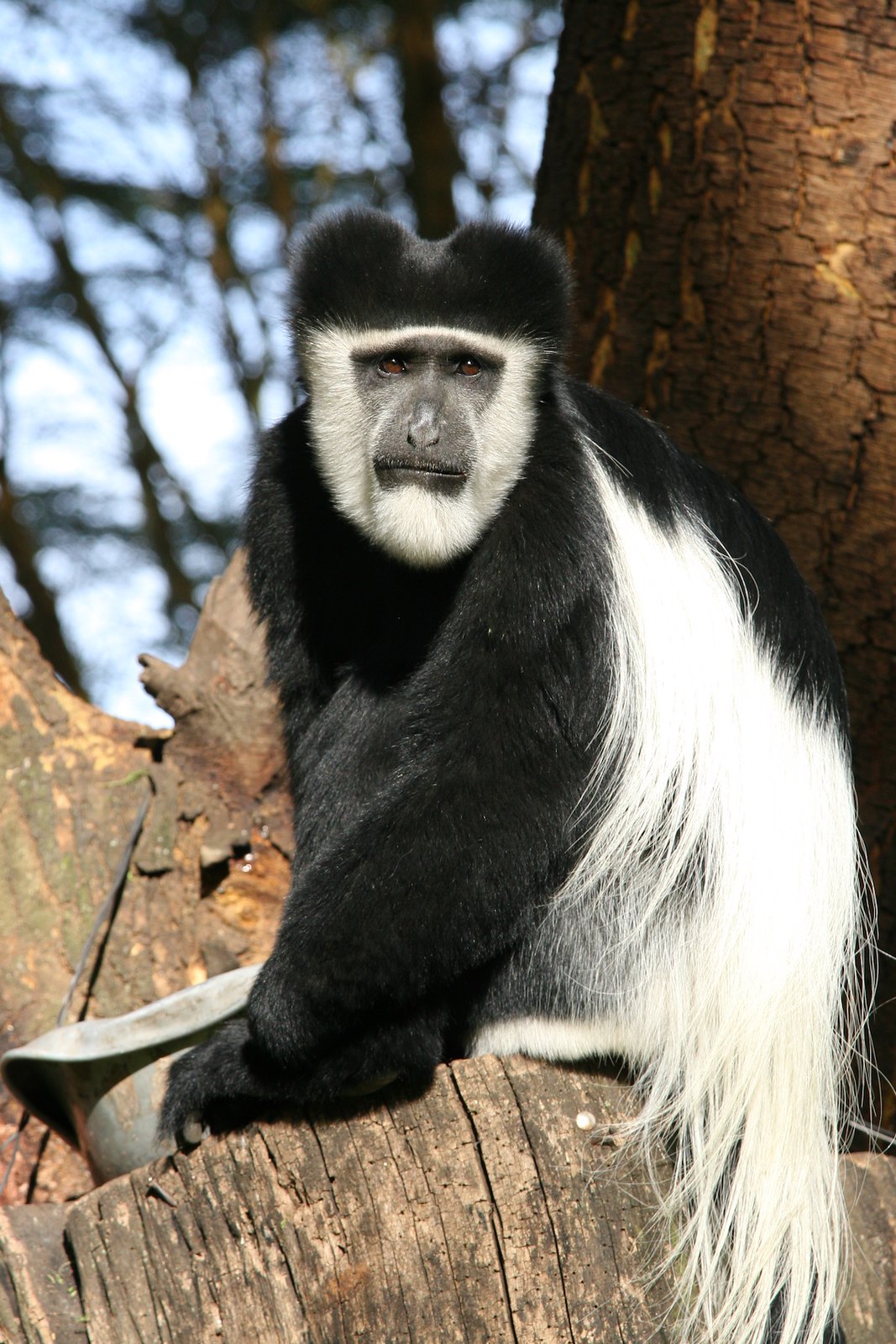 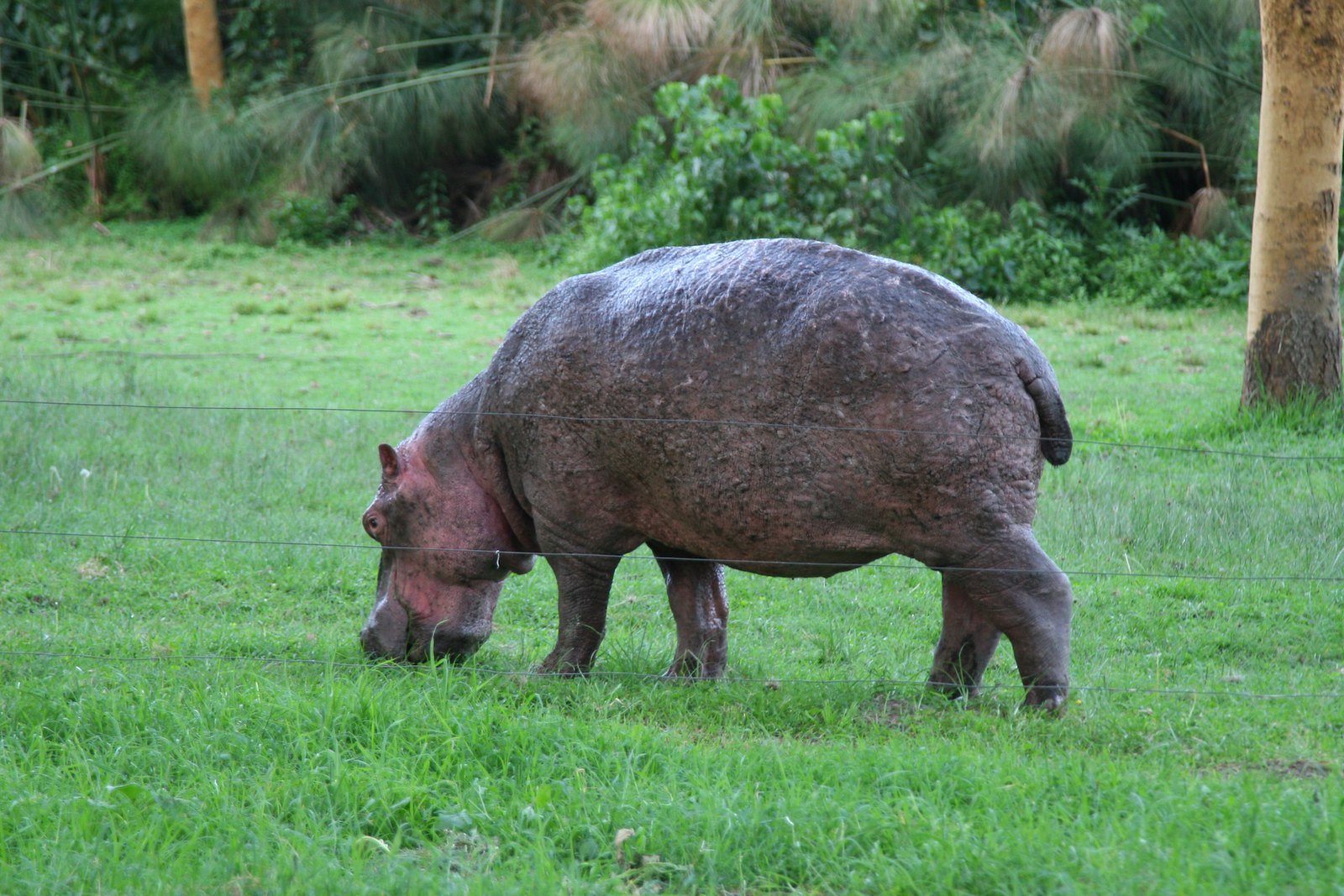 Here, we found an amazing local restaurant where the Tanzanian mama (who we loved) cooks you whatever you want and then serves it to you in her living room. She and her husband have taken in this strange old German guy named Peter – and it gets weirder… he also runs a (competing) restaurant from their home. While waiting for food from the mama you are sure to be approached with: “I am Peter. I am German. Would you like German Lemon Cakes?” Out of politeness we said “yes,” but really should have said “no,” they were terrible. On our second night eating dinner, we ordered food from the mama, but as we returned she told us she let Peter cook for us, since he needed the money. This would have been fine, as his food was also excellent, but to our frustration he charged us 150% what the mama would have charged!

All in all, it was a crazy place. Fun to be there for the election an we met some nice people but I don’t think I’ll be going back to Kenya any time soon.