As mentioned in my previous post, transport in Uganda is a frustrating, slow, and potentially dangerous experience. It is a country where, at times, you wish the journey could be omitted—it’s all about the destination.

The first such destination was Murchison Falls National Park, billed as the most exciting thing to happen to the Nile on its journey to the Mediterranean. Thanks to the business-minded folks at the Uganda Wildlife Authority (UWA), there is no shared public transport, nor will they help you arrange any, nor will they provide you with directions to the park (assuming they pick up the phone), and so we formed a group of 7 at our hostel in Kampala to make our way to the park. While there has been no lack of interesting characters along our trip, it is in Kampala where we met a vegetarian, teetotaller, yoga-practising, naturist—we met Ghandi; well, we met Kabir, but his real name just didn’t stick. After extensive negotiations with numerous potential drivers, de-railed a number of times by a certain member of the group who believed African labour should be free, we hired a mini-van and driver to take us to Murchison.

I have never had more difficulty entering a national park. The process was made complex given the various discount classes demanded by members of our group, currency conversions, and the subsequent bribe required to allow us to leave a couple hours after our 24-hour window. After much confusion, the park official threw his hands up in the air, forced us out of his office, and told us we weren’t being co-operative. Furious, he wanted nothing to do with us. Alone, Ghandi stepped into his office. He asked the official to take two deep breaths. In. Out. In. Out. A few minutes later, he and the official emerged, both smiling. The park fees had been agreed to and the bribe reduced to a negligible amount. Once in the park, we arranged a boat for a game drive and trip to the base of the falls. Once we reached the falls, we hopped out, climbed to the top (necessary if you want to get the full effect of the falls), and pitched our tents—prepared to camp in the bush for the night. Determined to go for a swim, ludicrous considering the power of the falls, Ghandi became one with nature and found what is likely the only spot to safely enter the rushing water. The girls were in a bit for a shock as Ghandi preferred to swim nude, but we all quickly adjusted. Sort of. We fell asleep that night to the wonderful sound of the falls. On our way back to Masindi the following day, the driver began a desperate search for petrol. The only man in town with a jerry can full of petrol wanted to charge the driver twice the market rate. In the depths of despair, our driver didn’t know what to do. Then Ghandi put his arm on the shoulder of the man with the jerry can and asked him to take two deep breaths. In. Out. In. Out. “Ok,” said Ghandi, “he’ll sell you the fuel at the market rate”. Everyone in the car was silent. Unfortunately, even Ghandi was unable to prevent us from running out of fuel two more times. 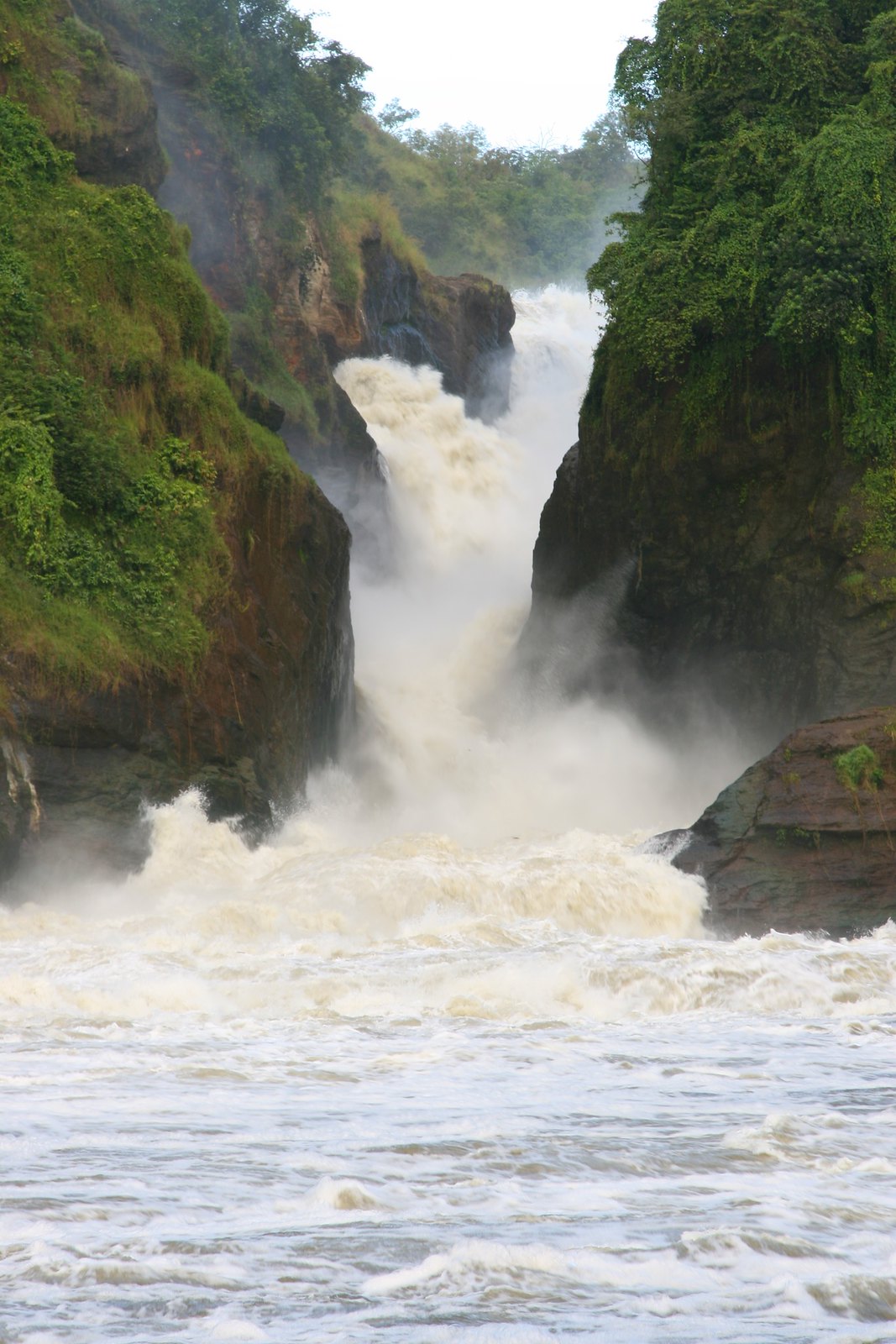 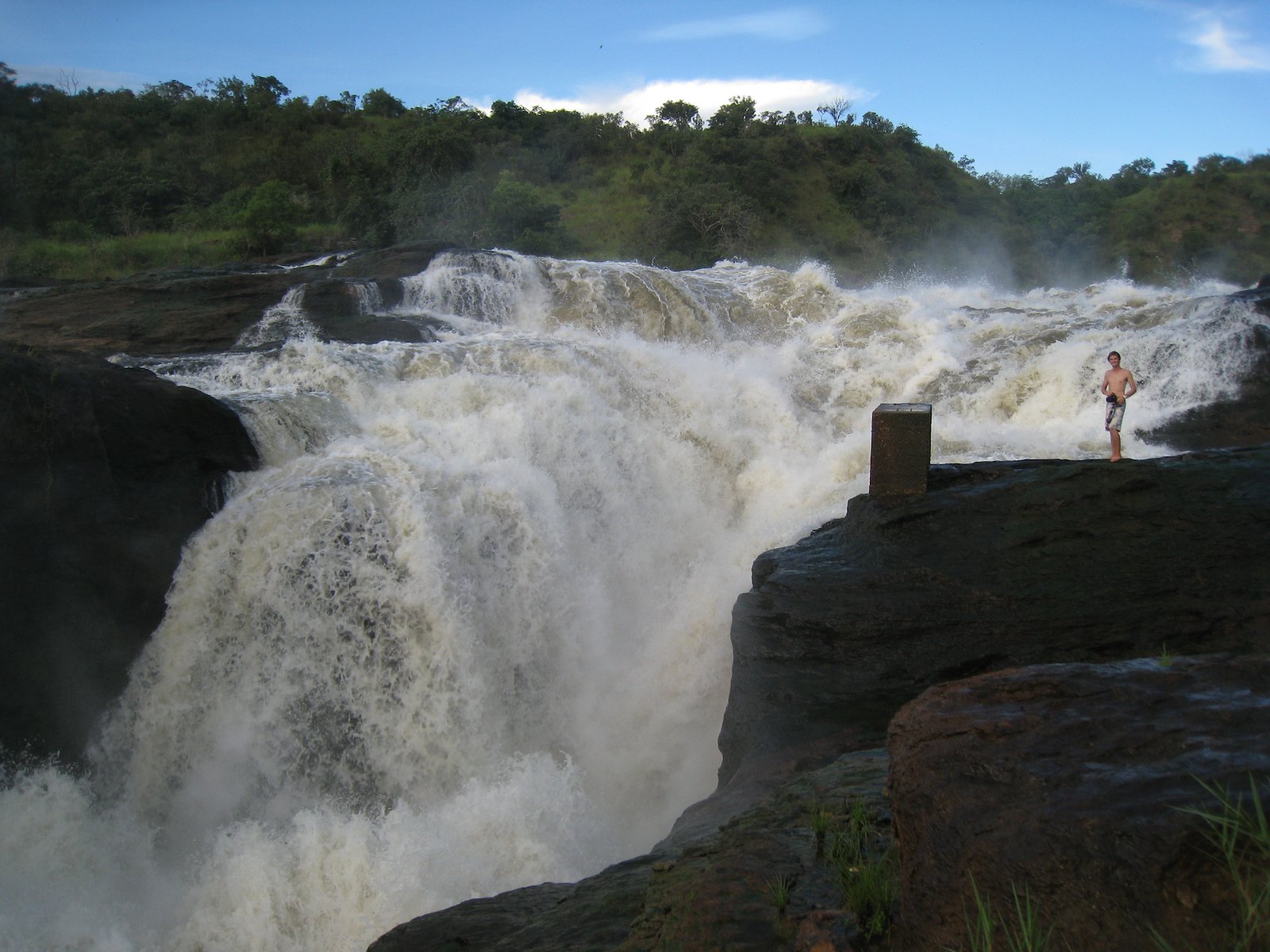 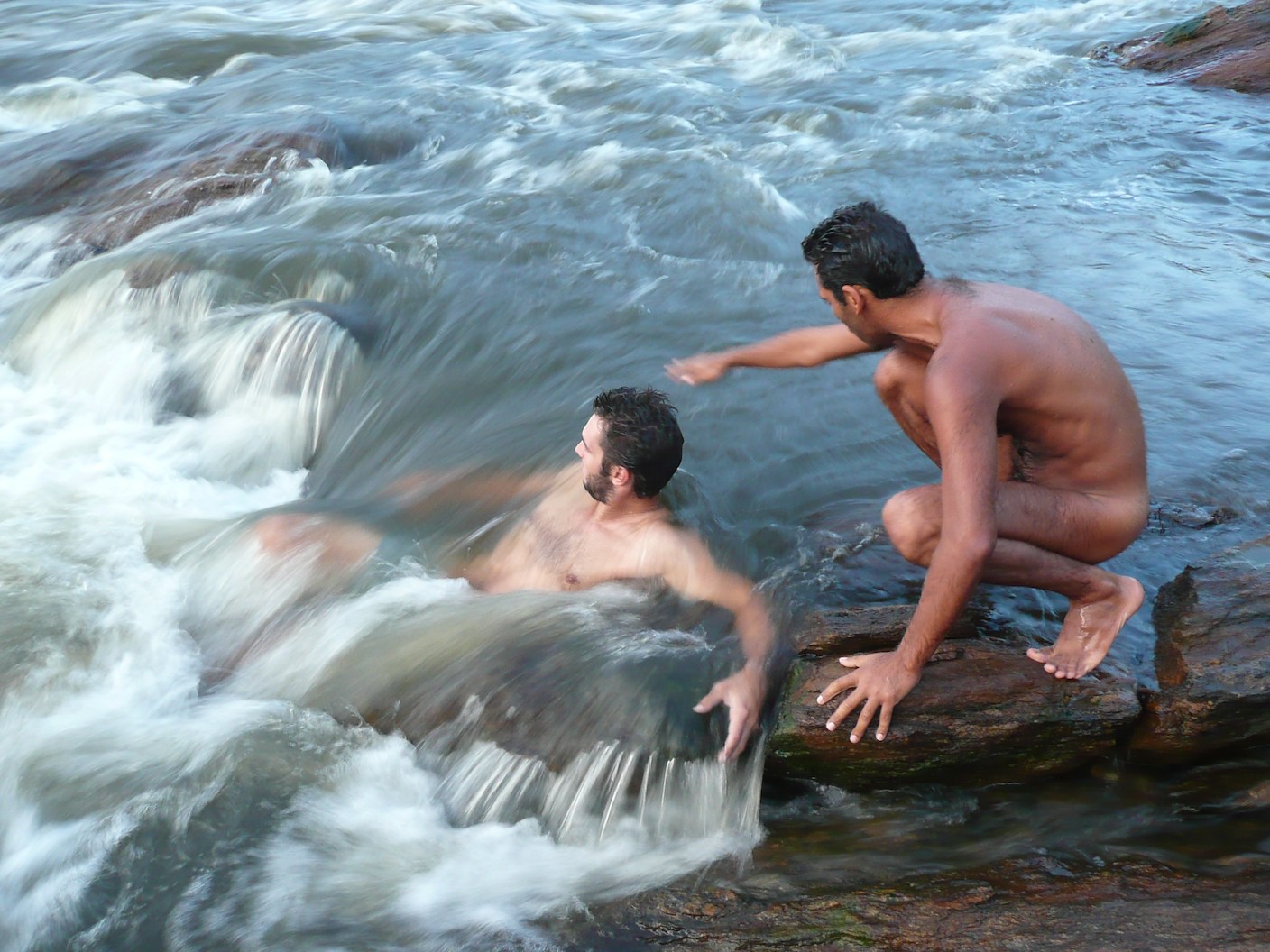 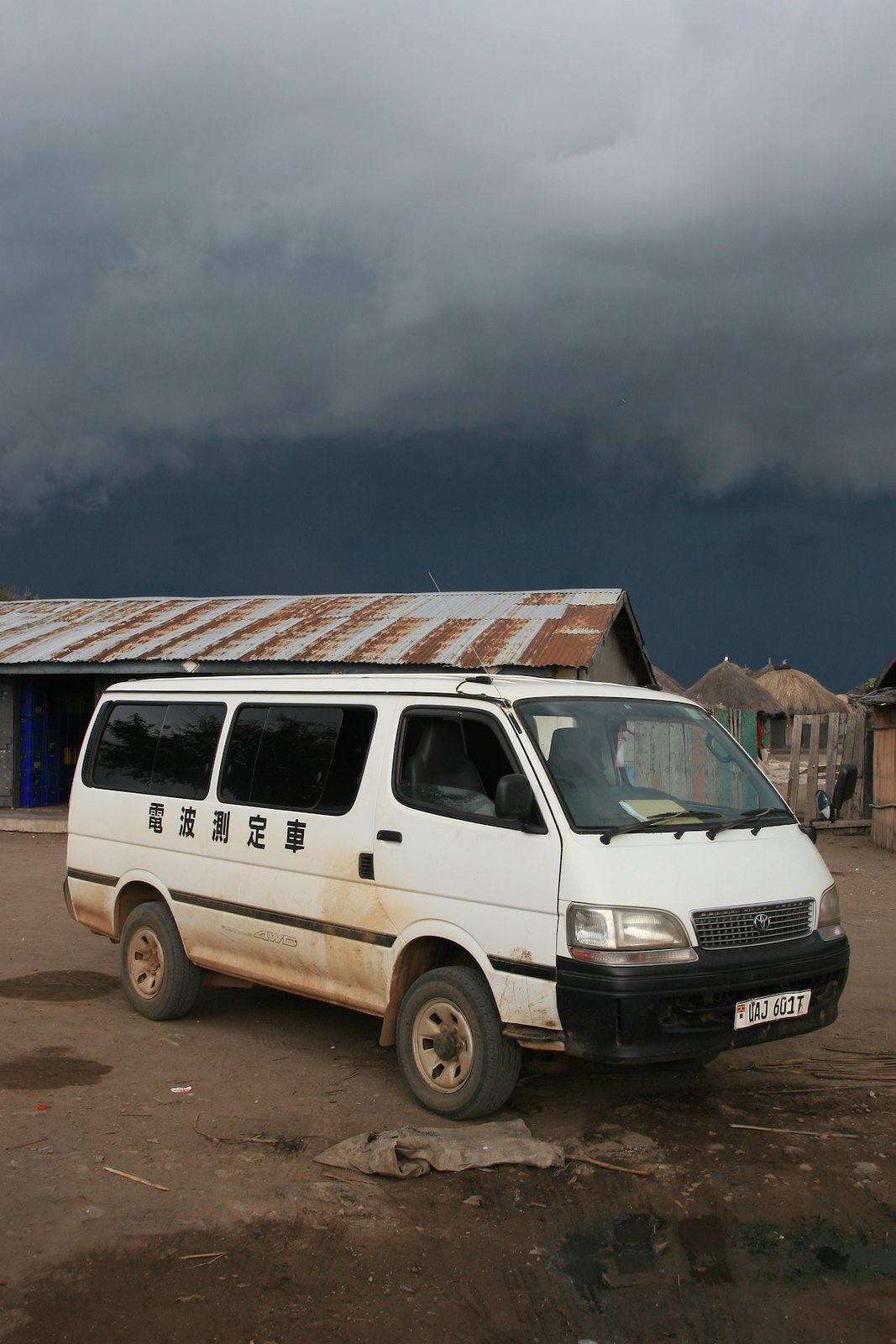 We spent the night in Masindi at the dishy Downtown Hotel—dishy in that we had running water and our own bathroom; luxury at $5 a night. The hotel was also conveniently located next to Club Liquid, the only place in town that night with electricity. As tempting as it was to enter, we decided to stay outside so we could meet some of the locals. In fact, I had a pleasant conversation with a young gentleman that went something like this:

After about 15 minutes he was joined by his friend the Rastafarian where perhaps the duo thought they might prove be an attractive 2-for-1 deal. After numerous unsuccessful attempts to pawn my new friends off on Allison, I said goodbye to my friends who responded with a traditional Ugandan farewell, “Ok, so you take me to Canada with you?”.

The next morning we shed some of the less desirable members of our group and caught a bus to the hub town of Fort Portal—the name being far more exciting than the town itself. In a crazy random happenstance, we met a group of young Canadians from Edmonton who have been living in Fort Portal to complete academic research. After treating us to some tasty dessert at their home, they shared with us a popular English textbook used in the local schools. The book took a decidedly different approach than other language texts I’ve seen, ignoring basic chit-chat—what day is it? where are you going? I have 10 lemons, etc.—and cutting right into important one-off phrases—”Please give me money”, “Uncle is drunk again”, and “I am the Angel Gabriel”.

Next stop was the Kalinzu Forest Reserve, where a fellow traveller informed us we could go chimpanzee tracking. Although the chimpanzees were quite far away, they were nevertheless entertaining to watch. 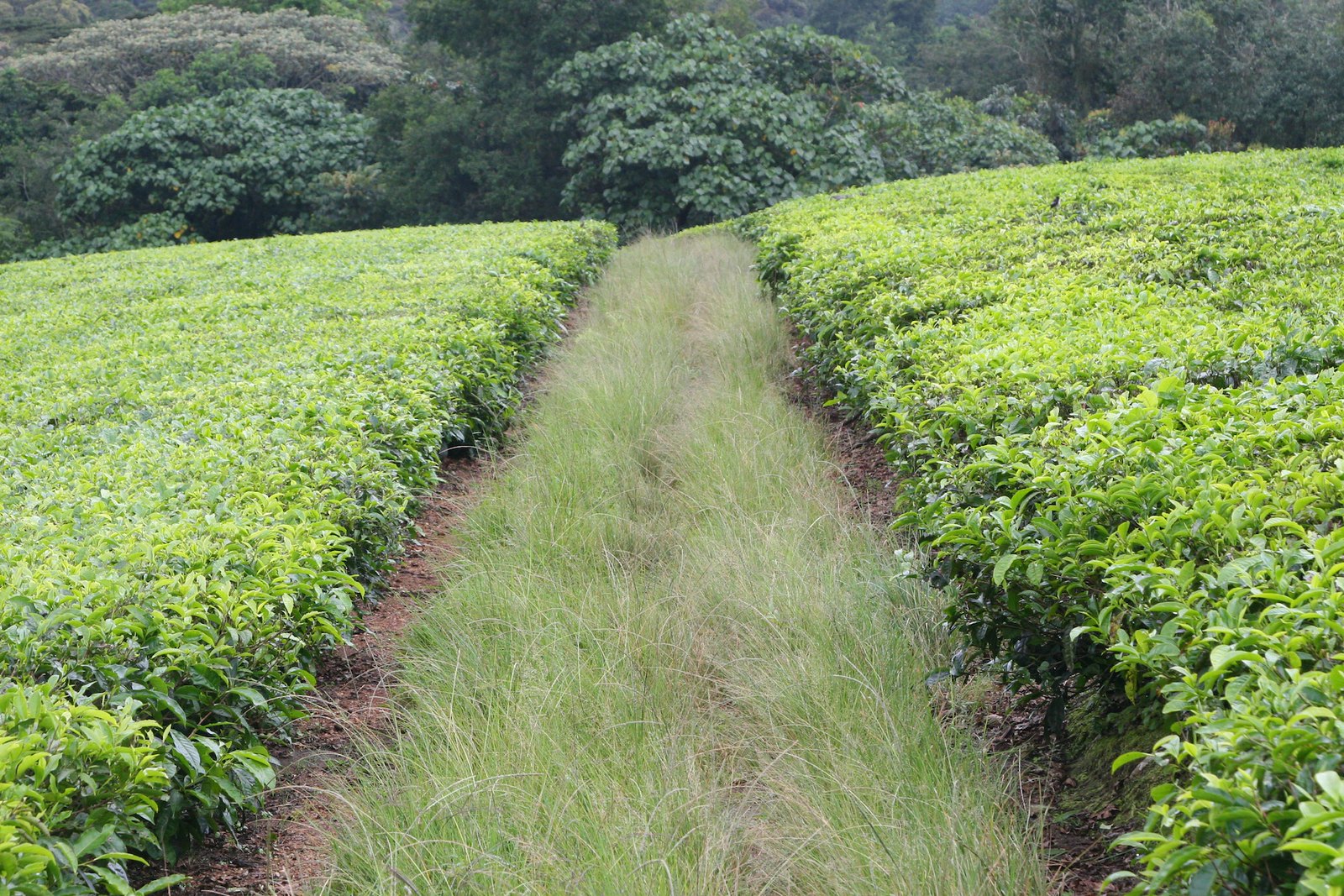 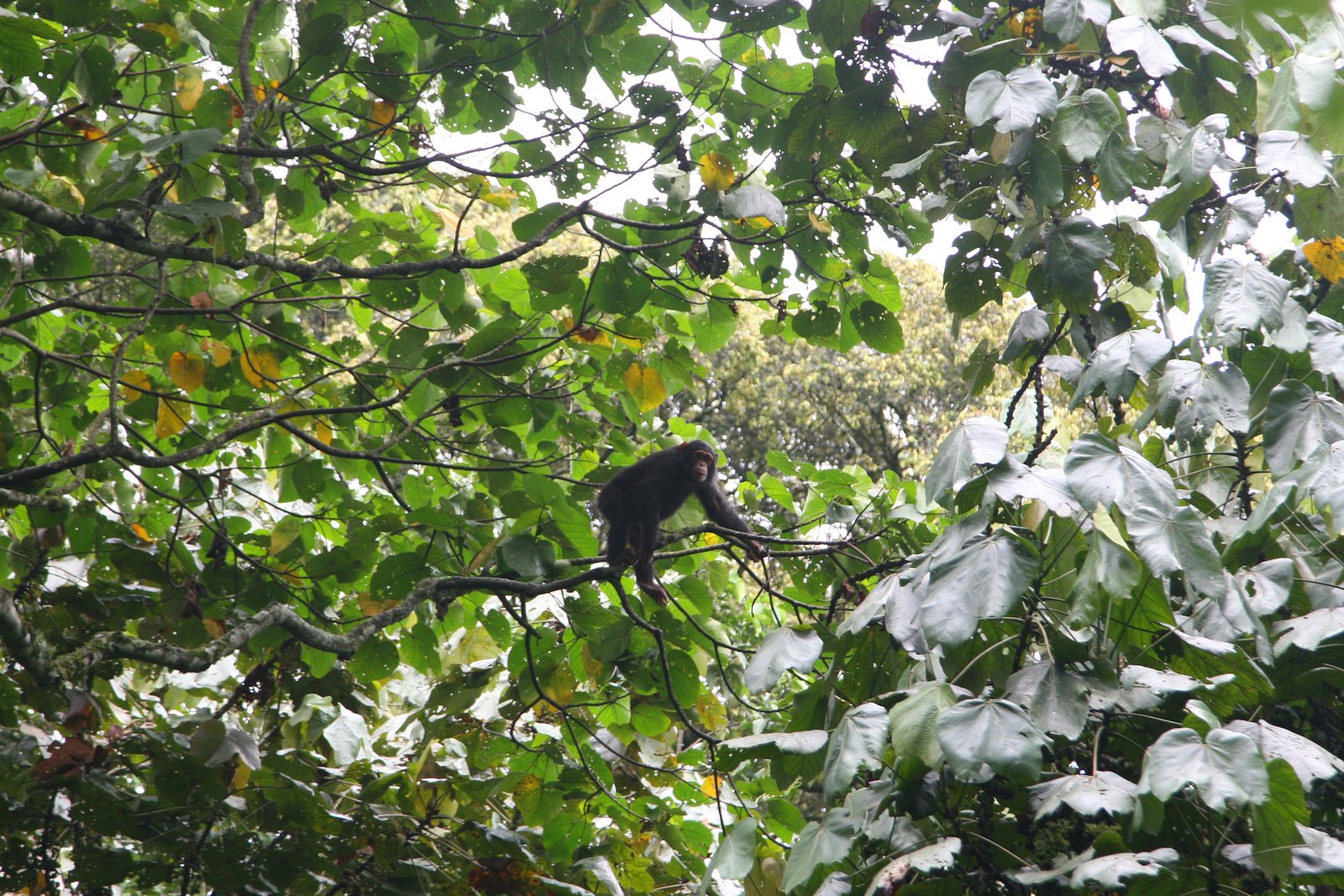 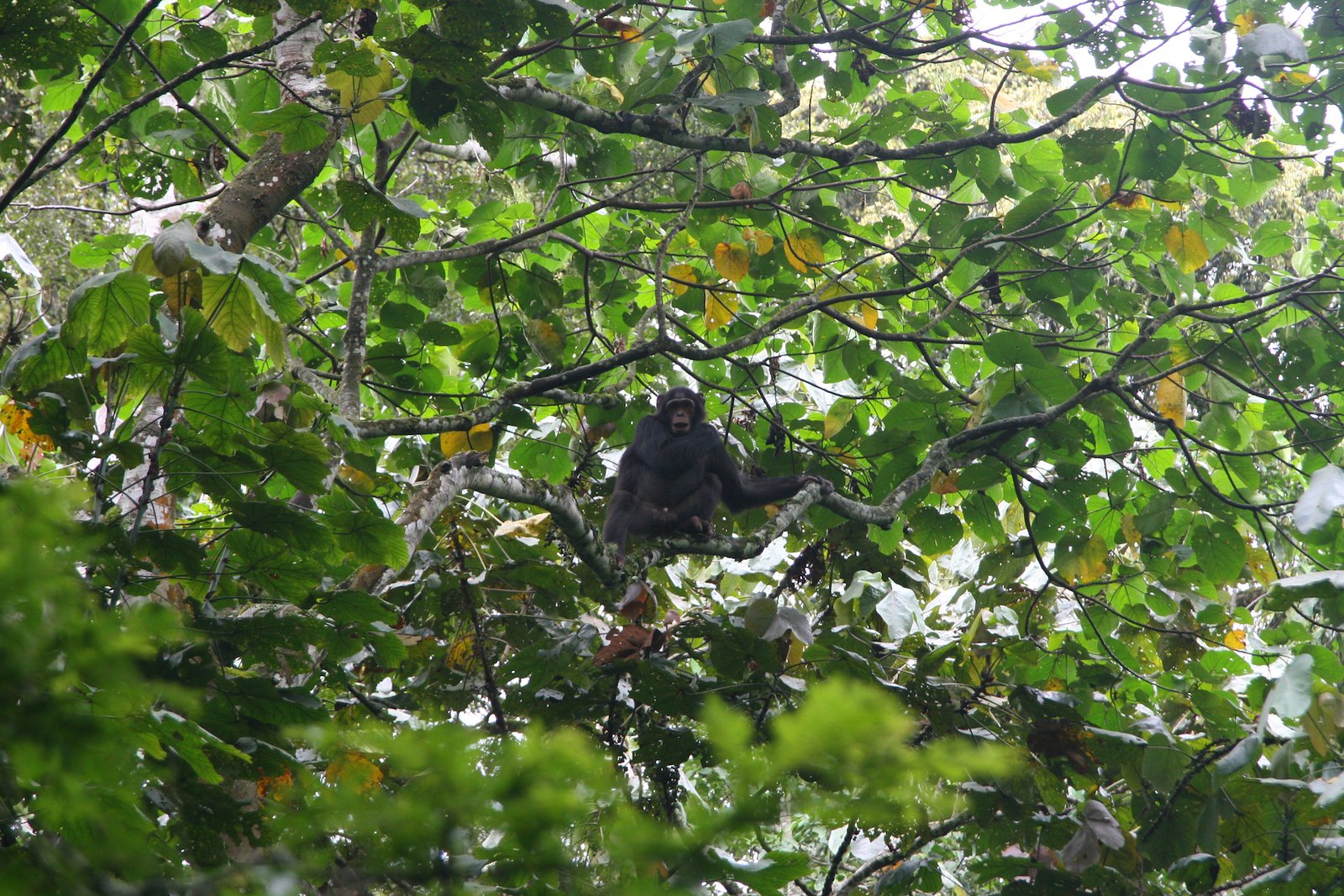 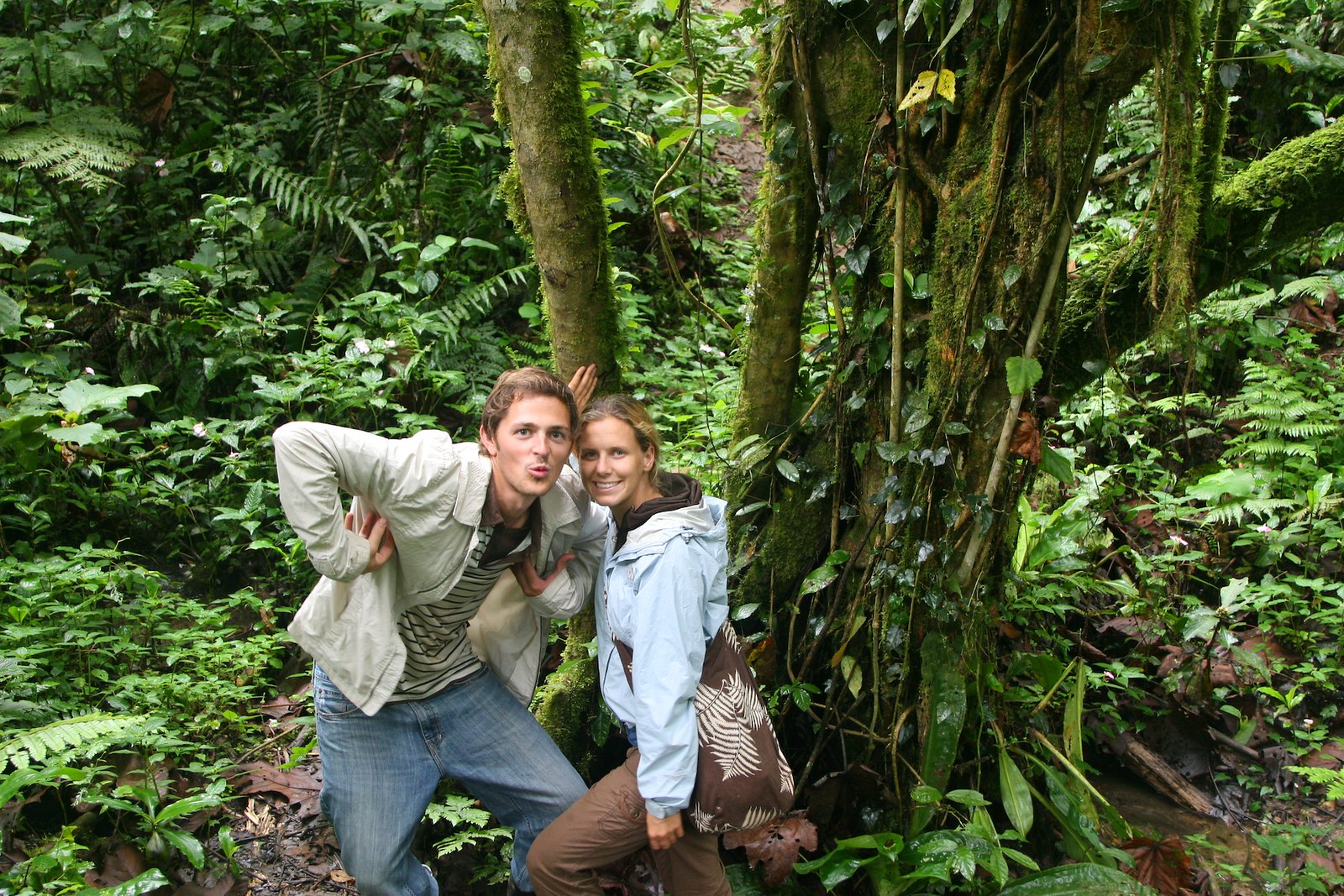 We said good-bye to the last two members of our group and travelled South to Mgahinga National Park. We arranged with the park officials to climb the daunting Mt. Sabinyo the following day—a 14km hike climbing a vertical distance of 1300m. Through bamboo forests and up a number of ladders, we were rewarded with misty views and the unique experience of being in three African countries at once: Uganda, Rwanda, and the DR Congo. Despite intense rain and slippery conditions (you can imagine how much fun that is at 3670m), we were honoured by our guide and ranger at the base when they declared “congratulations, you went normal pace” (8 hours)—apparently, some hikers don’t return until after dark. 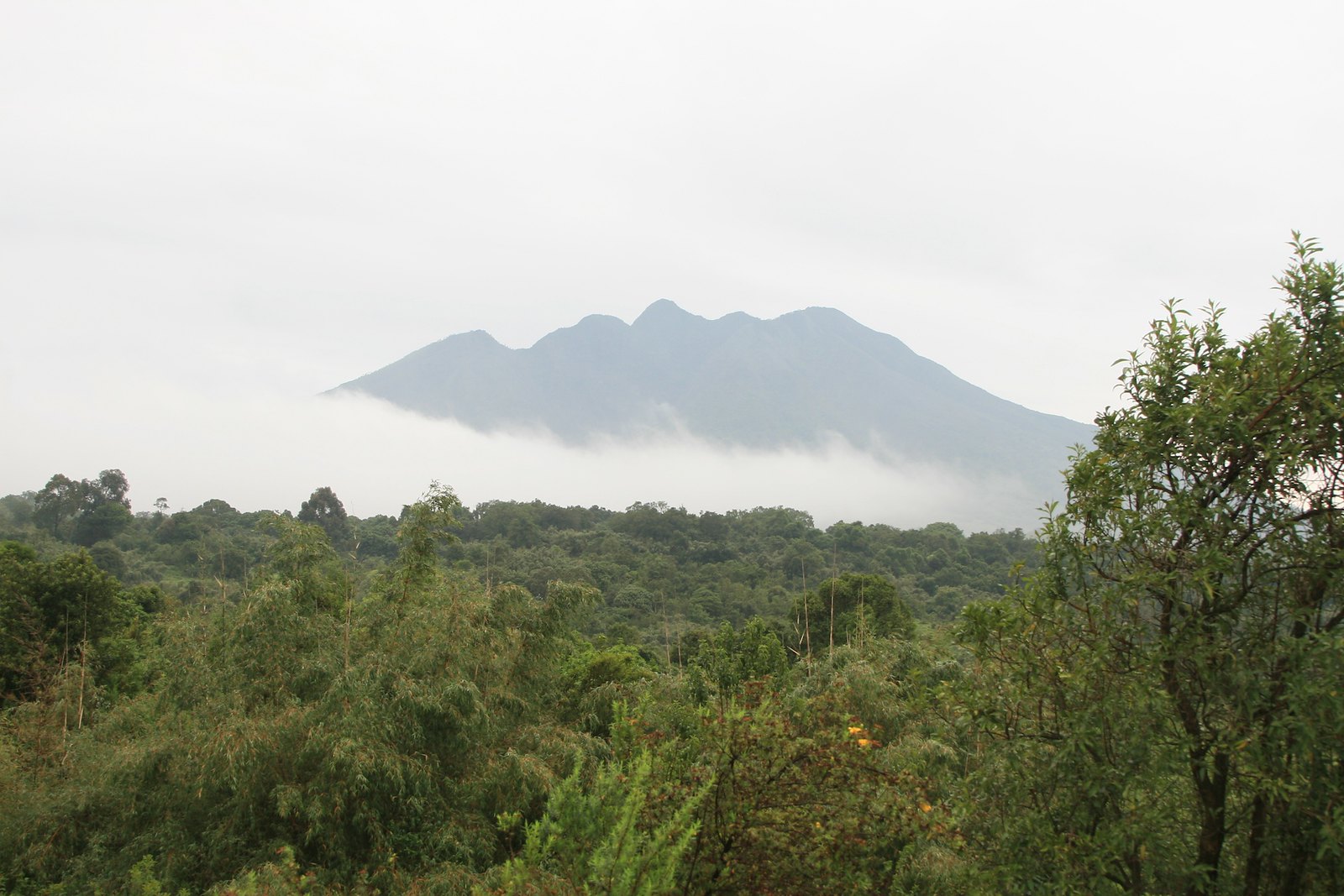 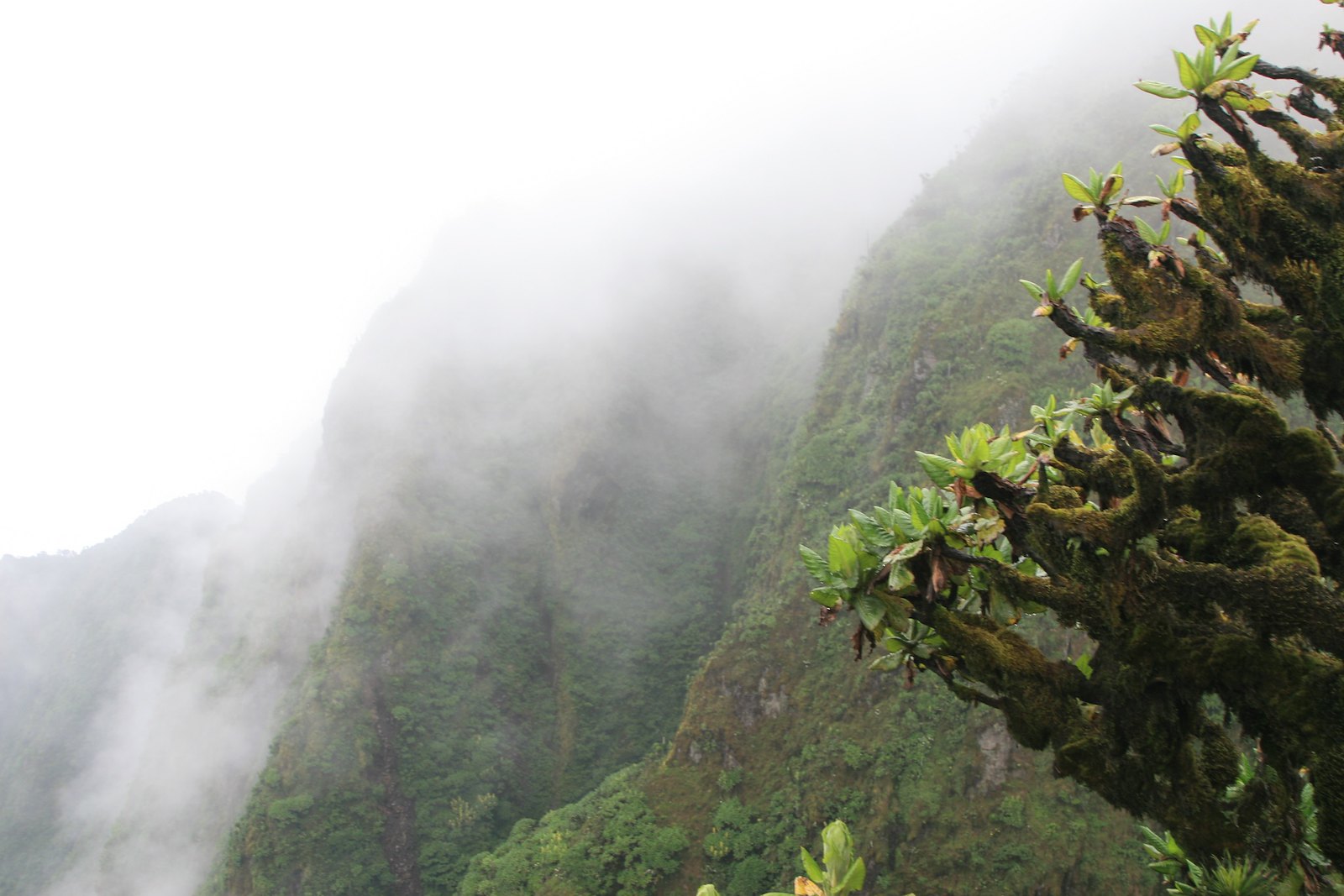 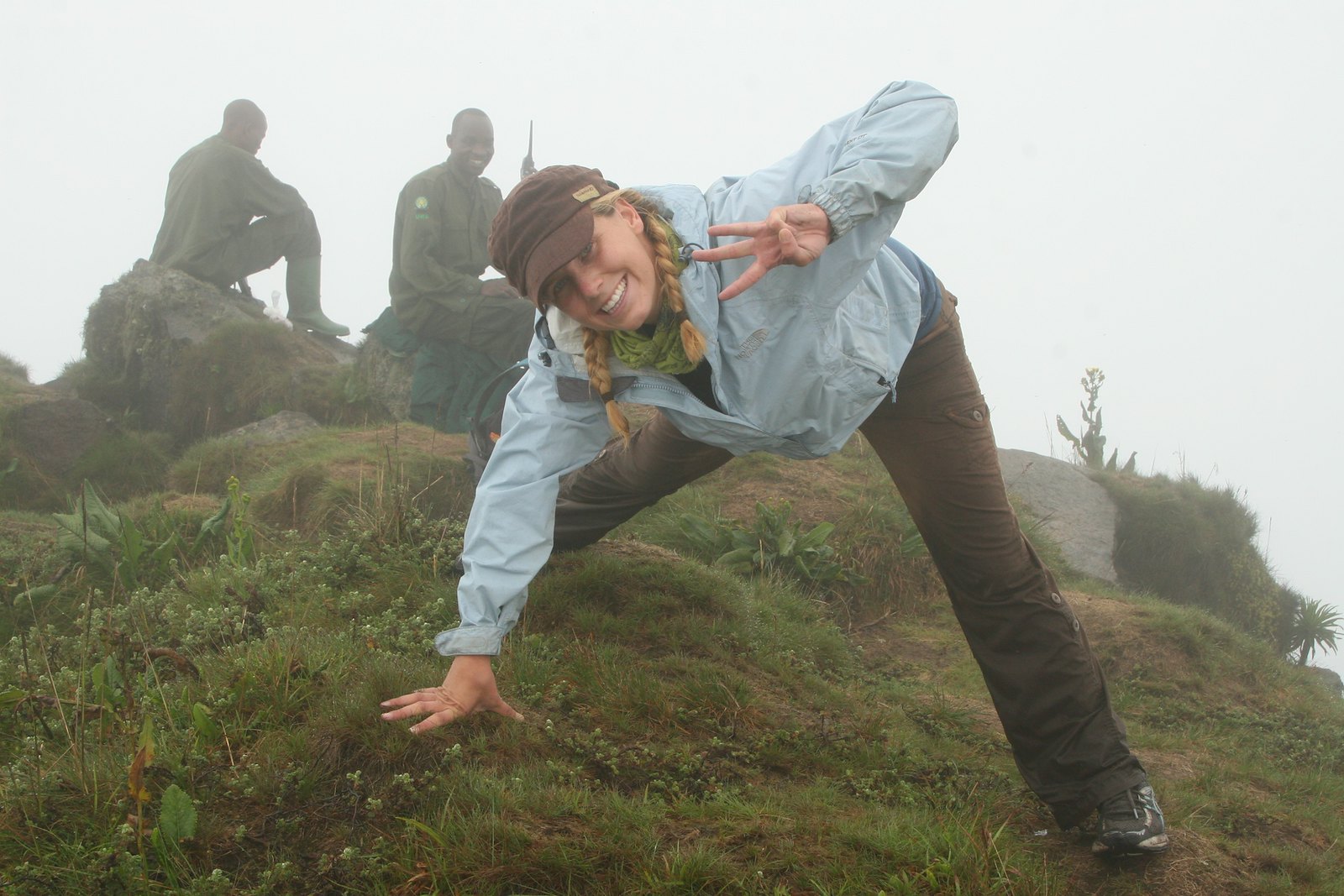 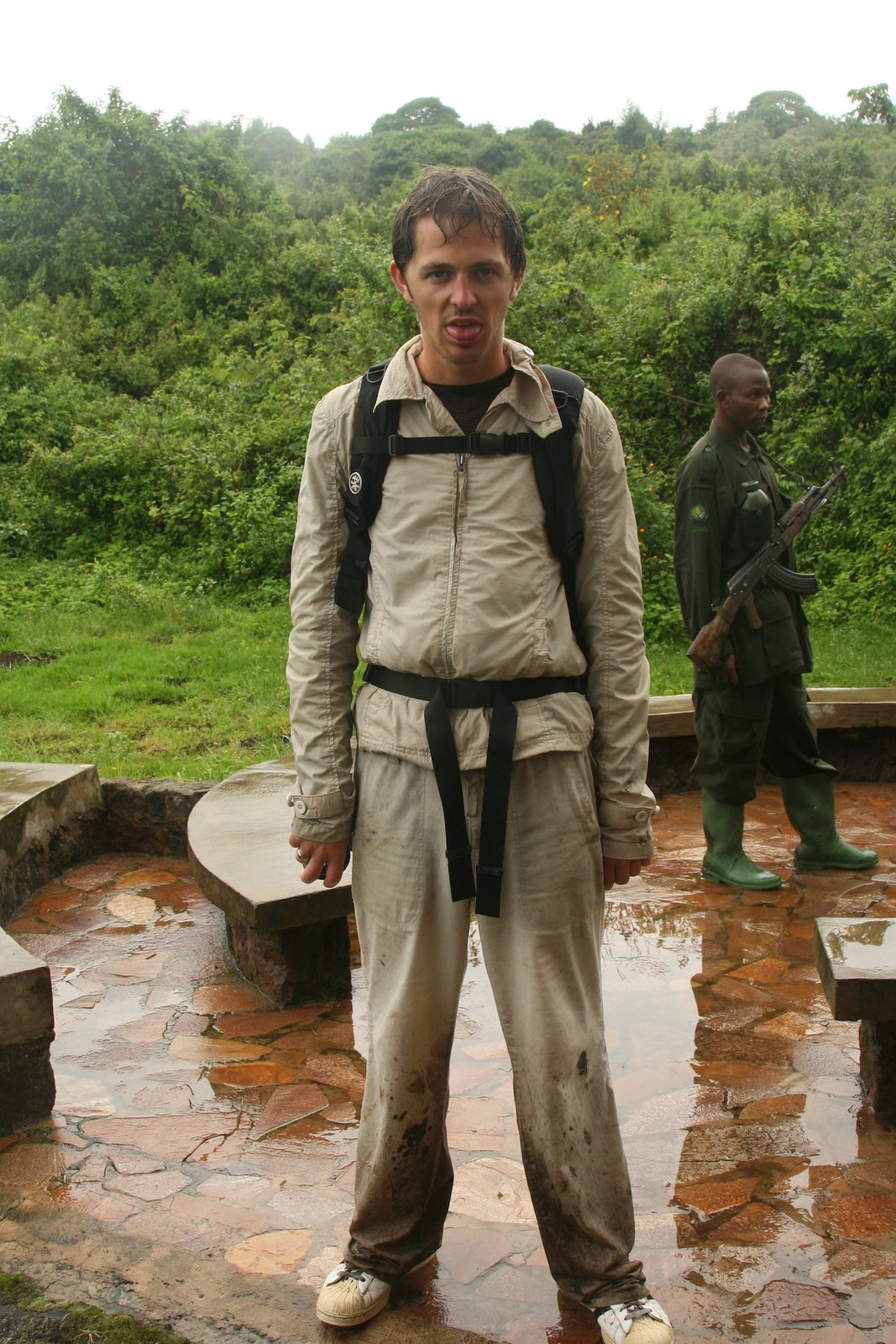 And then we reached the highlight of our trip in Uganda—Bwindi Impenetrable Forest, home of the extremely rare, and highly protected, mountain gorillas. In Kampala, we managed to get our hands on the equally rare, and rather expensive, mountain gorilla permits. Only eight people are allowed to visit each gorilla group each day. The experience wasn’t cheap—the permits themselves were $500 USD each, lodging was expensive (but good value), and when we asked about ordering chicken & chips for lunch, the woman serving us replied with “I’m going to tell you the price…*pause*…are you ready?”—but it was worth every penny and scrap of effort. I’ve never had an experience like it. Less than 5 metres away, we watched a baby gorilla play, a young male fall in love with one of the members of our group (coincidentally, the one most afraid of the gorillas), and the huge silver-back sit back and scratch himself. This is not to be missed. 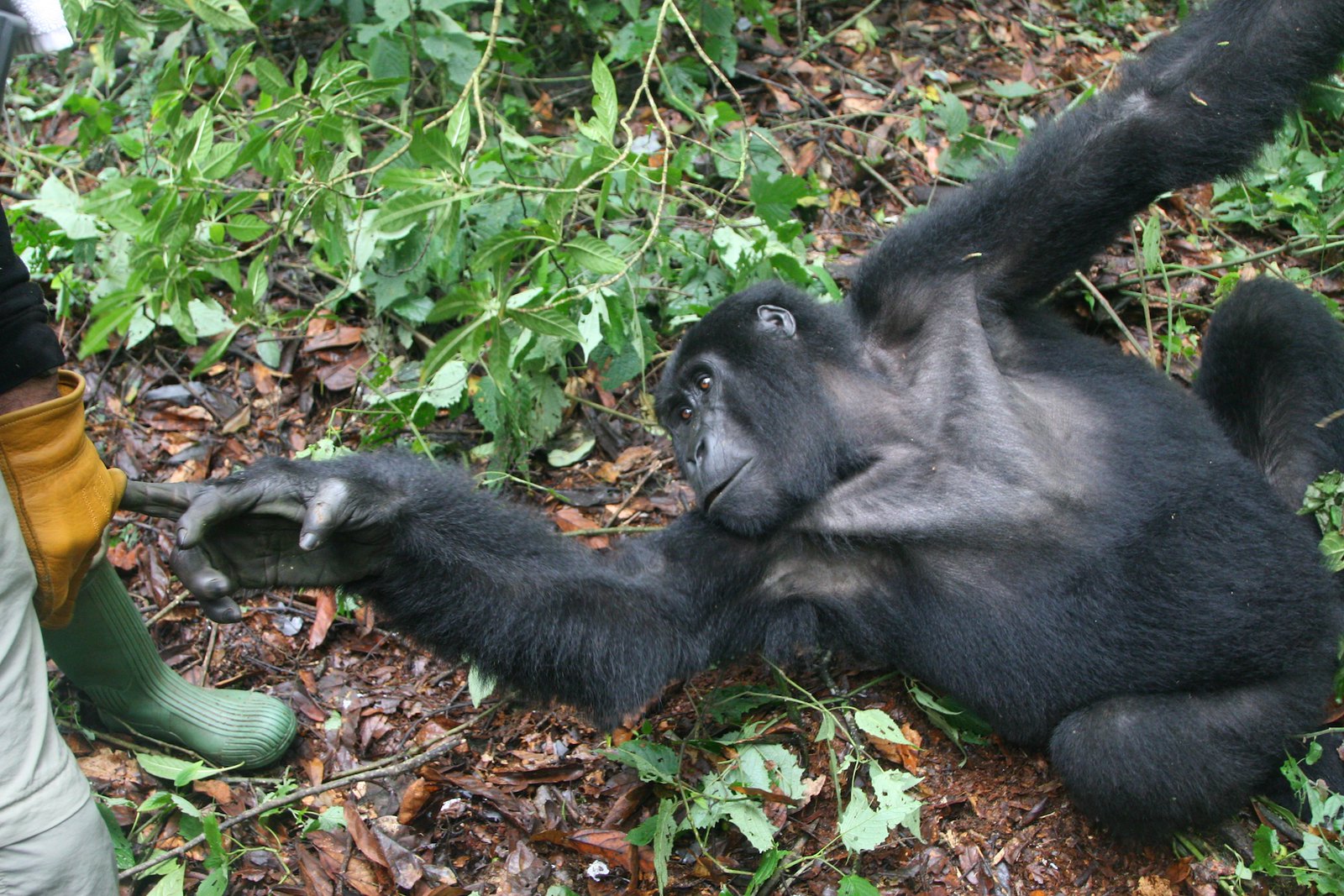 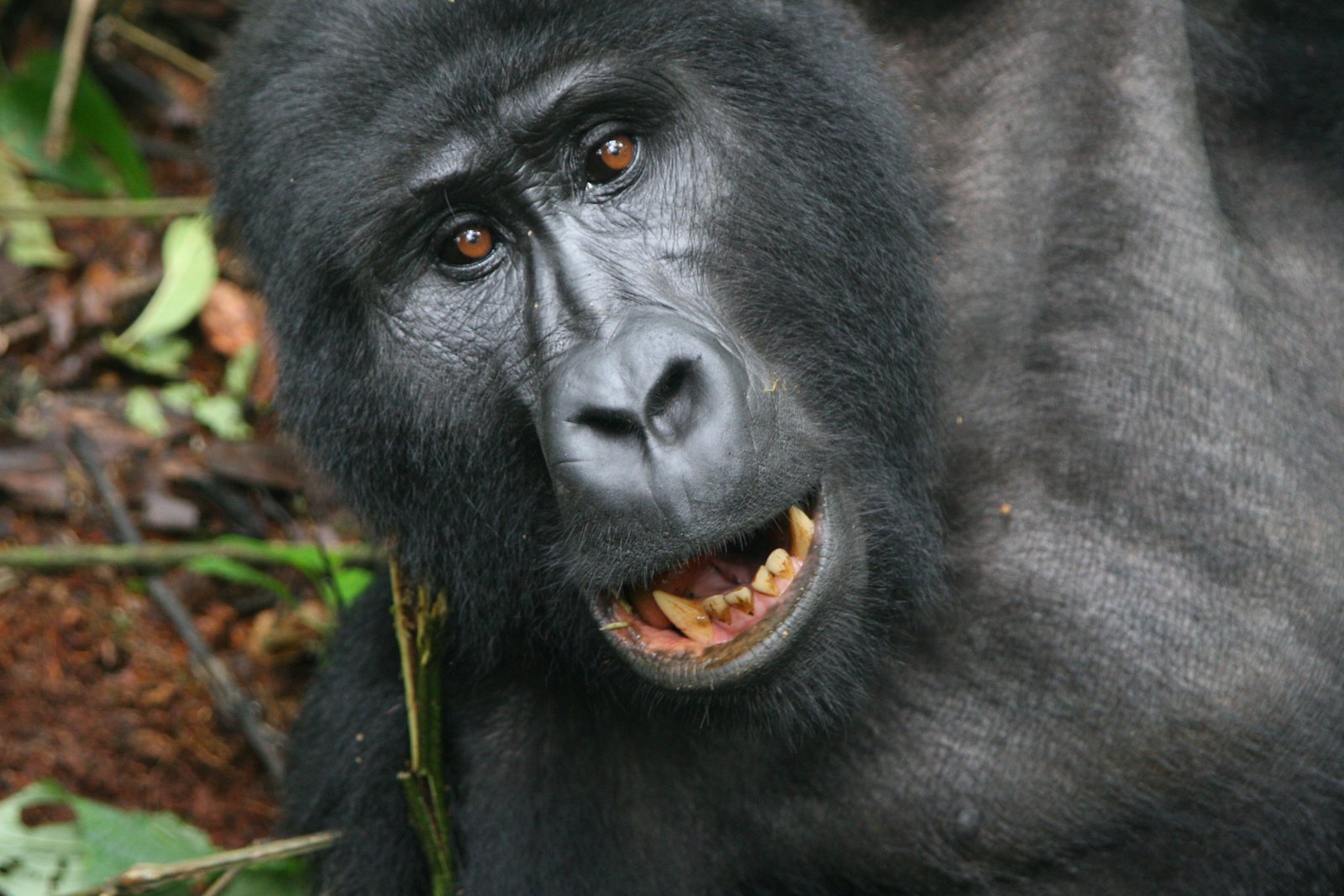 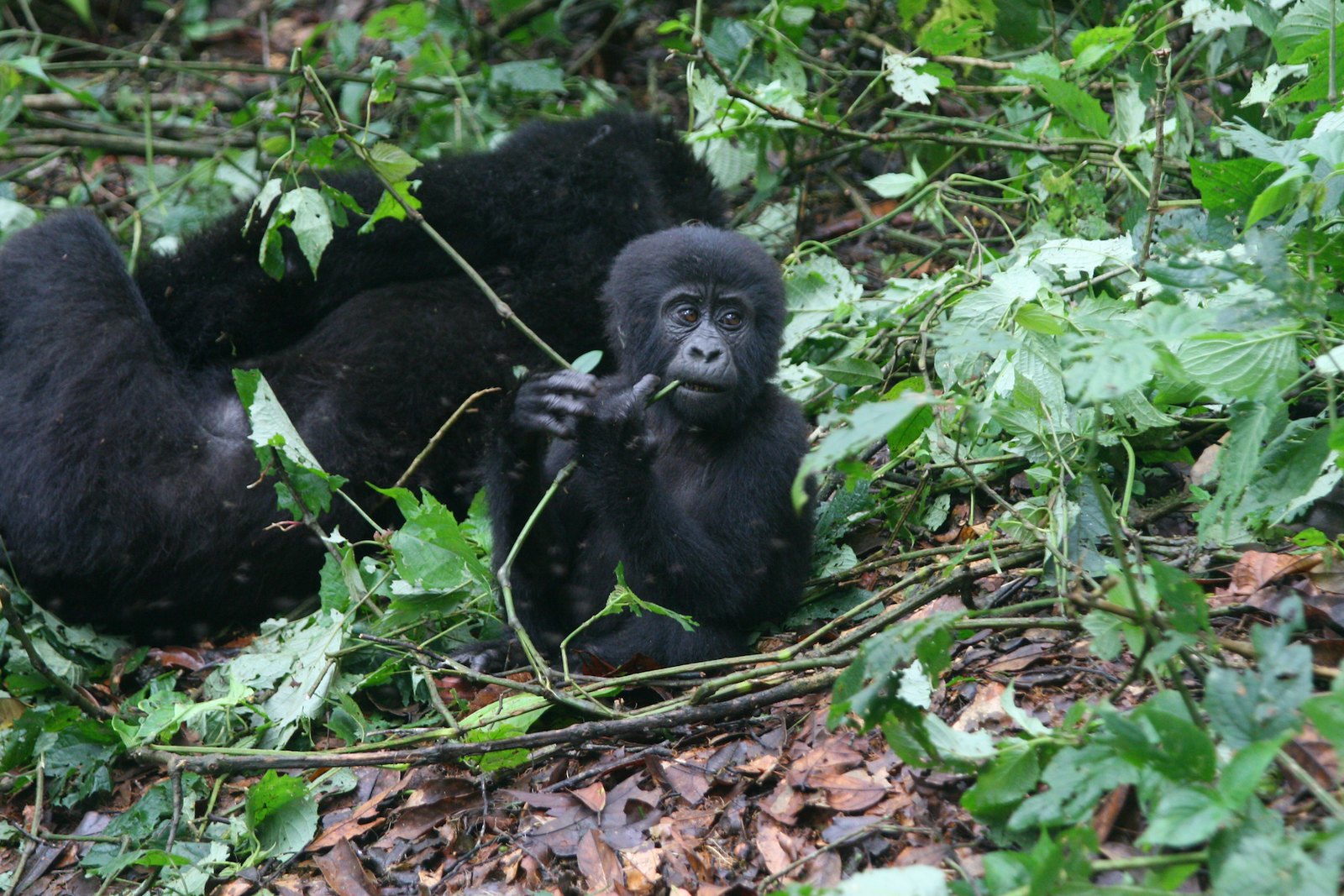 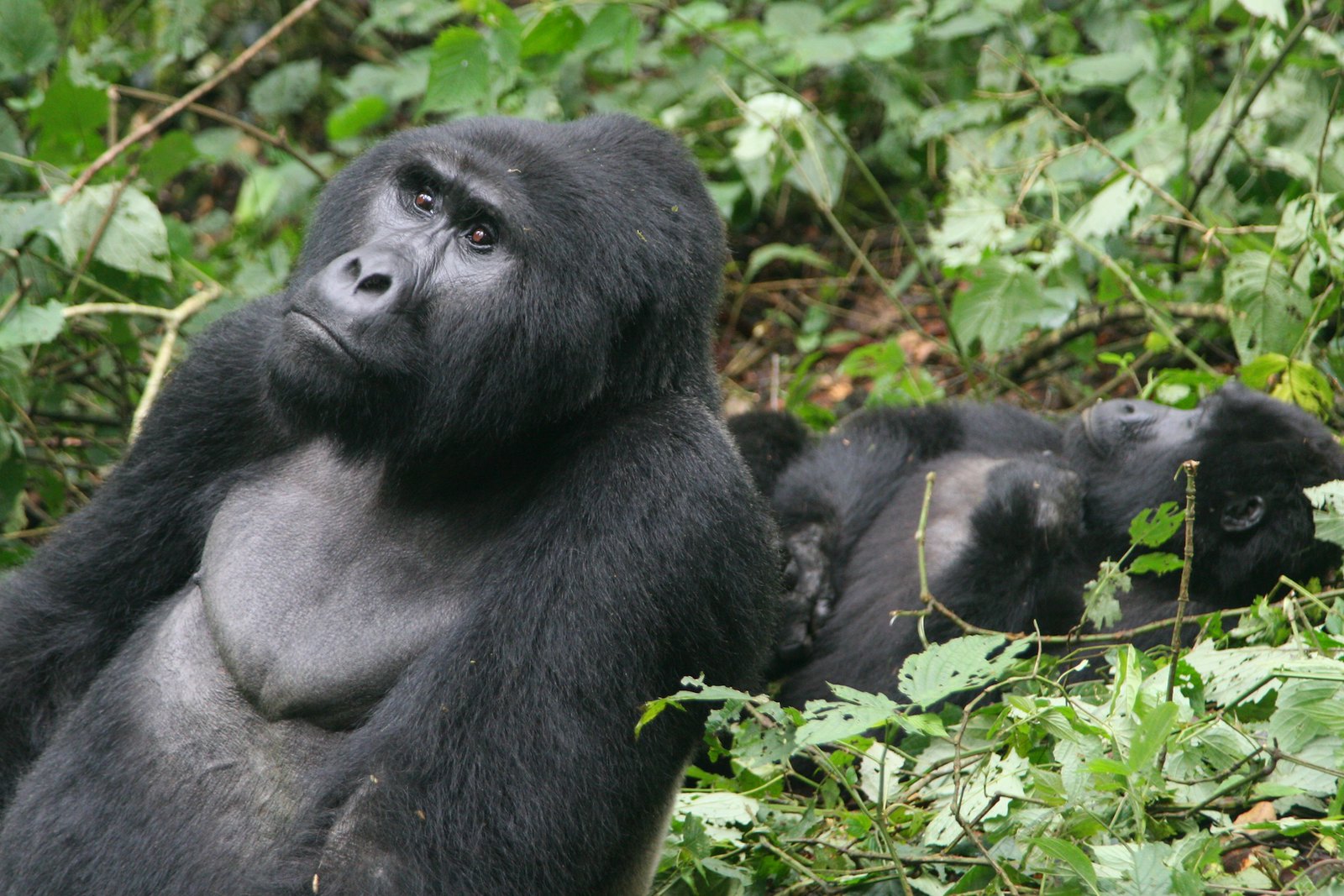 And so, in the end, the rewards really did more than make up for all the missteps and surprises. Uganda really is the pearl of Africa and one of our favourite African destinations.

Planning on visiting Uganda? A few things we wish we knew in advance—not found in the Lonely Planet nor anywhere on the internet: