First let me apologize for the delay – I’ve been on vacation from traveling and accordingly the blog has fallen by the wayside. As some readers may know I left London on July 19th to come home for “wedding season:” three close friends had or have weddings on July 19th, July 26th and August 9th! Spending three weeks at home gave me the chance to celebrate with them and to spend some time at the lake with my family. Jon stayed in the UK and saw Ireland and Scotland before he flew to Toronto this past Tuesday in order to be a groomsmen in one of his closest friend’s weddings! Needless to say we’ve been very busy and have accordingly been very bad bloggers. No need to worry though – as of August 11th we are back on the road and will be keeping up with our writing!

We started off our trip to Croatia on a hot and crowded bus from Montenegro, and although we breezed through the Montenegro exit formalities we were stuck at the Croatia border behind several busses for about 2 hours. To add insult to injury, after such a long, hot, wait we didn’t even get an entry stamp for Croatia. After finally getting through, Croatia started to shape up, the drive along the coast to Dubrovnik was beautiful, and the view of the old town from above was stunning, it is breathtaking when approached from the south.

The second indication that something was amiss was when we got off the bus in the bus station – we were swarmed with private room owners. These owners were more intense than anywhere we have been (including Asia). They didn’t even give you a chance to grab your bags, get your bearings, or breathe, they simply got in your face – shoving one another aside – to sell their (very expensive) rooms. After talking to a few we decided that Slavco seemed like the best bet, he was friendly, his English was good, and he had a shared kitchen… unbeknownst to us he was ill-located, and even worse his room was infested with bedbugs.

We awoke the following morning and decided it would be fun to walk to old town (about 4 kms). This decision was partly based on the fact that we wanted to find the open air movie theatre (we didn’t) and we wanted to find the hostel because their website promised a book exchange (which they didn’t have). We also didn’t fully consider the affect of the 35 degree heat over 4 kms and as we wearily approached the old town our excitement about being in Dubrovnik grew. We walked into old town and were taken aback … not by its grandeur but by the crowds… swarming masses of idle groups enjoying, or (like me) trying to enjoy, the beauty of the old town. I find it too bad that hoards of people can colour my impression of a place to that extent. I was feeling really disappointed with Dubrovink. I was also quite hungry. 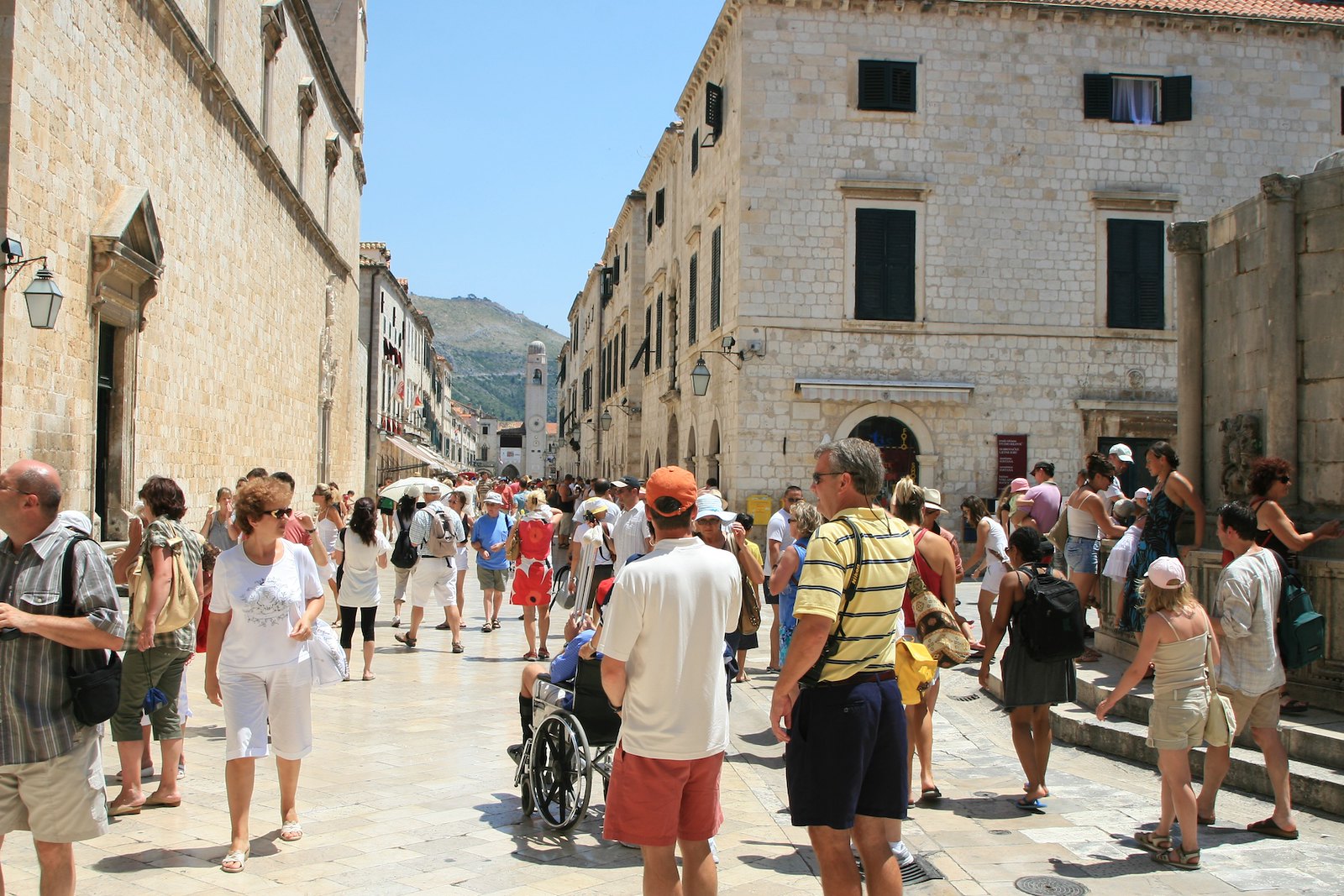 Dubrovnik started to redeem itself in the evening when we went up and walked around the (very expensive) city walls at 6:00 pm – much later than the crowded heat of the day – and got to see the city from above. This was beautiful, the sun warming the tile roofs was an amazing sight and the 2 km circumnavigation of the city walls took us up, down and around and afforded us with beautiful views of the city, the ocean and the islands beyond. That night was fun too – after 2 for 1 pints of beer we ate a welcome (albeit very expensive) Mexican dinner where I met an American version of me! 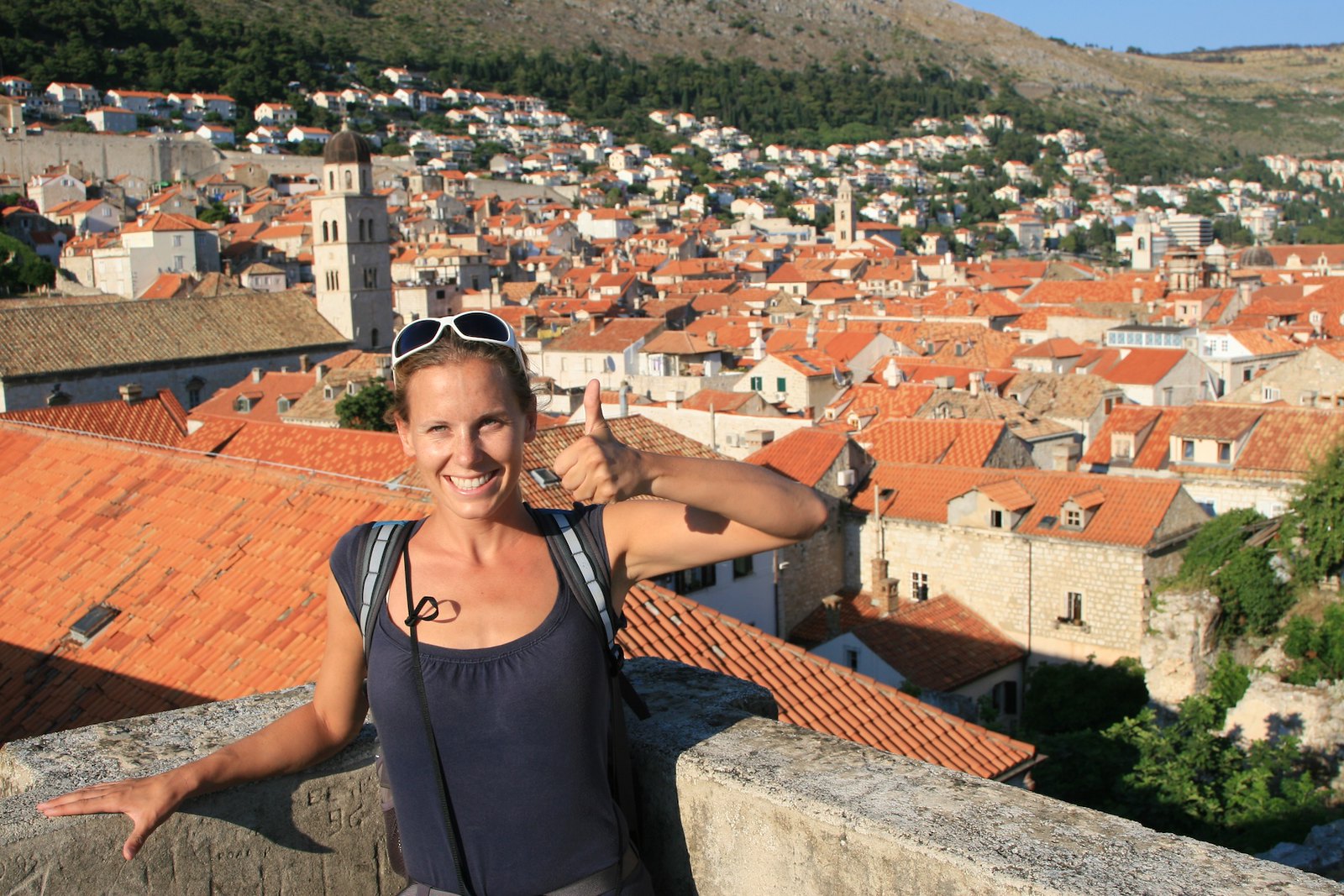 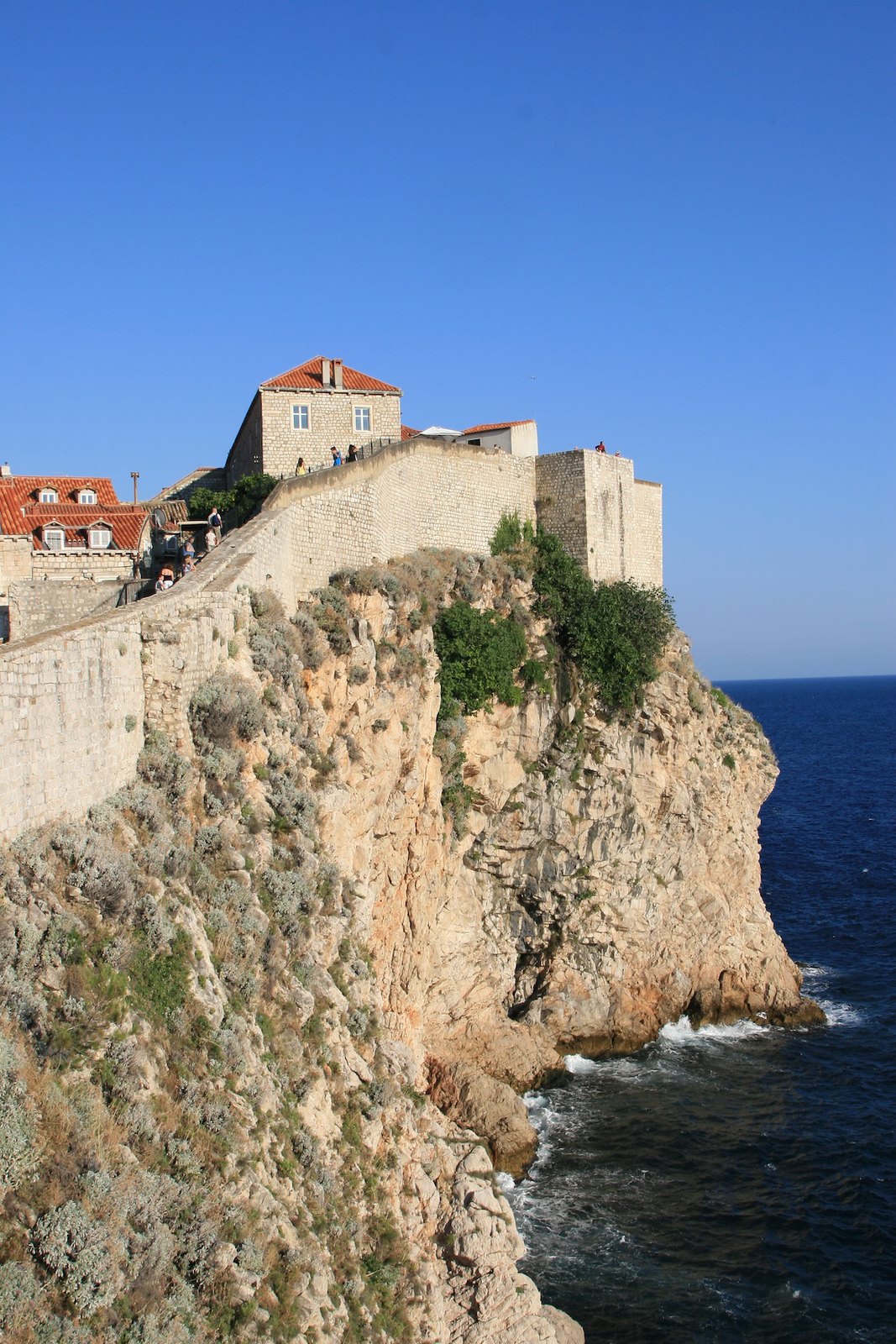 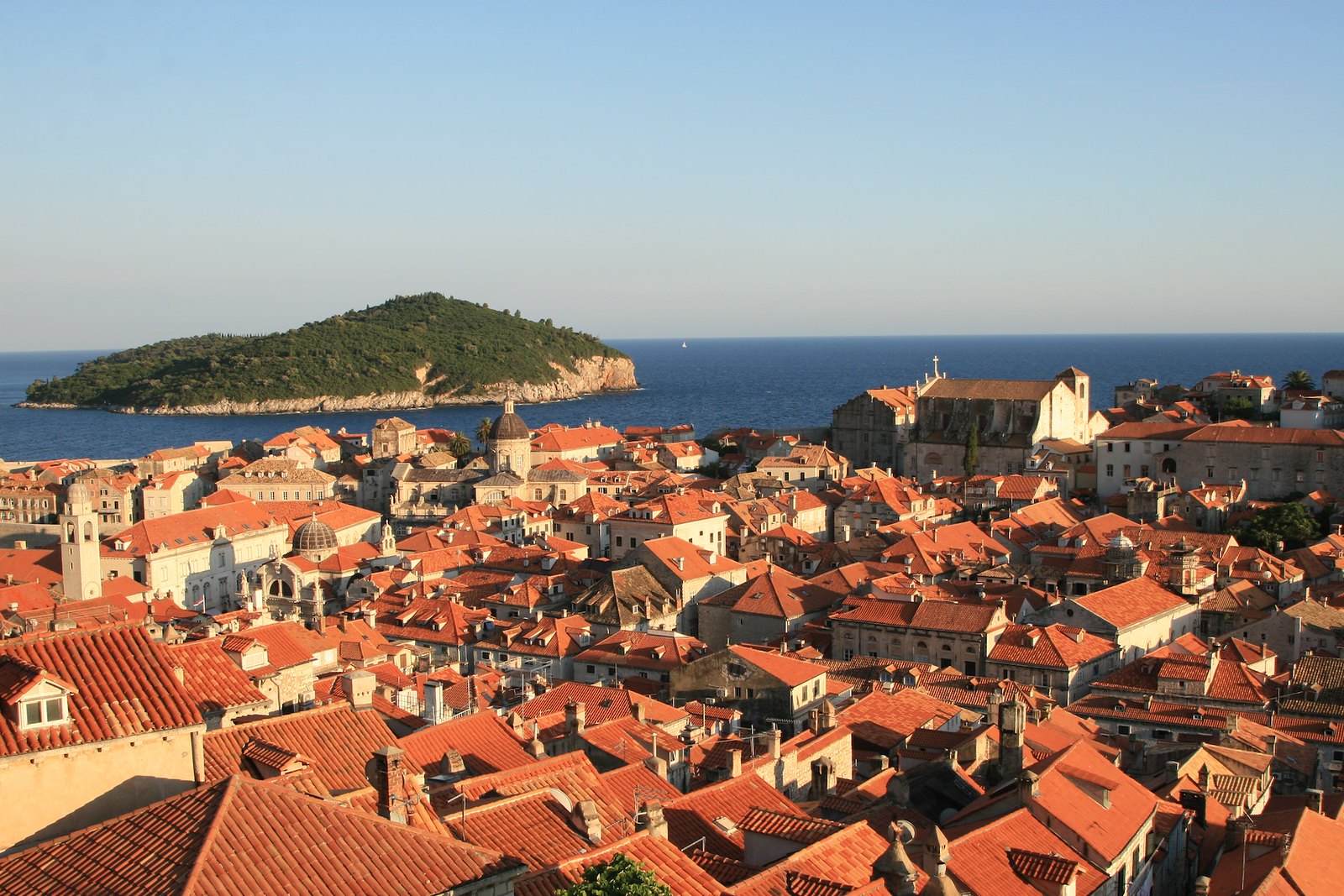 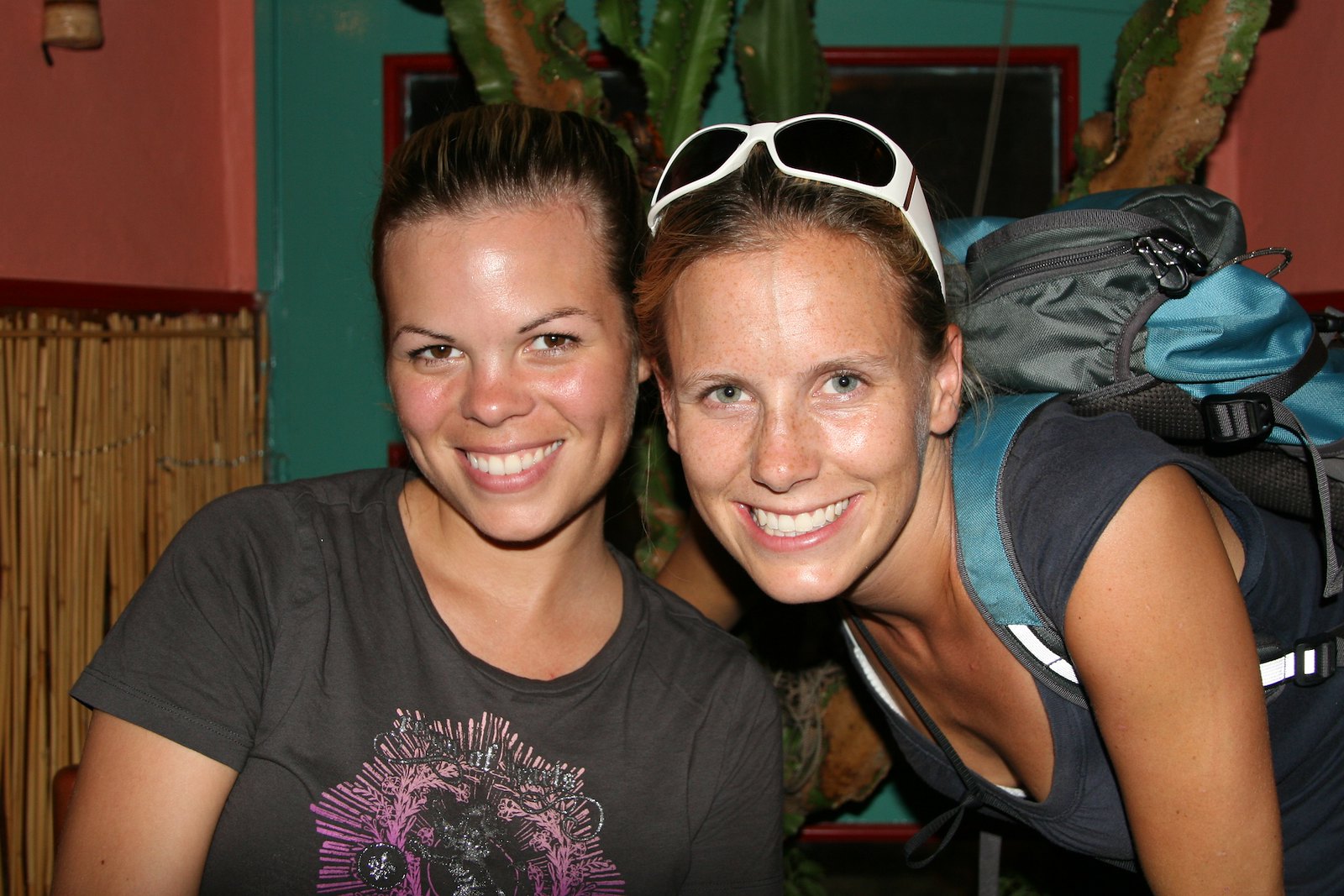 All in all however – I didn’t like Dubrovnik. I appreciate its beauty and I understand that there is pretty good nightlife – but for me the connection just wasn’t there. I found no charm in the main street (Placa) in the Old Town, I prefer something small like Kotor, Montenegro (or as I would find out the following day, Korcula). I found the masses of people overwhelming, both in terms of touts at the bus station and in regards to tour groups in the city itself. I didn’t like the beaches and I found it very expensive. I wasn’t what I expected nor was it what I was looking for. That said – Lord Byron called it the Pearl of the Adriatic and almost everyone else I know that has been has fallen in love with the city so I do realize that this opinion is just my own. I don’t think Jon loved it either but he certainly didn’t feel as strongly as I did.

While Dubrovnik was one of the biggest disappointments so far when we got off the (very expensive) bus in Korcula I knew I was going to like it. It was a scaled down version of Dubrovnik and while the town is very touristy, somehow the tourists meld better with it. It feels like real life happens in Korcula – tourism just occurs alongside it. It was perfectly charming. Korcula was a highlight of the trip so far. 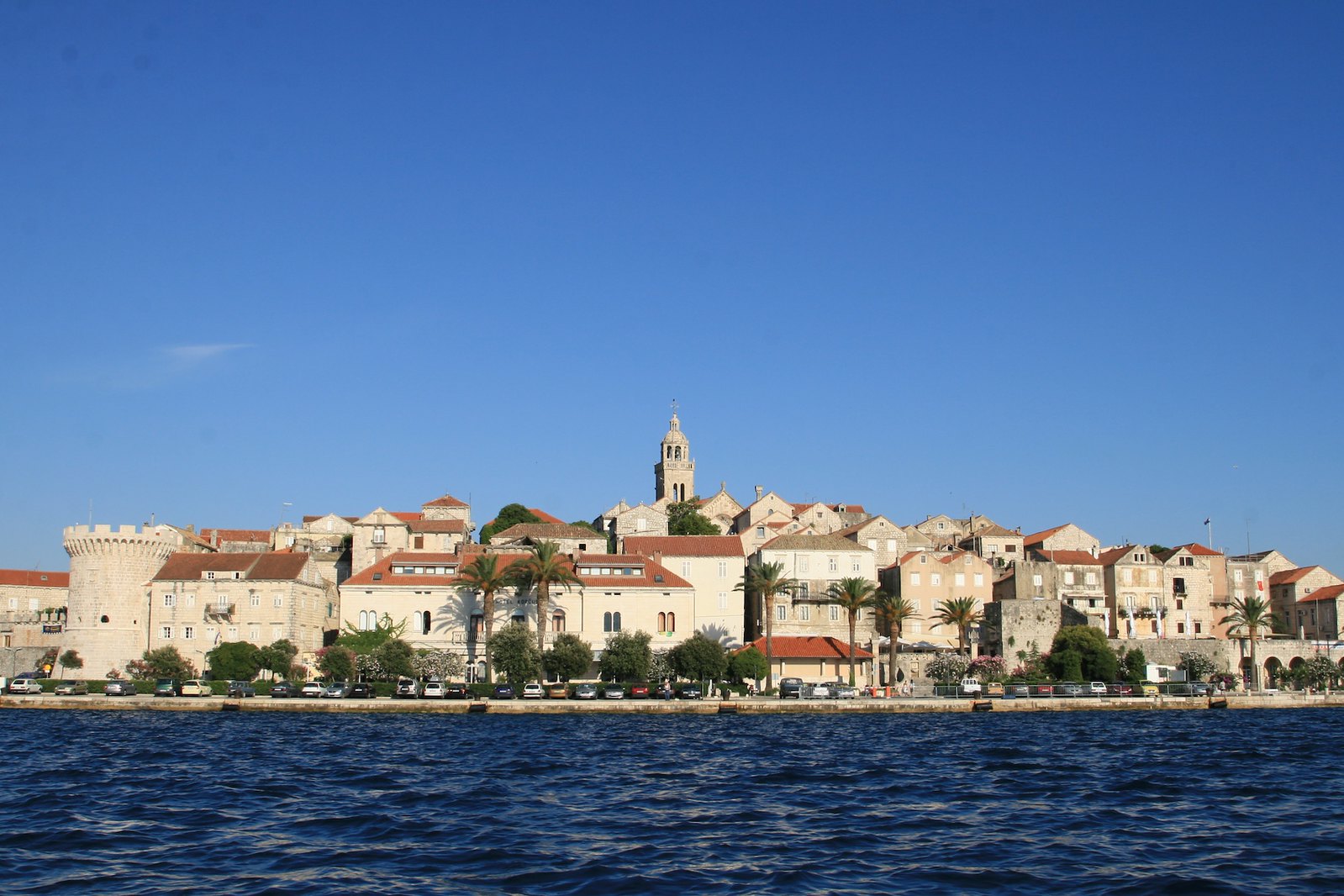 Although there were touts at the bus station there was more respect and we ended up scoring an amazing deal – $45 per night for a studio apartment with an ensuite and our own kitchen. It was clean, it was beautiful, and although there was no balcony I loved it anyway. It was also in; the old town – no long hot jaunts for us here. 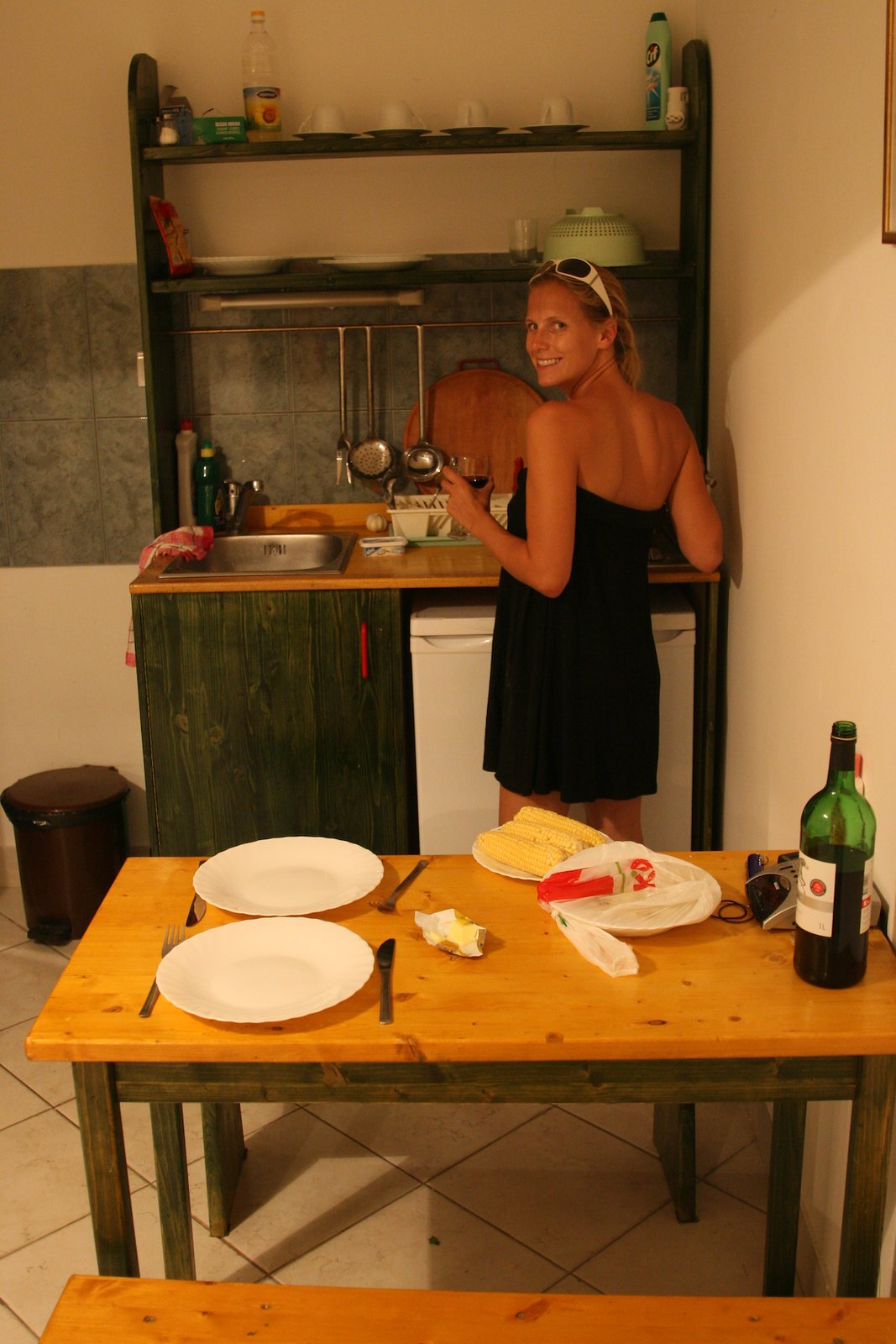 Given our “luck” with motorized vehicles thus far, we decided to rent a boat for a day in Korcula and go explore the islands, islets, and the coastline. Luckily, we actually have experience on a boat and other than me sort of bumping into a rock at one point, the day went off without a hitch. Due to the big boat and the small motor we had some performance anxiety as everyone else sped passed us but we were so happy driving between islands, gazing at the coast line, hopping off for a swim in the crystal clear water whenever we got too hot, and exploring and these tiny islets on foot that we didn’t despair too much about our lack of speed. To make the day even better, the boat rental was probably the best value we had got so far in Croatia – it cost $90 for the day and included as much gas as we needed! 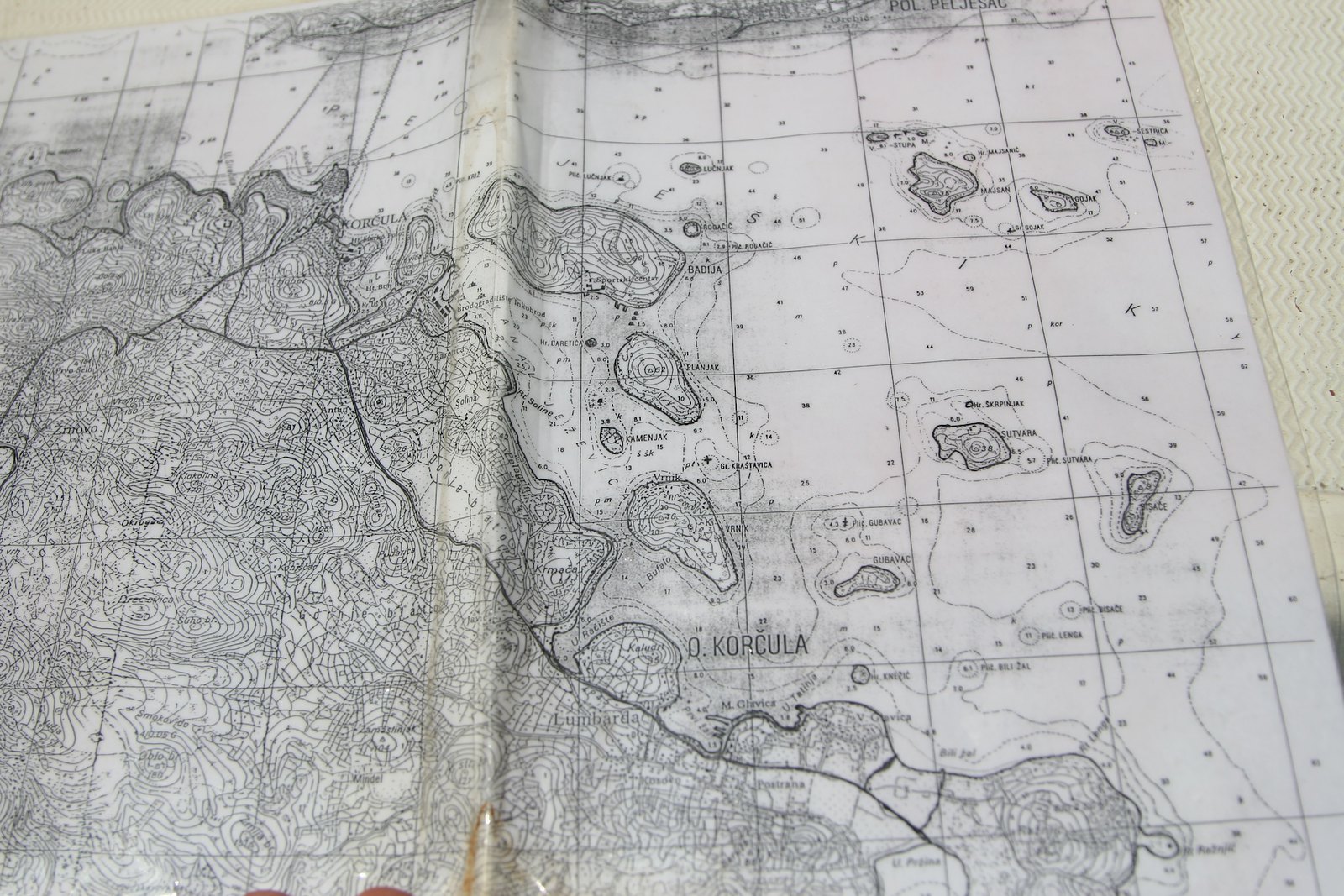 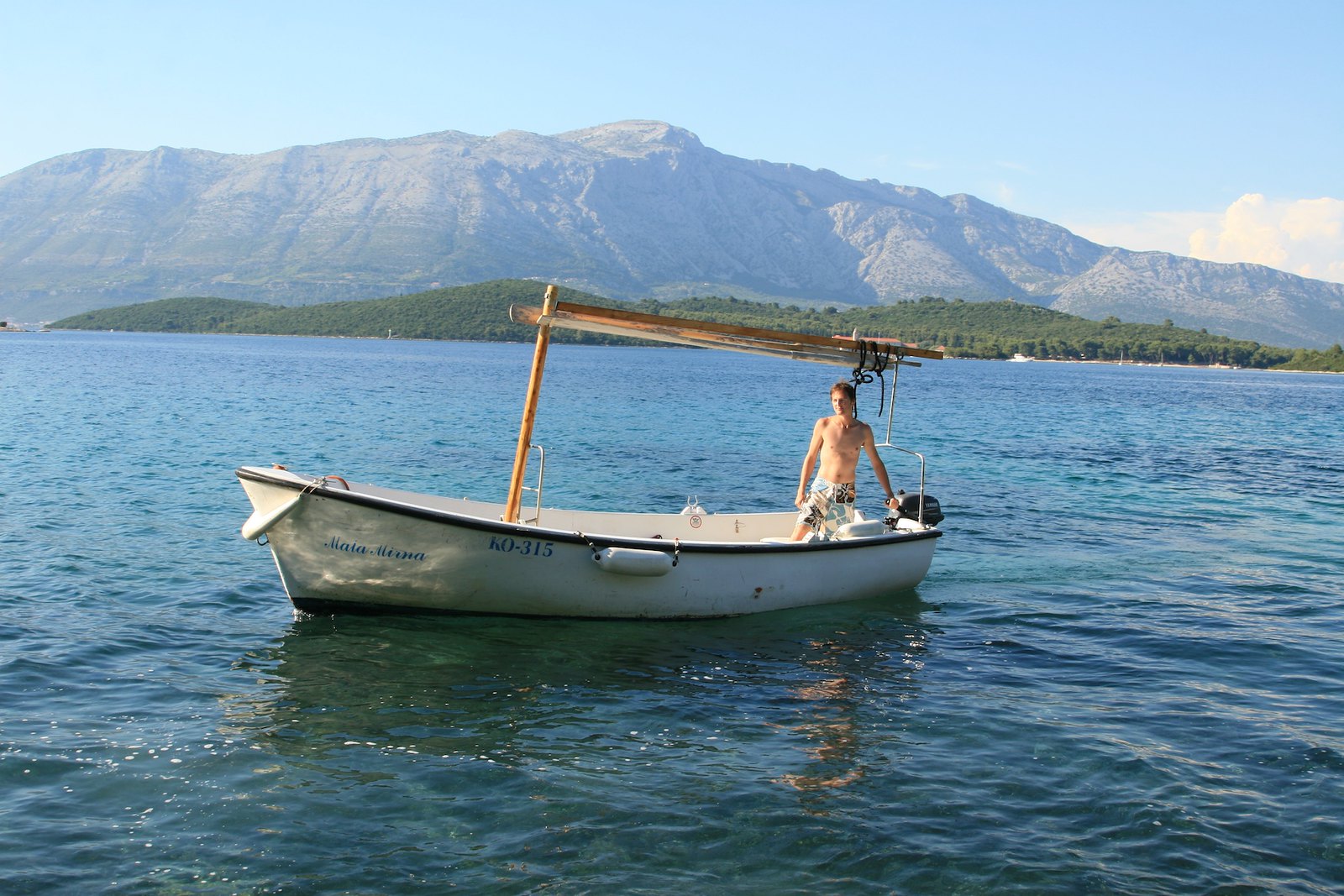 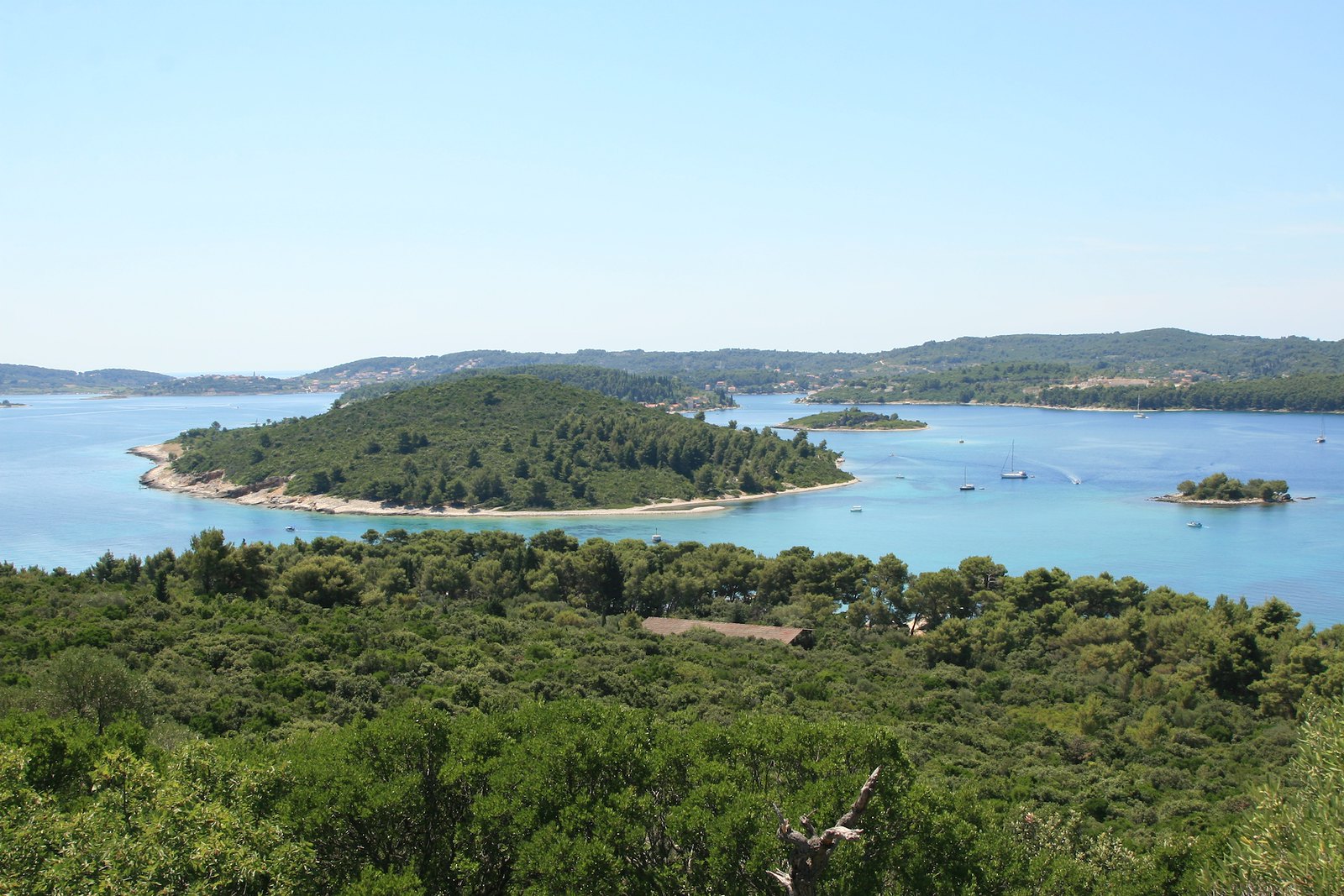 Despite the fact that we were running out of days in Croatia, we extended our stay in Korcula by a day (and tried to figure out if we could extend it by even one more) because it was that lovely. I would highly recommend Korcula (the town, on Korcula the island) to anyone travelling to Croatia.

Our final days in Croatia were spent in the beautiful (yet expensive) Krka and Plitvice Lakes National Parks which will be the subject of my next post (probably tomorrow) “The Age Old Question: Krka vs. Plitvice.”

We are happy to be back and blogging!