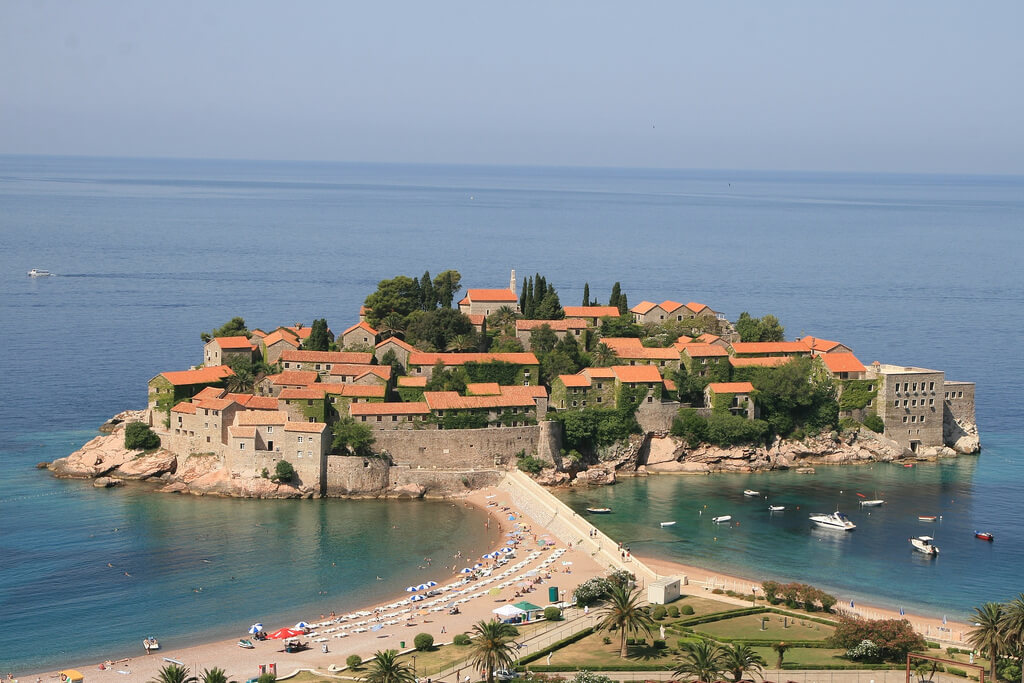 My first impressions of Montenegro were certainly coloured by several factors:

Upon arrival in Ulcinj – a beach city to the south – I could not believe the hoards and hoards and hoards of tourists that crowded the city, every square inch of the beach, and the shallower part of the ocean. Who were these people I wondered? And where did they come from? I don’t know anyone else who has ever been to Montenegro (at least as far as I am aware). Taking a look in our (sometimes) trusty Lonely Planet I discovered that in July and August Serbians, Montenegrins and Kosovars descend upon the small Montenegrin coast in droves. While they may consider Ulcinj a beach paradise, we both found it quite horrifying and decided to get out as quickly as possible. 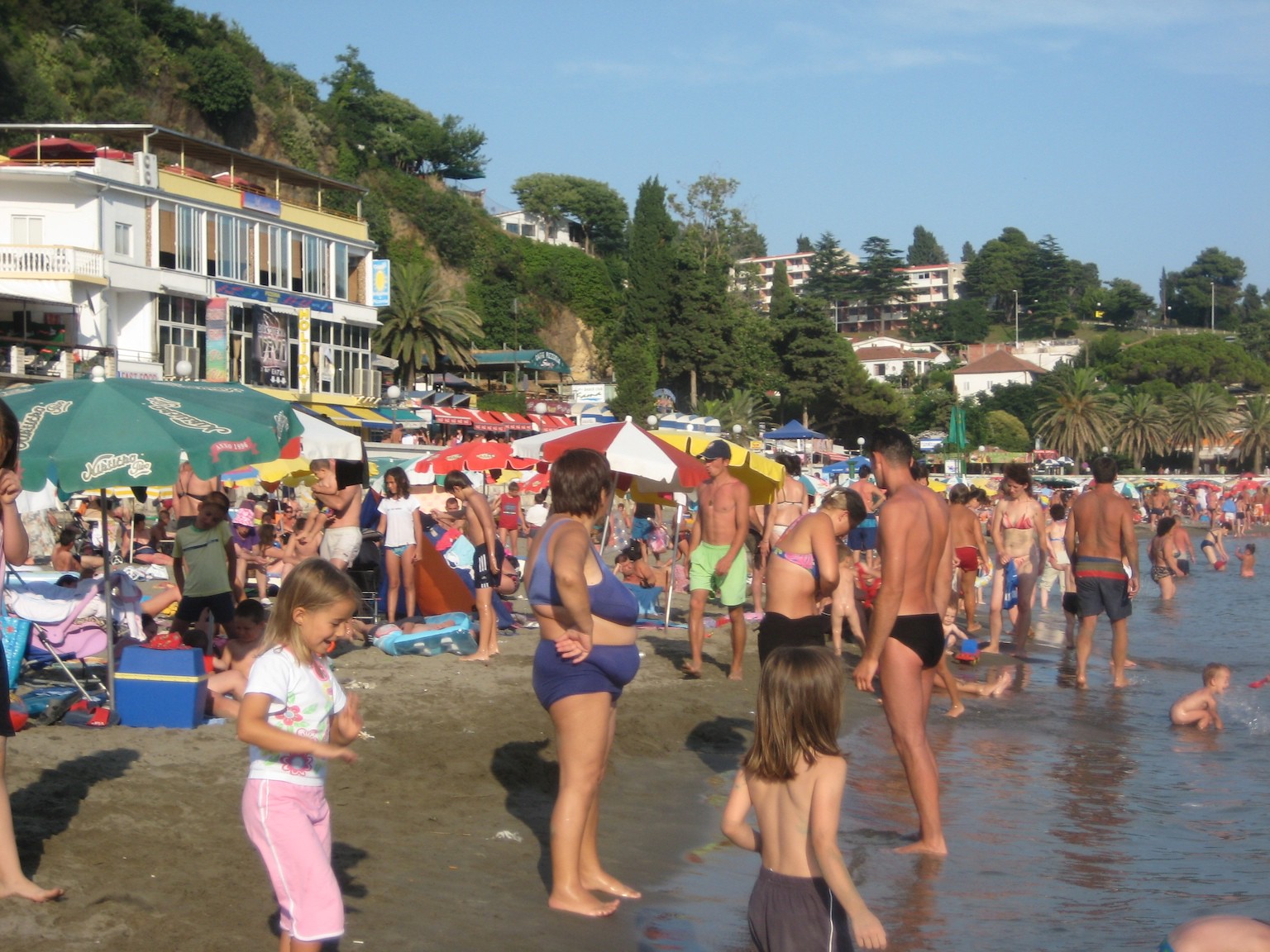 Though we barely spent any time there – Ulcinj was also the location of the strangest thing that happened to us in Montenegro. Once again our trusty Lonely Planet sent us to a travel agent who apparently had a list of private rooms for our perusal. When we arrived the girl shook her head and said, “no only hotels… but I do know of one room.” In desperation we took the room, backtracked a kilometre uphill with our backpacks on, and met with a nice lady who spoke German to us and took us to our room. Sadly, our introduction to private accommodation was a stifling room in her house, without fan or a/c, directly across from the living room where the family watched tv. To top it off – we had a shared (i.e. with the family) bathroom. All these factors combined to make it feel like there was something weird going on and turns out there was: that evening the girl from the travel agency showed up. It turns out it was HER house. We still aren’t sure whether she actually did have a list but sent us to her mom’s instead or if she really was just trying to help out.

On our second day in Montenegro I was struck with the fact that they have some serious infrastructure here. Where in Albania bus rides took a long time because we had to go over the mountains, in Montenegro you go through the mountains. There are some serious tunnels which cut travel times significantly. In addition to the tunnels there was more amazing infrastructure – the roads are all 2+ lanes with guard-rails, and they had actual lanes, denoted by lines. Though this may sound par-for-the-course you must remember, we had just come from Albania, and I had also incorrectly assumed that the newest country in the world would be undeveloped.

Following our flee from Ulcinj we landed in Kotor the town occupying the tip of Europe’s biggest fjord. I fell in love with this charming seaside town that comes complete with a walled Stari Grad (old town) and a huge fortress snaking up the mountain that provides a dramatic backdrop. The views through the fjord from the fortress are incredible and the small town completely captivated me, it was lovely. 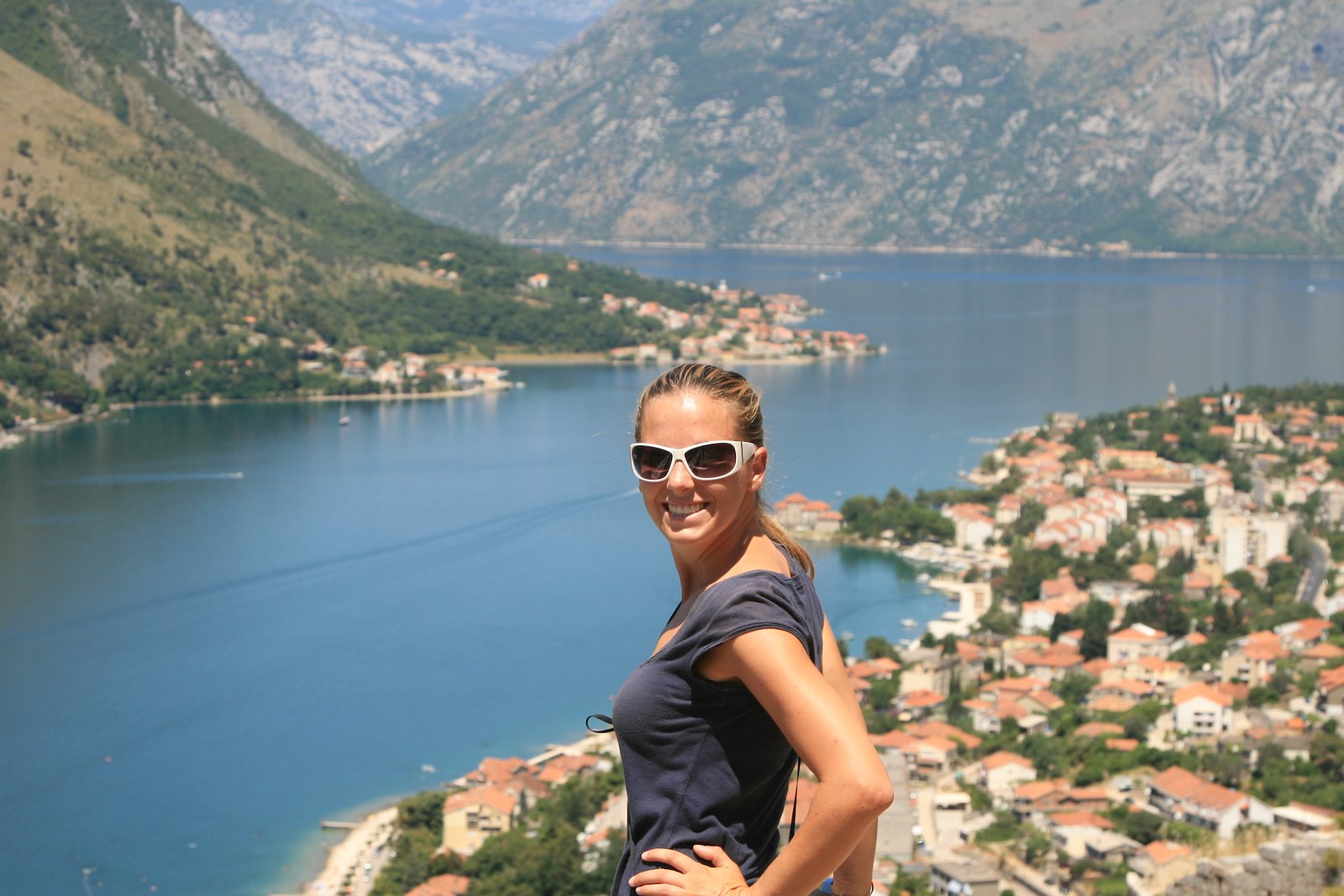 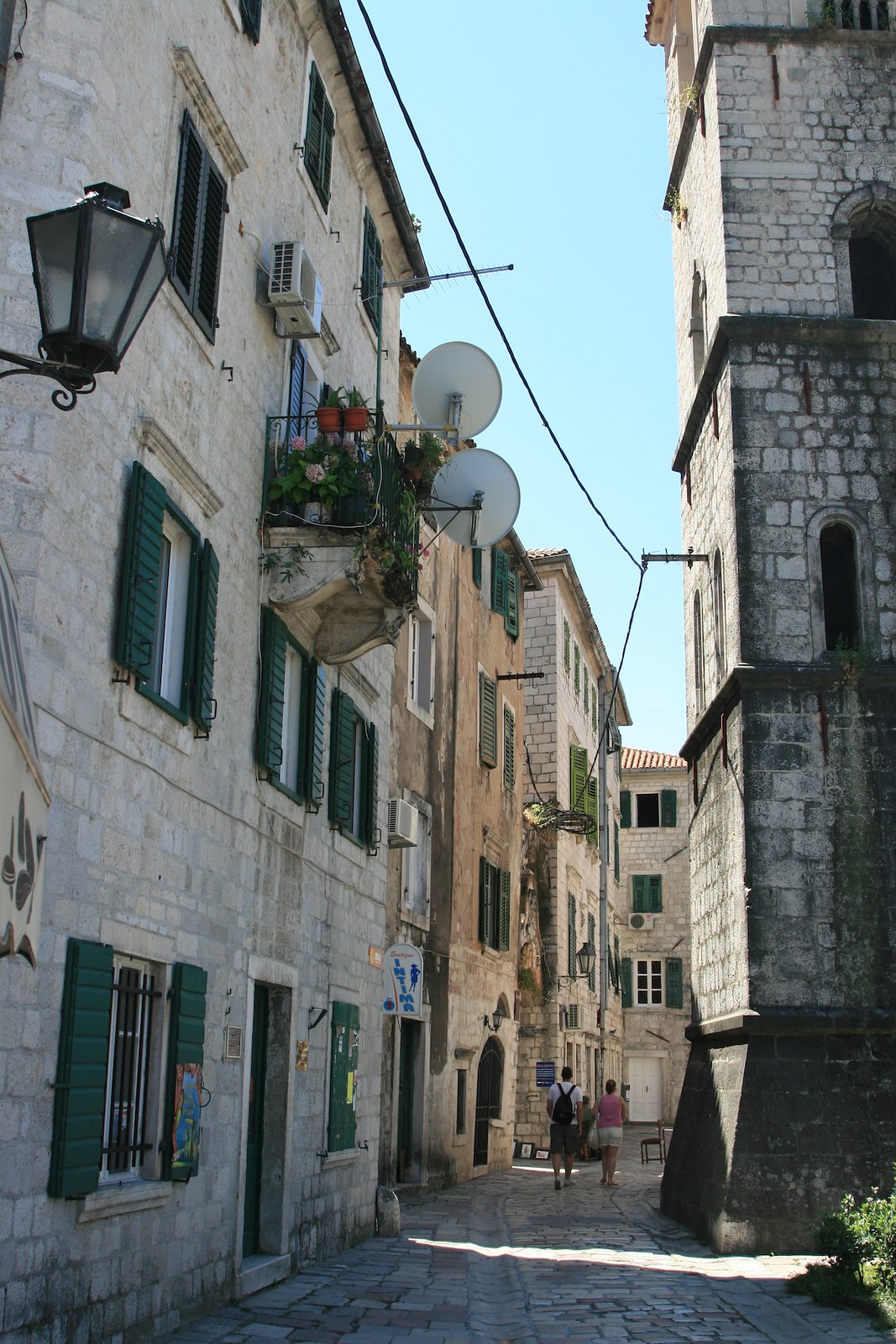 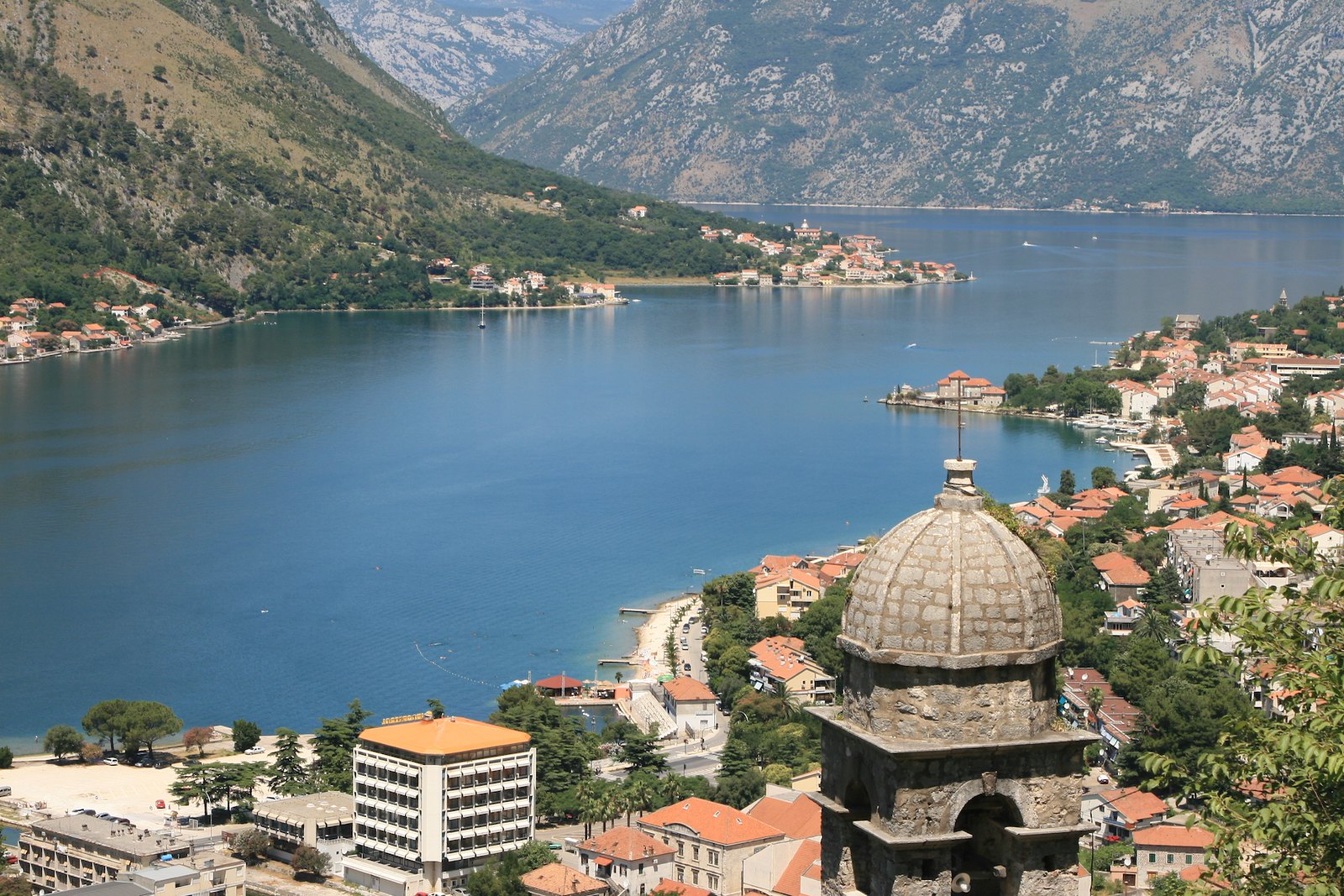 We spent three nights in Kotor and while there we had the opportunity to get to know the lovely little town, walk up the fortress walls, and do a day trip to Sveti Stefan (a ritzier portion of the coast) and Budva (Ulcinj x 15). The former is a beautiful island fishing village, which has been attached to the mainland and converted into a hotel, it is full of stone houses topped with terracotta tile roofs. This photogenic town made a lovely backdrop to our hour and a half long morning swim in the crystal clear Adriatic Sea. 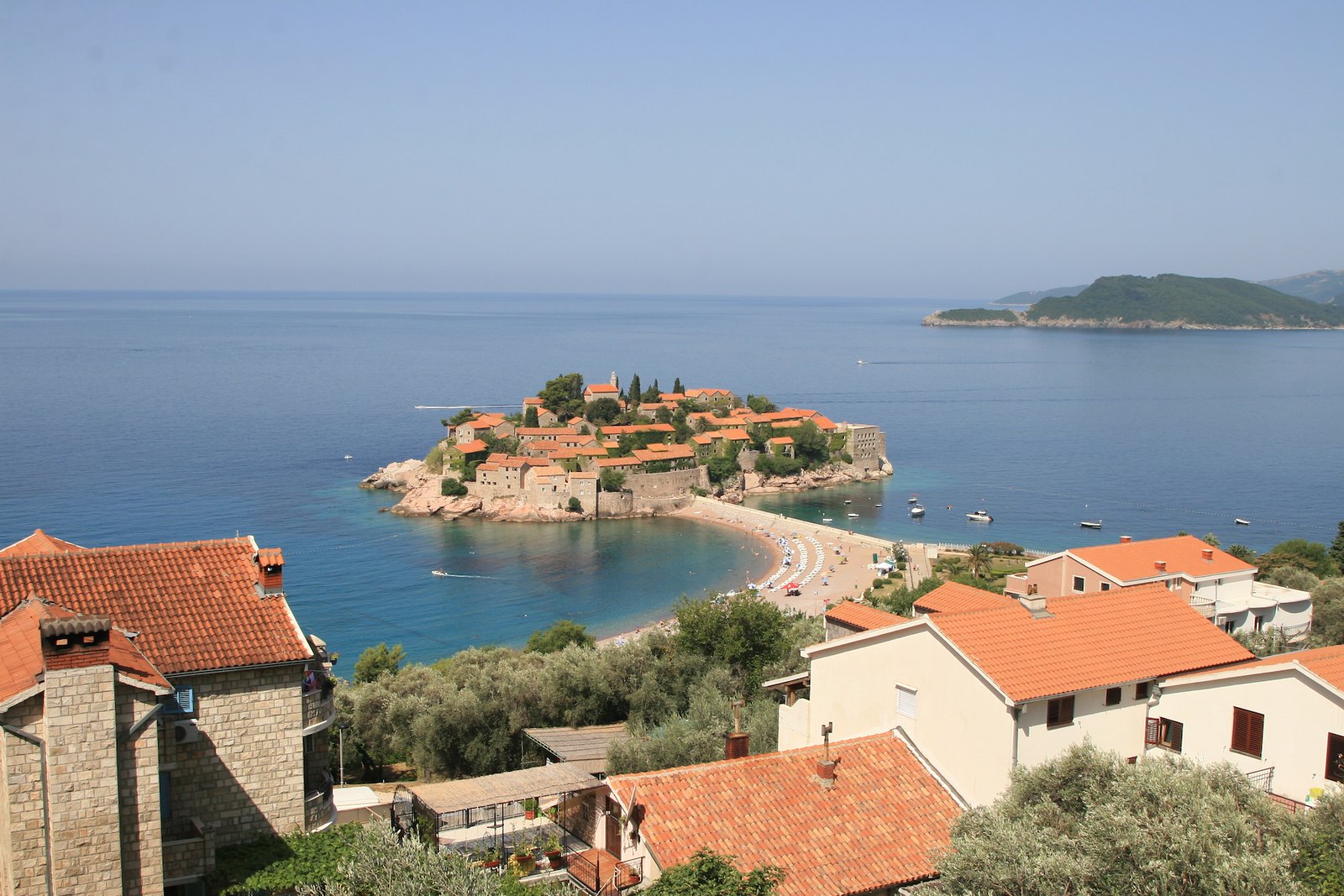 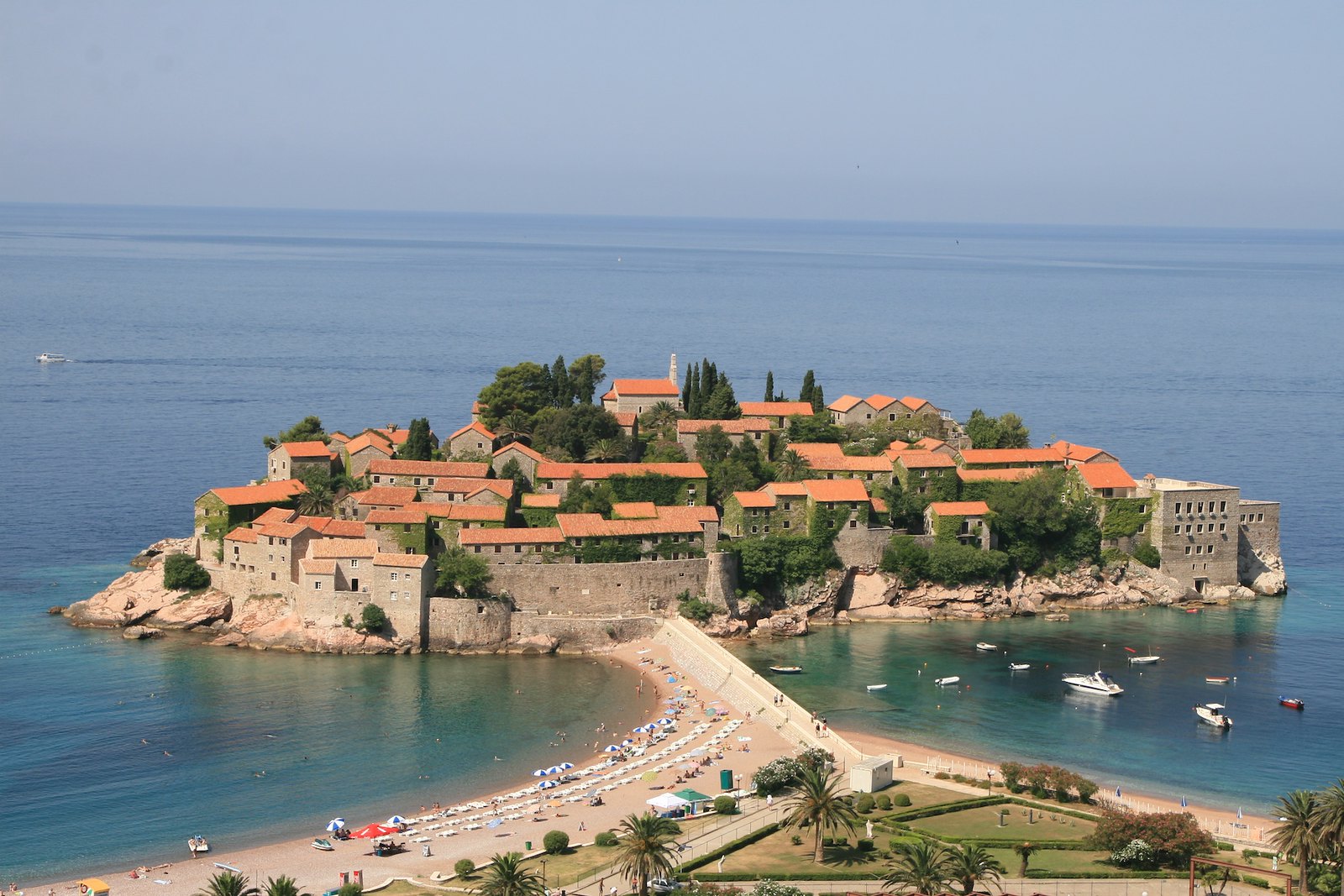 Budva, on the other hand, had more of a carnival atmosphere. The city is only home to 23,000 but from the size of it there are several times more tourists than locals there. The beaches are horrific, not even in Ulcinj have I seen so many rows upon rows of beach chairs packed so tightly. I’m sure that the beaches are fabulous – you just couldn’t see them through the people. I must however give Budva credit for its Stari Grad, it is lovely, albeit very very touristy. It turns out it was rebuilt about 20 years ago after being levelled by an earthquake which explains the pristine shape the buildings were in.

We only spent about five days in Montenegro but had enough time to form an opinion about the country: as long as you stay away from the popular beach resorts it’s quite amazing, and staying away from the popular beach resorts is easy, you could do like we did – and stay in Kotor, or you could stay somewhere like Stevi Stefan – where it is too expensive (95 euro / room) to be overrun.