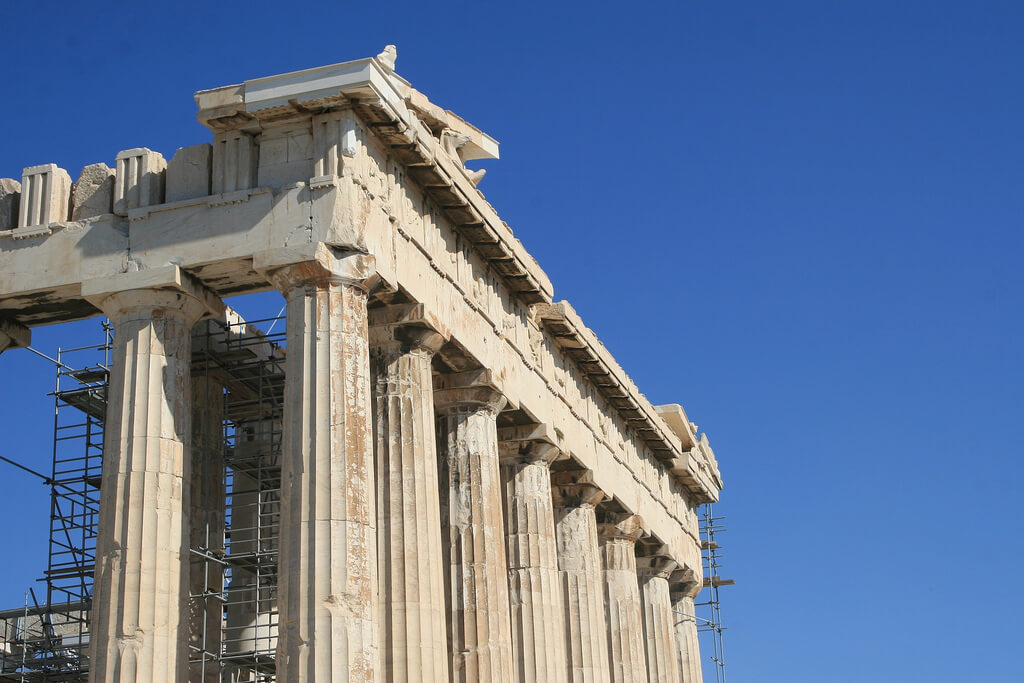 With our scrapes and bruises we boarded an overnight ferry, Santorini to Athens. While an overnight cruise on the Mediterranean may sound romantic, I can assure you that sleeping on the floor in between a row of airplane-like seats is far from idyllic. Waking up at 5:30am to cigarette smoke and crying babies, we began our venture into Athens.

We dumped our big bags at the backpackers hostel, began recovering from the realization that it would cost 25 euro per person, per night to stay in a sweaty 8-person dorm (prior to this, the most we paid was 30 euro total per night for a private double with ensuite and A/C), and set out for the day. We decided to explore the Akropolis first. In our search for the world-famous Parthenon, we began to notice a number of construction signs and soon realized that most of the major sites were undergoing restoration to correct previous restorations. The Temple of Athena was completely dismantled “to correct the inadequacies of all the previous restoration projects”; the Propylaia required restoration “due to problems with the previous restoration”; and the Parthenon was being fitted for titanium clamps and dowels to “replace the rusted clamps and dowels of earlier interventions”. Rather than ruins, we were treated to beautiful displays of scaffolding and signs depicting what the ruins would look like if they were standing. While the archaeologists’ scaffolding was impressive, it was no match for the security guards. 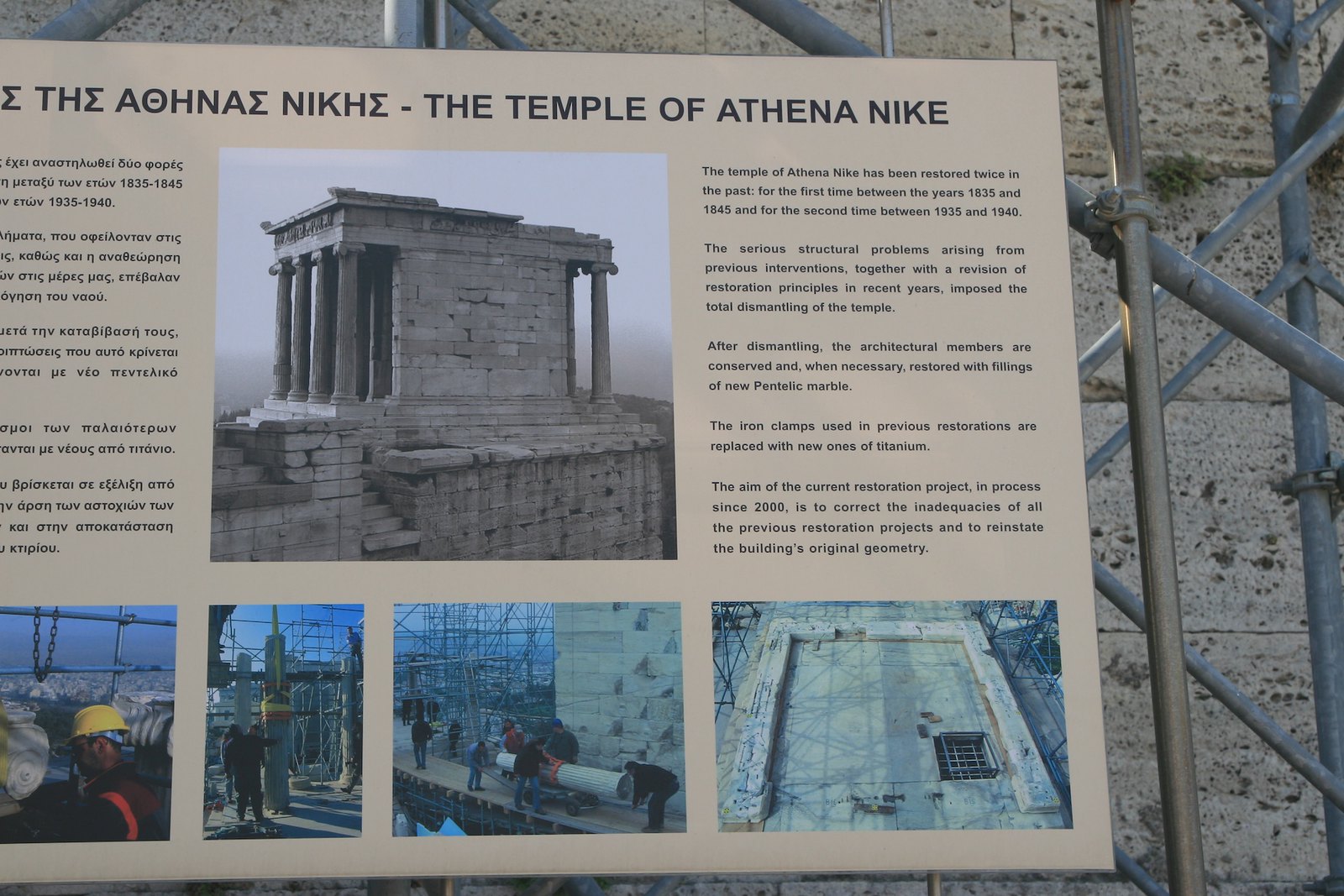 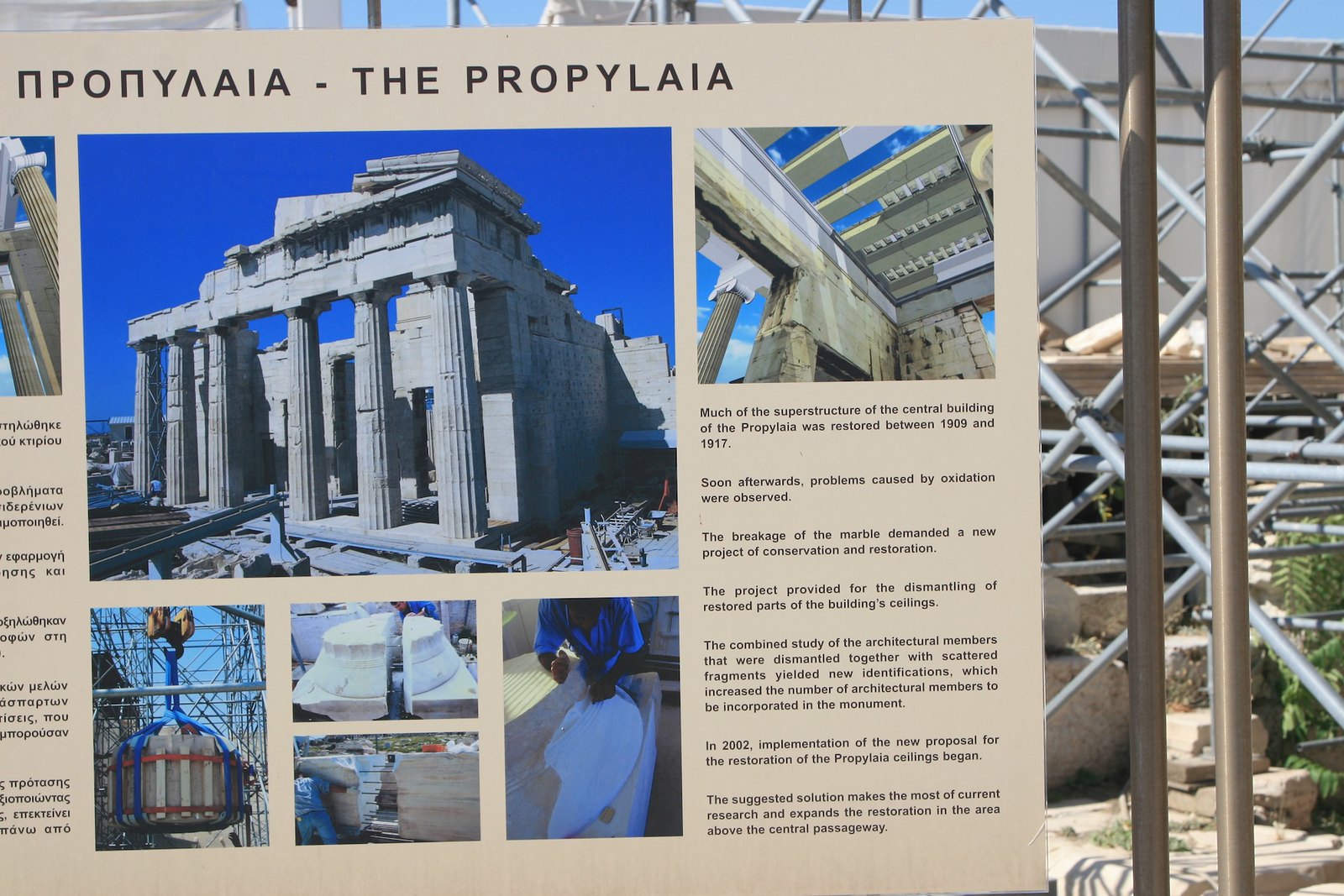 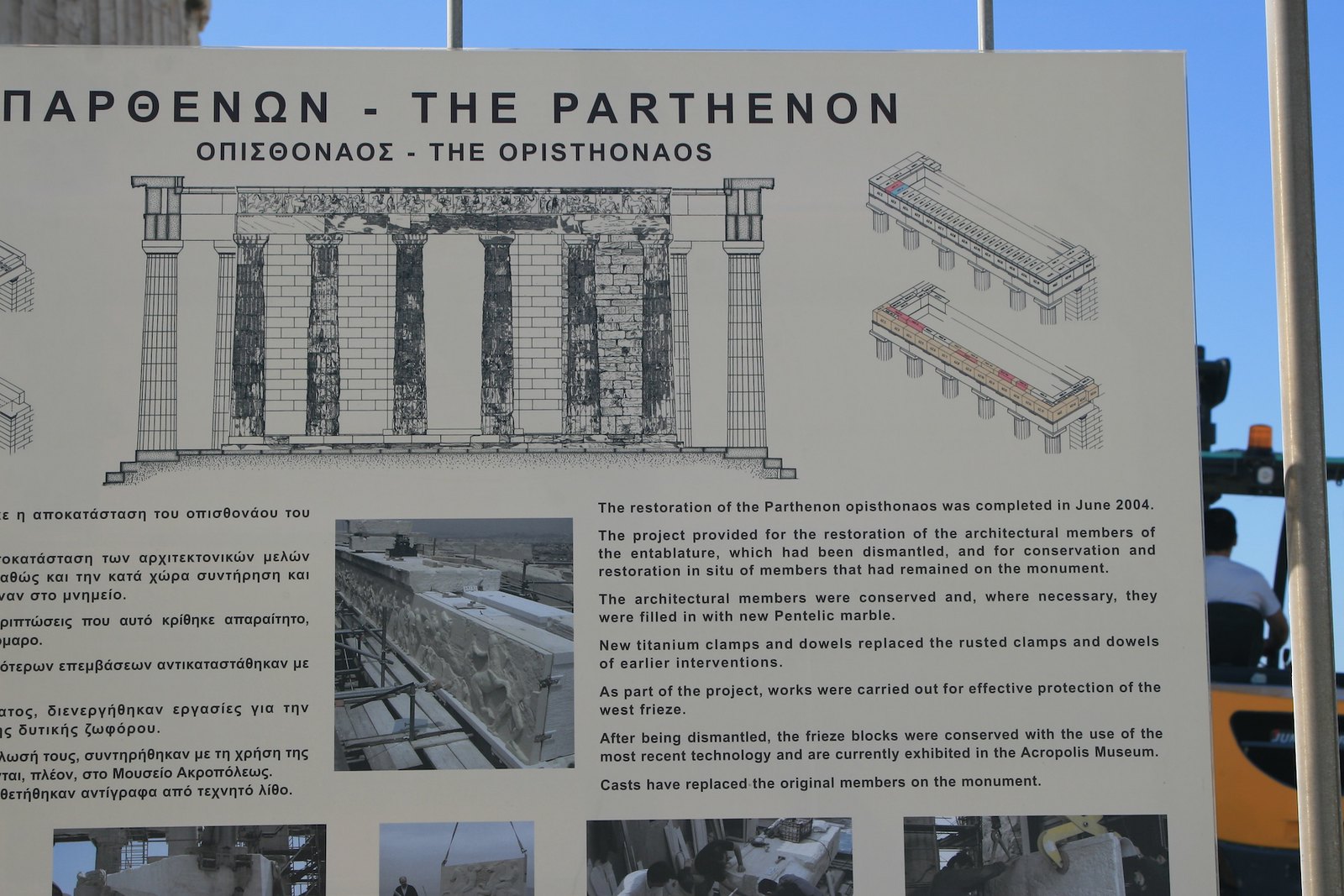 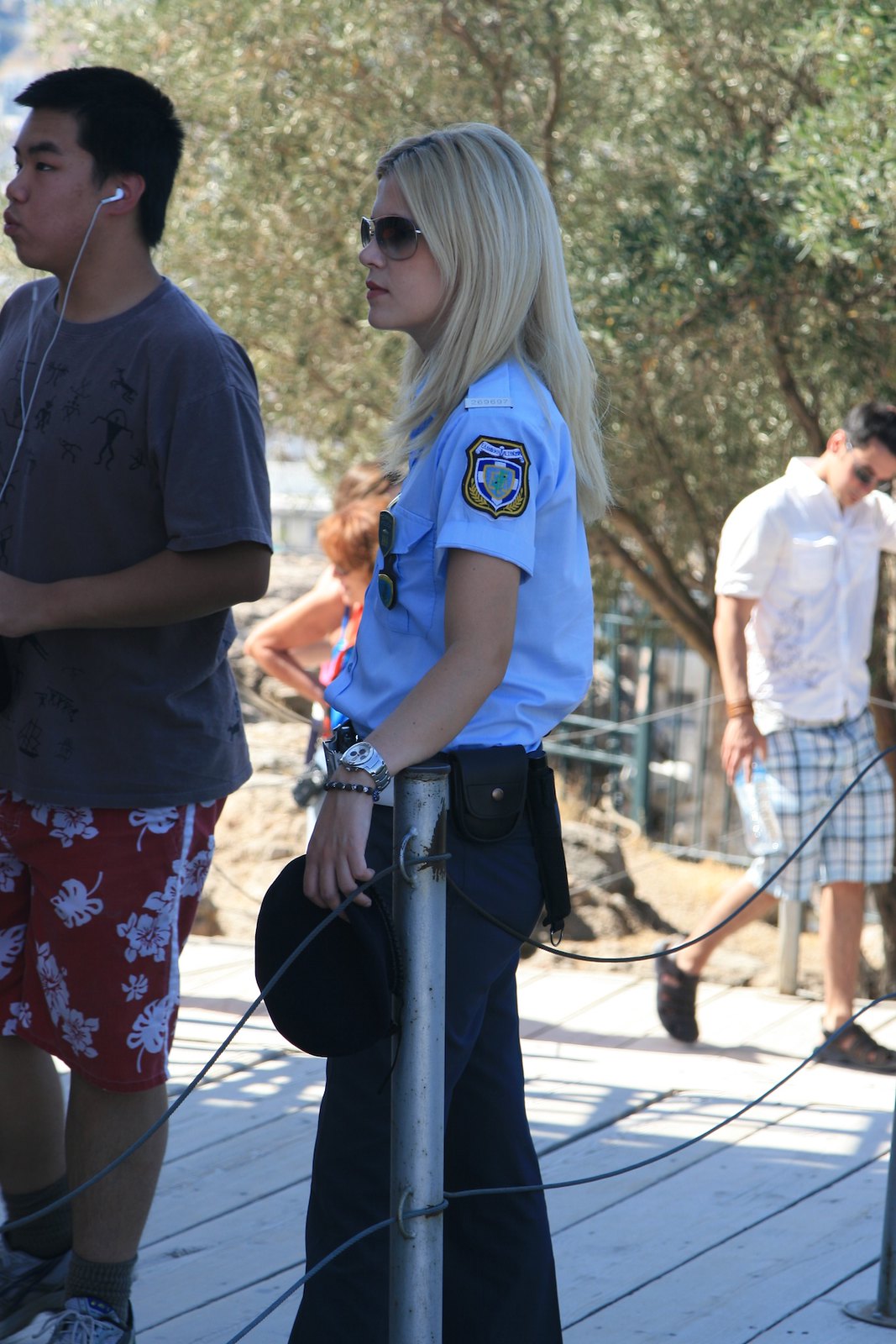 After visiting a few more ruins, being denied access to the National Library, being harassed by pigeon-feed salesmen in front of the Parliament buildings, wandering the hot streets for hours in search of someone who would sell us a ticket out of Athens, and discovering that were given a counterfeit 50 euro bill out of a bank machine, we decided we didn’t really like Athens all that much. Deeming that security guards were not a good enough reason to stay in Athens for the night (in Allison’s opinion, a good reason to leave Athens immediately), we withdrew from the hostel and decided to punish ourselves with a second overnight ferry to Corfu, this time confined to sleeping outside on a bench.

Corfu was refreshingly greener and sandier than the Cyclades. While we were tempted to stay at the Pink Palace, a hostel where the staff actively encourage their guests to stay in beds other than their own, we settled in a place overlooking the beautiful Ionian sea, above Pelikas beach. We spent our remaining few days in Greece relaxing, soaking up the sun and ocean. By this point, we had become desperate for new books to read, having been unable to find a book exchange for some time. With little selection, we made a hasty trade at the hostel for LUCI in the Sky, by Chris Fox. We were both stunned to discover that a book about an artificially intelligent, invisible fighter jet, powered by an avian DNA microchip (a microchip originally designed for a video game by a girl with an IQ of 250 and who once posed for Playboy’s ‘Girls of Mensa’), armed with a secret Doomsday mechanism unknown to the Pentagon, could be terrible. 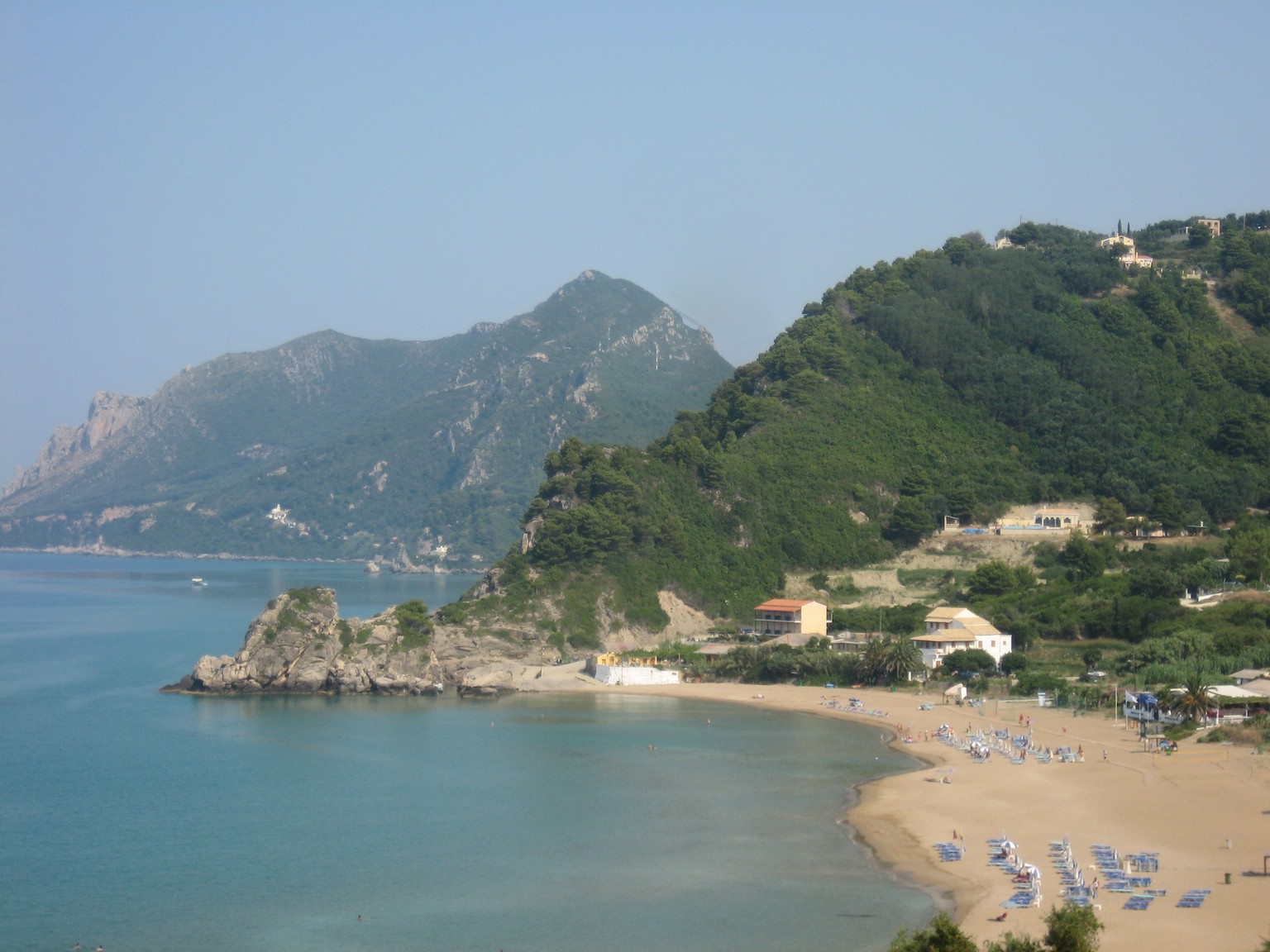 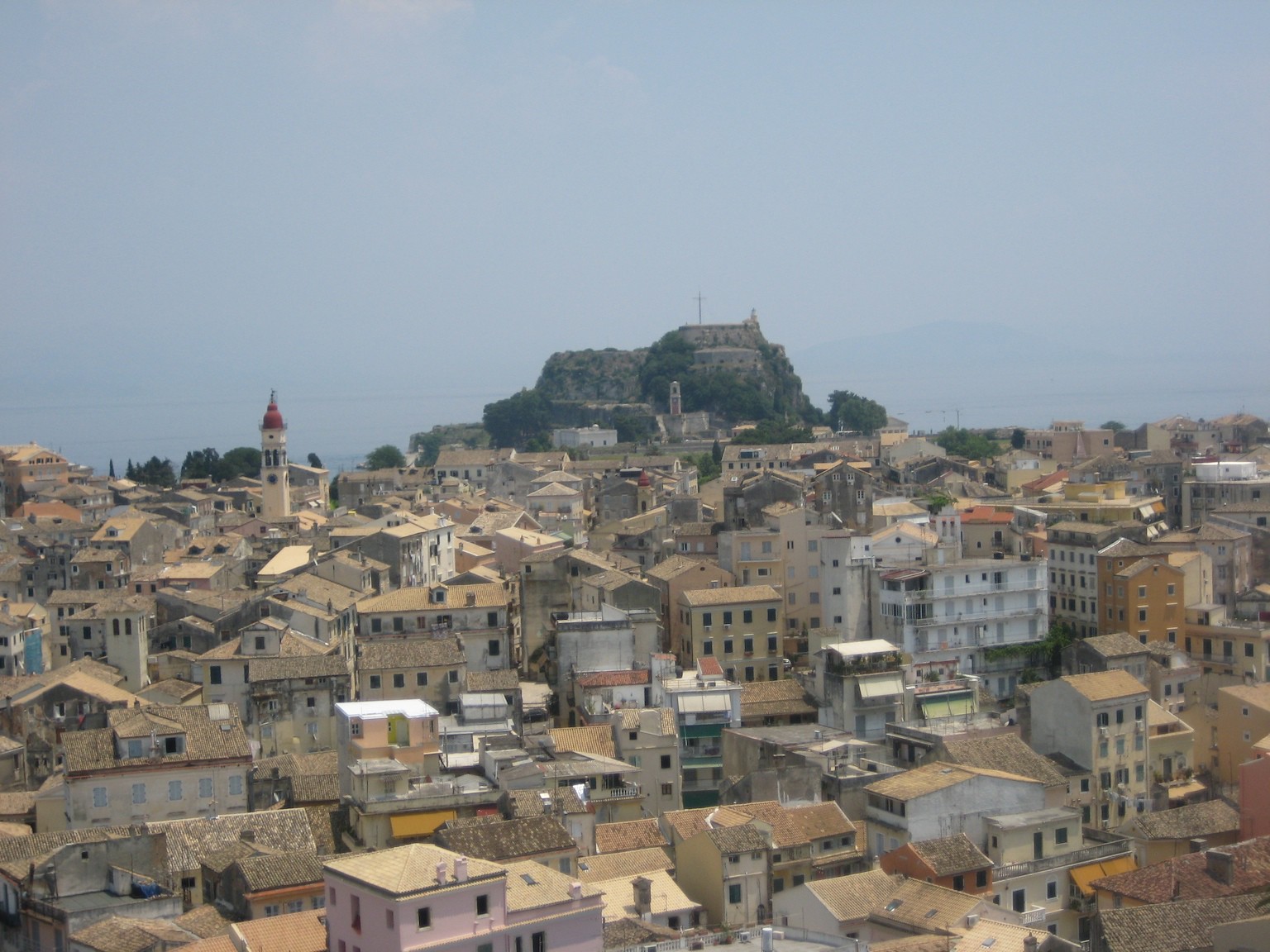 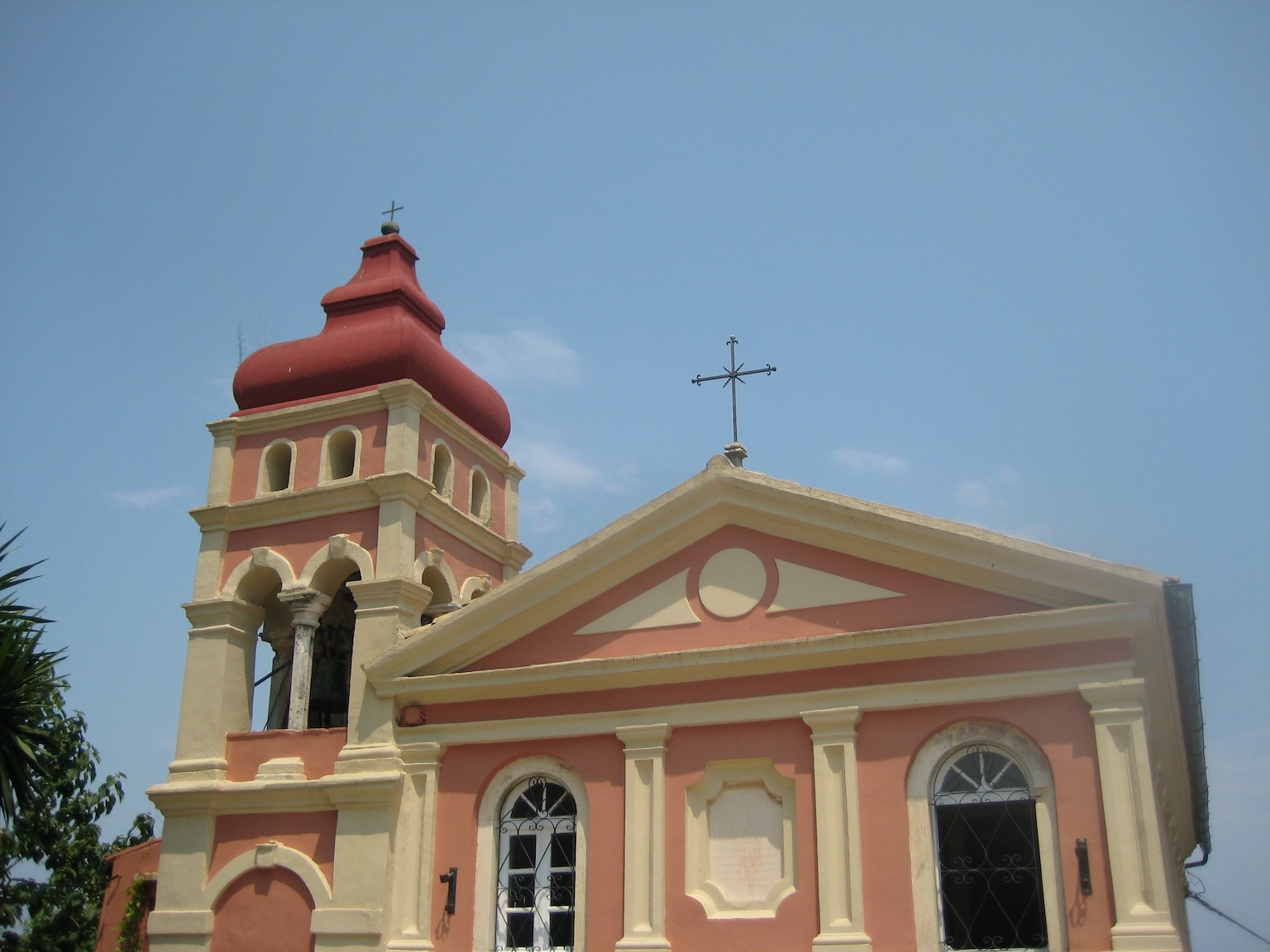 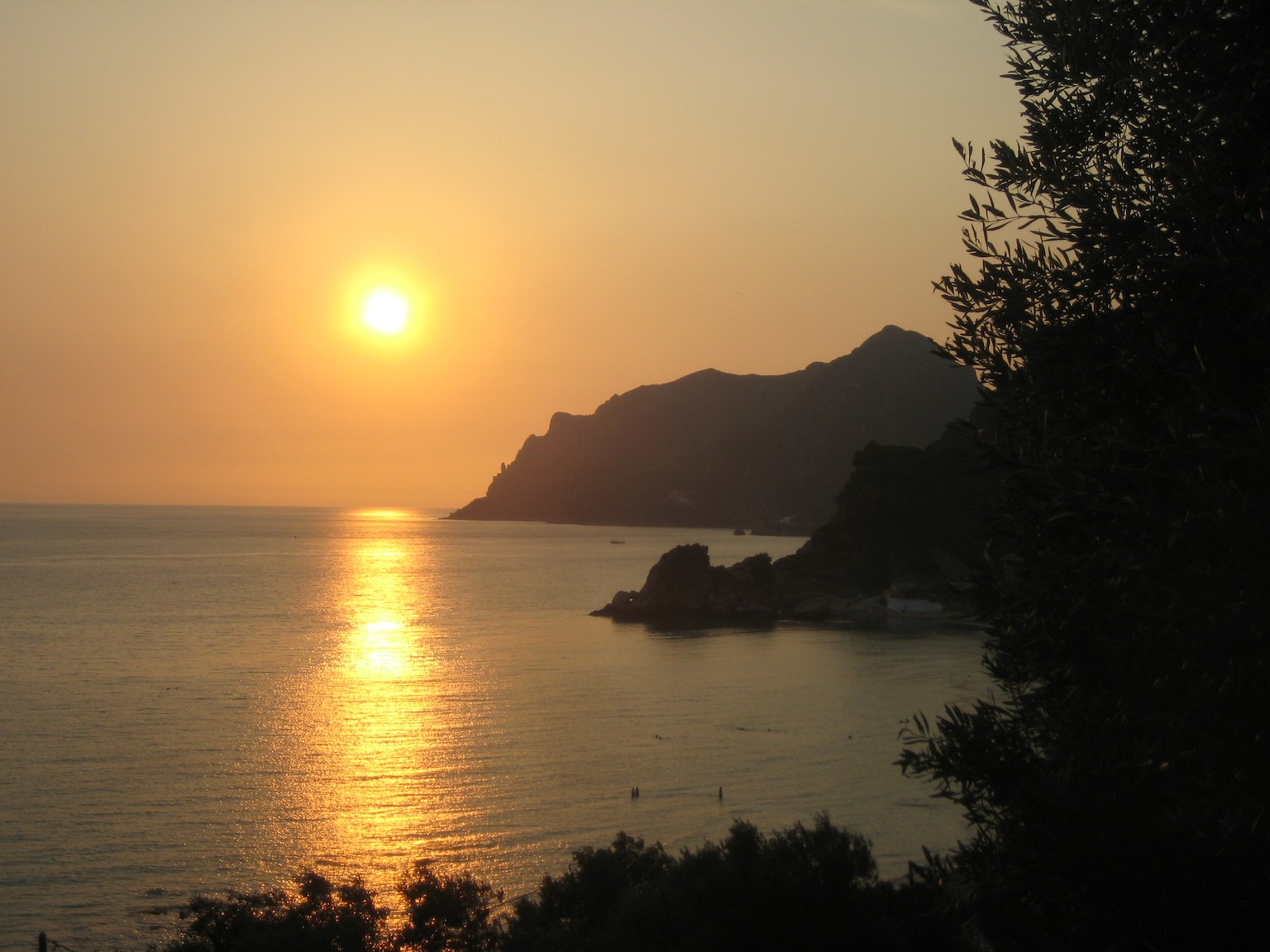 During our final dinner in Greece, we chatted with a couple of American college students completing a summer internship in Athens. Convinced that Allison and I must have missed some sort of Athens magic, we asked them about the most exciting thing they’ve done in Athens. Stunned and silent for a few seconds, they slowly agreed with each other that waiting two hours for a taxi was possibly the most memorable.

It was time to move on to Albania.