We’ve been back in Buenos Aires for four days, and I think I finally have the words. But before I begin, here is a shot of (very excited me) at my first “penguin” encounter! 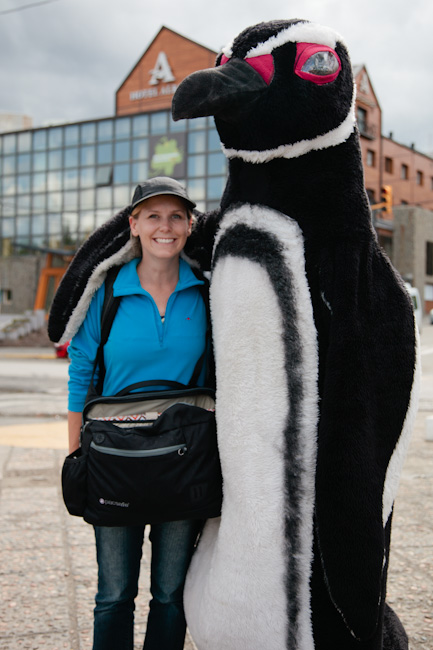 At 4:00pm on Saturday, January 28, 2012 the hubs and I arrived at the docks in Ushuaia, Argentina to being our journey to Antarctica. Our final continent. The coldest, windiest and driest place on earth. 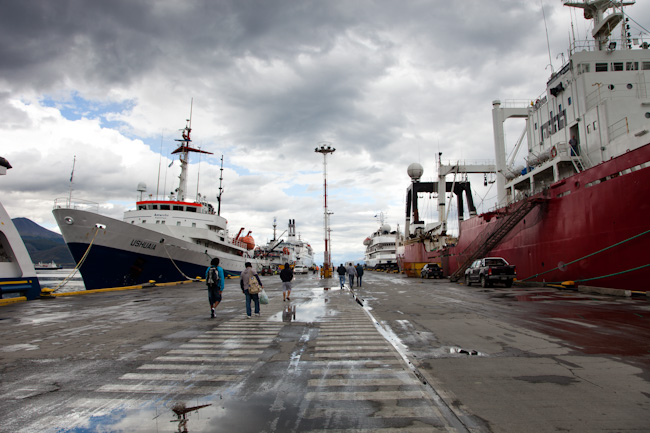 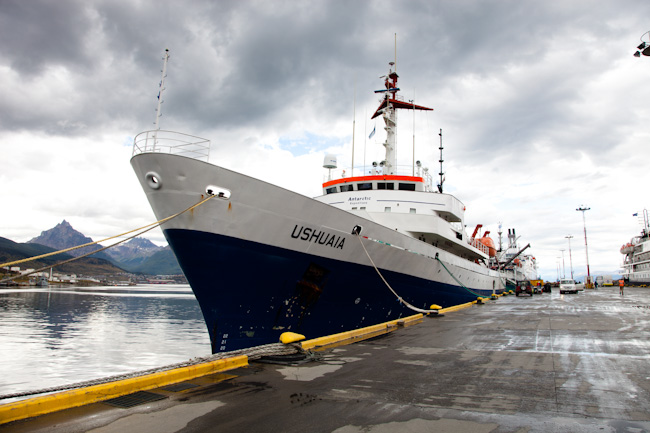 We were met by the expedition staff of the M/V Ushuaia, checked in, led (way, way down to the D Deck) to our room, and then welcomed on board with a champagne toast and snacks.

We met our fellow travellers at this reception and were quite surprised by the demographic. Given the cost of a trip to Antarctica, we expected the demographic to be older. Apart from the two kids on board (6 and 11), the passengers ranged from their mid-twenties through their late-sixties with the bulk of the passengers being in the 25-35 range or boomers. It turns out that, like us, several people in our demographic booked their spots on the ship about 2-3 weeks before departure, securing up to about 35% off the cost of the trip.

Shortly after 6:00pm the boat pulled away from the dock and we began our voyage through the Beagle Channel. 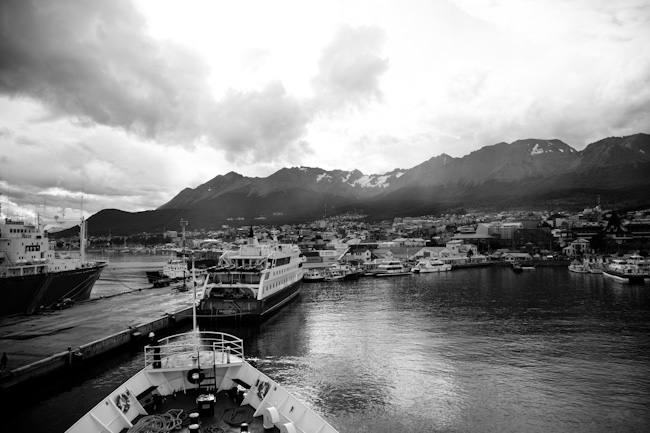 The weather was typical mountain weather, it would change from sunny to rainy on the drop of a pin, but nothing could dampen our spirits. We were headed toward the horizon. And beyond that … Antarctica! 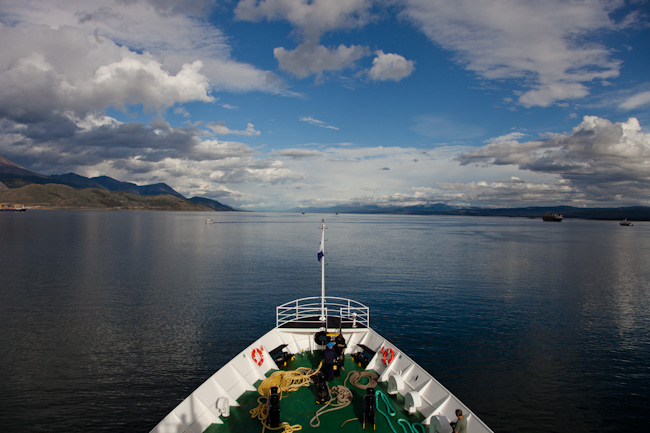 However – as we awoke on Day 2, we were struck by an unexpeceted sensation. Nothing. It was almost calm. The captain and the staff seemed blown away by how flat the passage was. So we spent the first day of the crossing reading, getting to know our fellow passengers and the expedition staff, taking advantage of the open bridge policy on the boat, attending lectures, watching the albatrosses, and eating. Breakfast at eight, three course lunch at 12:30, afternoon tea at 4:00, and a three course dinner at 7:30. We did not go hungry on this boat. 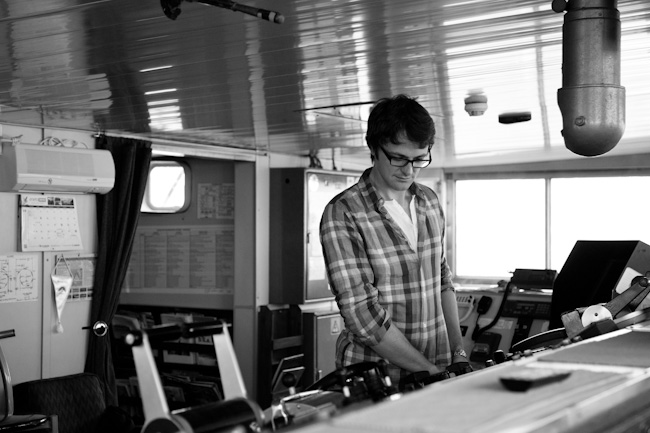 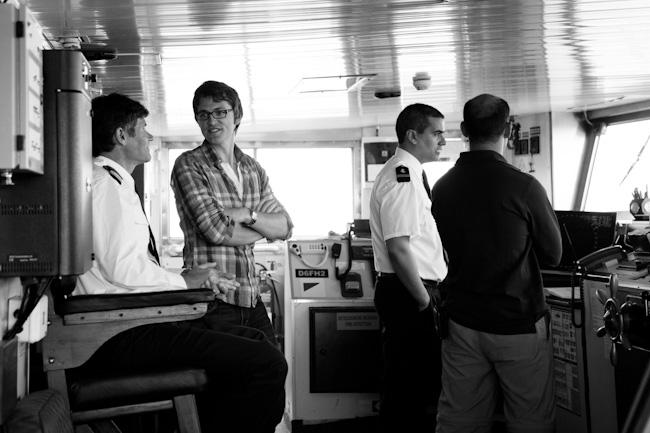 As the day went on, and we clipped along we grew ever more and more hopeful that we might be able to do a landing the next day! I had heard that in the case of extremely good Drake Passages, sometimes there is a landing on Day 3.

Unfortunately, we awoke on Day 3 to the following daily itinerary:

Or at least so we thought. At 9:00 an announcement from the bridge changed everything. Land ahoy. Penguin lecture moved up to 9:30, IAATO briefing at 11:00, first landing at 15:00 on Robert Point, on the SE tip of Robert Island in the South Shetlands. The morning was a whirlwind of learning, life jacket and boot getting (and, of course, eating) and after lunch the hubs and I stepped out on the (much windier) deck for our first close up views of the Antarctic. 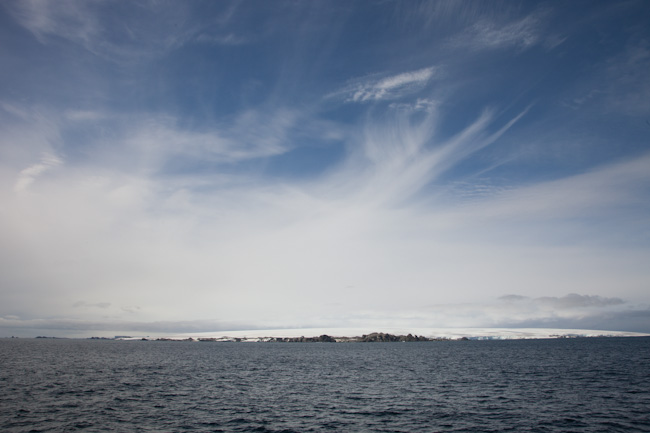 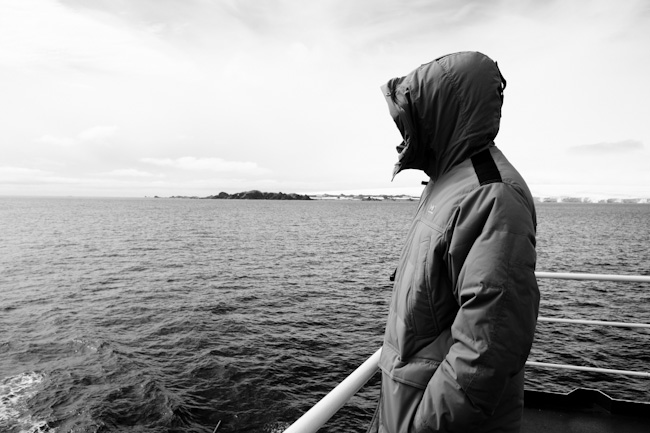 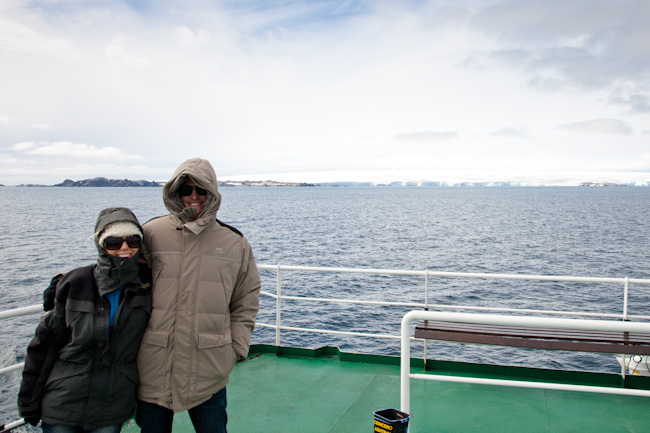 And at three, after a quick zodiac ride from the boat, it was time to take our first steps in the Antarctic. We were greeted by fur seals, elephant seals and chinstrap penguins.

And here again, I run out of words. So I hope pictures can do the three-hour landing that first afternoon justice. 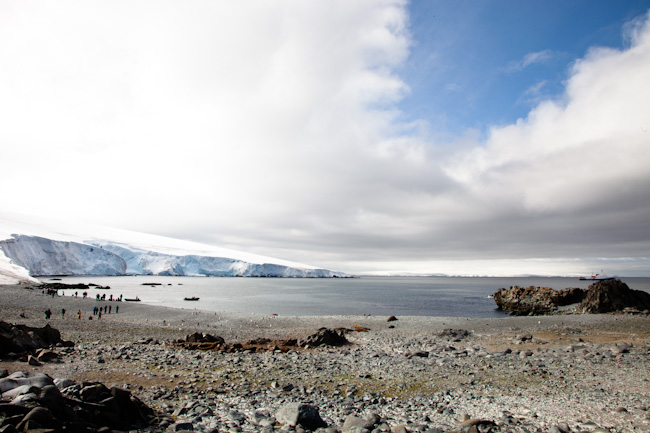 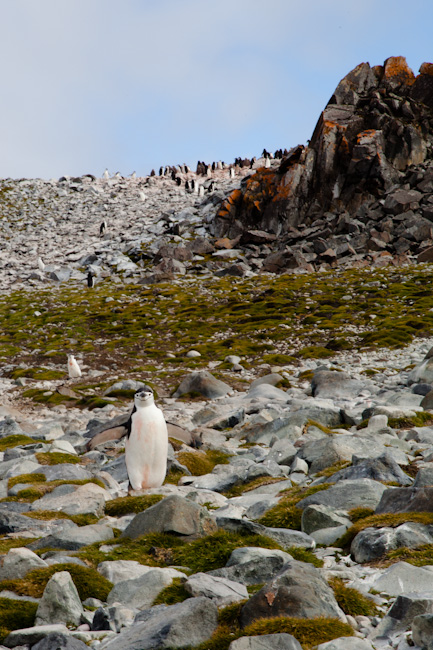 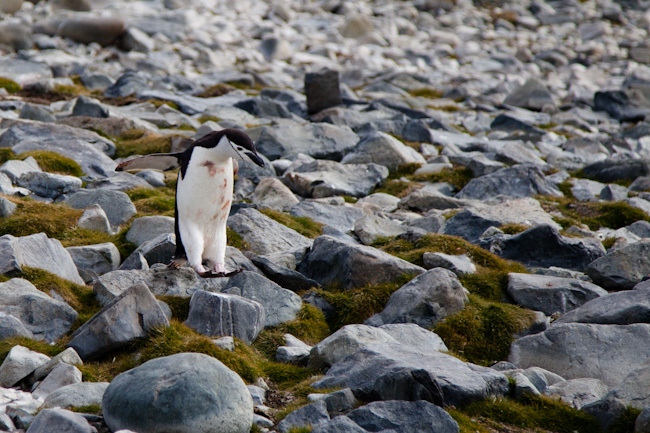 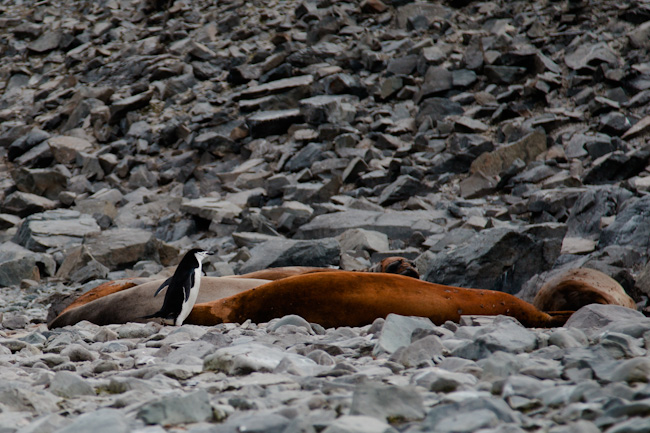 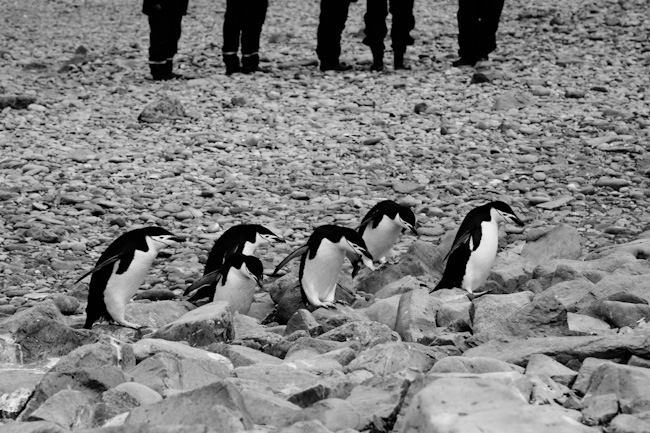 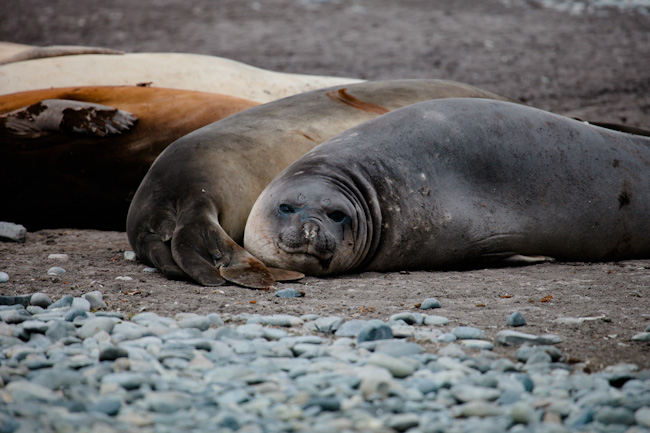 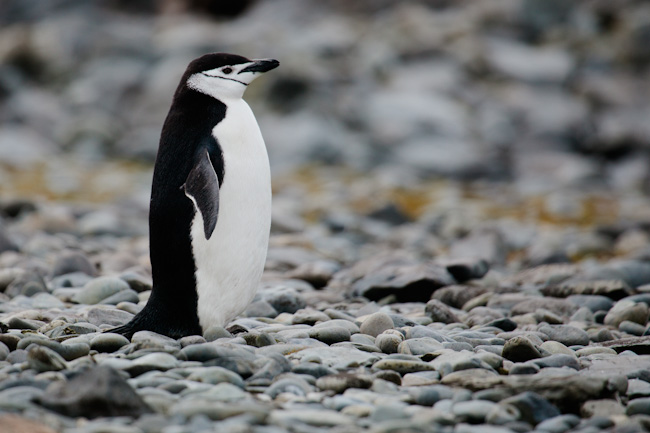 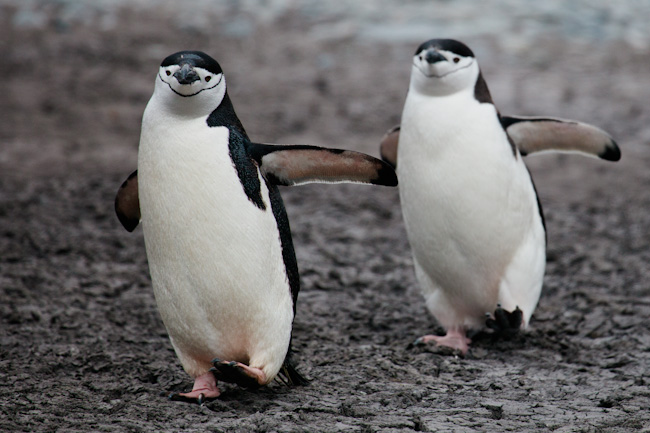 (Those last three snaps were taken with fellow passenger’s Chris and Mike’s friends 100-400 L zoom lens.  Playing with their lens made my amazingly amazing day even better!)

Back on the boat we warmed up with tea, enjoyed dinner and then set off across the Bransfield Strait, aka, the mini-Drake. But, just like the Drake, the Bransfield didn’t throw up anything we couldn’t handle. And before we knew it, we were spotting our first random icebergs on our way to the Antarctic continent! 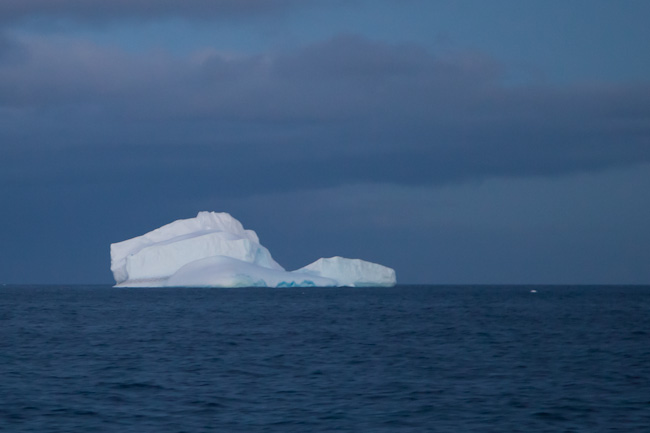 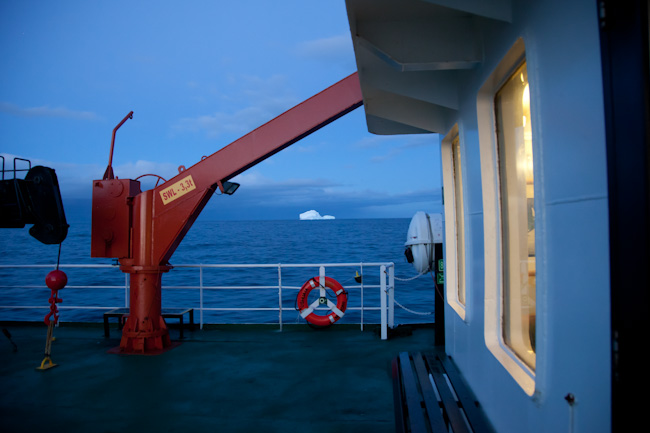 And check back Monday for Days 4 and 5: our first continental landing (!baby penguin encounter!), a gigantic Adelie penguin colony, a zodiac tour through an amazing harbour, a surprise whale encounter, and even more baby gentoos!