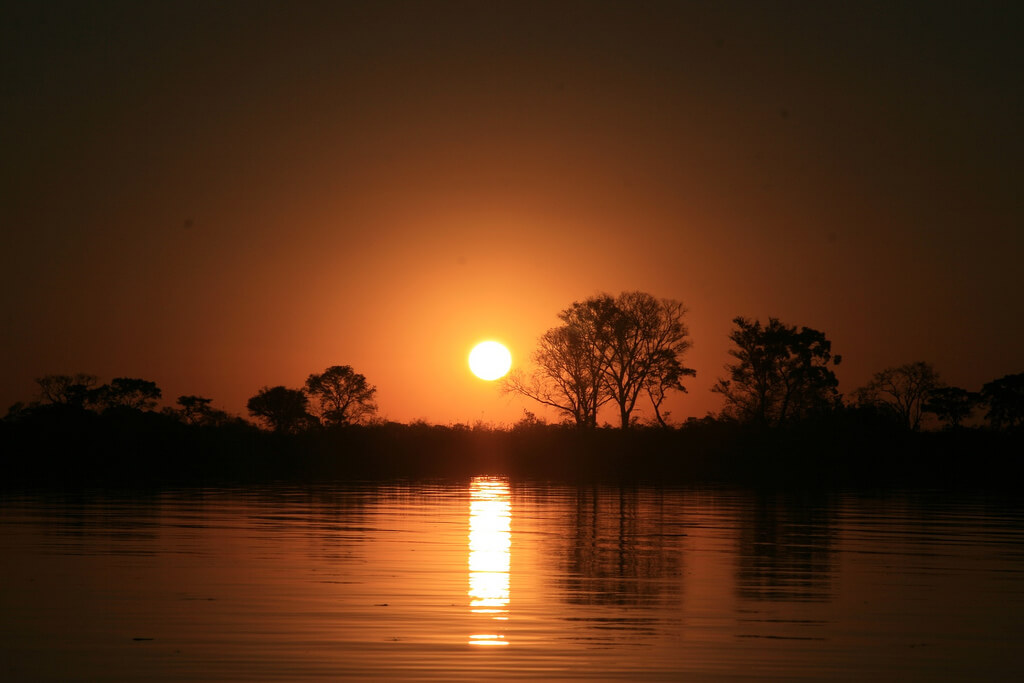 Yes‚ we’re home. And that, ladies and gentlemen, was around the world in 365 days.

We wandered around the desert metropolis of Dubai and played in what could be the world’s best water park; we saw the ancient ruins of Petra, spent a night in the desert, rode camels, shared a sheesha with a rescue team, floated in the Dead Sea, dove in the Red, all in Jordan; we ate Turkish delight, saw the peaks of Cappodocia, descended into the world’s largest underground city, saw the eternal flames of Mount Olimpos, played backgammon, cruised the Mediterranean, surveyed the calcium-white ridges of Pamukkale, and explored Ephesus in Turkey; we hopped from island to island, partied on Ios, soaked up the sun, rented and crashed a scooter on Santorini, and saw the Parthenon in Greece; we saw indestructible bunkers, a Dodge Caravan with Alberta licence plates, a Yahoo! fast food chain, a hideous pyramid dedicated to the former communist leader with a nightclub called ‘The Mummy’, and the castles of Albania; we wandered the streets of the old town of Kotor, swam in the pristine waters around Sveti Stefan, in the newest country in the world, Montenegro; walked around the walls of Dubrovnik; rented a boat and did our own island hopping around Korcula, saw two of the most gorgeous water features on the face of this planet‚ Krka and Plitvice, and ate awful airport food in Croatia; saw The Lion King, Trafalgar Square, Piccadilly Circus, Hyde Park, Westminster Abbey, Big Ben, the Tower of London, Brick Lane, rode the London Underground and The London Eye and got rained on, in London; I drank Guinness from the source and went on a pub crawl of the the smallest bar, the largest bar, the oldest bar, the bar with the highest number of beers available, and the bar with the most floors (it was getting dubious at this point) with Chelsea and Eoin, saw the cliffs of Moher, absorbed the history of Derry, walked on the Giant’s Causeway, and took in the Fringe Festival with Debbie in Edinburgh‚ all in Ireland and the UK (Scotland).

Allison and I were reunited and spent a week in the island paradise of Mauritius; rented a car and traversed South Africa and Swaziland, camped in Kruger park, saw the Big 5‚ elephants, lions, buffaloes, black rhinos, and leopards, counted herds of zebra and watched hippos play in the water, dove in Sodwana and surfed in Coffee Bay, saw real surfing in Jeffrey’s Bay, jumped from the world’s highest bungy at Bloukrans Bridge (216m), sampled the wines of Stellenbosch, peered over Cape Town from Table Mountain, saw the Penguins of Simonstown and the South-Western most tip of Africa‚ the Cape of Good Hope; we took an overland tour through Namibia, climbed the famous Dune 45 and saw the dried-up desert lake of Soussusvlei, ripped down another dune on a sandboard, ate delicious zebra and gemsbok steaks, went on a human zoo tour of the Himba tribe, did a game drive through Etosha National Park and waited by a waterhole at night to see lions spring into action; we crossed into Botswana and took a Mokoro through the Okavango Delta, got dangerously close to elephants, and cruised around Chobe National Park by boat; in Zimbabwe we saw one side of the spectacular Victoria falls, become multi-billionaires, and swam down the Zambezi River through class 5 rapids on riverboards; we transited across Zambia, by mini-bus, cockroach-infested bus, and transport truck, and waited for a boat that never arrived; in Tanzania we stayed a night in Dar Es Salaam, snorkelled off the white beaches of Zanzibar, went on a spice tour, and walked around the base of Mount Kilimanjaro; arriving in Uganda, we assembled a group in Kampala, spent the night in Murchison Falls camping under the stars and tempted death at the mouth of the waterfall, took two days to travel 170km, saw chimpanzees swinging through the trees, climbed the daunting Mount Sabinyo and stood in three countries at the same time, and tracked endangered mountain gorillas in Bwindi Impenetrable National Park; in Kenya we saw a lake full of pink flamingos, got burned by geysers, drank with the locals, and watched TV as Barack Obama became the first black president of the United States.

We landed at the world’s best airport, ate delicious Brazilian BBQ, went electronics shopping, visited some of our favourite places, I proposed to Allison, and she said yes‚ in Hong Kong; we ate the world’s freshest sushi from the Tsukiji Fish Market, slept in a capsule hotel, wandered through the Japanese temples of Kyoto and Nara, contemplated beside rock gardens, relaxed in onsens, drank sake, learned about the tragedy of Hiroshima, went to a sumo tournament, saw Mount Fuji, stuck out like sore thumbs in the fashion-savvy district of Shinjuku, and missed our flight out of Tokyo, Japan; we travelled with family around Australia, saw the Sydney Opera House and Harbour Bridge, enjoyed Wicked in Melbourne, drove the Great Ocean Road, played with kangaroos and koalas and went spelunking on Kangaroo Island, almost ran out of gas on our way to Ayers Rock (Uluru) in the middle of the desert, went diving around the Great Barrier Reef, ate delicious food throughout the Atherton Tablelands, spent Christmas sailing around the Whitsundays and eating gourmet Italian food, played keep-away in our blue suits on Whitehaven beach, saw a Leopard Shark, was disappointed by platypi in Broken River, spent New Year’s in 1770, drove a Toyota Landcruiser around the sandy Fraser Island, and left a bag behind in Australia; slept around in Mr. Bean, sampled delicious coffees, awed by the beauty of Wanaka and the Rob Roy Track, awed again by the beauty of Milford Sound, and generally awed by all of the South Island, went on a wine tour by bike of the Renwick region and visited 10 wineries, ate delicious green-shelled mussels, climbed Mount Doom (aka Mount Ngauruhoe), jumped out of a plane in Taupo, rode around on a Segway, went to Thermal Wonderland to see colourful hot springs and boiling mud, drove a jetski in Paihia, and became friends with Rob & Sally who let us crash at their place in Auckland, New Zealand.

We crossed to ocean to Chile, ate delicious Italiano hotdogs, rode the elevators of Valparaiso and avoided the packed beaches of Vina Del Mar, flew to Easter Island, dipped ourselves in mud to join in the local festivities, saw the impressive Rano Kau Crater, rented a jeep to go talk with the Moai, and lounged on the gorgeous Anakena beach; touching down in Lima, Peru, we delved deep into the Amazon rainforest, fished for and caught piranhas for lunch, got robbed in the rainforest, got robbed on the bus, rode a dune buggy and sandboarded outside the desert oasis town of Huacachina, flew over the Nazca Lines, hiked down and up the Colca Canyon, wandered around the former Inca capital of Cusco, hiked the Inca Trail to the incredible ancient city of Machu Picchu, and took a boat to the man-made floating islands on Lake Titikaka; we took a bus into Bolivia and hiked around the gorgeous Isla Del Sol—birthplace of the sun, drank great coffee in the world’s highest capital, went down into a working mine in Potosi, rode horses across the wild-west landscape of Tupiza, took a high-altitude jeep tour across the corner of the country to the Salar to Uyuni, and hopped on a train at 3:00am to the border; we gorged on meat and wine in Argentina, sampled the wines of Cafayate on foot, sampled the wines of Mendoza by bike—thanks to Mr. Hugo, took in the magic of Buenos Aires and the allure of tango, rode in luxury—by bus—complete with champagne after dinner, and wandered around what could be the most impressive set of waterfalls on Earth—Iguazu Falls; in Brazil we took in the other side of Iguazu Falls (they were that good), rode down a natural waterslide outside Paraty, stayed on the island paradise of Ilha Grande, got mugged in Rio, went to a futbol game, partied with Brazilians, posed with Jesus, took in every view we could find, and departed from one of the world’s worst airports.

Back in North America, we went diving off West Palm Beach, drove around in a yellow jeep, did kettlebell and yoga, broke a board in half with a powerful ninja kick, ate amazing food, went to the Kennedy Space Centre, and Jonathan finally got a haircut in Orlando, Florida, USA.

What’s next? Is this the end of the blog? Well, we still have a couple posts coming up. We’re going to compile some lists (best hostels, best sites, etc) and Allison is putting together a final budget wrap-up post. We’re both re-integrating, and Allison is studying for her bar exam, so please be patient—the posts are on their way.

In the meantime, please enjoy what we think are some of the best photos from our trip.