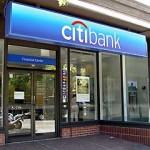 Though I know most of you are waiting (somewhat) patiently for our Bolivia post, we thought it was important to interrupt the order of our blog temporarily for some travel advice. How to access your money in Argentina. Though we have been loving most parts of Argentina since we arrived 30 hours ago, one aspect has been hampering our fun. We couldn’t take out more than 320 pesos ($110 CAD) from an ATM at a time. With, with a hefty bank fee of $3 to $5 dollars a transaction, this was going to make Argentina notably more expensive than anticipated. To make matters even worse, we could only get this money with Jon’s PC Financial card (on the PLUS network). Any attempt to take out money on my BMO card (on the CIRRUS) network was met with “you have a balance of $0,” though I actually do have money in there. So, a bit of creative Googling found us an answer to this problem that I hope will help fellow travellers in the future.

There are two main types of ATMs in Argentina, BANELCO and LINK. Every single bank that we went into was affiliated with one of the two systems. These machines claim to be affiliated with CIRRUS and PLUS and all the local systems. However, when we used them we found the following:

Since we have one of each card, we were able to access money in small bits but the thought of paying $3 per transaction sent us searching for a solution.

How can you take out $2500 pesos in Argentina? It turns out that Citibank also has their own ATMs (though they are only on the CIRRUS network) in addition to BANELCO ATMs. Though you need a CIRRUS card to use them, you can get your money (and a whole bunch of it) in one transaction. After figuring this out we went and checked at several other banks. None of them had their own ATMs so it seems this solution is limited to Citi and the CIRRUS network. But, at least it is a good way to get your money if you are travelling with cards for both networks (and for only 0.3%)!

The craziest and most annoying part of it all is that we talked to many, many people who had travelled to Argentina before us, even Canadians, and no one mentioned any issues (perhaps assuming withdrawals of $320 pesos is status quo in South America). While I understand people from other countries may not have encountered the same problems (except Americans, because we just met two who had experienced the same thing), shame on you other Canadian travellers. If we had warning, it would have been so much easier to deal with. We both hope that this post will help visitors to Argentina in the future – so good luck, other than the banking system, it is great!