When I left off last, we were on our Nomad overland tour in Etosha National Park, Namibia with one week left to go. Our first stop in Botswana was simply in transit and it was sad – it was at a game farm. The pacing cheetahs broke my heart. To add insult to injury, these are the only cheetahs we have seen in Africa, so I guess we need not have worried about being eaten by them…

This stop was simply en-route to the best part about Botswana: our three-day mokoro (dug-out canoe) adventure into the Okavango Delta. After a 2-hour drive along dusty roads we arrived in the delta where our polers and mokoros were waiting. We piled into the small boats and set off on a 2-hour pole to our camp where we would be without any modern luxuries for three days, even our food was to be cooked over the fire! 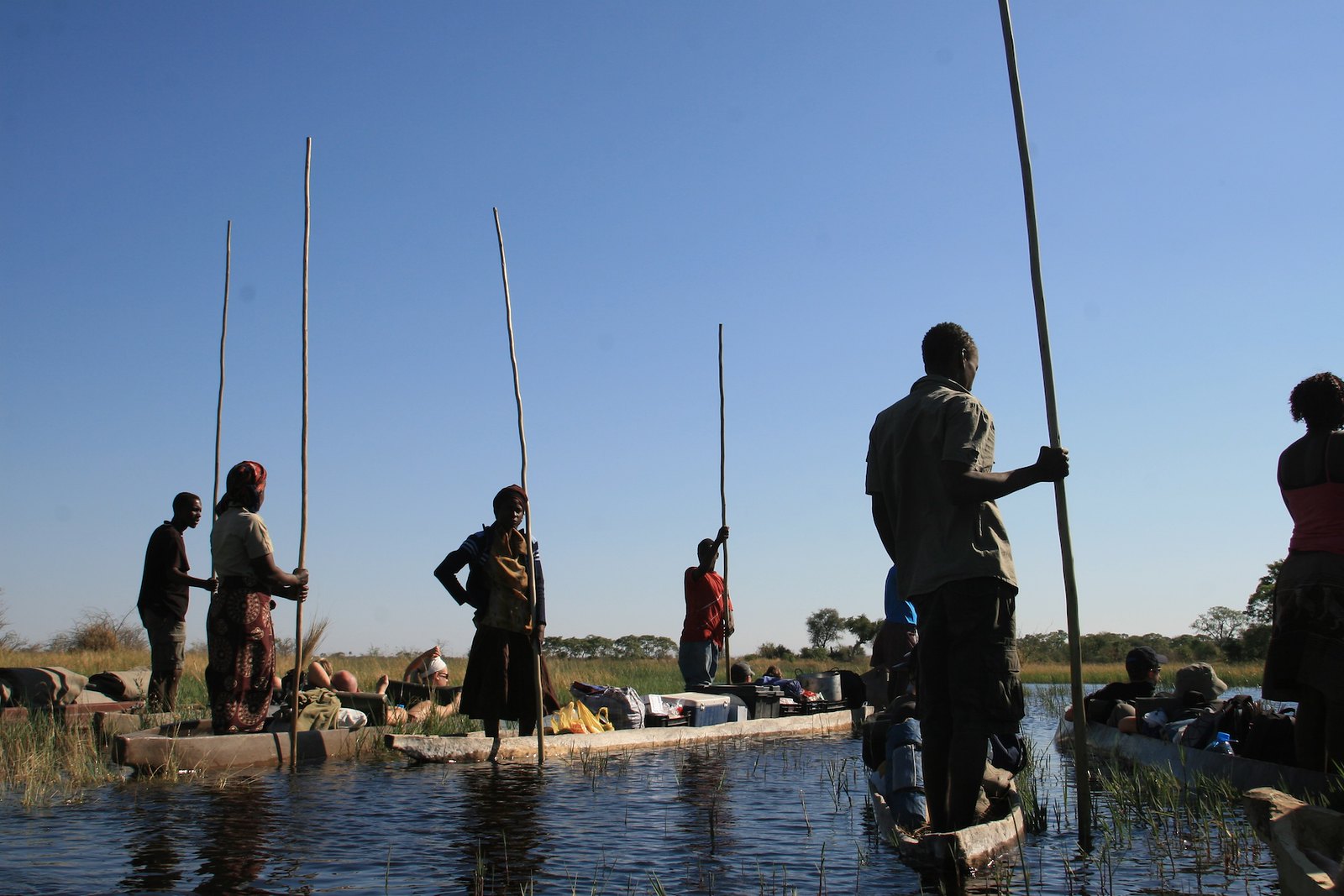 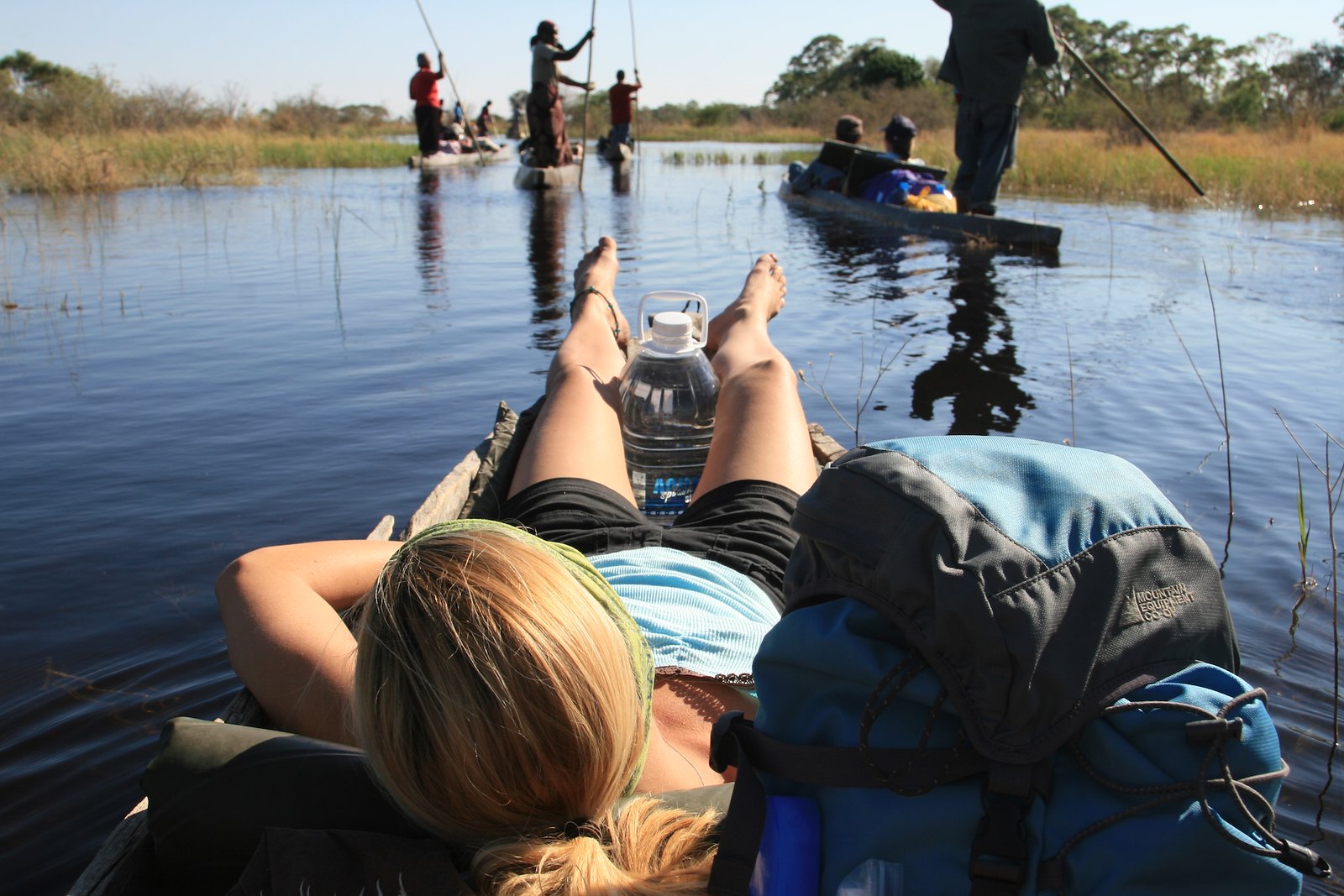 We camped out in the delta for two fantastic nights. During the day we lounged around in any shade we could find, we went swimming in the surprisingly cold water and we tried our luck poling (which is not as easy as it looks)! We also did a couple of game walks, the highlights were the elephant and hippo bones we found, and we took a beautiful evening cruise where we watched the sun go down over an idyllic African landscape! All in all, the three days in the delta was a much needed break on a tour that was ruled by German efficiency. 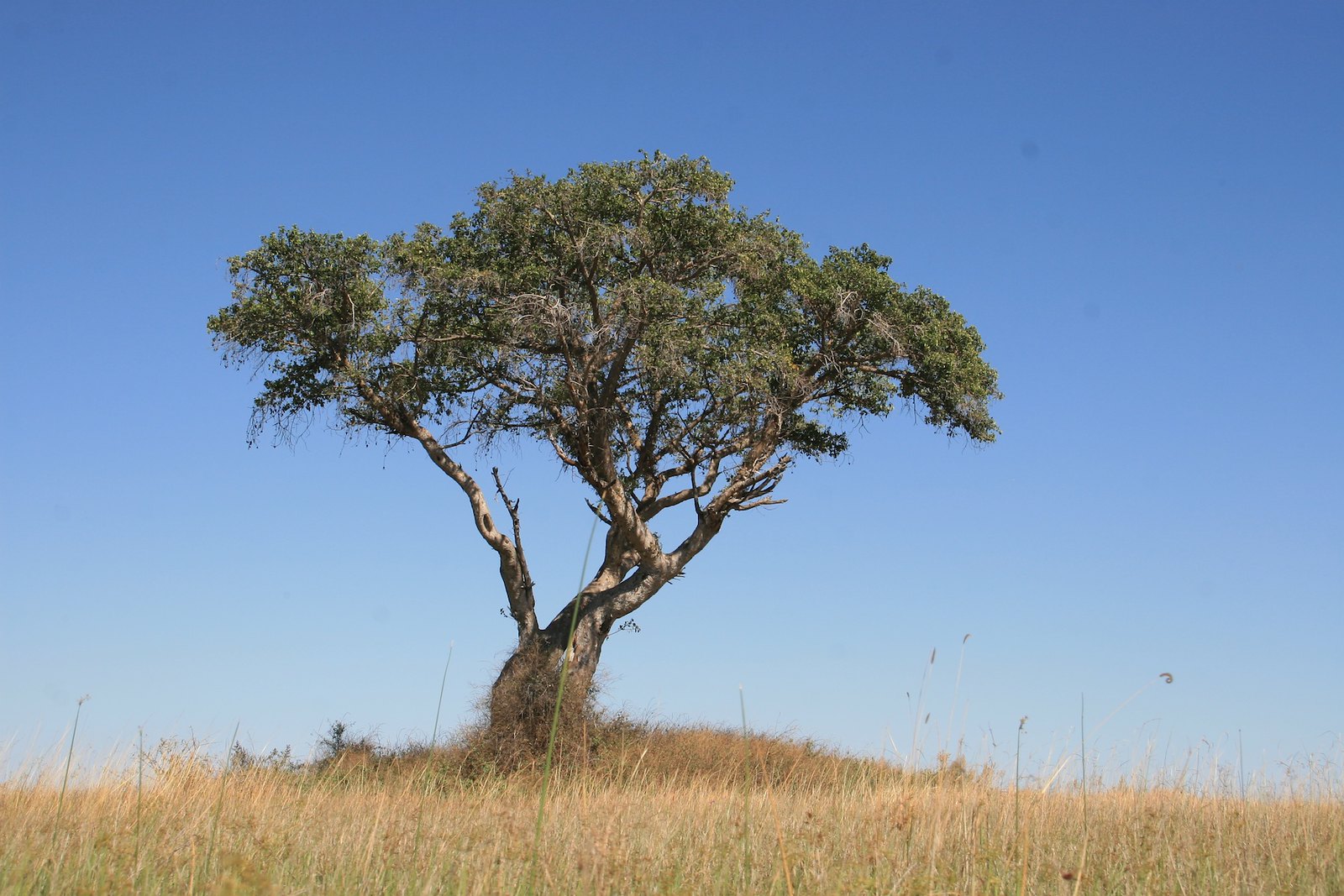 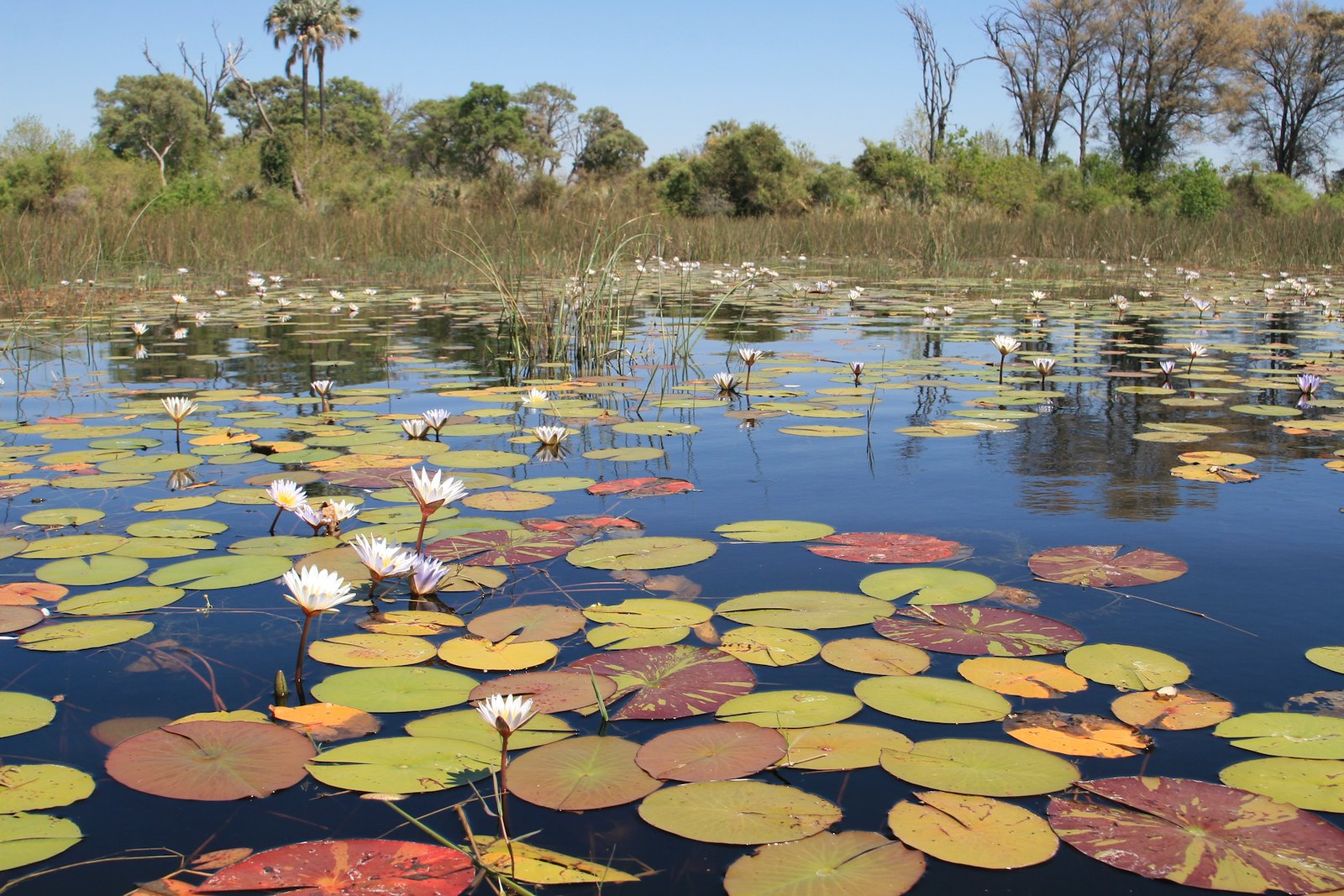 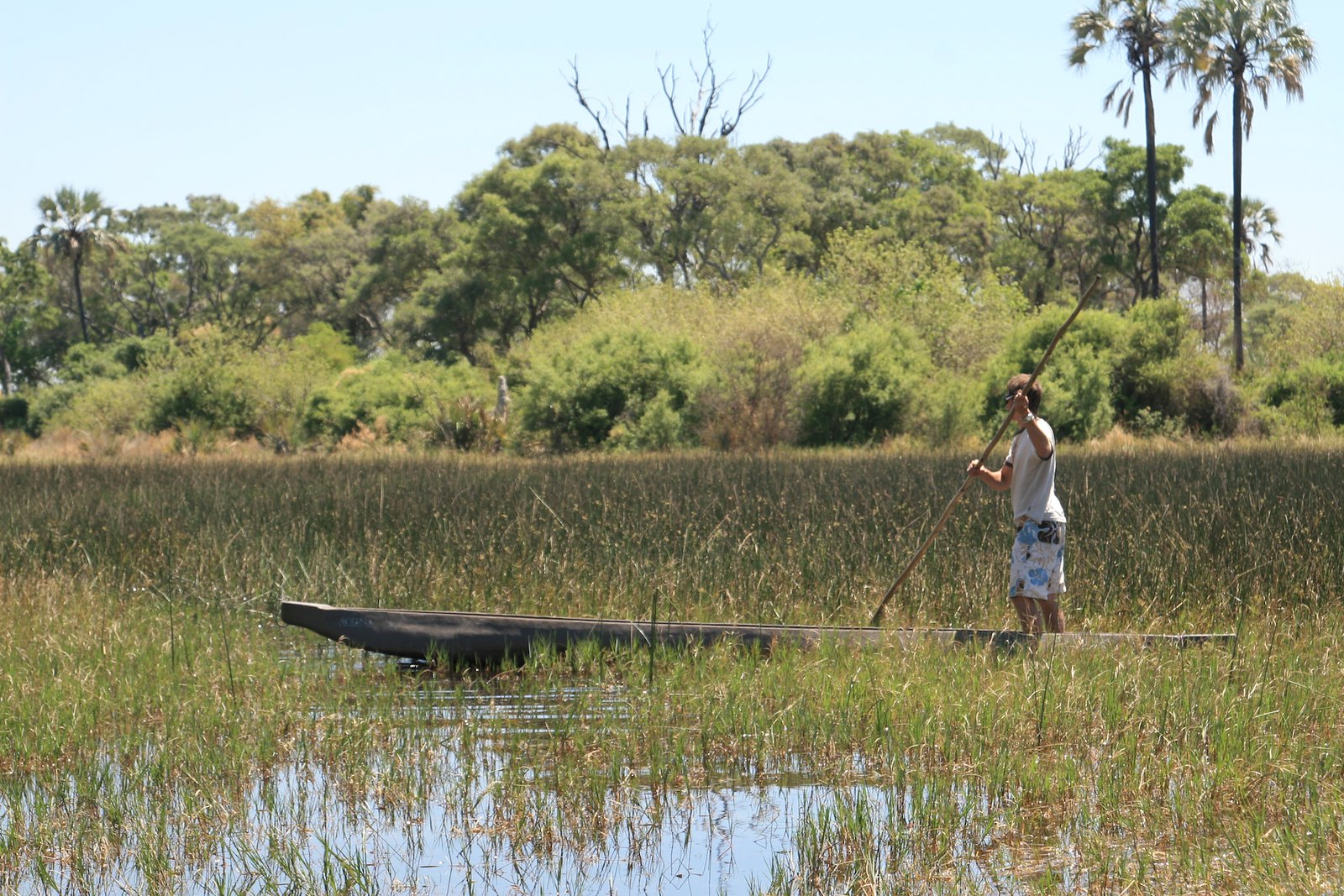 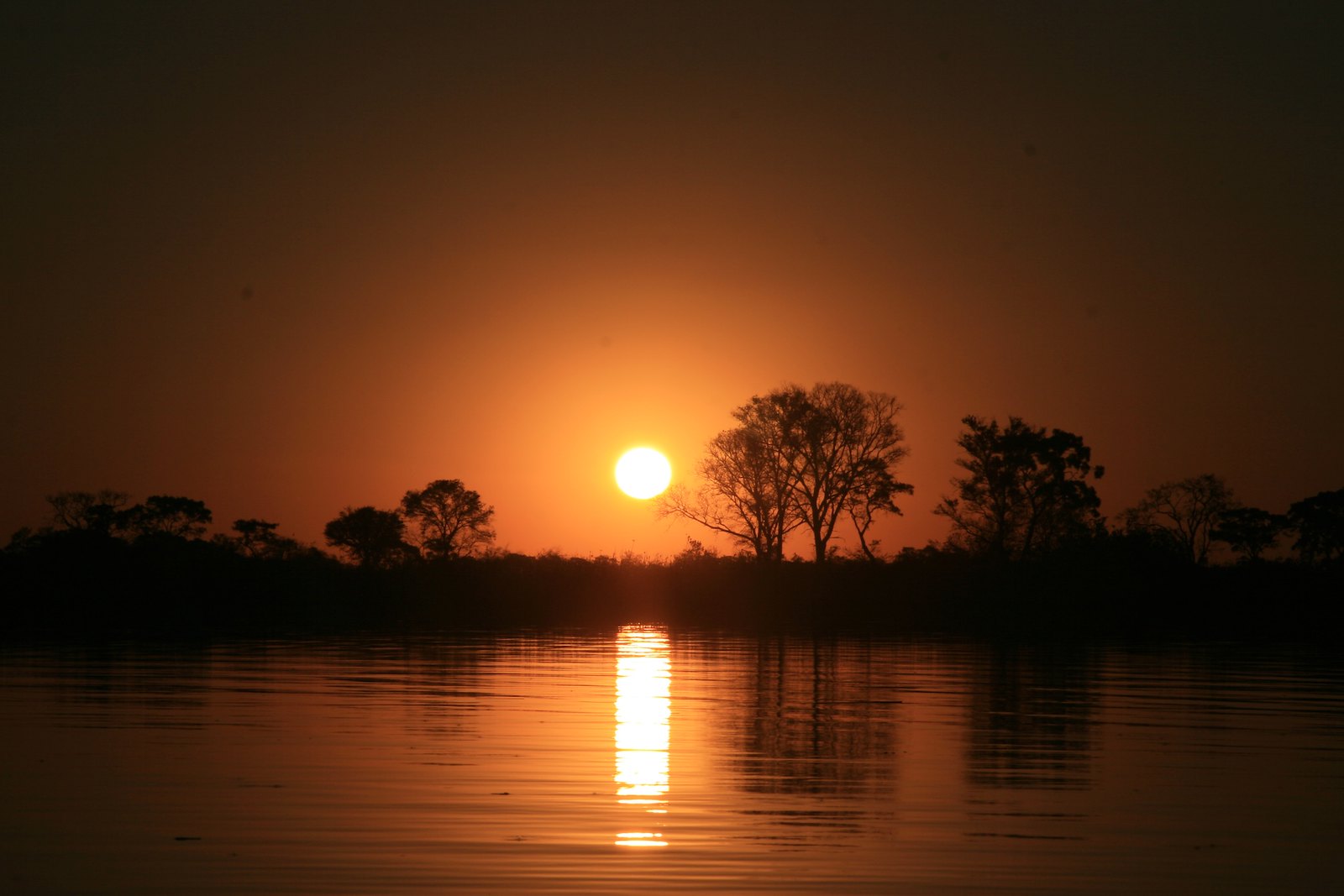 Upon our return to civilization (if a dusty camp in Africa can really be called civilization) we went to Chobe National Park. Rather than doing a game drive, we took a boat cruise down the Chobe river. This was a great experience and we saw hippos, buffalo, elephants and crocodiles close up. Being on a boat was a great way to view game; it was much more relaxed and cool (literally) than some of our prior game viewing experiences. Our three hour mid-afternoon trip could have, however, used a bar. 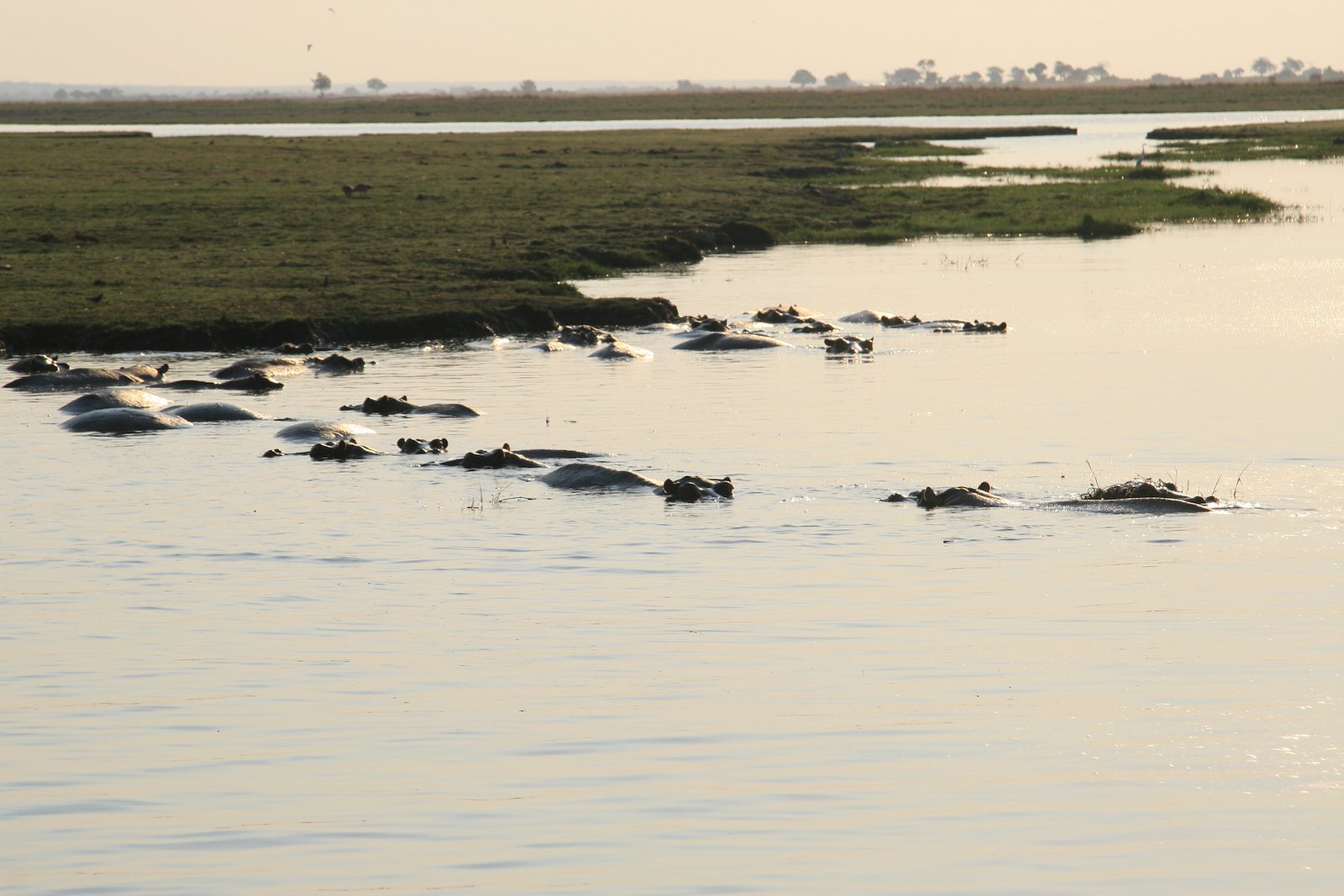 Our 20 day tour ended in Vic Falls, Zimbabwe. Like in Turkey we paid a special “Canadian Rate” of $65 for our visa here, despite the fact most other nations pay only $30. I wonder what it is Canada does to these countries…

Even this small corner of Zimbabwe, nestled tightly between the Botswana and Zambia border posts, was an experience I will never forget. I have never before walked into a supermarket and seen nothing fresh, only a few tinned & packaged goods lined the shelves. The hyper-inflation that plagues this country is horrifying, you even see piles of valueless discarded money on the streets. Despite the fact that Zimbabwe recently dropped nine (9!!) zeros from its currency in a re-valuation, prices are still skyrocketing, and when you barter with people they don’t want money but would rather your shirt or your shoes as they are better off getting goods than getting cash. As tourists we were advised to stick to US dollars and to avoid changing money for Zimbabwean Dollars. When I asked how people were paid their salaries in a country where in a day the price of bread can go up by 100 times, I learnt that many jobs pay you in food and accommodation rather than in cash. While we were there however, Jon did pick up some $50,000,000,000 and $100,000,000,000 notes – we’re multi-billionaires! 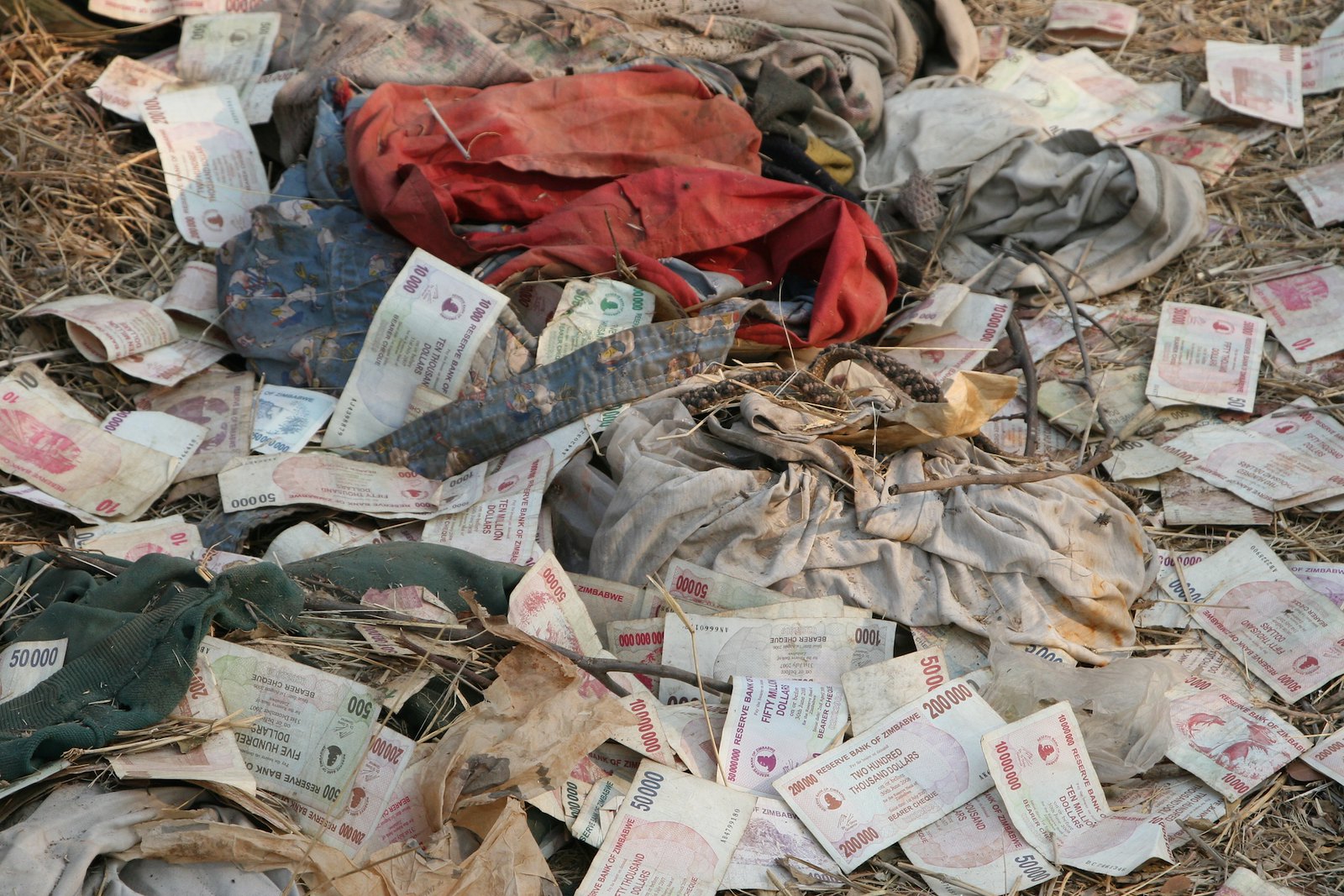 Victoria Falls (the falls, rather than the town) are along the Zimbabwe/Zambia border. They are best viewed, however, from the Zimbabwe side since they plunge down over the 100 meter drop on the Zam side, you get the full effect of the water falls only in Zim. We were there in the dry season, and even so they were breathtaking! Since half of the falls are dried up at this time of year, if you were to see the falls from the Zambian side, you would be forgiven for assuming you were just looking at a gorge. 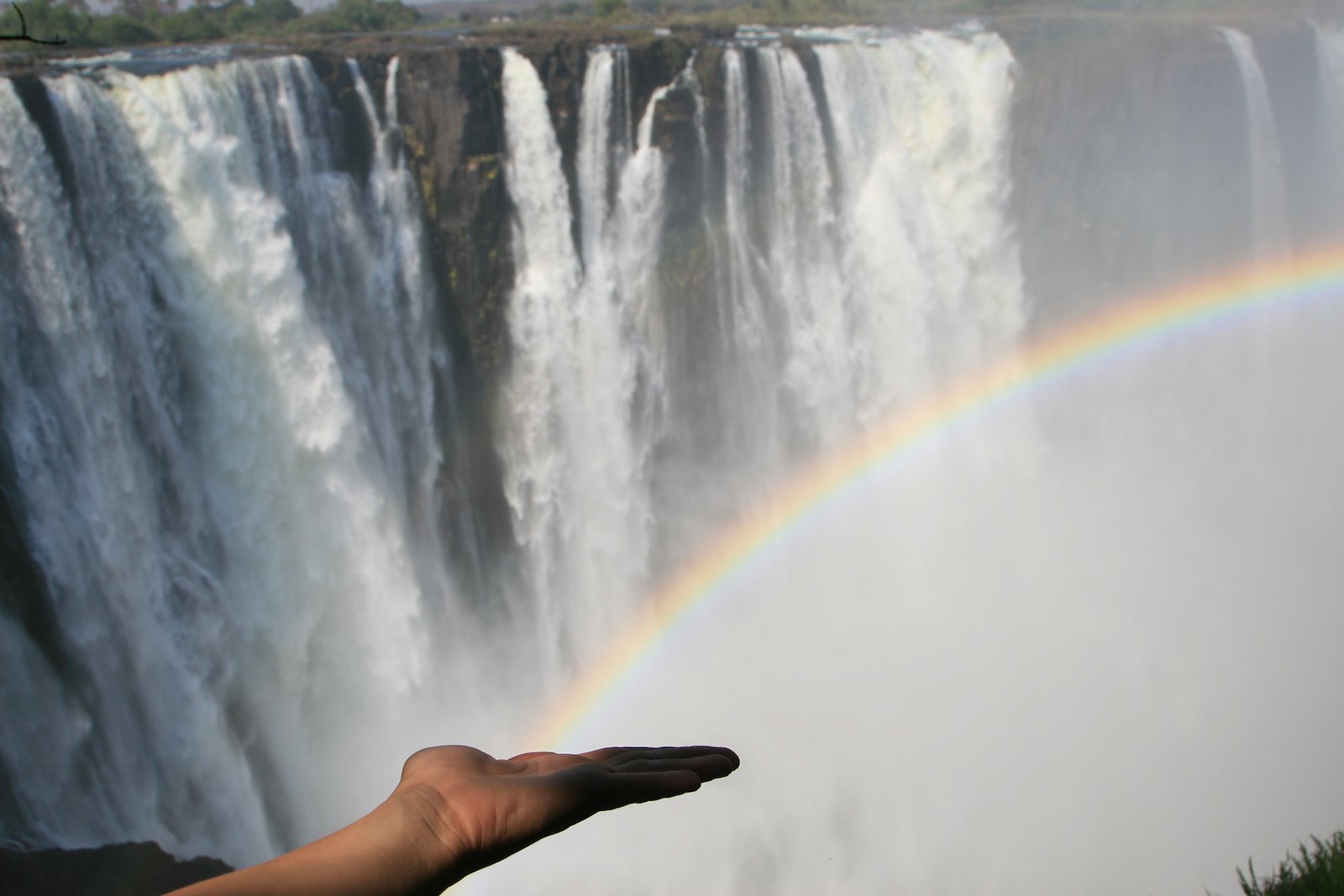 This is the ‘adrenaline adventure capital of Africa’ and you can bungee jump, zip line, take flights, go white water rafting or do like us and go river-boarding. River-boarding is awesome; you take the same route as the rafting trips but you do most of the 24 rapids on a boogie-board. Our tour was incredible because it was just us, our guide, the man who paddled our raft (for the times it was too shallow to river-board) and our photographer! I can honestly tell you there are rare thrills in your life like taking a class-5 rapid on a boogie board! It was an amazing day. A few days later in Zambia we jumped into devil’s pool… a small pool of water right at the edge of the falls, quite a daring feat as well!! 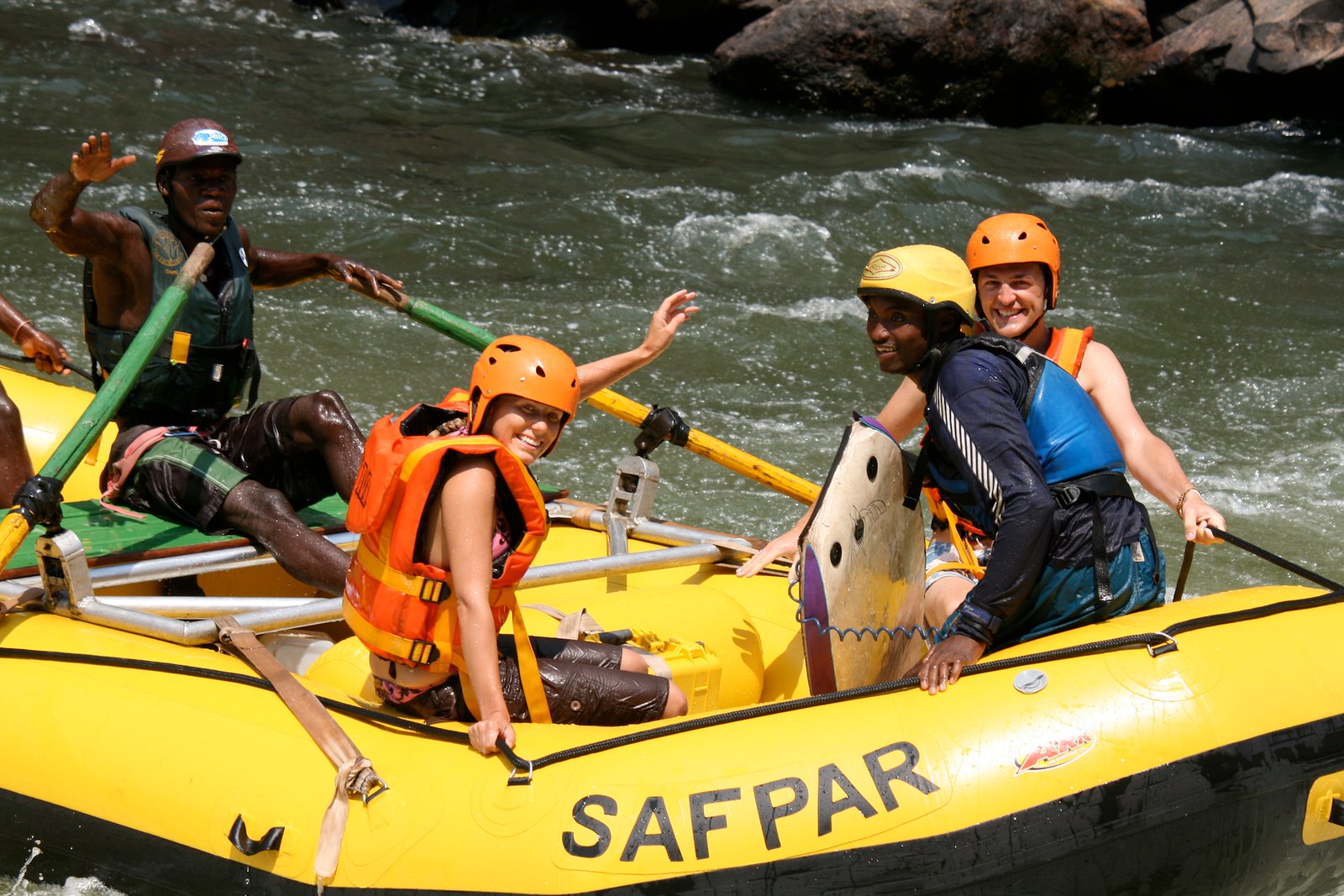 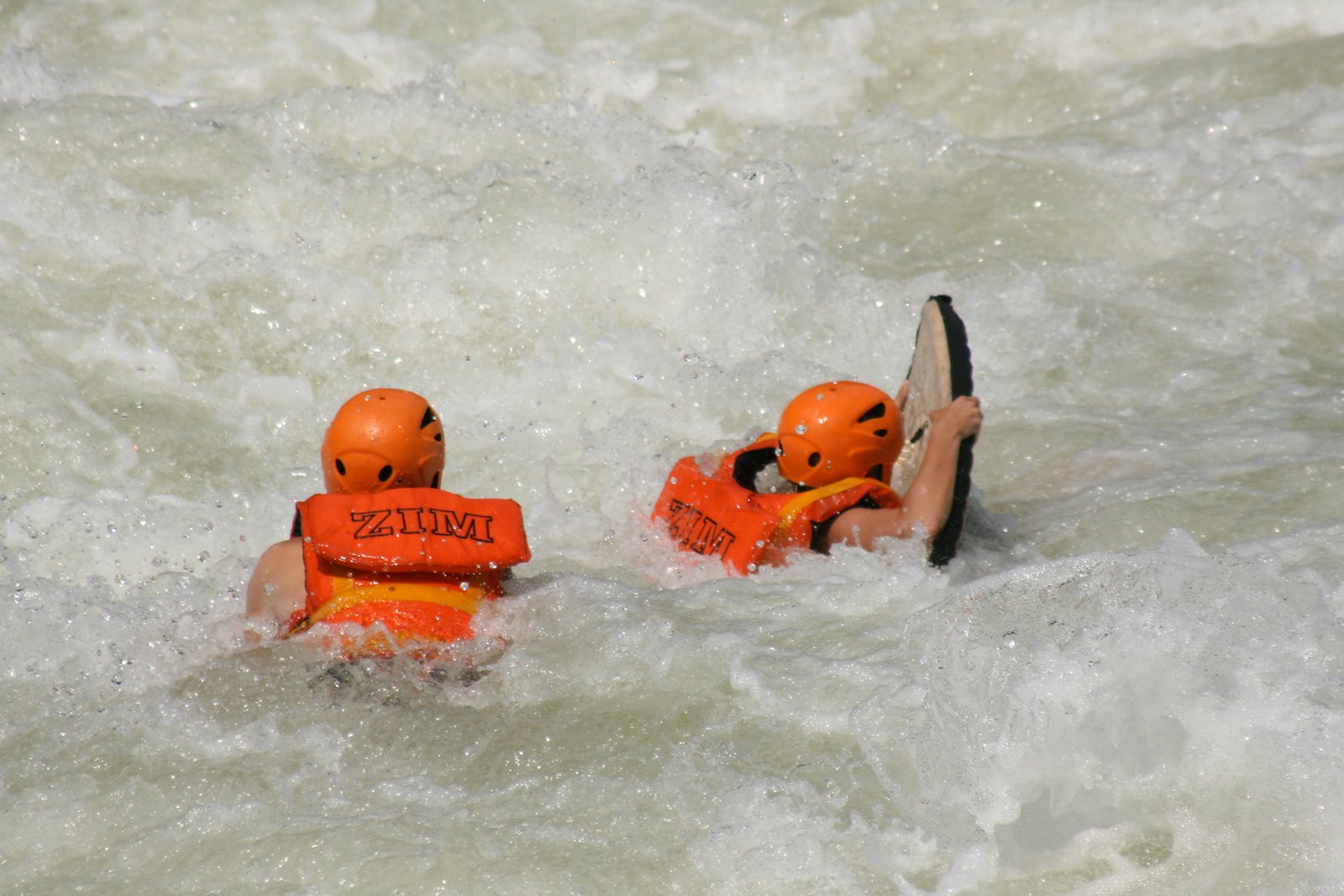 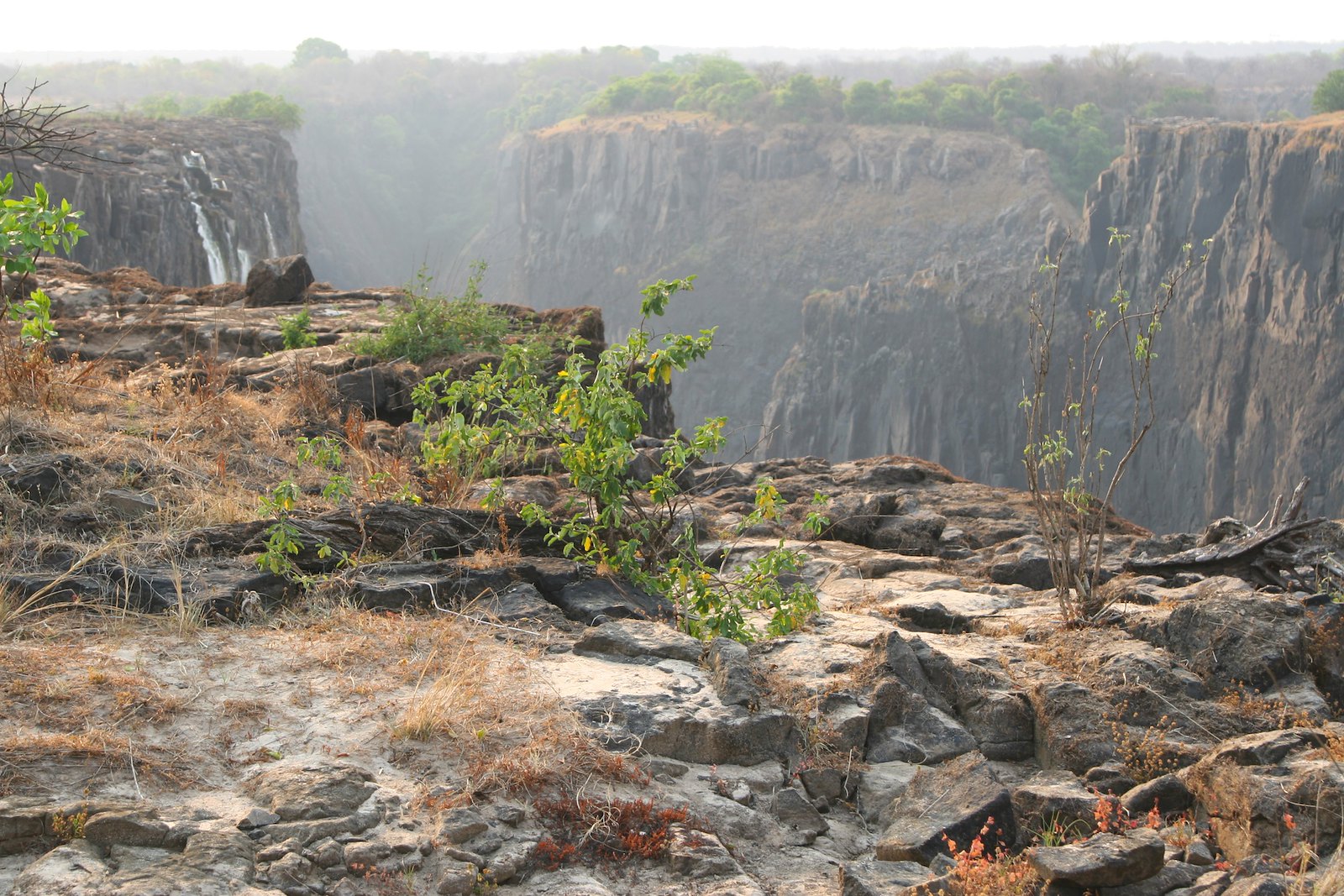 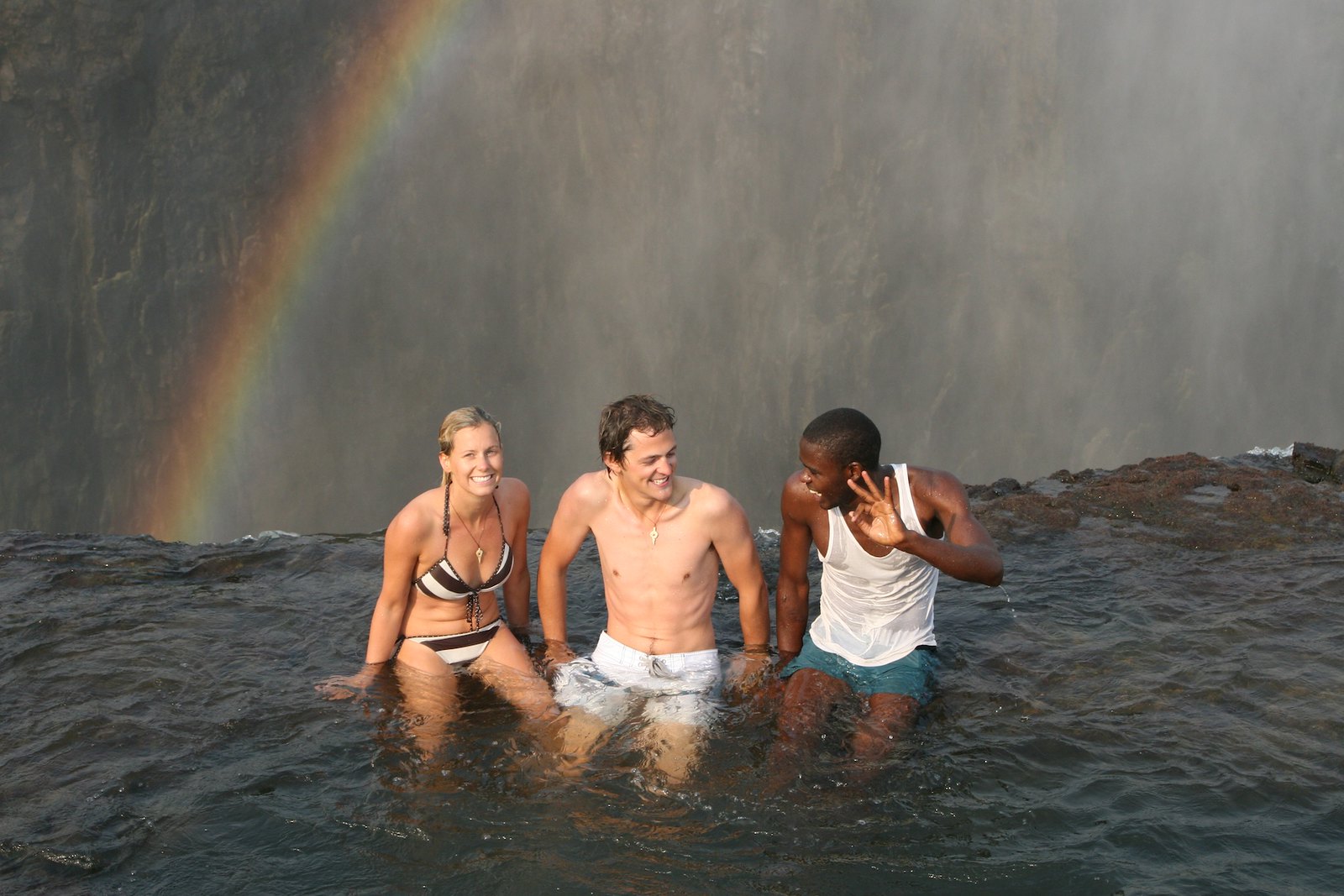 Vic Falls marked the end of our time overlanding. While the tour was a really good, cheap and efficient way to get to some out of the way places in Namibia, Bostwana and Zimbabwe there were several parts of it I wish we could have avoided. First, all the grocery and snack stops, on a tour that provides three meals a day, we stopped way too many times to buy snacks, each time (generally more than once a day) for an hour; second, the lunches… almost every day we ate vegetable sandwiches on dry bread, this kind of lunch got old very fast; third, during several dinners our 21 year-old cook ran out of food, and rather than apologize he blamed us for overeating; fourth and most importantly was the fact we were thrown together with 21 other people for 20 days. You don’t get to pick the people you travel with, and we like to do things our own way. In the end, we don’t regret taking the tour, but we wouldn’t do it again. If we were to provide one piece of advice to anyone thinking about doing a tour, make sure you book a trip that does not have a translator for another language. We made this mistake and most of the guests on our tour were German which made it very difficult to get to know them very well!