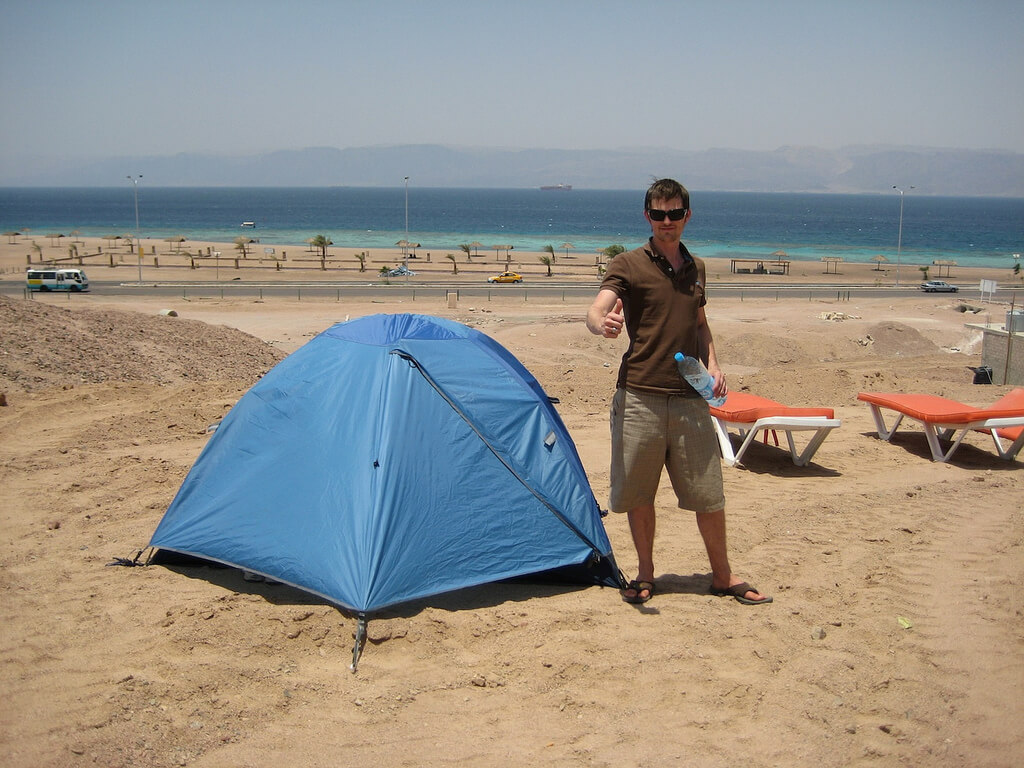 While Jon did a hilarious job describing the hospitality of our hosts in Aqaba (where he got sick), my impression was a little different. From my perspective they were almost too friendly. While they had good intentions, every single time I stepped out of our room, at least four people would inquire as to Jon’s health, they would then recommend their own home remedy and try to drag me to the pharmacy with them to buy some drugs.

The friendly taxi-driver (for whom I set up an email address the day before) finally persuaded me to come with him into town to go to the pharmacy. The taxi-driver, pharmacist and I spent ten minutes discussing Jon’s symptoms and I was sent back home with three different medications … which Jon’s system promptly ejected.

Additionally, everyone in Aqaba seemed well intentioned but then proceeded to continually over-charge us! We were initially camping and I persuaded an extremely sick yet reluctant boyfriend that he had to move into an air-conditioned room because he could not be sick in the tent. On our second night in the air-conditioned room Mohammedsea promised to give us a “really good deal” because he knew we didn’t have much money and we were helping with his business and personal emails, as well as helping him build a swimming pool. His “really good deal” turned out to be a price several people (who didn’t help with anything) were paying anyway… The taxi driver for whom I set up an email promised to do me a favour if I needed a taxi ride -and then proceeded to charge me market rate for our venture into town and back. While it was obvious they both had my best interests at heart, it was really very irritating and left a sour taste in my mouth regarding the hostel (well, that and the mystery bites, which still haven’t recovered) – accordingly, I wouldn’t recommend it.

The other thing that occurred in Aqaba that neither one of us has yet mentioned is: I was sick too! Not for nearly as long, but I had about 6 violent hours of illness and one restless night and have only now regained my appetite (about 10 days later) and so I was dealing with this in a somewhat weakened state. Overall, however, I really enjoyed Jordan and for the most part, the people were just the right amount of friendly!