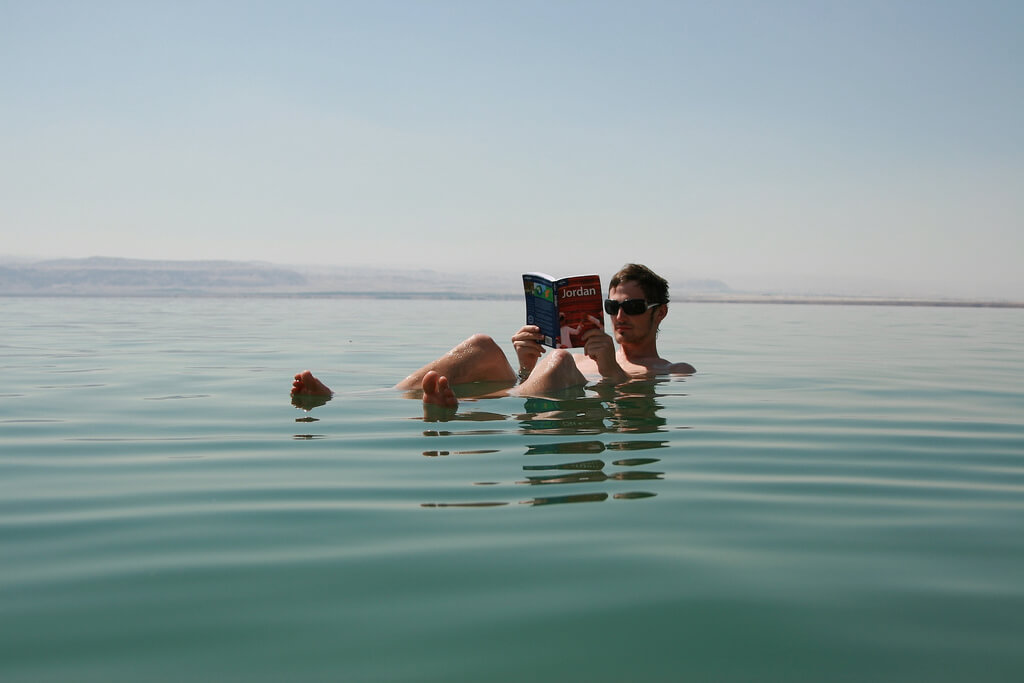 Allison and I wrapped up our ten days in the hot, friendly country of Jordan. While I won’t delve into each stop in detail (however detail is available for those who are curious), I’ll touch on a few unique highlights.

One of the first things almost anyone will notice about Jordan is just how friendly everyone is. Sure, most people are attempting to sell you something, but the difference is that even if you don’t want what they are selling, they will still dispense useful advice. “Oh, you don’t want a private driver? No problem. I’d recommend you catch a taxi to the bus station on the other side of the street.”

Petra, featured in Indiana Jones and the Last Crusade, was outstanding. While our pictures will give you glimpses of the highlights (such as the famous Treasury, the Roman theatre, and the Monastery), the views we caught while hiking some of the mountain paths just couldn’t be captured. It’s probably for the best as there would have been a number of shots featuring a less than thrilled Allison. We took a wrong turn and I insisted on scaling down a small-ish cliff while holding a frisbee-like disc of garbage (I couldn’t bring myself to litter). 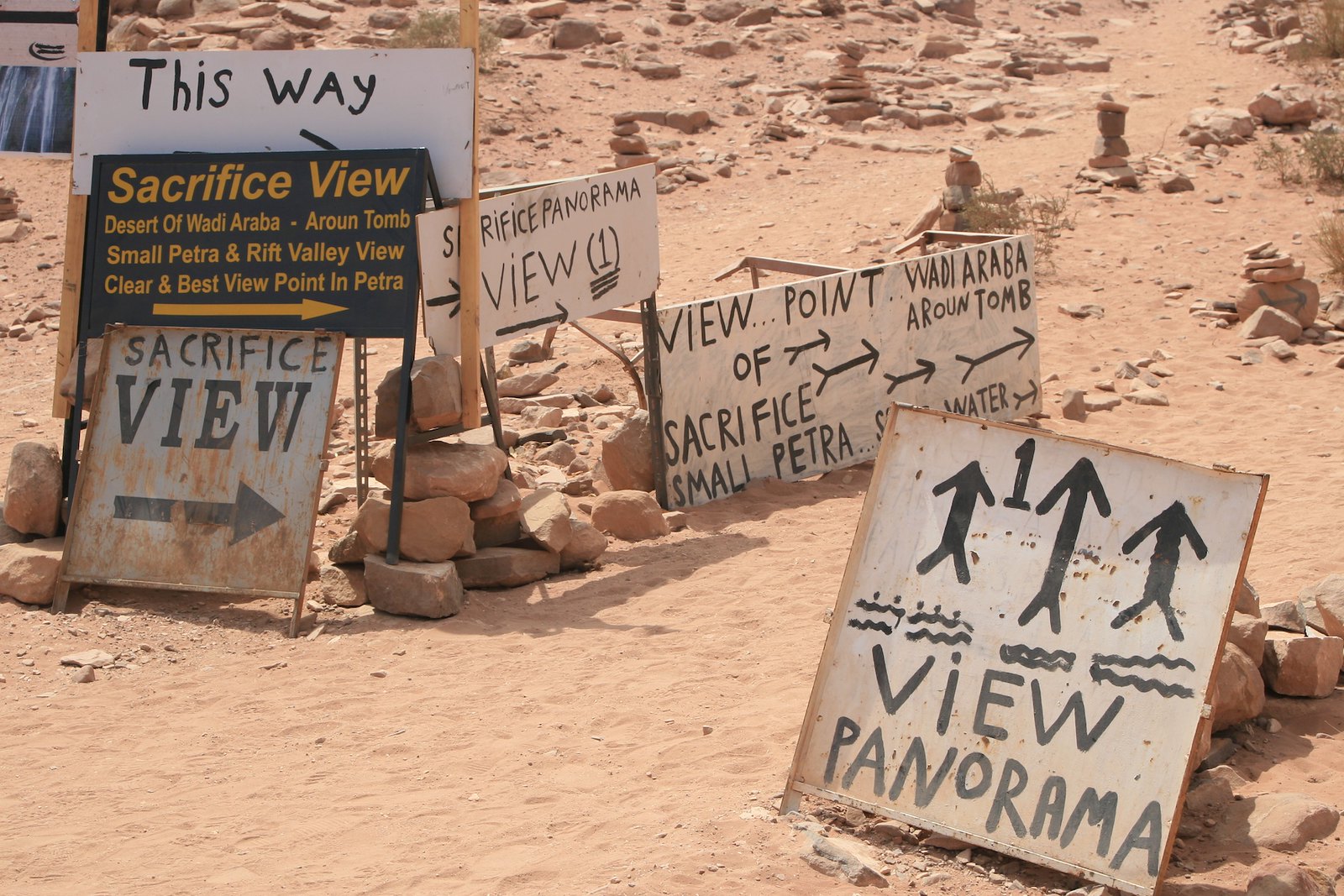 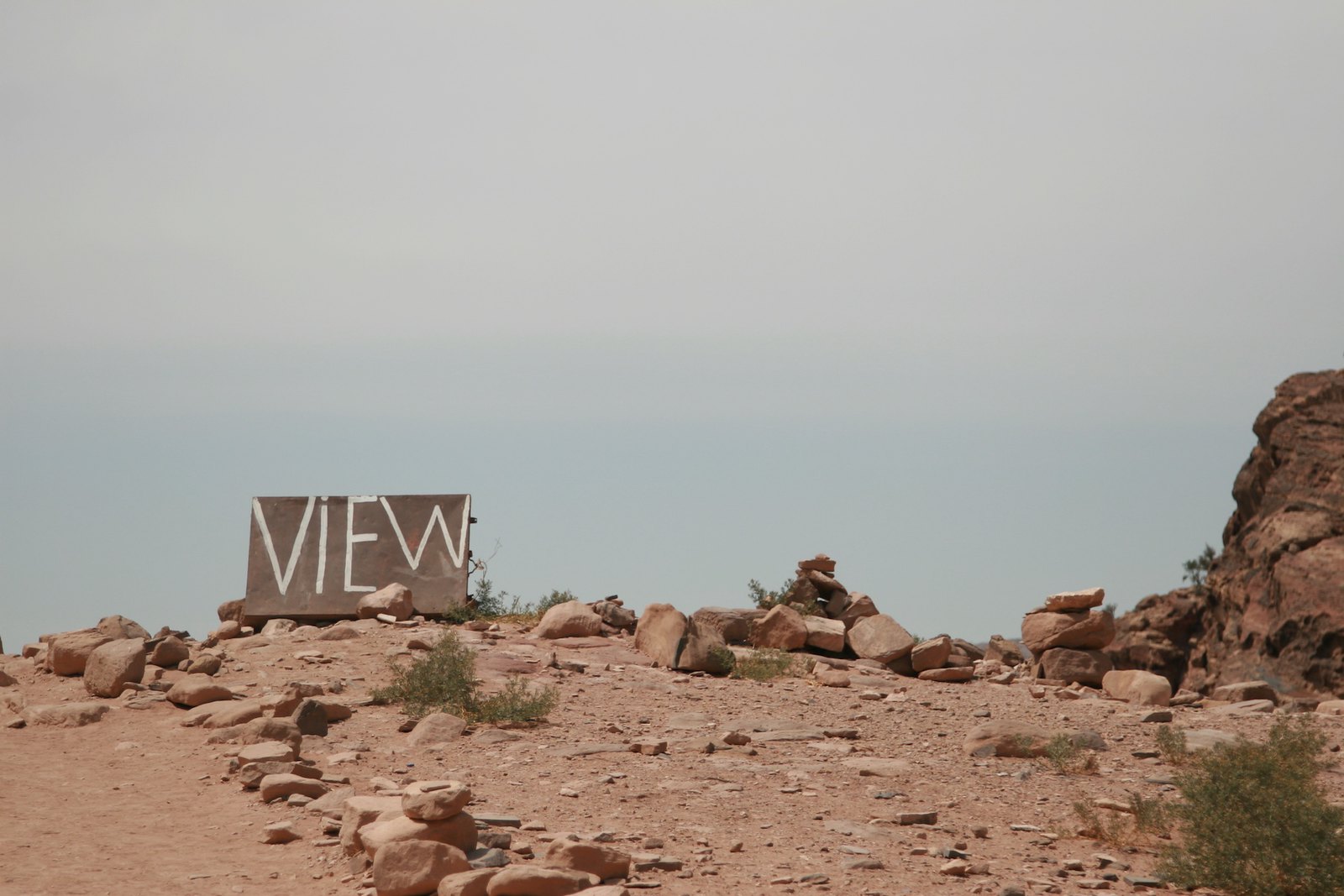 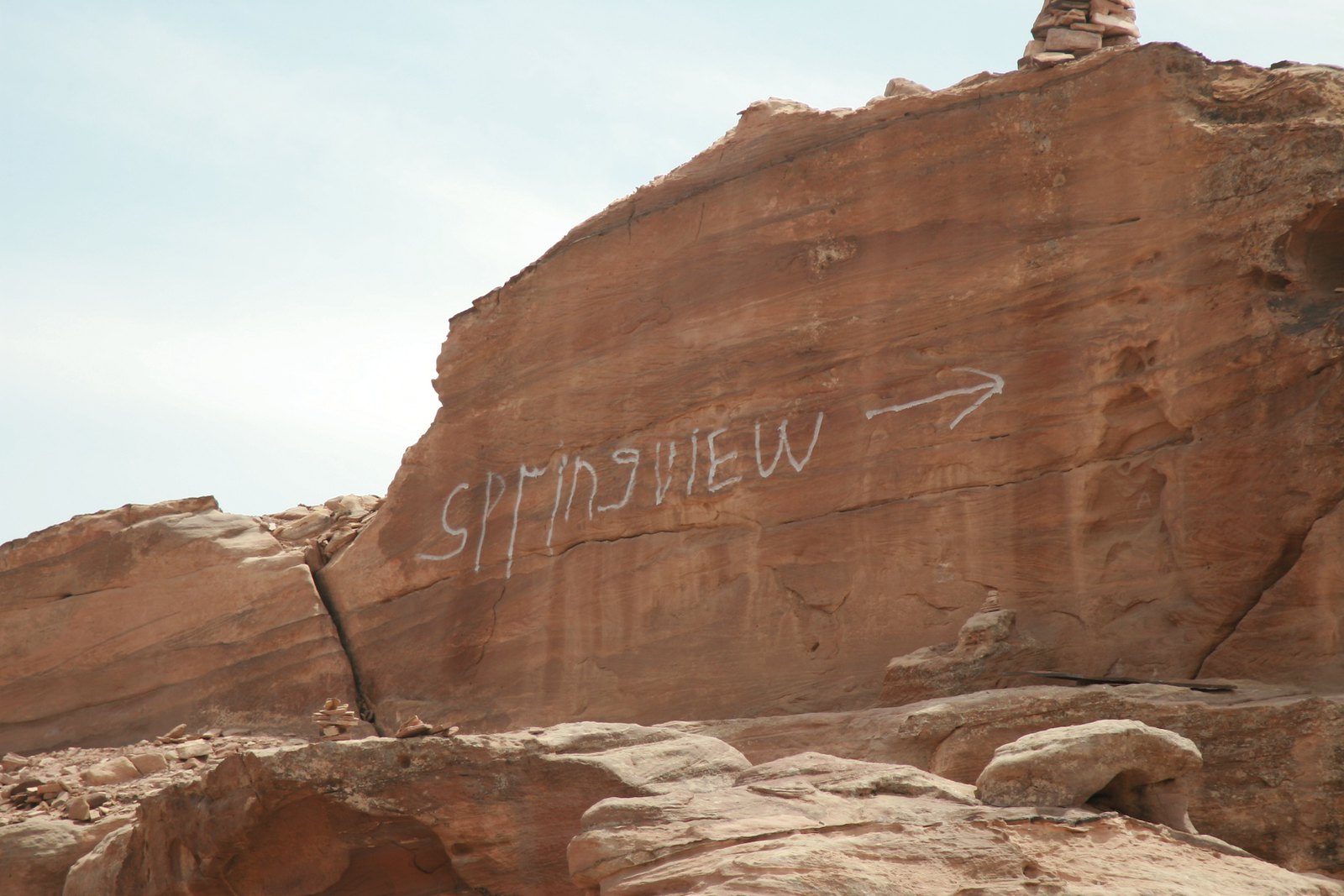 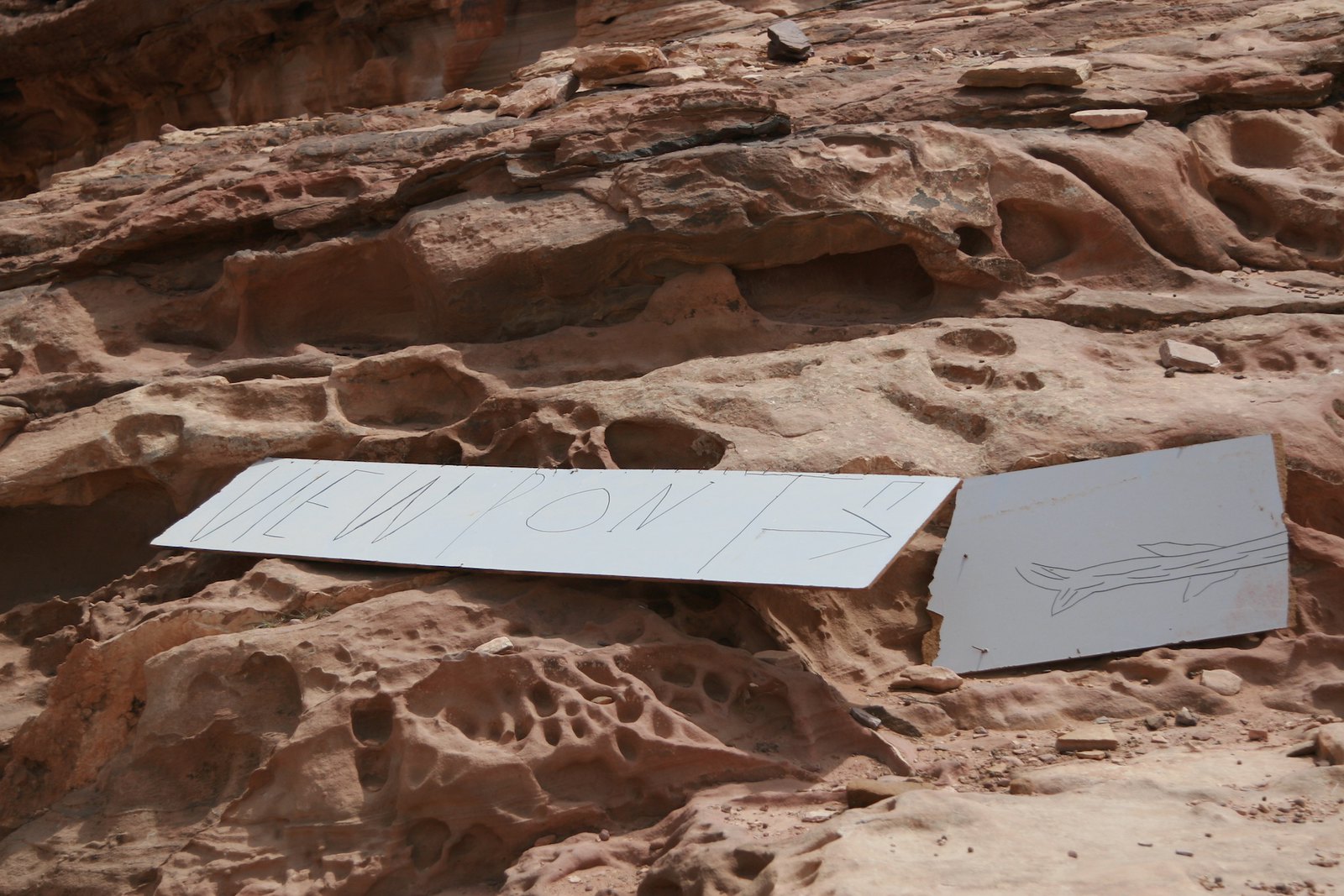 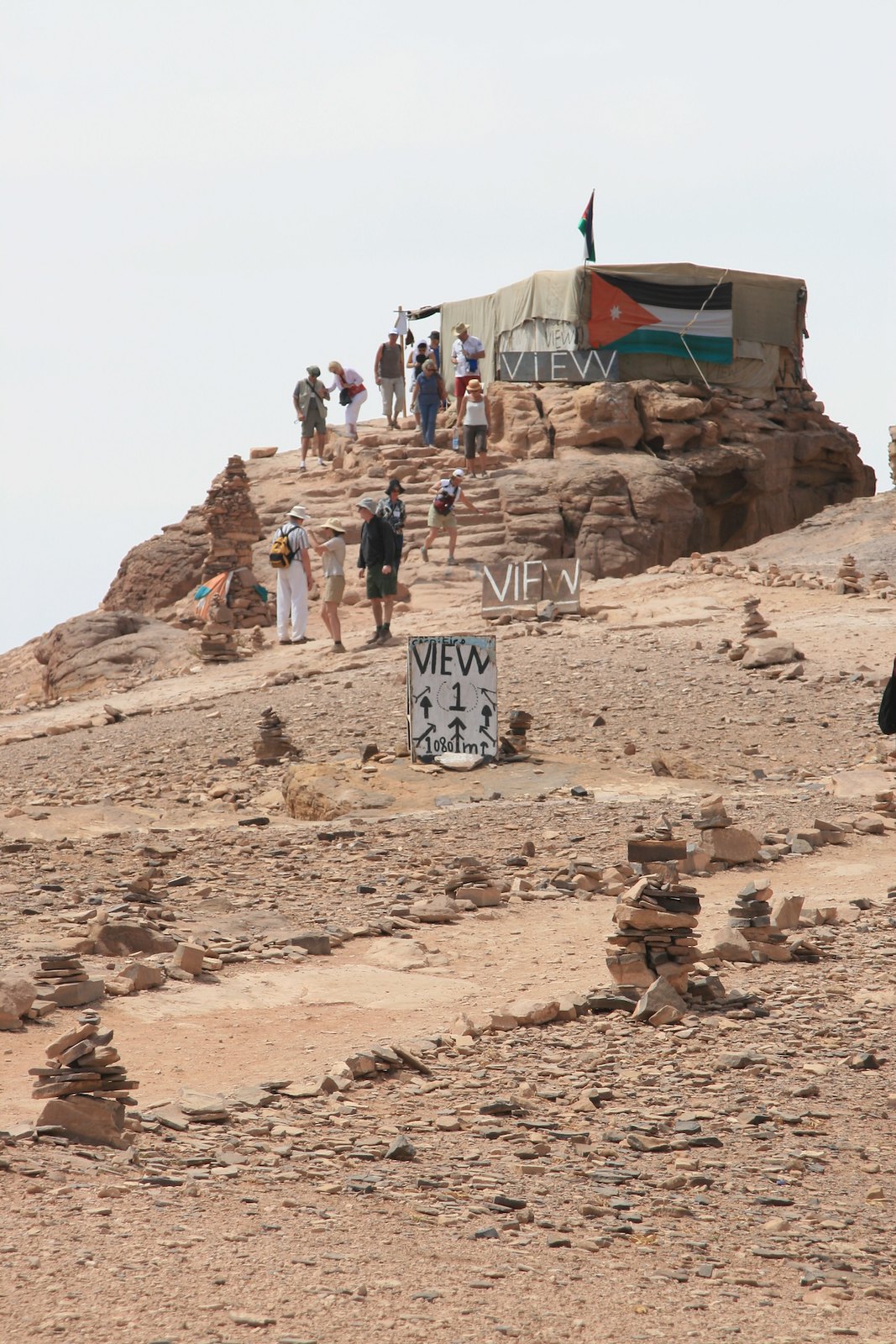 The following morning, a friendly 6:15am pounding on our hostel room door kindly altered us that our 7:00am bus to the protected desert area of Wadi Rum was leaving immediately. Blurry-eyed, we boarded the bus. It came to our attention an hour or so into the trip that this wasn’t the right bus, so the friendly driver let us off in the middle of the desert where we could attempt to find someone going our direction. Through some cosmic alignment of the stars, our tour guide happened to call someone who called someone else, who told him that we were dropped off in the desert; so, sure enough, he was there to greet us and drive us from the point where the bus abandoned us.

We spent a day and a night in the protected desert of Wadi Rum. It was a bit of a shock to find that desert wildlife requires protecting much like the rainforest. To be honest, I’m still not 100% sure what they are protecting, but the three wild camels I saw must appreciate it. While in Wadi Rum, we ran into the Jordan Search and Rescue squad while hiking up a small set of stairs to a landmark known as Lawrence’s Spring. Dressed in camouflage, an odd choice of attire for those who are searching… and rescuing, they were there on a training exercise. Apparently this exercise required them to climb the same set of stairs, reach Lawrence’s Spring, and assemble the sheesha pipe they had been carrying in a large duffle bag. Mission accomplished. They offered to share their delicious sheesha and tea with us. I told them they had a great job. They laughed and nodded in agreement. Well, at least anyone reading this has the satisfaction of knowing you may receive some free sheesha if you get lost, and found, in the Wadi Rum outback… that is, if you can spot the Search and Rescue team in their camo. 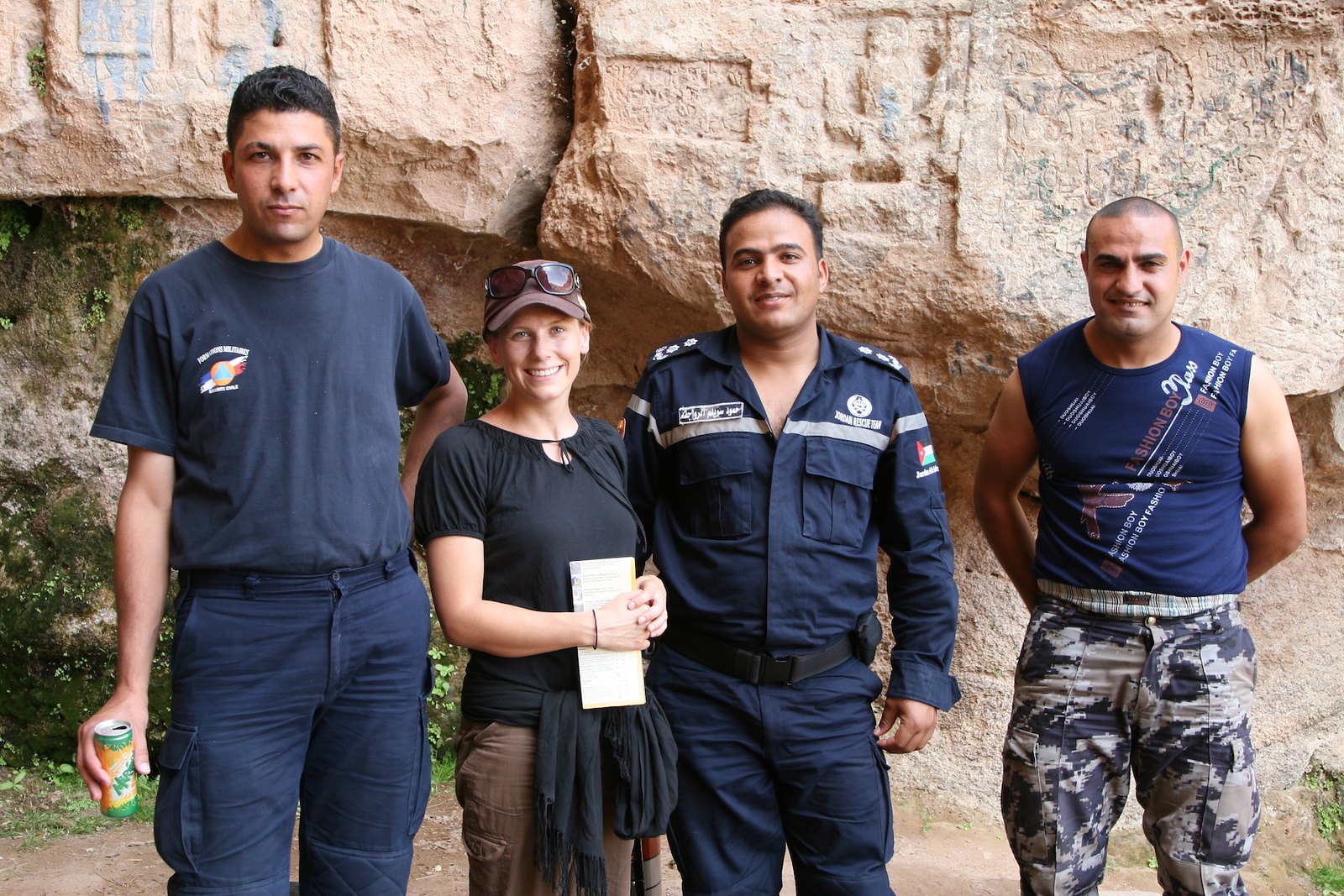 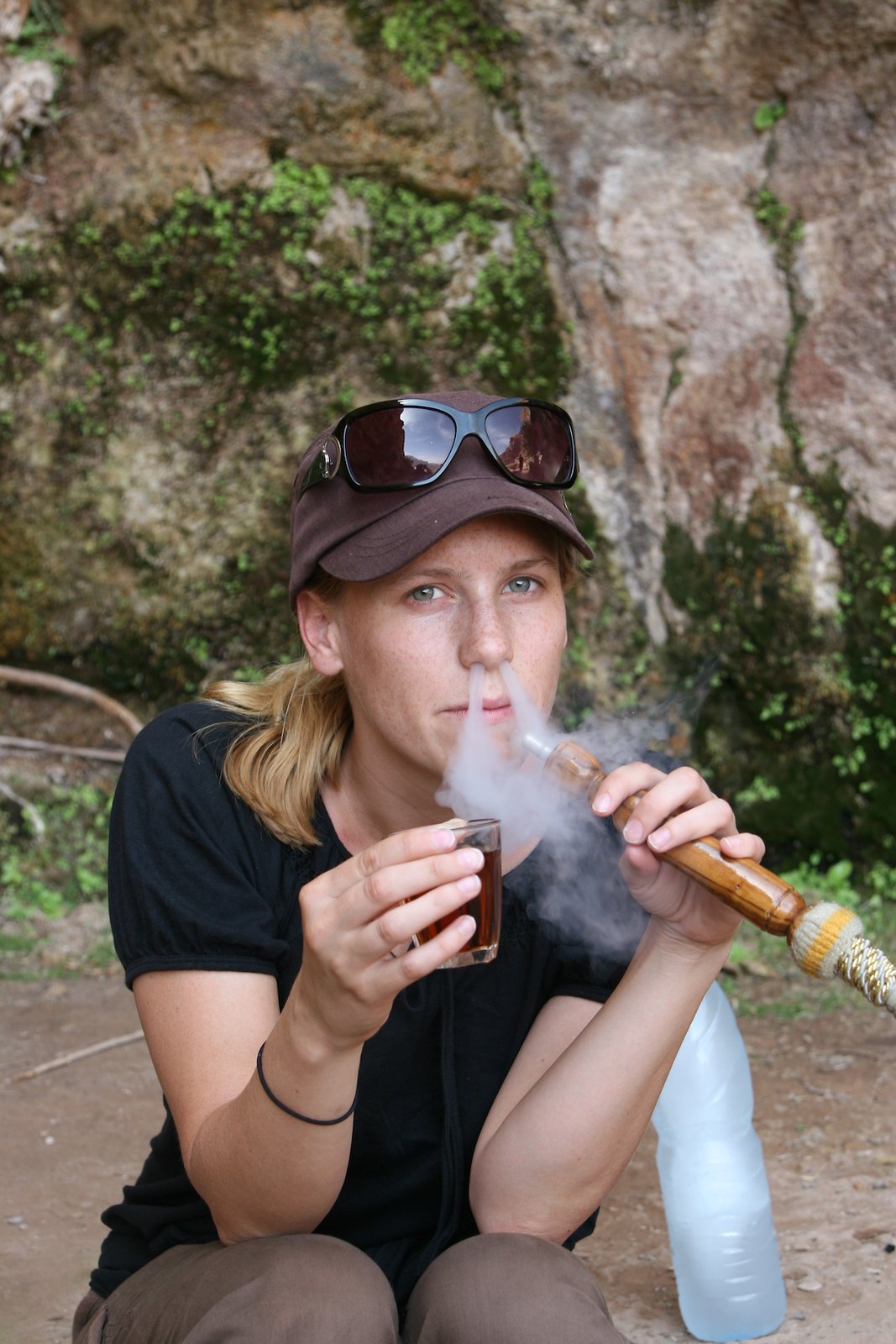 After spending the night in a Bedouin Camp, we made our way to Aqaba. Oh, Aqaba. Promises of sun and relaxation on the Red Sea. Allison and I each took in one brilliant dive, complete with a sunken tank, puffer fish, and a beautiful assortment of coral. Then, it hit me. Perhaps it was too much hummous, or the sketchy water from the Bedouin camp, but I was to spend the next 48 hours in bed. To compound matters, the beds must have been crawling with bed bugs or ants. In rough shape, various staff from the hotel took an interest in my recovery. The hotel taxi driver drove with Allison to a pharmacy. The diving school continued to inquire about my condition. The hotel owner fed me yoghurt with garlic. The hotel owner, Mohammedsea, was particularly interested in my recovery as I had been helping him reply to business emails for hotel bookings and one “special” email from a woman he had a particular romantic interest in (he was insistent that I write romantically and use an emoticon of a heart somewhere in the email).

Itchy but now mobile, we left Aqaba for two final nights in Amman. The bus to Amman was particularly interesting as a number of the friendly Jordanians used their cell phones to share their musical tastes with us. My conclusion is that headphones must not yet be readily available in this country. Sometimes, two Jordanians would compete for who had the loudest cell phone. The movie on the bus was also captivating. The main character had an affinity for anything Dolce & Gabanna and his mother suffered a horrible sewing death about 15 minutes into the movie. Even though I didn’t understand a word, the bus attendant was kind enough to play the last 10 minutes of the movie 8 or 9 times so I know the guy in the trendy white suit was killed in an explosion after a sniper shot D&G’s best friend; meanwhile, a judge acquitted a number of people who were trapped in a cage.

We spent our last full day in Jordan on a tour of the Dead Sea highway (Mount Nebo, Madaba, Baptism Site, Amman Tourist Beach). We shared a driver with two other people from our hostel and set out of the day. Our driver loved American music and had a selection on repeat throughout our drive. The selection must have been smaller than originally anticipated as show me the meaning, of being lonely come up rather often. The Dead Sea was a blast. Because of the salt density, you are able to float on the surface without treading a single drop of water. In a very scientific test, Allison and I determined it takes about 30 medium-sized rocks on your stomach to get your ears wet when reclined on your back. I highly recommend the experience. Still a little queasy from Aqaba, we had our driver drop us off at a Jordanian pizza restaurant. Wanting to give us the full ‘New York’ pizza experience, they promptly changed CDs and put on show me the meaning, of being lonely… 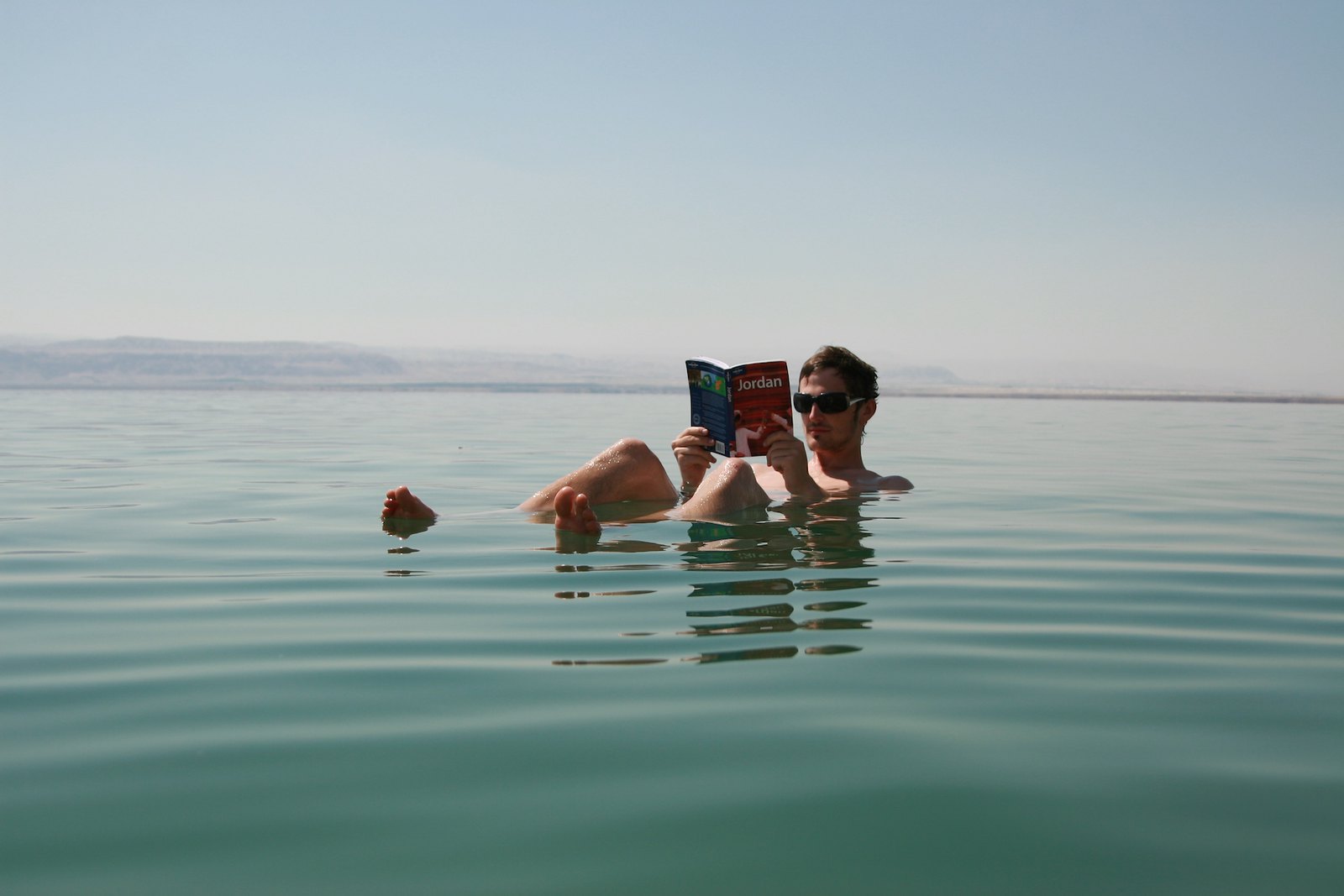